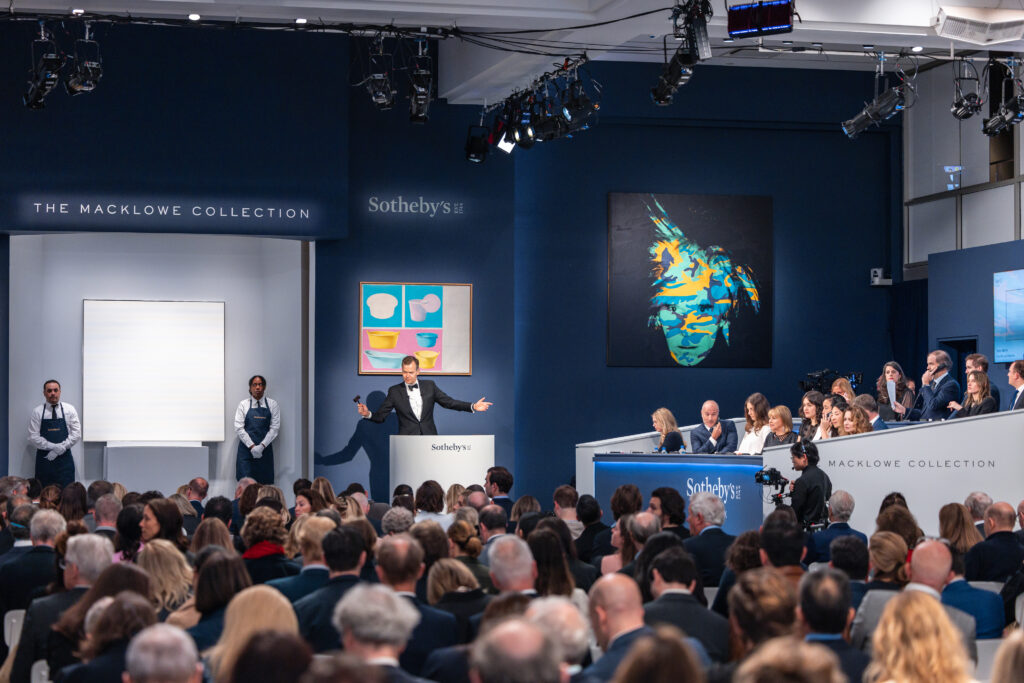 Sotheby’s staged the second tranche of the esteemed Macklowe Collection on Monday evening and snared the highest priced single owner collection at auction after realizing $246. 1 million for the thirty lots sold.

Tacked on to last November’s $676.11 million evening haul for 35 lots, the combined total for the collection hit $922.2 million.

It exceeded the Peggy and David Rockefeller Collection which fetched $835.1 million in a series of auctions in 2017-2018 though it still stands as a record for a charity sale.

Monday’s tally, including fees (meaning the buyer’s premium and the one percent ‘overhead’ premium for each lot sold), surpassed pre-sale expectations at $167.6-236.4 million. Estimates do not include those fees

It was a ‘white glove’ affair, meaning no lot went unsold but that has to be tempered by the fact that all of the offerings were backed by either house guarantees or third party ‘irrevocable bids’.

In other words, the entire ensemble was essentially pre-sold. 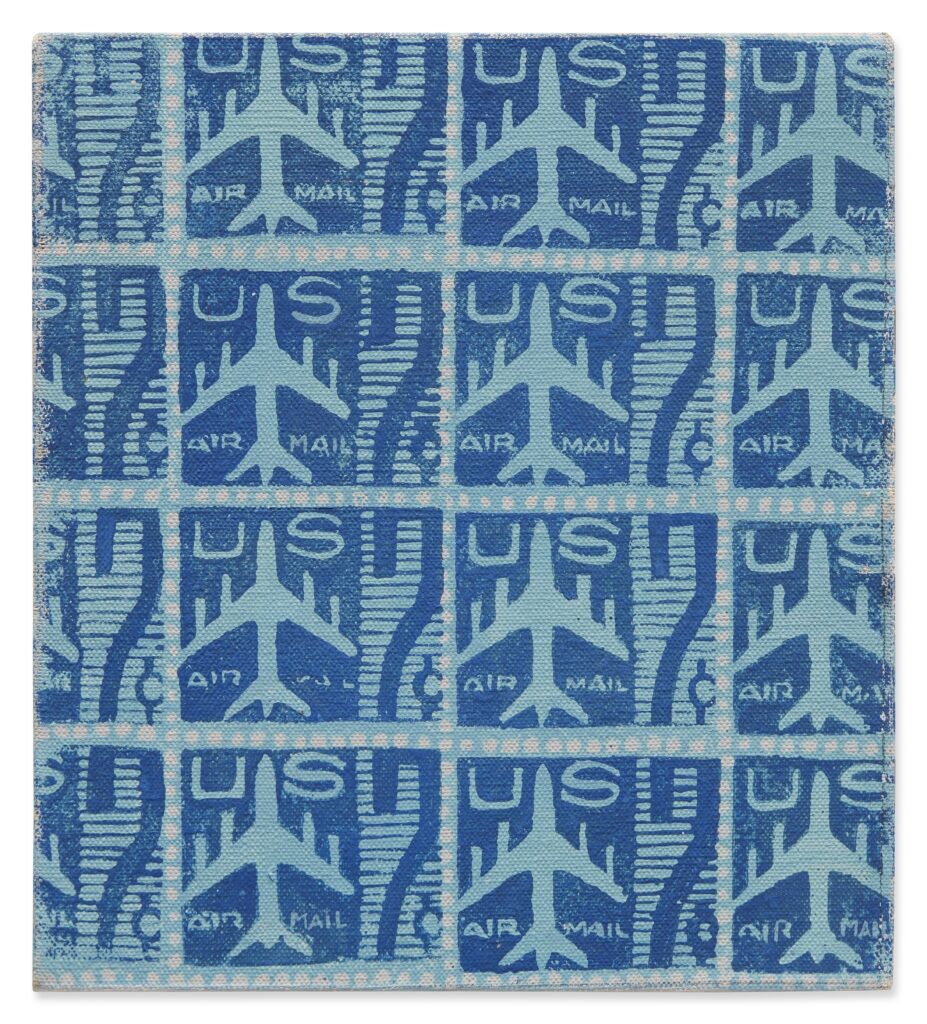 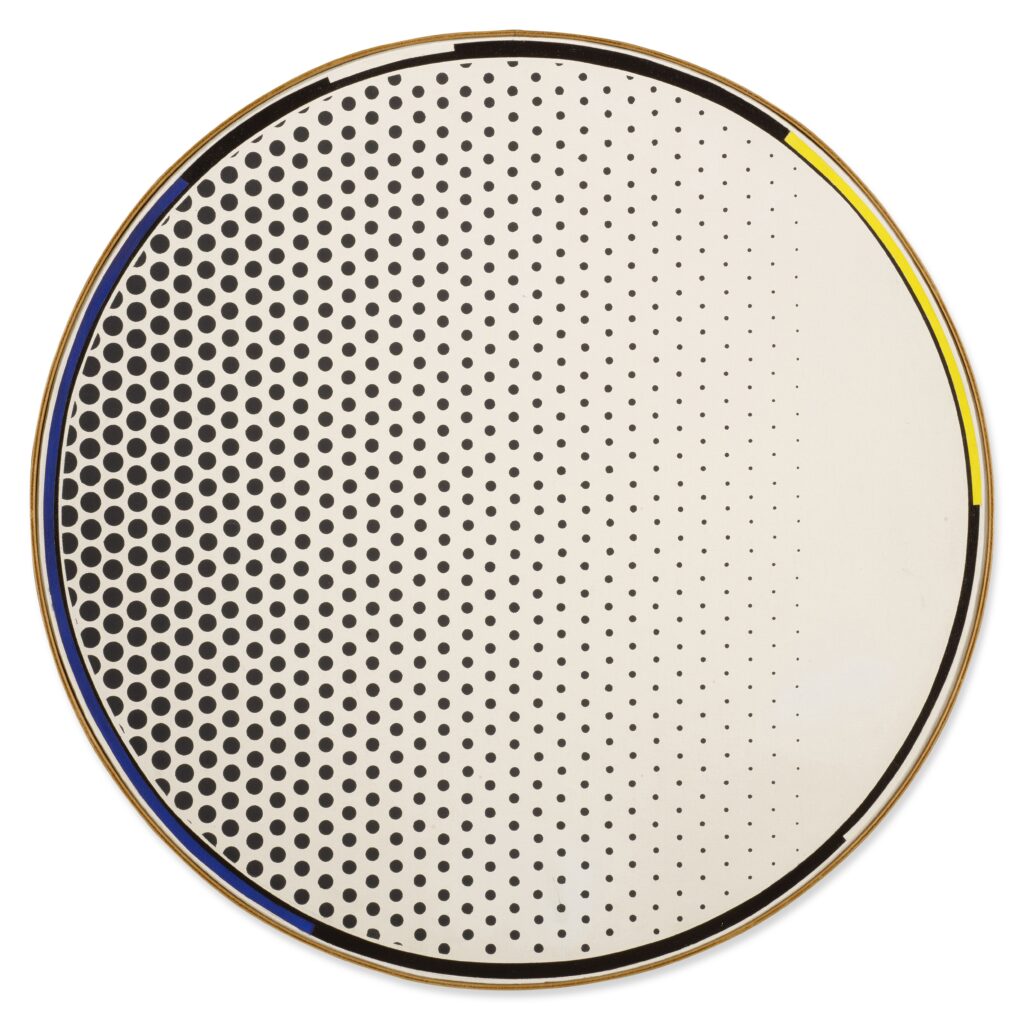 The Macklowes acquired the painting in 2000 from the Richard Gray Gallery, one of the handful of blue chip dealerships the couple serially bought works from over decades of collecting as well as Gagosian, Pace, Anthony d’Offay and Daniel Weinberg in Los Angeles.

It was dealer Andrew Fabricant who made a cold call from Gagosian to Linda Macklowe in the late ‘80’s that got that collaborative phase of the ball rolling. He later ran the New York outpost of the Richard Gray Gallery before returning to run Gagosian. 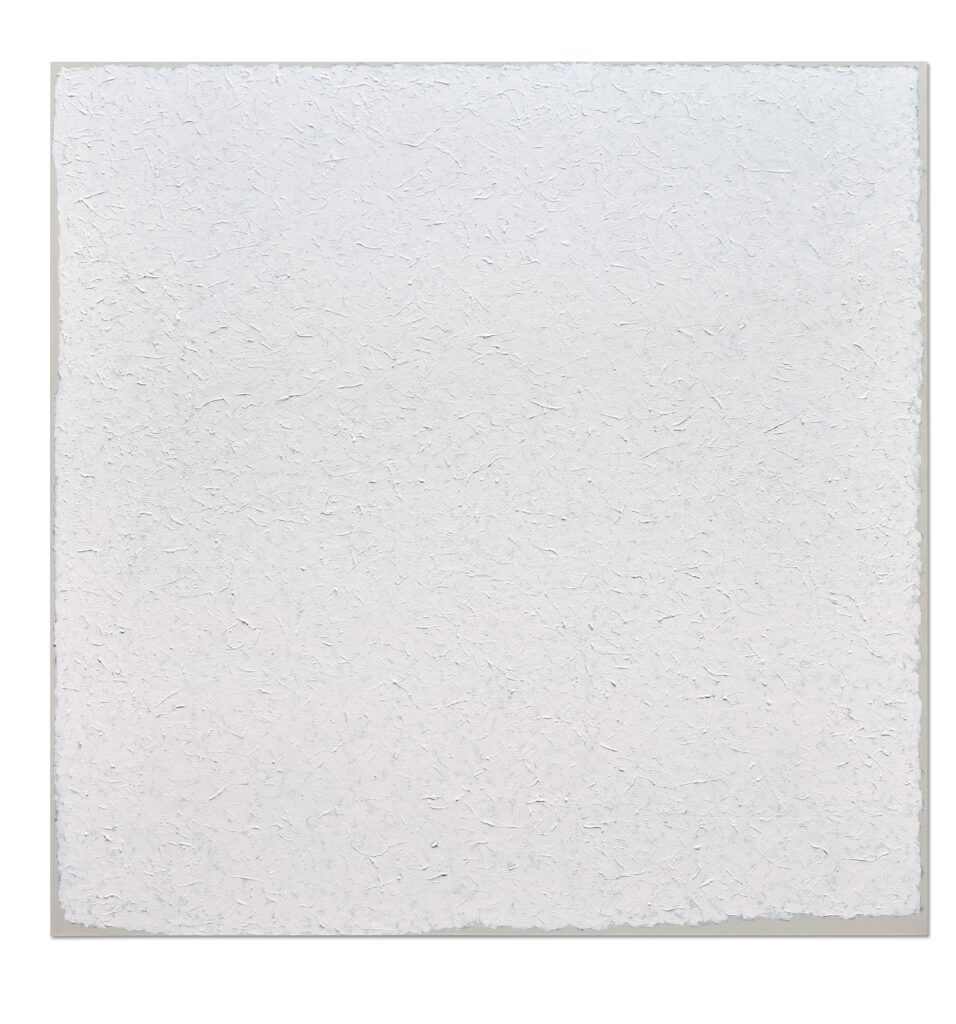 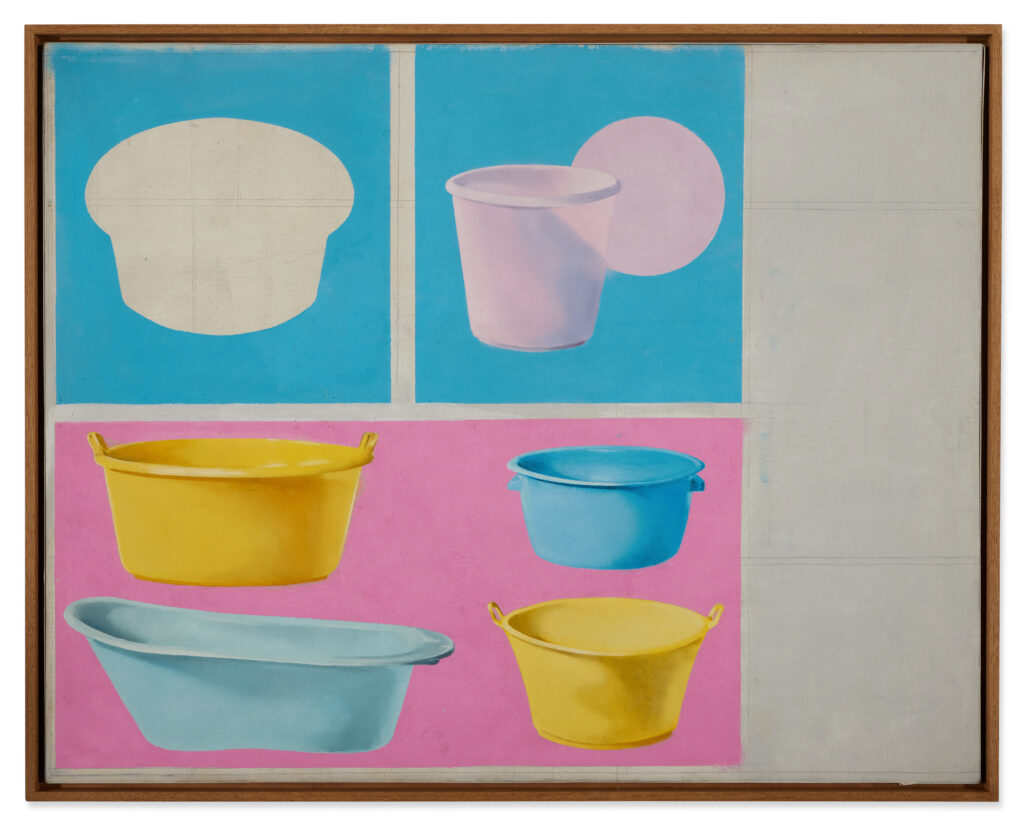 It last appeared at auction at Christie’s London in December 1992 when it bought in after failing to meet its £250-350,000 estimate and subsequently sold to San Francisco dealer Anthony Meier who sold the painting to the Macklowe’s in June 1998 for an undisclosed price. Asked what that price was, Meier good humoredly responded, “not a lot by comparison.”

It was the 10th highest Richter to sell at auction and of those, certainly one of the most beautiful photo realist works. 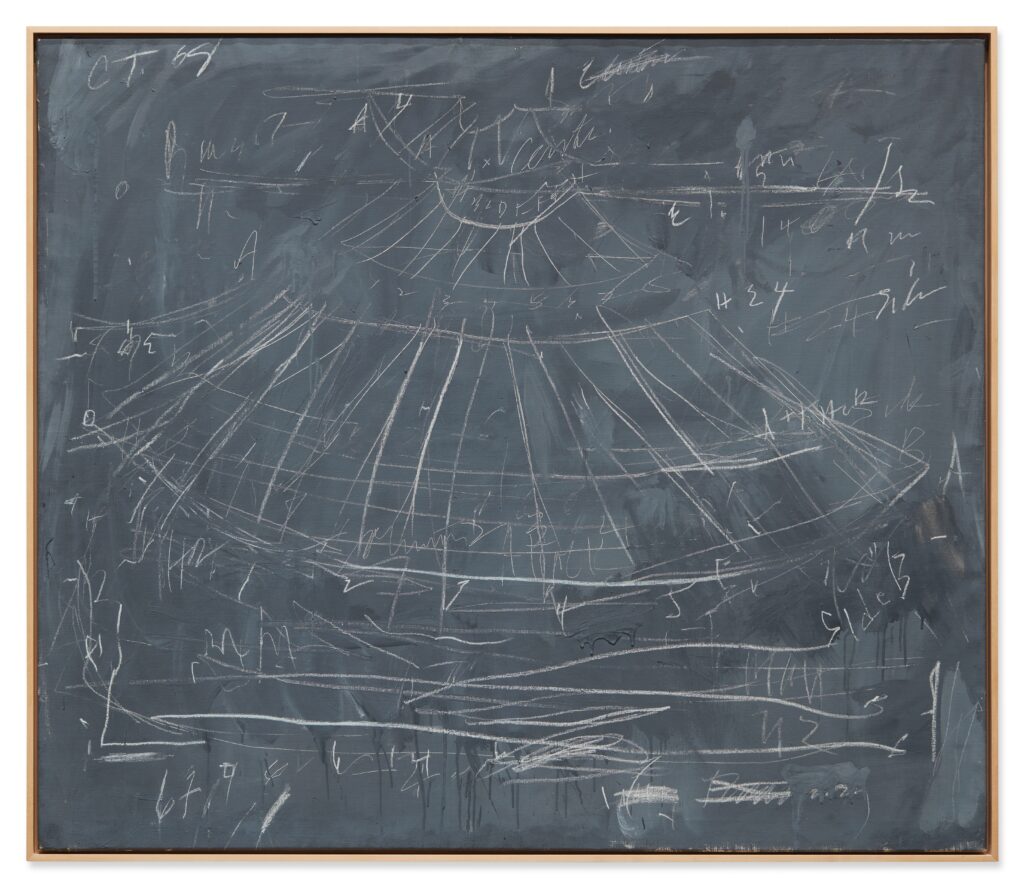 In that master class of 20th century titans, Cy Twombly’s blackboard styled “Synopsis of a Battle” from 1968, inspired by a Leonardo sketch and remarkably resonant of the current Ukraine war, sold to another anonymous telephone bidder for $13 million/$15,261,500 with fees (est. $12-18 million).

The couple acquired it from the long-shuttered O.K. Harris Gallery of Ivan Karp fame in January 1979, making it the earliest bought offering during this round. 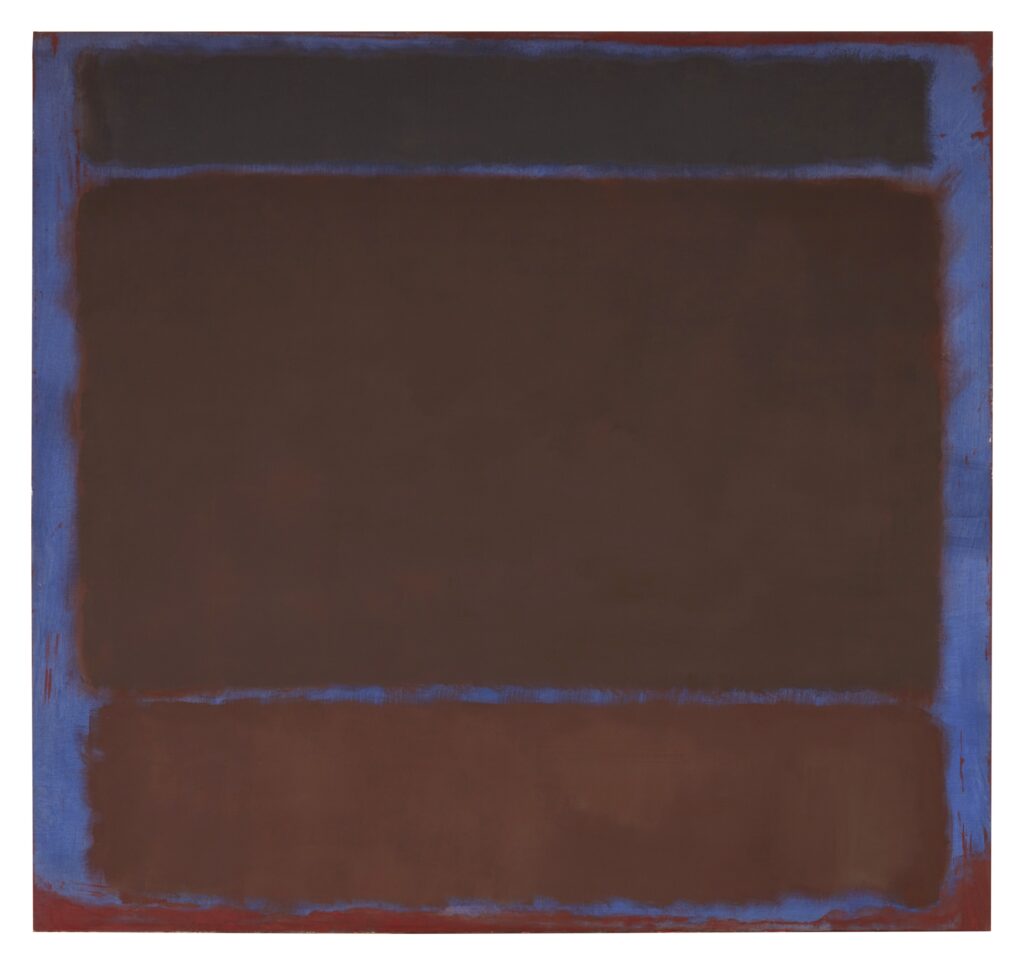 You can imagine how it might have looked in the Macklowe’s Plaza Hotel residence near Mark Rothko’s top lot and darkly luminous “Untitled” from 1960 that drew at least three phone bidders and journeyed to $41.5 million/$48,008,000 with fees (est. $35-50 million).

Never before publicly exhibited, the painting, completed a year after the artist’s storied Seagram murals, ranks as the 12th most expensive Rothko at auction.

The couple (who ultimately and acrimoniously divorced after 57 years of marriage in 2018 and these sales became their court ordered division of assets) bought the Rothko in June 1983 from Pace Gallery. 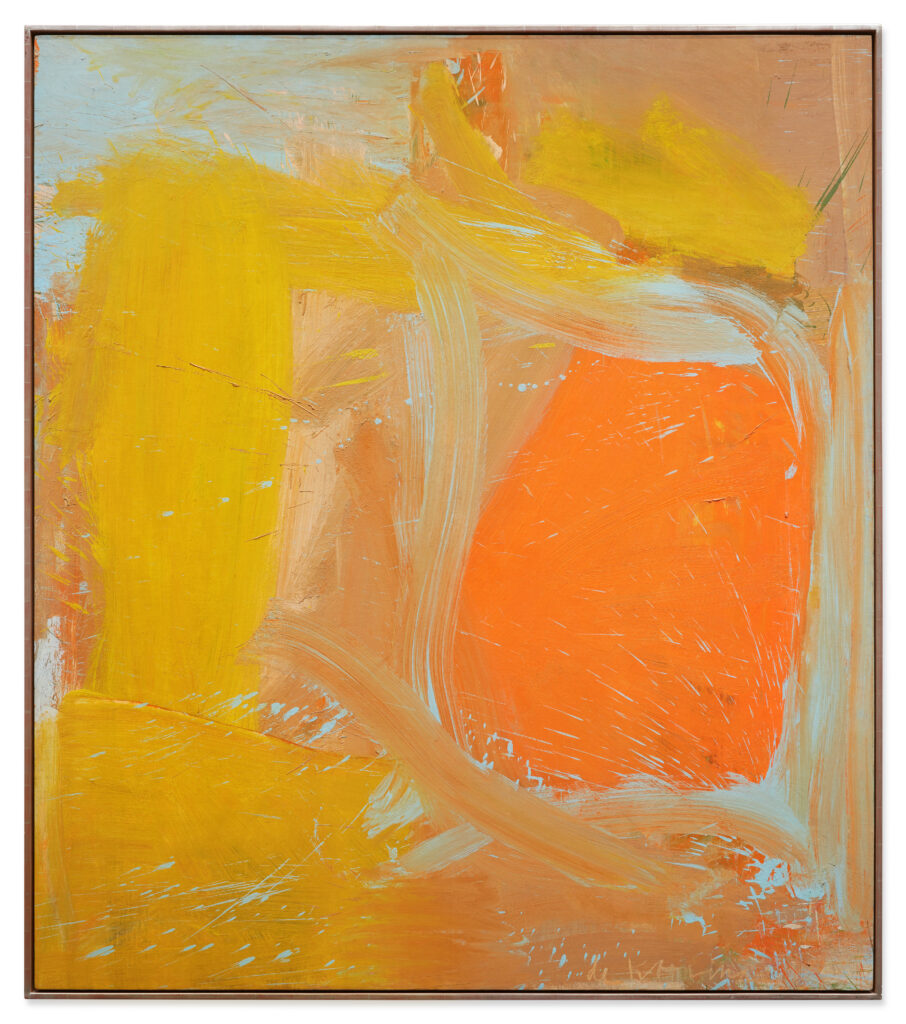 Another key Pace sourced work, Willem de Kooning’s sea, sand and sun tuned abstraction, “Untitled” from 1961, painted soon after the artist departed Manhattan for the light infused Springs of the Hamptons and bought the same year as the Rothko, sold to another telephone for $15.2 million/ $17,789,300 with fees (est. $7-10 million). 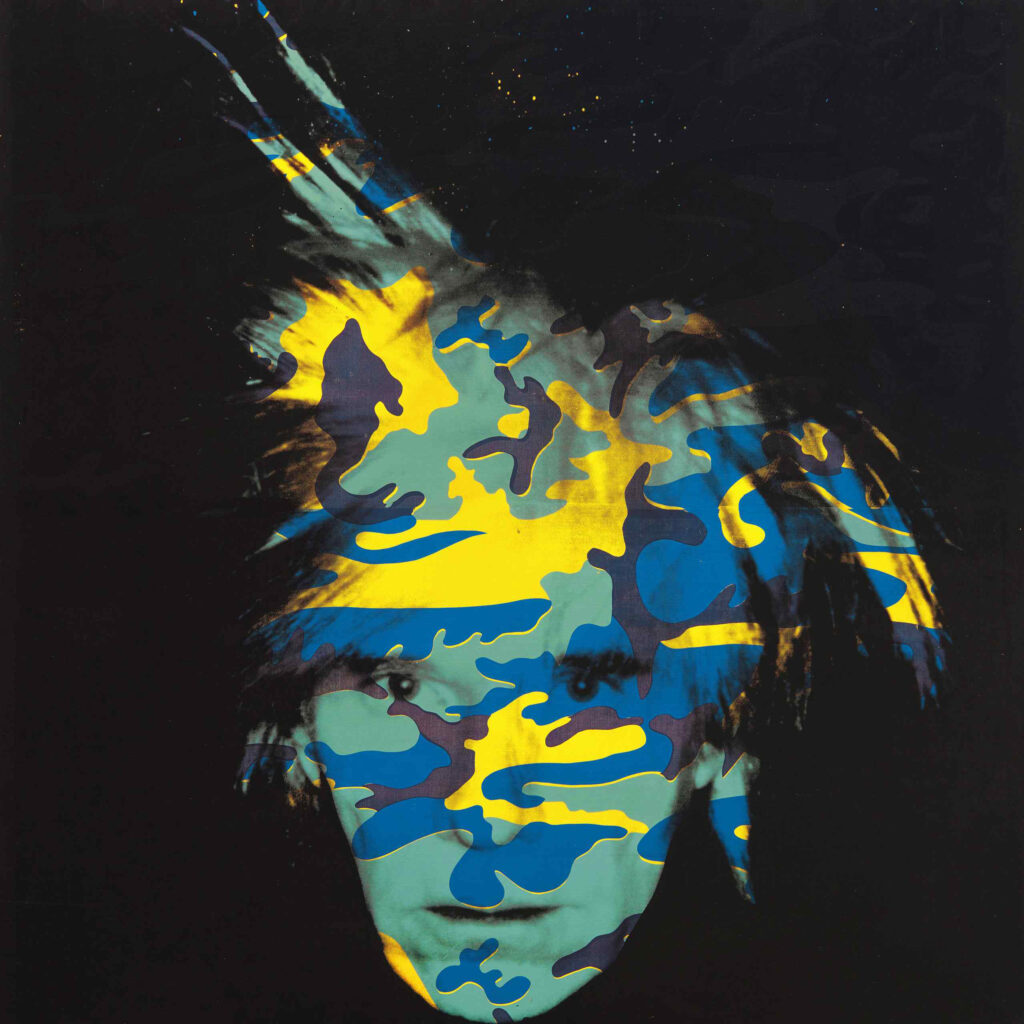 It would be the artist’s last series, painted just months before his unexpected death following routine gall bladder surgery.

The couple acquired it from d’Offay in London in April 1989.

A second Warhol, the all-over red “Hammer and Sickle,” dedicated to the late Italian art collector Carlo F. Bilotti who has an eponymous museum in Rome, hit a mid-estimate $5.3 million/$6,414,200 with fees (est. $4-6 million). 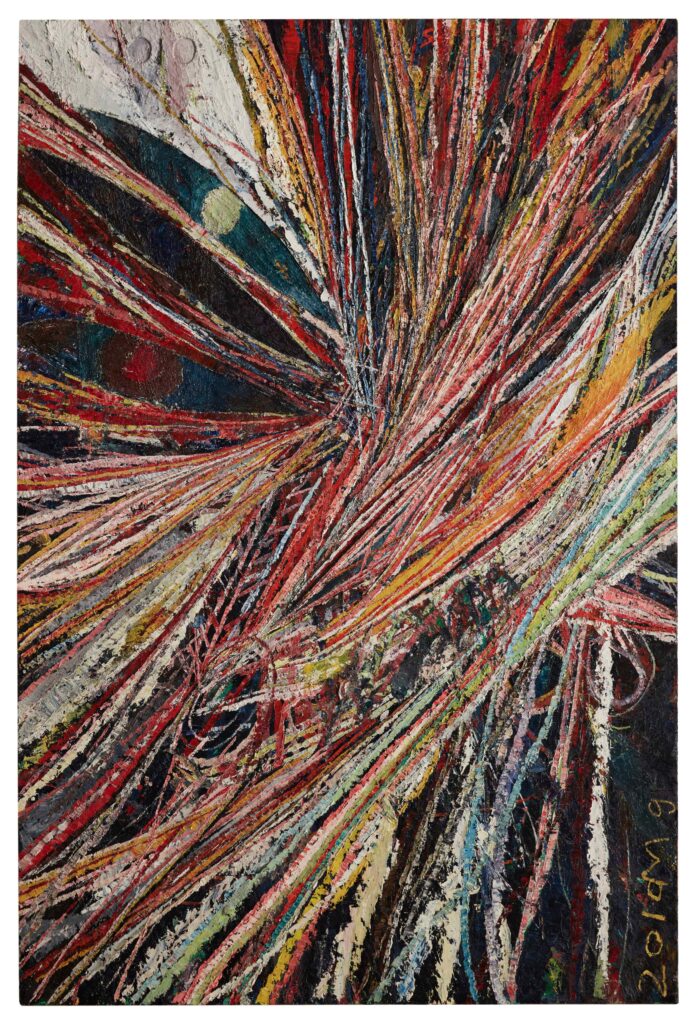 For the most part, the Macklowe kit performed within estimates, indicating they were either too aggressive in expectations or the market was simply acting within reason, as evidenced by Mark Grotjahn’s richly surfaced “Untitled (Side Swiped and Carved Face 41.32)” from 2009-2010 that landed at $6.8 million/$7,500,000 with fees (est. $6-8 million).

It last appeared at auction at Sotheby Parke-Bernet, New York in October 1974
And sold at a hammer price of $70,000.

The Macklowe’s acquired it from the now shuttered though still famed Sidney Janis Gallery in 1983. 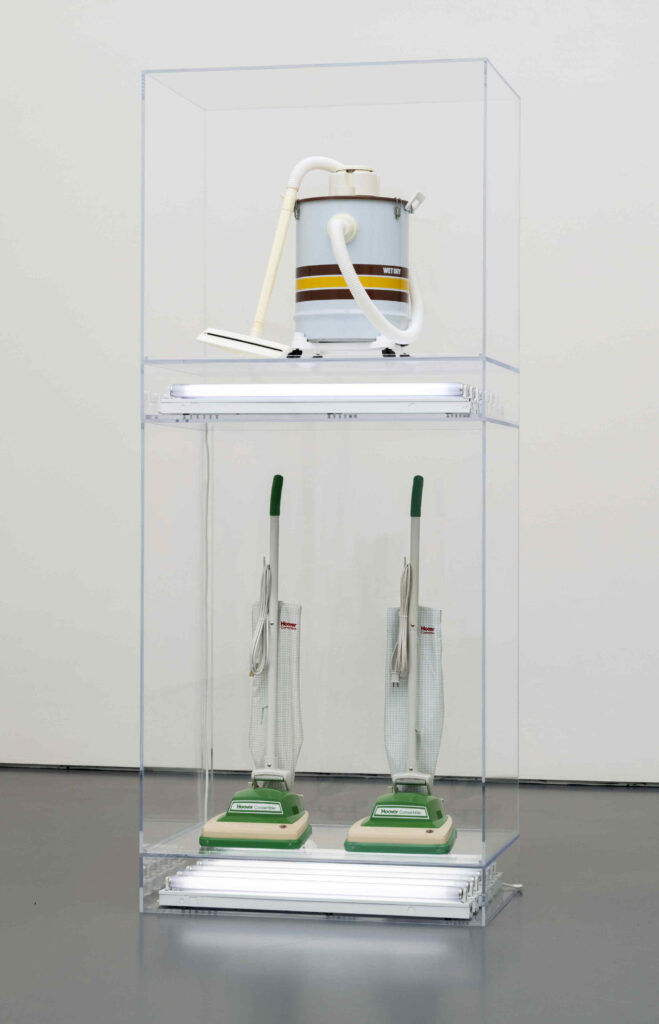 The evening action resumes in a few hours at Sotheby’s Modern sale, featuring an estimate on request, in the region of $50 million Claude Monet.