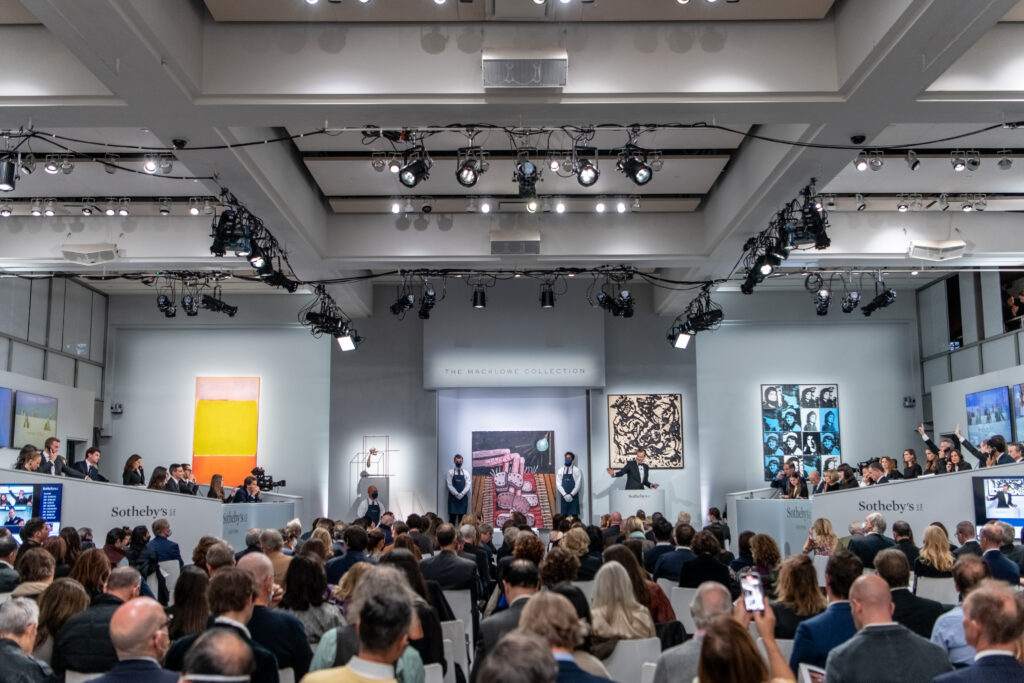 Sotheby’s pulled off the first stage of The Macklowe Collection with a white glove, 100 percent sold $676,055,000 evening sale, making it the most expensive single owner sale in auction history.

Financially backed by an undisclosed global guarantee, propped up with twenty-two so-called irrevocable or third party bids, the single owner tally eclipsed the mark set for that rarified category at the Peggy and David Rockefeller: 19th & 20th Century evening sale at Christie’s New York in May 2018 that brought $646,133,594.

It also shattered the earlier tally achieved in Paris at Christie’s (in association with Pierre Bergé & Associes) in the Collection of Yves Saint Laurent et Pierre Bergé in February 2009 at $443 million. 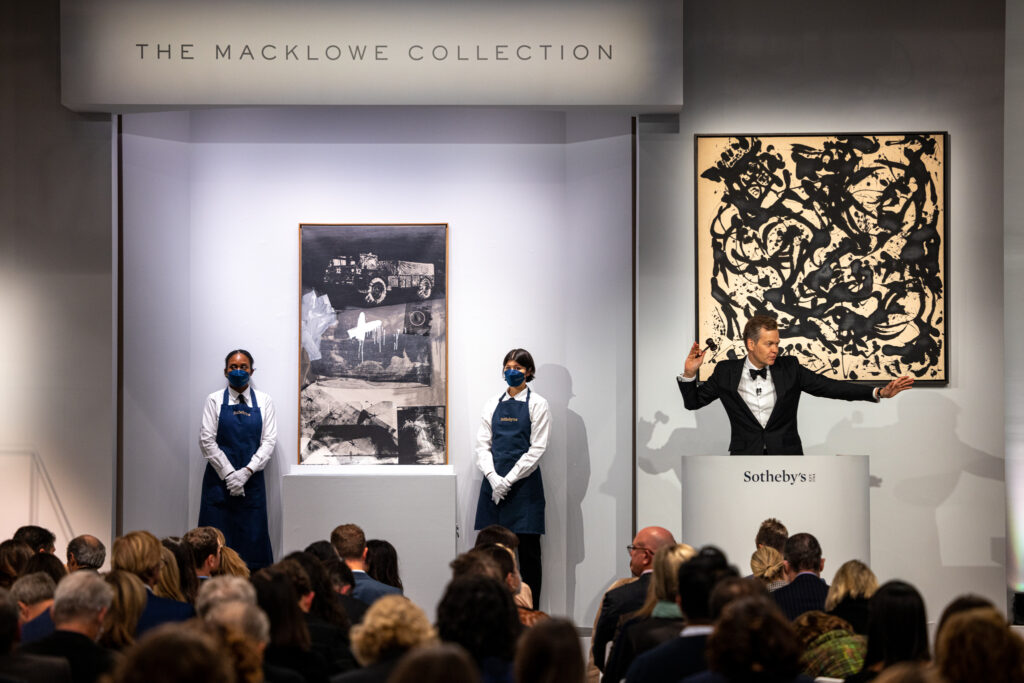 The 35 lot Macklowe trove easily surpassed last week’s stunning evening auction of “The Cox Collection: The Story of Impressionism” that realized $332,031,500 at arch-rival Christie’s for the 23 lots offered and also 100 percent sold.

Unlike any of those cited evenings, the Macklowe event came about not as an estate situation but as a court ordered liquidation for the divorced couple. 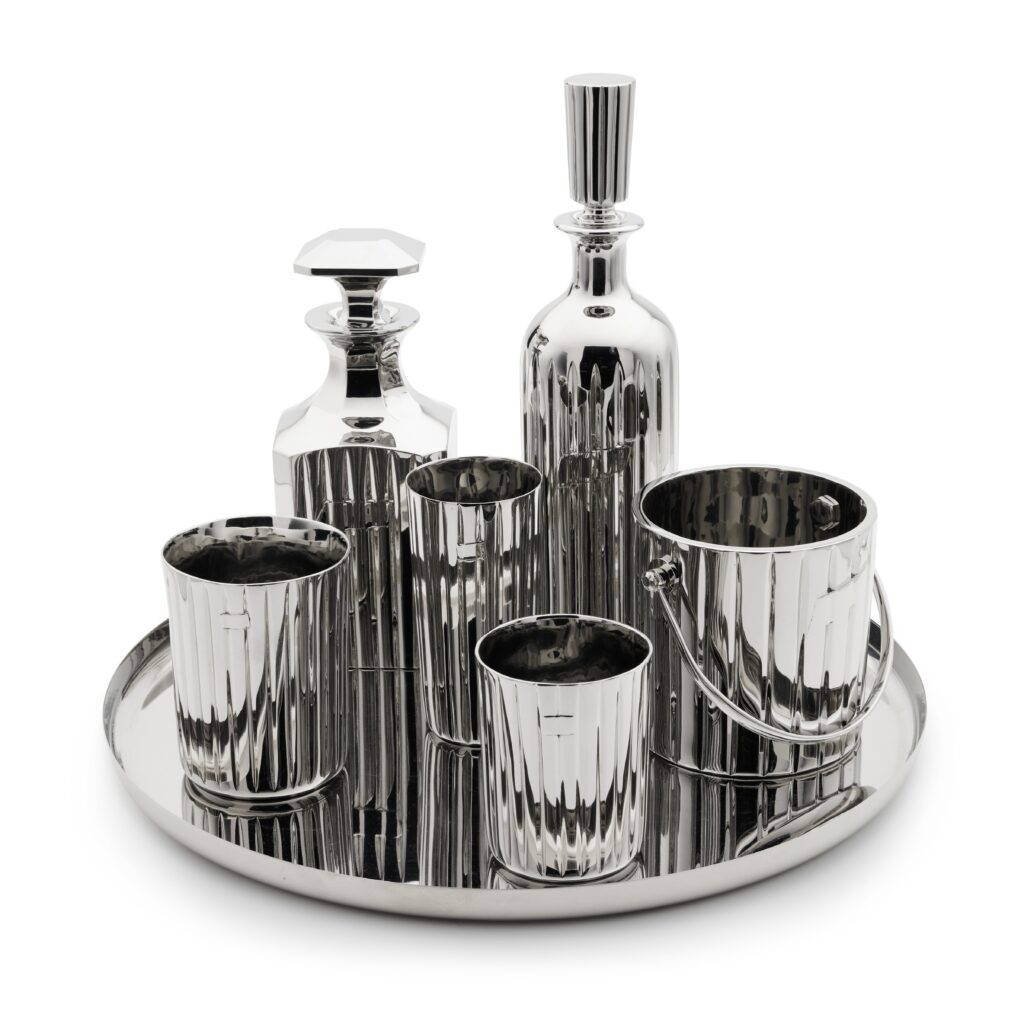 The evening got off to a leisurely start with Jeff Koons’ uber decorative and editioned “Baccarat Crystal Set” in stainless steel from 1986 that sold to art advisor Amy Cappellazzo of Art Intelligence Global for $1,956,000 (est. $900,000-1.2 million). 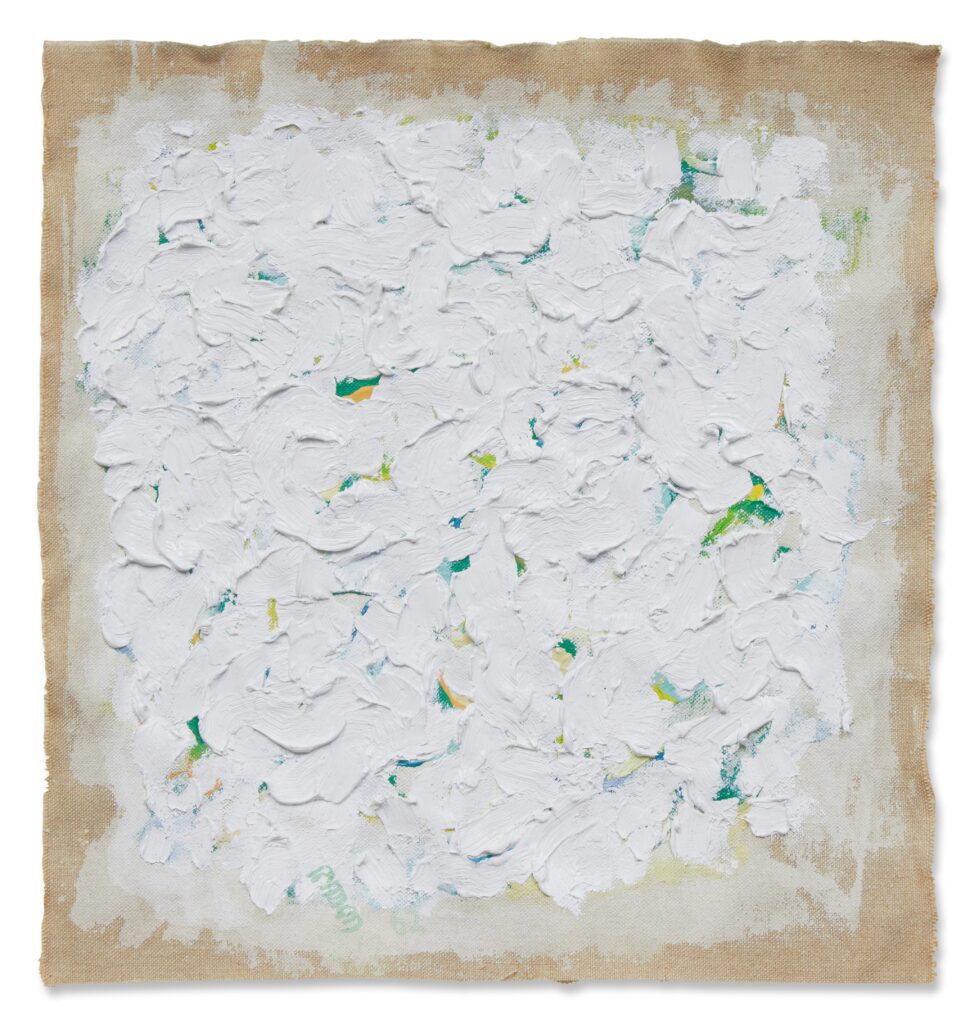 The deKooning was acquired by the couple from the Richard Gray Gallery in 2003 for an undisclosed price and that formerly resided in the celebrated Dallas collection of Howard Rachofsky, according to catalogue notes.

In fact, the lion’s share of the offerings were quietly and meticulously acquired by the couple over decades through a small group of New York galleries and relatively few at auction. 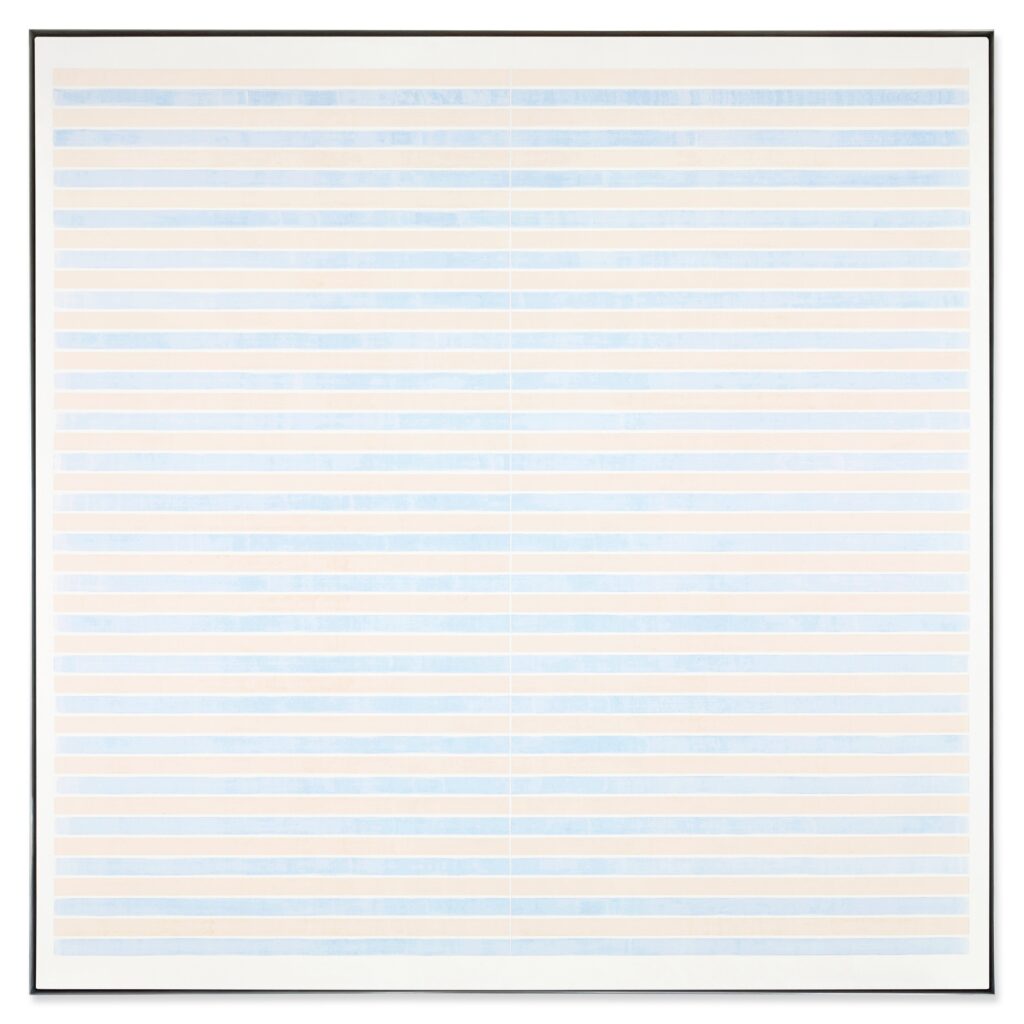 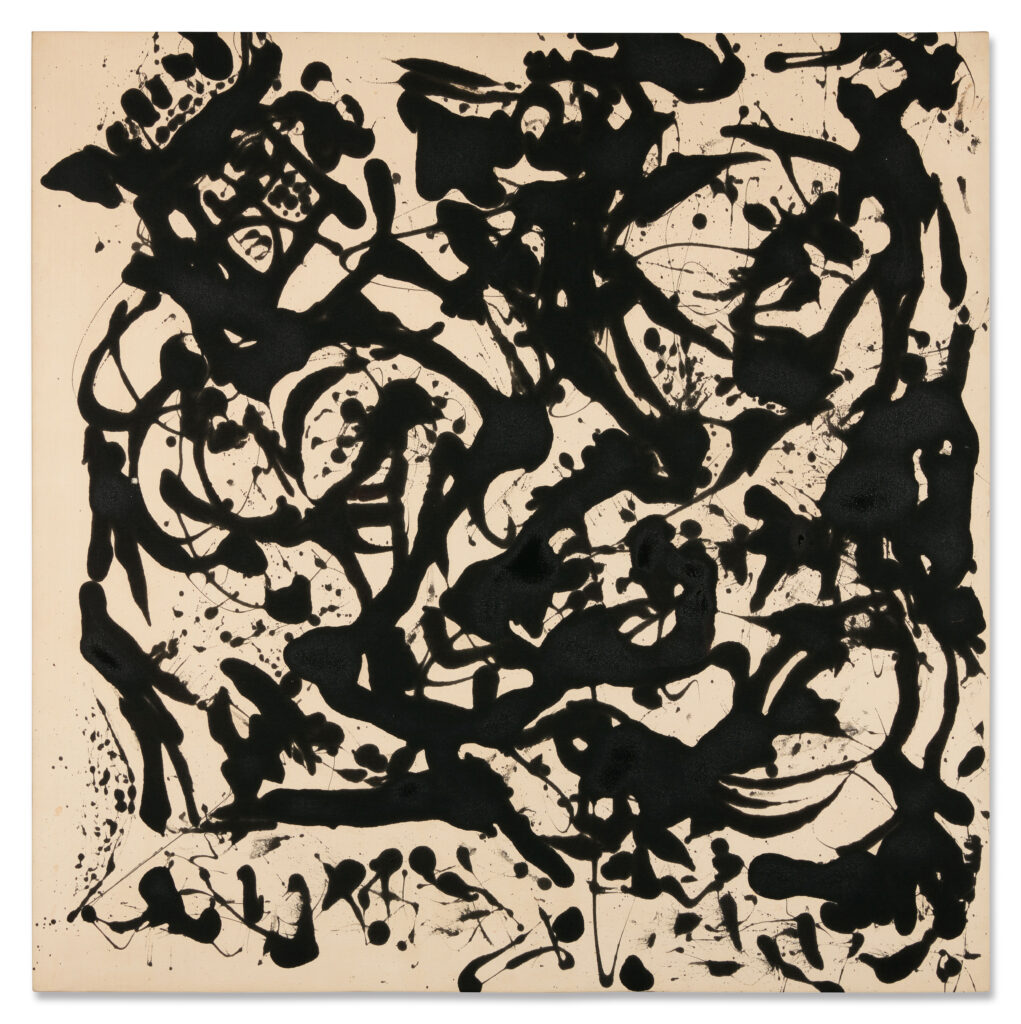 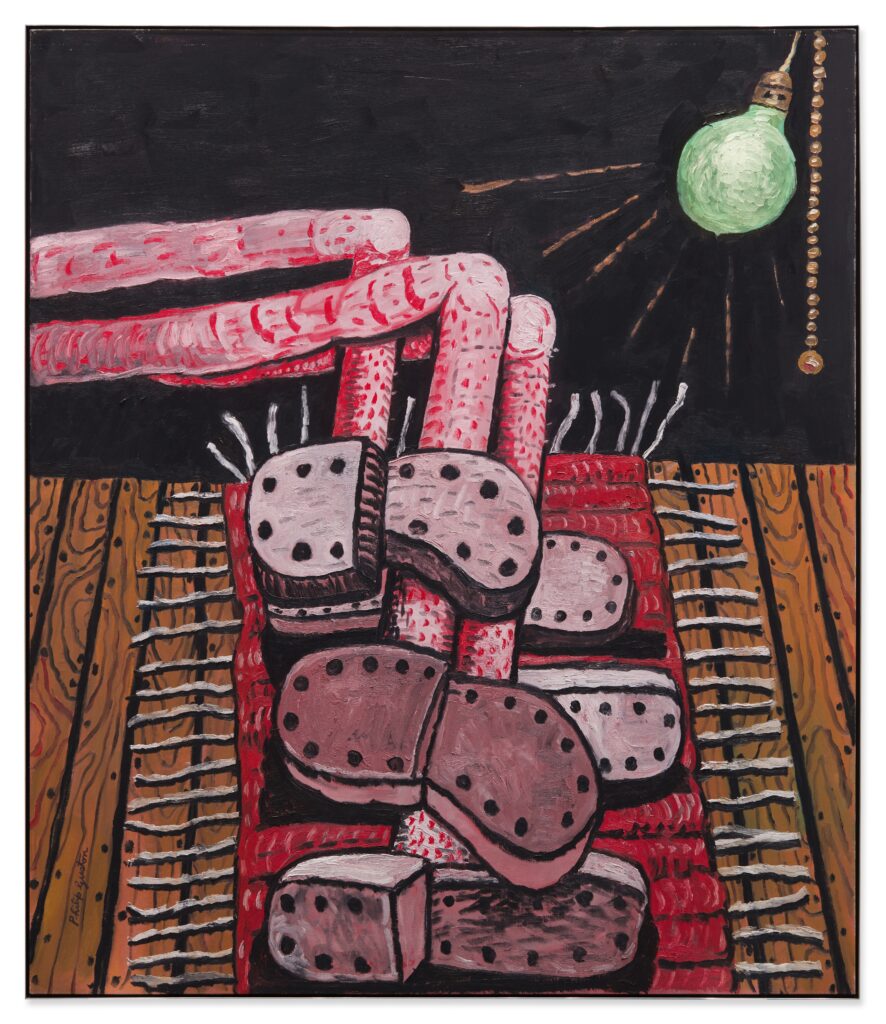 The couple acquired the work from the now shuttered David McKee Gallery in 1984, a time when Guston’s late work was largely maligned by the market as well as by art critics. It gained fame after starring in MoMA’s traveling exhibition, “High & Low: Modern Art & Popular Culture” in 1990-91. 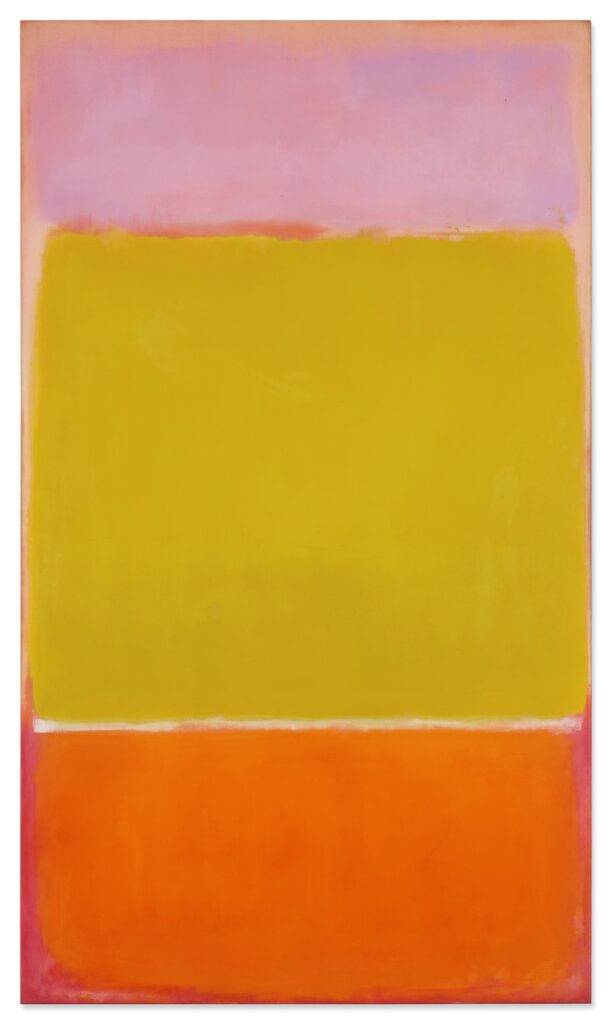 But the big daddy and top lot of the evening was taken by Mark Rothko’s magnificent and heavenly hued abstraction from his breakout year of 1951, “No. 7” that also attracted deep Asian bidding and realized $82,468,500 (est. $70-90 million).

The painting debuted at Rothko’s historic Betty Parsons Gallery solo exhibition in April 1951 when 11 paintings from that year were featured.

It was one of four works that made over $50 million with fees. 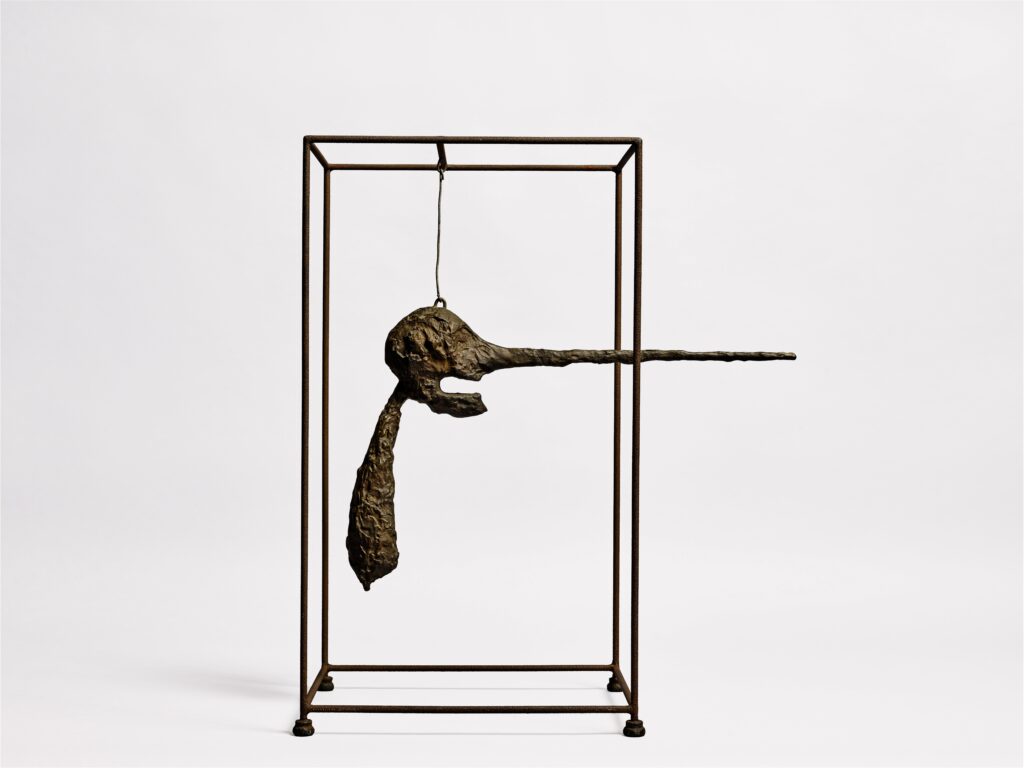 The last of that deep-pocketed group, went to Alberto Giacometti’s astonishing bronze, the suspended and caged “Le Nez,” certainly one of the legendary artist’s best known works, sold for $78,396,000 (est. $70-90 million) to the 31 year-old Crypto mogul Justin Sun bidding by telephone via a Sotheby’s specialist in Hong Kong.

Like Christie’s Cox sale, the salesroom resembled and actually was a kind of high-tech tv studio with boom led cameras and large-scaled screens displaying live stream the company’s bidding studios in London and Hong Kong and all of it deftly navigated by tuxedo clad Oliver Barker, chairman of Sotheby’s Europe . 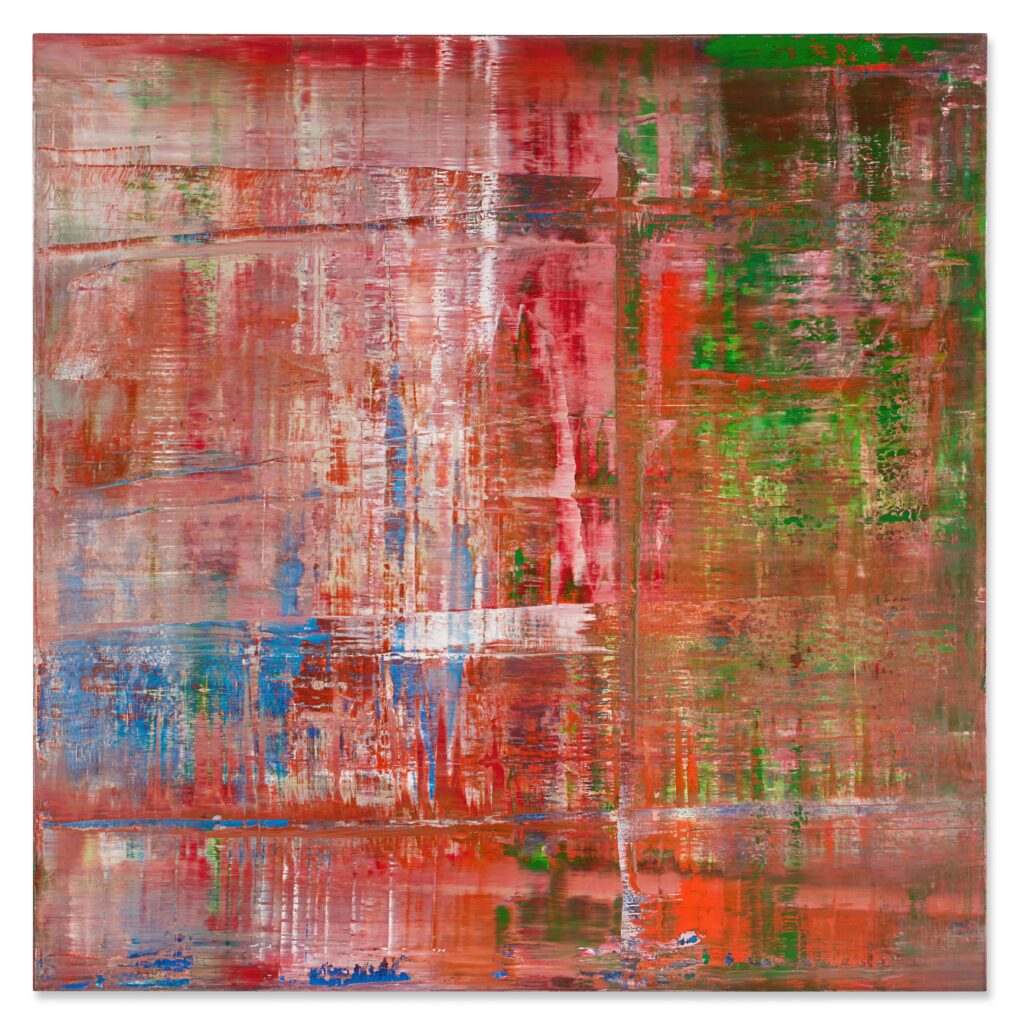 Of the six European artists featured in the American dominated Macklowe roster, Gerhard Richter’s color charged and large-scaled at 94 ½ inches square “Abstraktes Bild (797-2)” from 1993 and acquired by the couple at the Richard Gray Gallery New York in 2005, sold to London private dealer Francis Outred for $33,010,500 (est. $20-30 million).

Though Outred won the contest, there was heavy Asian bidding.

The couple acquired the work privately from London super-collector (and seller) Charles Saatchi in 1988.

Another European artist entry and one of only four sculptures in the blue-chip line-up was Pablo Picasso’s Surrealist ode in welded steel, “Figure (Projet pour un monument à Guillaume Apollinaire)” from 1962 that went for $26,278,000 (est. $15-25 million).

It was featured in the Guggenheim’s 1993 exhibition, “Picasso and the Age of Iron.”

To get a sense of how pricey this two hour evening progressed, the average lot price, including fees, was a whopping $19.3 million.

The painting came back to the rostrum some lots later, apparently due to a bid taker mistake and went again to Hess for a million dollars less than the earlier $42 million hammer price. It was the only hiccup of the evening.

A second classic ‘60’s Warhol, “Sixteen Jackies” from 1964 and featuring both the glamorous and smiling First Lady riding in the motorcade with her husband in Dallas and then grieving at JFK’s funeral as filched from news photos, made $33,872,250 (est. $15-20 million).

It was acquired by the couple at Christie’s New York in November 2006 for $15,696,000 and marked the only auction provenance of the evening.

As Barker noted in after-sale comments from Sotheby’s retrofitted salesroom,
“it’s the kind of sale auctioneers dream of.”