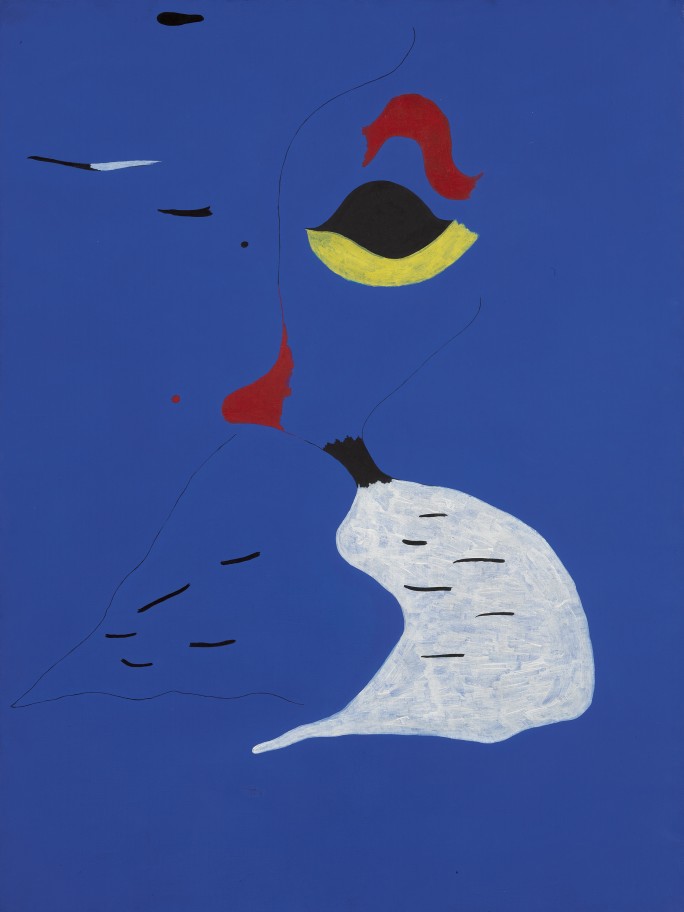 The live-stream, online auction world kept apace in these pandemic times on Monday as Sotheby’s cross-category, “Rembrandt to Richter” auction in London delivered a solid £149,730,290/$192,672,937.

Only three of the 65 lots offered failed to sell for a trim five percent buy-in rate by lot though five works were withdrawn before the sale, including the rare and late Francis Bacon lot that was estimated at £12-18 million. 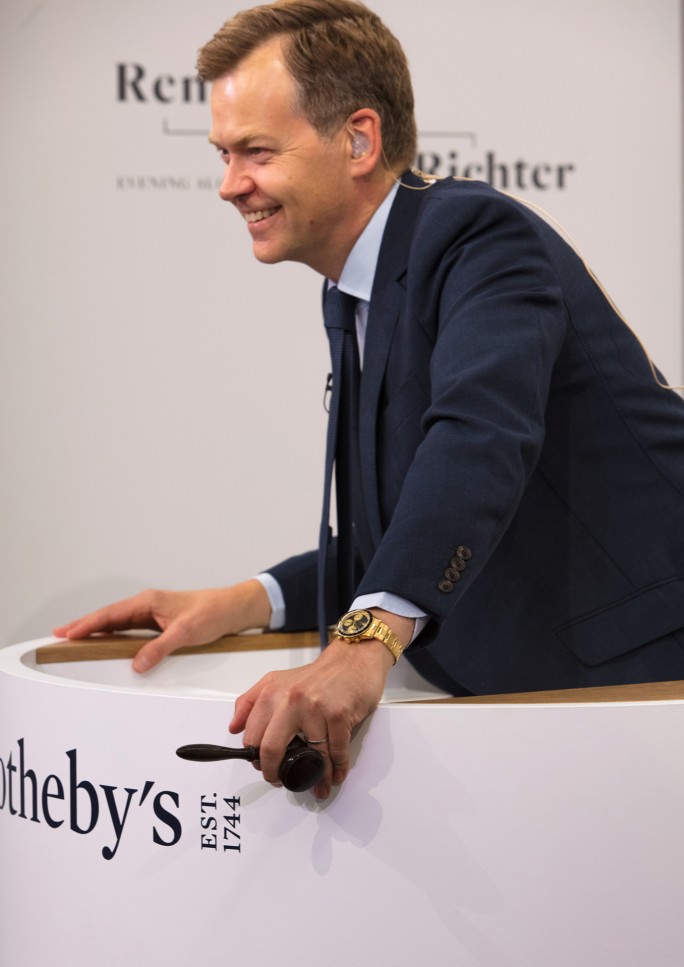 Ten works were backed by financial guarantees, with one fully financed by Sotheby’s and the rest insured by so-called irrevocable bids.

The solo in-house guarantee of Sigmar Polke’s “Nach Dali (After Dali)” from 1995 bought in (failed to sell) against an £800,000-1.2 million estimate and with it, became the property of Sotheby’s.

With this mix and match arrangement, it’s impossible to compare performance to previous outings in segregated categories such as Old Masters or Contemporary.

Rembrandt Harmensz Van Rijn, 1632, Self-portrait Of The Artist, Half-length, Wearing A Ruff And A Black Hat

It last sold at Sotheby’s London in 1970 for £650 and is one of 80 self-portraits in various media that the artist made during his extraordinary lifetime.

Only three, including this one, remain in private hands and four bidders chased the prize.

It easily eclipsed the previous high of £6.9/$11.3 million for a self-portrait, realized at Sotheby’s London in 2003.

It shattered the £157,250 mark set at Sotheby’s London in 2008 and represents a settlement agreement between the “the current owner” and the heirs of storied collector Fritz Gutmann who acquired the panel sometime after the Hotel Drouot sale in Paris in 1918 and later stolen by the Nazis. 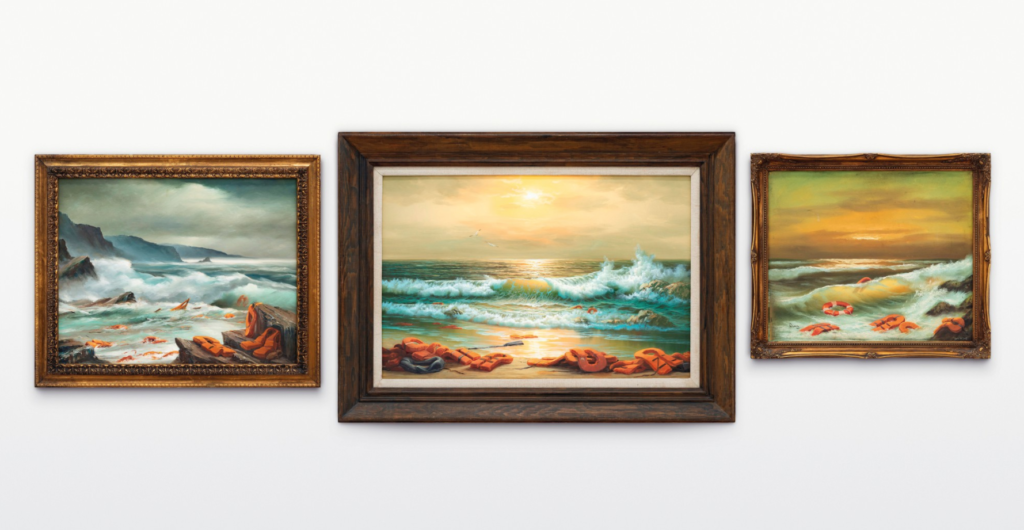 Auctioneer Oliver Barker made a compelling case about the battle on panel and the bidding war going on between two Sotheby’s specialists, drumming up interest or trying to, with noting “battle in the painting—battle in the bidding.”

One has to do something to keep the pace during these exceedingly long sales, this one weighing in at three and a half hours with one intermission and Barker excels with British laced banter.

Delighted with the competition, Barker intoned midway through the bidding, “who said auction battles were dead?”

He also and oddly complemented Helena Newman, Sotheby’s world-wide head of Impressionist & Modern art who represented the underbidder of the work, on her blazing blue dress that mimed the background color of the Miro painting.

Paolo Uccello, Battle On The Banks Of A River, Probably The Battle Of The Metaurus (207 BCE)

Though identified as “property from an American private collection,” Bloomberg previously identified the seller as magnate Ron Perelman, the ceo of MacAndrews & Forbes holding company, who according to a spokesman said that Perelman “…may be adjusting his portfolio due to changes in the economic climate amid the global pandemic.”

The painting backed by an irrevocable bid, also carried with it a stellar provenance, including long ownership by the late Alexander Calder, a close friend of Miro’s and bought by Perelman from the late Swiss dealer Thomas Ammann in 1988. 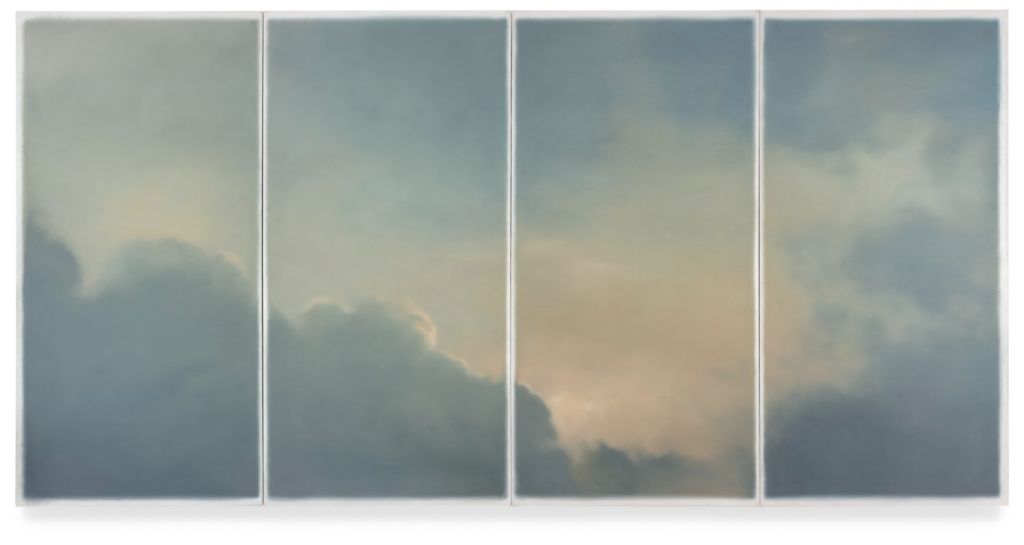 It also came to market with an irrevocable bid and had resided in Perelman’s collection since 1989 as another acquisition from Ammann, according to the digital only catalogue notes. 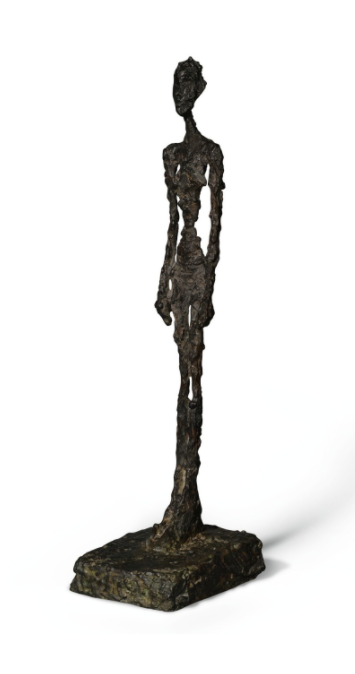 Still, it was one of 18 lots, 100 percent sold from the otherwise anonymous “European Avant–Garde: A Private Family Collection” that overall realized £47,660,450/$61,329,467, representing a chunky third of the evening tally. 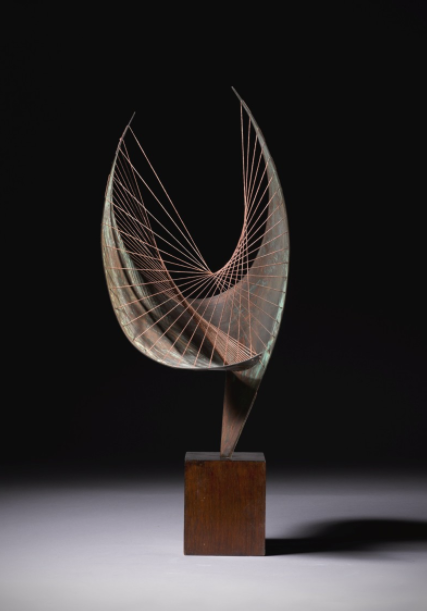 Though it at first sounded more like hype as opposed to reality, auctioneer Barker made a point when he said, “we’re breaking down barriers at Sotheby’s”