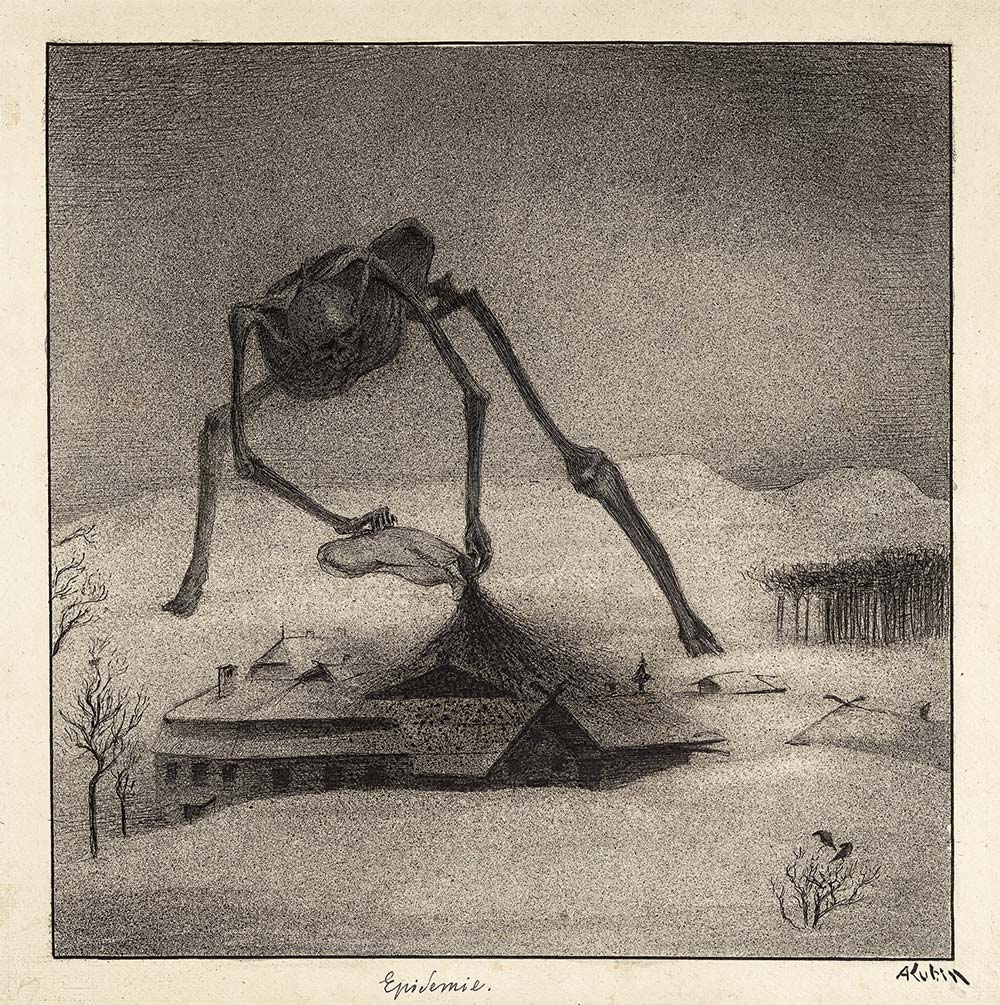 Only two of the 24 lots offered failed to sell for a svelte buy-in rate by lot of eight percent.

Two artist records were set, including a haunting Alfred Kubin work on paper that was restituted property long harbored in a Munich museum and originally belonging to a Viennese couple.

Seven lots were backed by so-called irrevocable (aka third party) bids, assuring they would sell no matter what transpired during the auction. It represented a chunky and combined low estimate of £45.5 million, close to half of the evening’s tally.

Sotheby’s result easily vanquished arch rival Christie’s same category sale on Tuesday evening that delivered an anemic £36.4/$45.6 million and a flabbier buy-in rate of 23 percent including the failure of the rare to market Fernand Leger cover lot to sell (unpublished estimate in excess of £25 million).

The brief evening showed promise early on with Alfred Kubin’s morbidly convincing “Epidernie (Epidemic)” from circa 1900-1901, featuring a giant, spider like creature infecting a secluded village in winter, that sold to an online bidder for a record £963,000/$1.2 million.

The price points shot skyward with Amedeo Modigliani’s touching yet power packed seated portrait of a boy, “Jeune homme assis, les mains croisees sur les genoux” from 1918, a time when the artist was living on the French Riviera and painting portraits of ordinary folks from the local population.

Pink cheeked and patiently seated, the boy clasps his hands on his lap, seemingly waiting for the masterpiece to be completed. It sold to an otherwise anonymous telephone bidder for £18.4/$24.2 million (est. £16-24 million).

Both underbidders were also competing on the telephone.

It came to market without any guarantee, so represents an accurate gauge of Modigliani pricing.

The sellers are heirs of the family that acquired the work in 1927 from Leopold Zborowski, Modigliani’s Paris dealer.

A majestic and busy Parisian street scene by Camille Pissarro, “Le Boulevard Montmartre, fin de journee” from 1897 and part of storied series of brilliantly observed city life, sold to yet another telephone bidder for a estimate topping £7,145,900/$8,979,538 (est. £3.5-5 million).

It was once a Christmas gift (1928) from Berlin collector Alfred Sommerguth to his wife Gertrud. 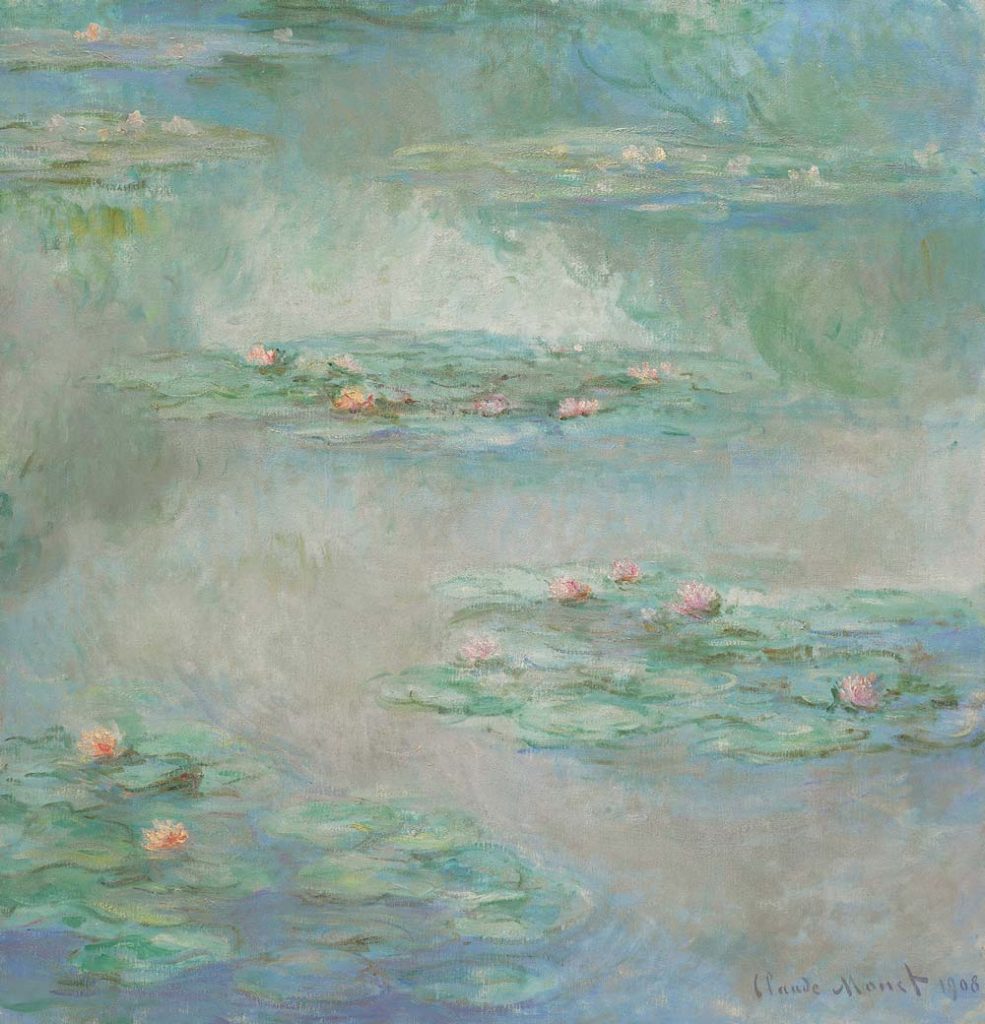 A square format and medium scaled Claude Monet “Nympheas” from 1908, glowing with the colors of the artist’s water garden at Giverny, didn’t elicit much paddle waving action and sold to the telephone, presumably to the irrevocable bidder for the evening’s top lot price of £23,731,624/29,821,159 (est. $25-35 million).

For the statistician minded reader, it ranks as the 21st most expensive Monet to sell at auction (according to date provided by Artnet).

It too came backed by an irrevocable bid. 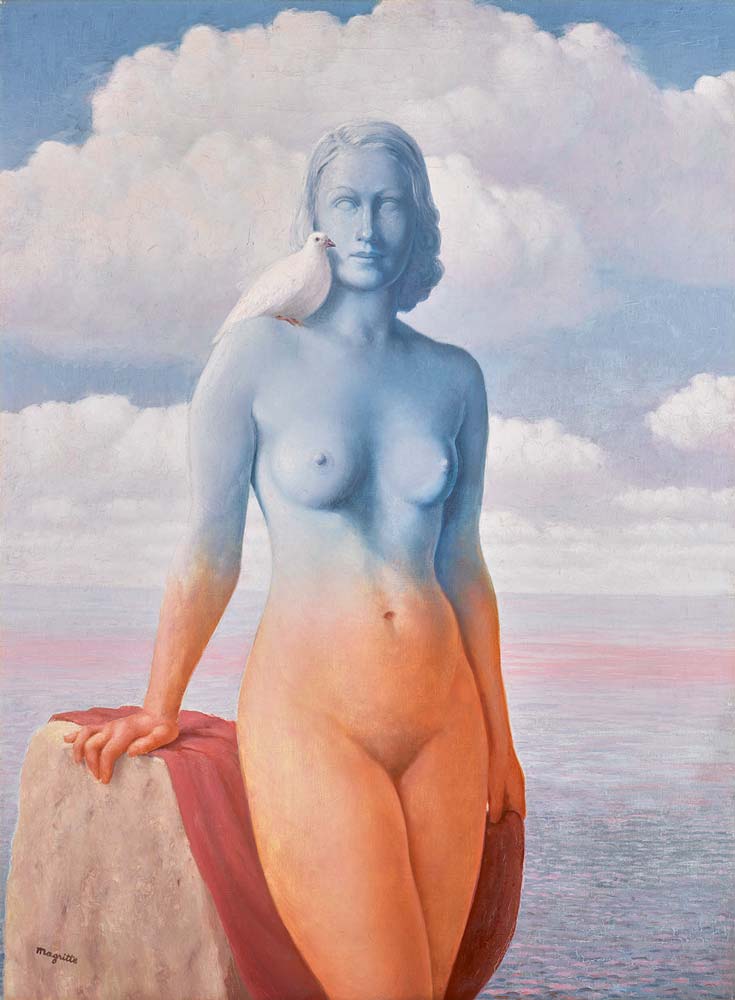 The next round of London evening sales resumes next Tuesday at Christie’s Post-War and Contemporary Art auction.