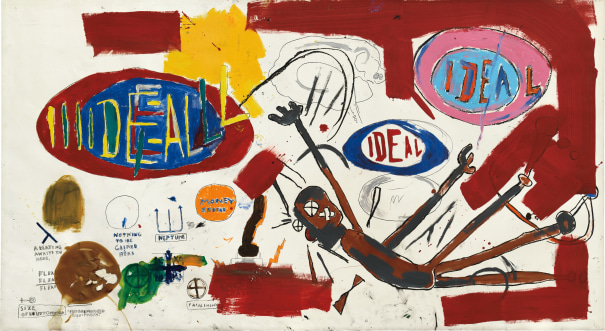 The sale hit the high end of pre-sale expectations gauged at $29.4-41.6 million but without the buyer’s premium factored in.

The overall hammer tally was $34.7 million.

Twelve of the 25 lots offered were backed by financial guarantees, either wholly by Phillips (four) or third parties outside the auction house (eight).

By contrast, the firm’s May 2019 evening sale garnered $99.9 million. Like its rivals Sotheby’s and Christie’s, the May season was furloughed due to the Covid 19 Pandemic.

In somewhat similar fashion to Sotheby’s evening sale on Monday, Phillips staged the sale from a purpose built studio in London and auctioneer Henry Highley fielded bids from colleagues linked by live video feeds in New York, Hong Kong as well as the in house Phillips team in London.

While a Zoom like background of blown-up highlights from the sale kept Highley company in London, some of the actual works of art could be seen on the walls of the New York studio which added a touch of reality to the evening and a visual notch above the game show like setting at Sotheby’s on Monday. 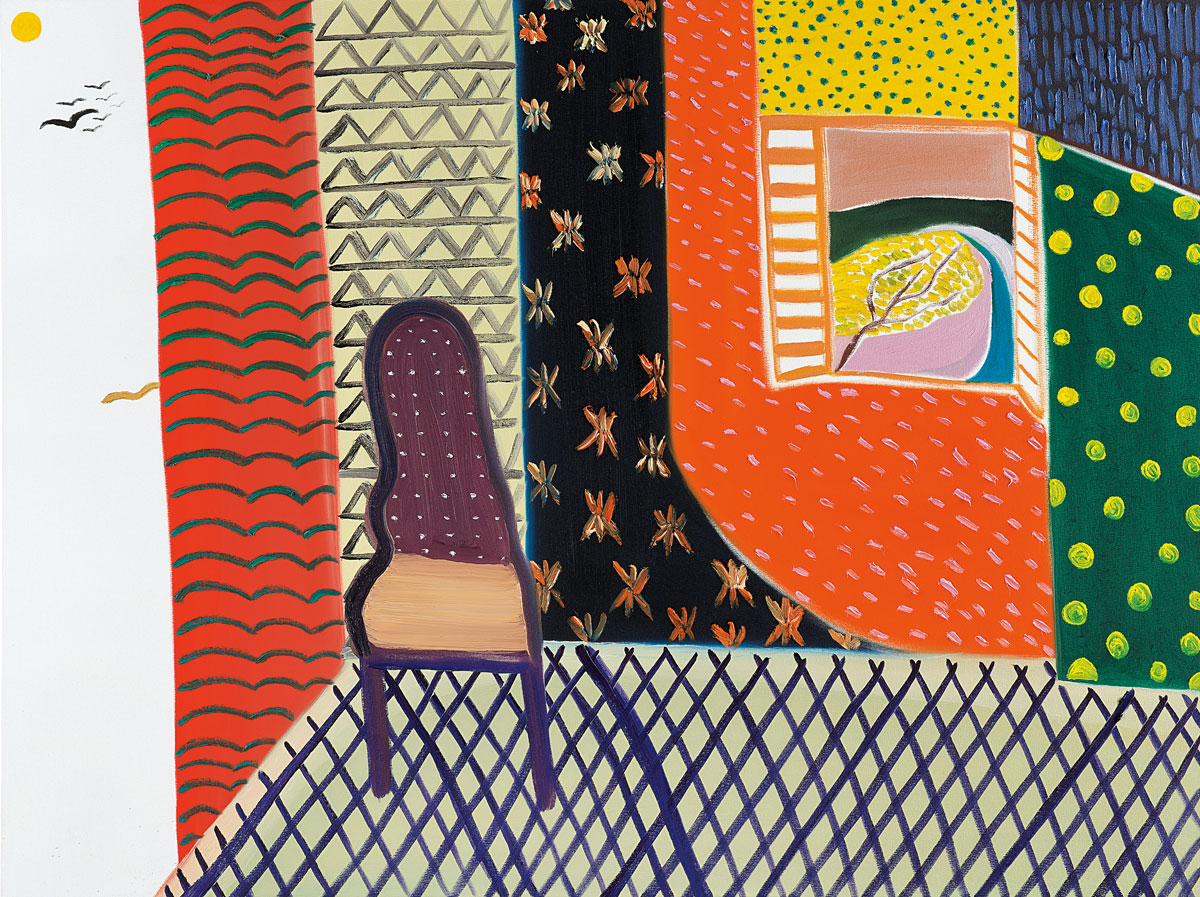 It was exhibited in April 2018 at the Karma Gallery on the Lower East Side.

The 35-year old artist committed suicide last October, just at the cusp of a breakout career.

In this new age of live-stream auctions, the former art of bid spotting in a packed salesroom is jettisoned and all eyes are reliant on the auctioneer.

“Oh, that was Jose Mugrabi bidding on the Basquiat in the second row,” is no longer a possibility.

Phillips went to great lengths promoting the picture that was included in the artist’s posthumous retrospective at the Whitney Museum in 1993, including producing a video of poet Kevin Young, the director of the Schomburg Center for Research in Black Culture and the New Yorker poetry editor, reading his homage to the artist, “To Repel Ghosts.”

An unspecified portion of the proceeds from the anonymous seller, are going to the Art for Justice Fund, an initiative formed by Agnes Gund in 2017 to reform the criminal justice system and reduce mass incarceration in the U.S.

(Gund sold her 1962 Roy Lichtenstein painting “Masterpiece” in 2017 in a private transaction for $100 million in order to kick-start the project but this painting came from a different collector). 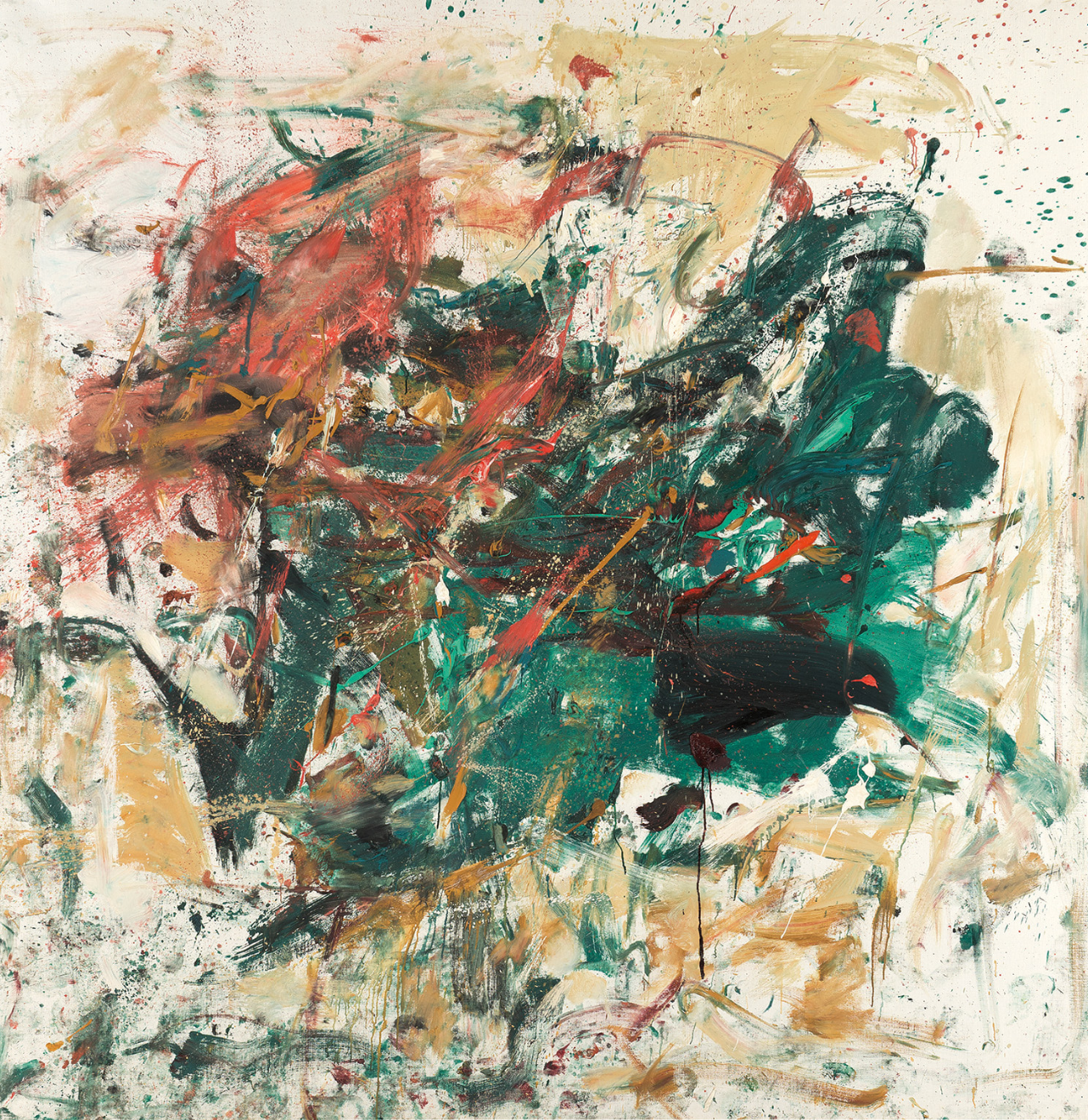 The Mitchell was also backed by a third party guarantee and while Phillips produced an auction catalogue for the event, it carried few details on the individual works, with a bar code printed on each offering that had to be scanned to retrieve a full-on description and history of the art work from its website. 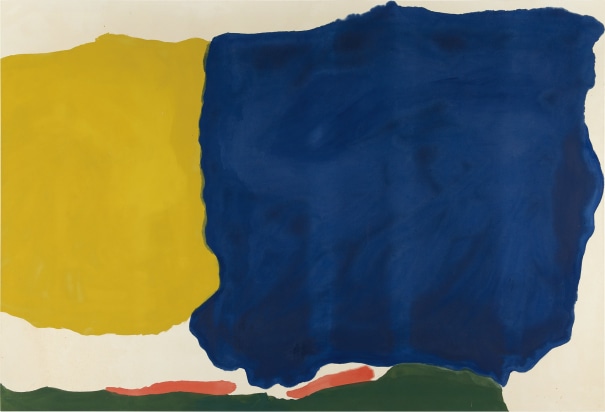 In that similar AB-EX vein, Helen Frankenthaler’s mostly yellow and blue, landscape inspired abstraction, “Head of the Meadow” from 1967 triggered multiple bids and sold for an estimate busting $3,020,000 (est. $600-800,000), making it the second highest price at auction.

It was formerly in the collection of crooner Andy Williams and last sold at Christie’s New York in May 2013 for $543,750.

It had been in the same DuPont family private collection since 1925 and came to market with a house guarantee.

Another illustrator of sorts fared stronger with Banksy’s mischievously conceived “Monkey Poison” from 2004 with the artist’s stenciled name on the lower left-hand corner of the found painting with Banksy’s crouched monkey swilling from a jerry can. It made $2 million (est. $1.8-2.5 million).

With the potent Basquiat leading a kind of Black Lives Matter vibe to the sale, a handful of other works could be seen that way, including Charles White’s moving ink and wash on board, “Sometimes I feel like a Motherless Child” that realized $800,000 (est. $700,000-1 million) and David Hammons’ extraordinary found object montage on a coat hanger, “Hidden Drawing (Jordan begins 8th season as No. 1,” culled from back issues of The Amsterdam News, that made $181,250 (est. $150-200,000).

Both works were guaranteed.

“Tonight’s white glove sale,” said Ed Dolman, ceo of Phillips in a statement following the auction, “was a resounding statement of the strength and resilience of the art market and the contemporary market in particular.”

The next market test on the digital platform is on July 10 at Christie’s “One-A Global Sale of the 20th Century” that will shuttle live streamed between the time zones of Hong Kong, Paris, London and New York.