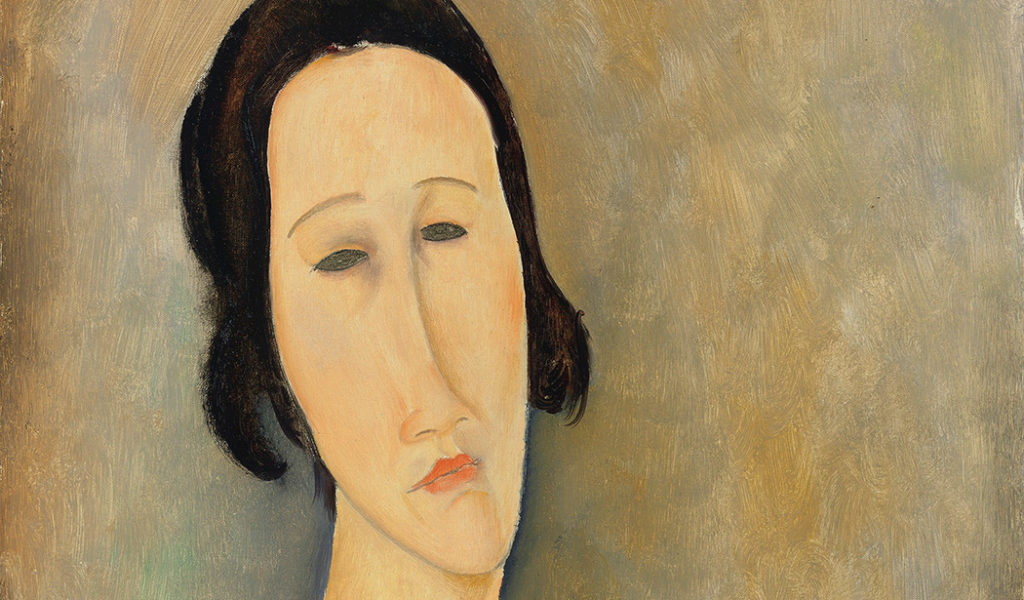 Hobbled by a chunk of mediocre yet aggressively estimated property and uncertainty over whether the British will vote to leave the EU on Thursday, Christie’s Impressionist and Modern evening sale was a mini-disaster. Twelve of the 33 lots offered failed to sell, for a whopping buy-in rate of 36 percent. And the final tally was a puny £25,612,500 ($37.6 million), far below pre-sale expectations of £36,870,000 to £54,770,000 ($54 million-$80 million) and a tiny fraction of the £71,461,000 ($113 million) generated by the 42 lots that sold in last June’s evening session in the same category. This year’s results were closer to those of the Christie’s June 2009 evening sale, held in the midst of the global financial crisis, which took in £37.1 million ($60.4 million) with a 32 percent buy-in rate.

The total quoted includes the buyer’s premium, calculated at 25 percent of the hammer price up to and including £50,000, 20 percent on that part of the hammer price over £50,000 up to and including £1 million, and 12 percent for anything above that. (Estimates do not reflect the buyer’s premium.) Stripped of premiums, the final tally was an even more depressed and depressing £21,780,000 ($32 million). Eleven lots sold for more than a million pounds and a dozen for more than a million dollars.

The cover lot, the fresh and rare-to-market 1917 Amedeo Modigliani portrait “Madame Hanka Zborowska,” held by the same British family since 1937, sold to a telephone bidder for the evening’s top price, £8,258,500 ($12 million), against an estimate of £5 million to £7 million ($7.3-10 million). The seated, almond-eyed and dark haired model, a favorite of the artist’s, was the Polish wife of Leopold Zborowski, Modigliani’s devoted dealer and supporter. Other versions of Hanka reside in the Museum of Modern Art, in New York, and the Barnes Foundation, in Philadelphia. This painting had been on loan to the Birmingham City Museum & Art Gallery since 1978 before its trip to the block.

As in Sotheby’s evening sale on Tuesday, Impressionist lots were scarce. The one example was Claude Monet’s sun-dappled street scene “L’Ancienne rue de la Chaussée, Argenteuil.” An unusual subject for the artist, it was painted in 1872, when the artist was 32 years old. The rustic quality of the town, bathed in warm sunlight, is evident in the nonchalant strolling of a simply dressed mother and child along a street devoid of cart or carriage traffic. The work failed to sell at a chandelier bid of £3.9 million ($5.7 million) against an estimate of £4.5 million to £6.5 million ($6.5-9.4 million). It carried a Christie’s-backed financial guarantee, assuring the seller of a minimum and secret price, no matter what happened in the salesroom. Obtaining this insurance policy was a sensible move by the seller, considering the sale’s timing, on the eve of the Brexit referendum. Now the house owns the picture, with hopes of selling it sometime in the future.

Of the four Pablo Picassos in the sales catalogue, two were withdrawn before the session, and the remaining two — a late painting from 1967, “Mousquetaire et fillette,” and a pen, brush, and India-ink-on-paper composition from 1932, “Le joueur de clarinette,” both hit the buy-in bin. It is rare for an Impressionist and modern sale to lack a Picasso on its scoreboard.

Asked about the shaky evening, New York private art advisor Mary Hoeveler, who bought Klee’s “Flowers in the Vase,” remarked, “I don’t think anyone was surprised by the outcome. The quality of the material matched the response. It was clearly a tough season for consignments, and it’s a strange moment in the European economy, with Brexit looming, among other bellwether events. Sellers held back, and as a result, there weren’t many works to get excited about. The market is hungry for good works, but they’re hard to find right now.”

To be fair, Christie’s will be offering a standout and monumental 1951 Henry Moore sculpture, “Reclining Figure: Festival” in its “Defining British Art” sale next week, on June 30, estimated at £15 million to £20 million. Normally, the Moore would have been part of this evening’s lineup. That said, it was a realistically grim session.

The evening action in London resumes on Monday at Phillips with its 20th Century and Contemporary Art sale.