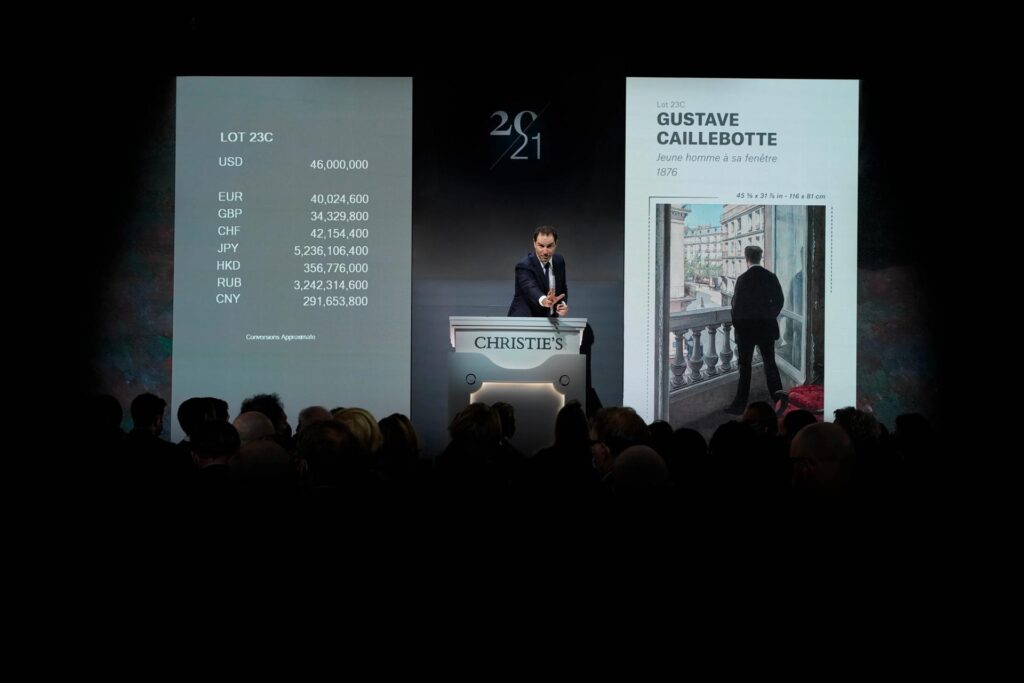 The total (calculated with fees) for the 23-lot white-glove sale soared beyond pre-sale expectations of $178.6m to $267.6m (calculated without fees), and the hammer tally was as convincing at $286m.

Sixteen of the entries were backed by financial guarantees, either third party or in house. Four auction records were set, including those for Gustave Loiseau and Hugh Henry Breckenridge. 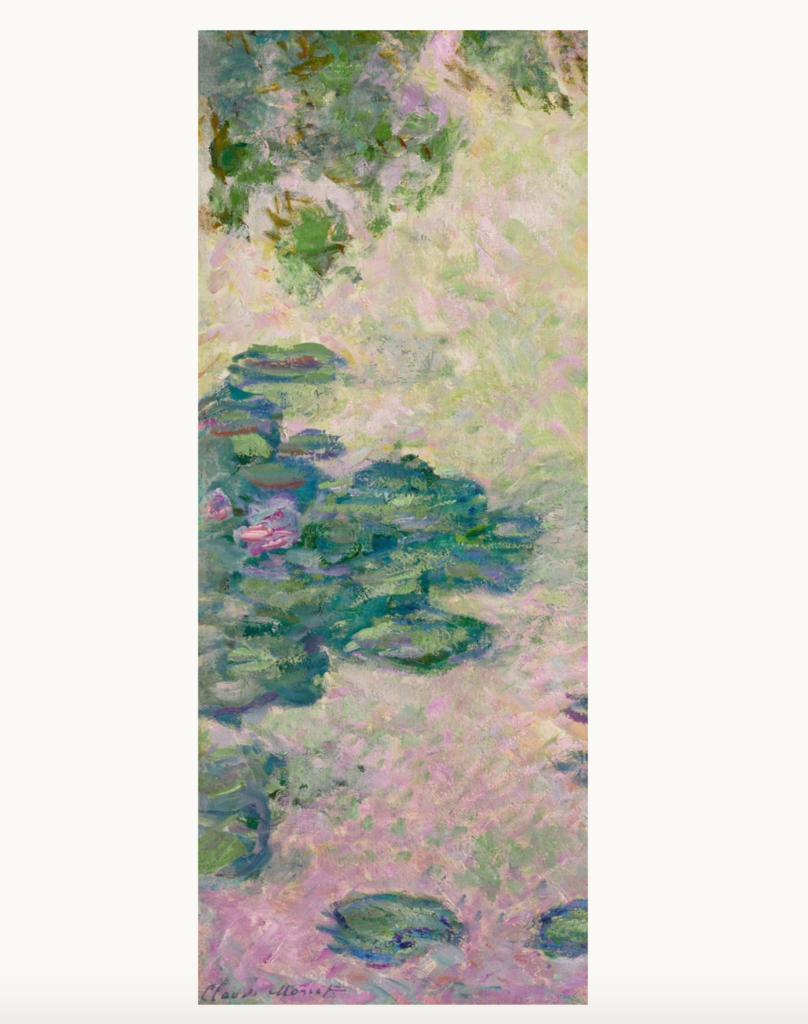 The evening action kicked off mightily with Claude Monet’s Nympheas (fragment) (around 1912), gifted to Cox in 1982 from the art dealer extraordinaire Daniel Wildenstein, that made $5.2m ($6.2m with fees) against a $700,000 to $1m estimate.

Refreshingly, none of the works offered carried an auction house provenance and all but two came through the now closed doors of Wildenstein. 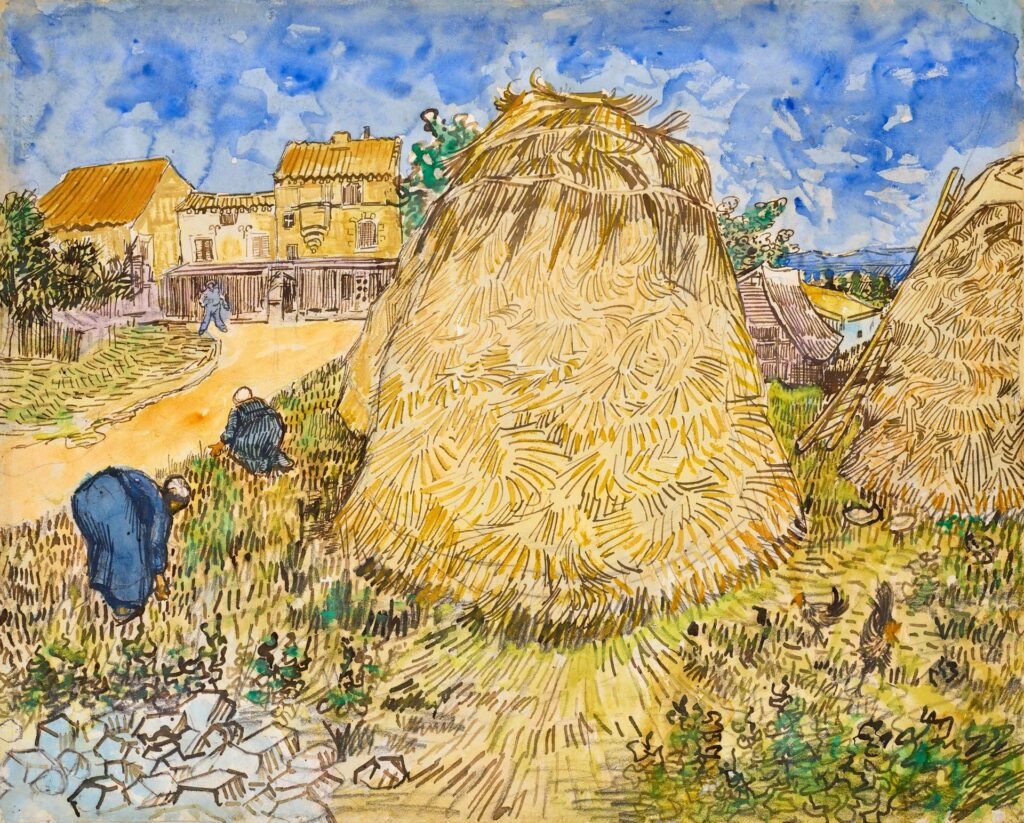 A second van Gogh, Meules de blé, a gouache, watercolour, pencil and ink over pencil on paper, executed in Arles in June 1888, went to Beaumont Nathan for $31m ($35.8m with fees, est. $20-30m), a record for a work on paper by the artist. It came to market after a protracted settlement between the consignor and the heirs of the earlier owners Max Meirowsky and Alexandrine de Rothschild, since the picture was seized during the Occupation of France and transferred to the Jeu de Paume, Paris in April 1941, decades before landing at Wildenstein.

A third van Gogh—evidently one of Cox’s favoured artists, Jeune homme au bleuet, a late work painted in Auvers-sur-Oise in June 1890, just weeks before the artist’s suicide and featuring a smiling young man with a corn flower playfully stuck in his mouth, made a whopping $40.5m ($46.7m with fees) against an estimate of $5m-$7m). 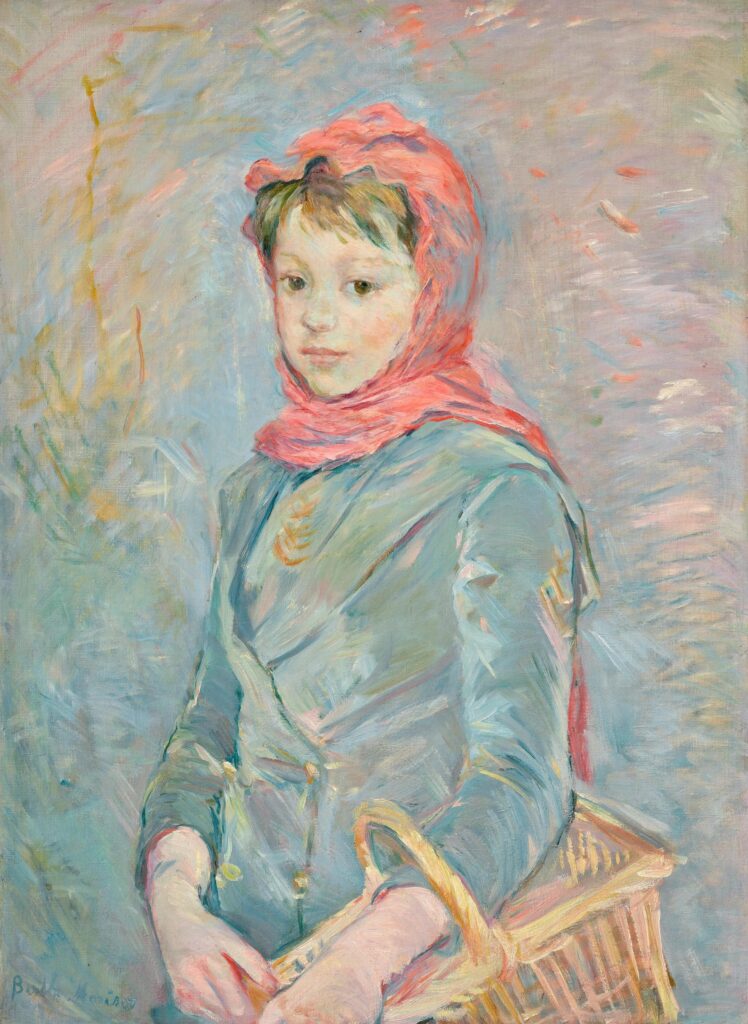 A more substantial Claude Monet entry, Le basin d’argenteuil (1874), depicting a number of moored boats and figures on the mirror-like water and bearing a rich exhibition history, sold for $24m ($27.8 with fees, est. $15m-25m). Like the three Van Goghs and the Cézanne, it came backed by a third-party guarantee.

The final and cover lot—the one everyone was waiting for and that assuredly captured Cox’s exquisite taste—was Gustave Caillebotte’s riveting composition, Jeune homme à sa fenétre (1876). It sold to the New York dealer Adam Williams who bid on behalf of the Getty Museum in Los Angeles for $46m ($53m with fees, est. on request in the region of $50m), setting a record for the artist.

Cox acquired the painting from Wildenstein in 1995, the same year it was in the travelling retrospective Gustave Caillebotte: Urban Impressionist, and it quickly became a linchpin of his carefully assembled collection. Featuring the tailored back of a standing figure positioned at an open and grand French window, revealing both his silhouette and the stunning Parisian boulevard he looked out on, it sparked one of the evening’s fiercest bidding battles. Though not part of the title, the standing figure was Caillebotte’s middle brother René who died not long after the picture was completed. It shattered the previous mark set by Chemin Montant from 1881 at Christie’s London in February 2019 when it fetched £16.6m/$22.2m (with fees).

Caillebotte not only painted with the Impressionists but was a great financial supporter and, perhaps most importantly, gifted his substantial collection to the French state upon his death.

“It was an extraordinary sale,” said Guy Wildenstein, Daniel Wildenstein’s son, as he exited the salesroom. The pair had sold many of the evening’s works to Cox. “He was a collector who bought very fast yet all are of the same taste and all went beyond the prices we ever sold.”