Skip to contentSkip to content
The Art Newspaper
Seller Beware: Why Does the Art Market Fail to Learn from Its Past?
February 1, 2018 by Judd Tully

Chowaiki & Co has imploded, but it is just the latest in a long line of art scams. 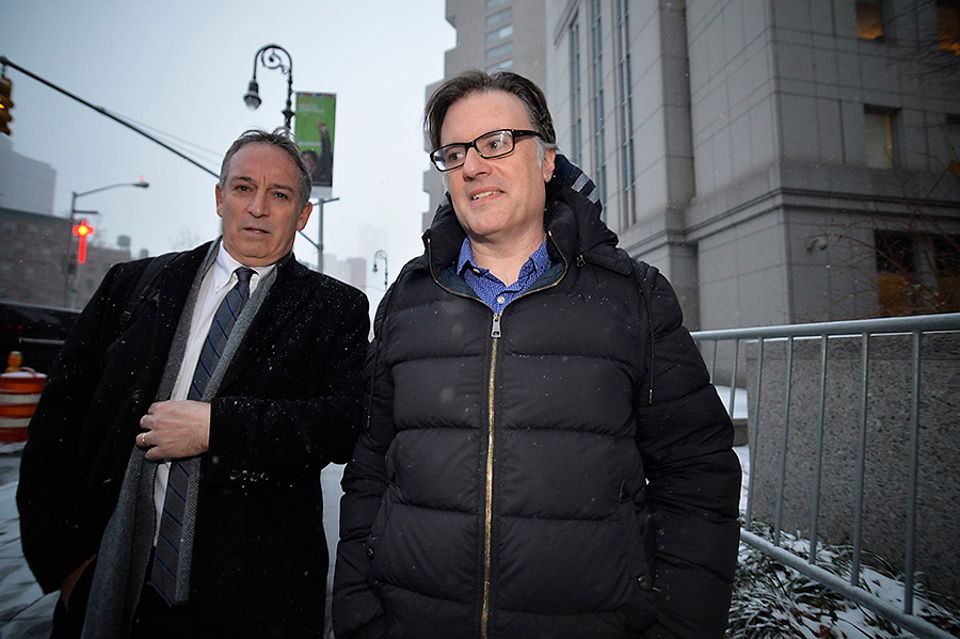 December 15, 2017 – New York, NY USA: Former art dealer, now art thief, Ezra Chowaiki (R-glasses) leaves Federal Court with his lawyer after his arraignment. Chowaiki launched a Park Avenue gallery that featured masterpieces by Picasso and Matisse is accused of stealing $10 million worth of art from unsuspecting clients, according to court papers and an ex-business partner. Ezra Chowaiki opened Chowaiki & Co. gallery on Park Avenue at East 59th Street in 2004 with an investment from a retired Phillip Morris executive. (Matthew McDermott/Polaris)

When Chowaiki & Co Fine Art filed for chapter 7 bankruptcy in US Bankruptcy Court in the Southern District of New York on 13 November, with assets of less than $300,000 and claims of at least $11.8m, it came just hours after three civil lawsuits were simultaneously filed in New York Supreme Court against the gallery, its namesake and president Ezra Chowaiki, principal owner David Dangoor and art dealer—and convicted forger—Ely Sakhai for art fraud.

The list of allegations, first reported by Bloomberg’s Erik Larson and Katya Kazakina, paints a massive tableau of deceit on the part of the gallery. Those Ponzi-esque charges were mirrored in a subsequent complaint in the same jurisdiction, filed by Sotheby’s on 22 November, against Chowaiki and his former partner Luba Mosionzhnik over art-related financing dating back to 2008 concerning a Henri Matisse painting, Titine Trovato en Robe et Chapeau (1934), valued at $12m.

Those civil charges ramped up to criminal ones with a 15 December complaint by the acting US attorney charging Chowaiki with wire fraud, conspiracy and transportation of stolen property, adding that he used the Park Avenue gallery to “defraud art dealers and collectors of millions of dollars” and “unlawfully distributed (the art) all over the world”. Chowaiki, the 49-year-old nephew of billionaire art trader David Nahmad, surrendered to federal agents that morning and later posted $100,000 bail. Dangoor was not charged.

According to the criminal complaint, Chowaiki, from around 2015, “engaged in a scheme to deceive other dealers and collectors of fine artwork into sending him money or valuable artwork under the false pretenses that [he] would engage in legitimate transactions such as the purchase, sale, or consignment of those artworks.

In truth, however, Chowaiki did not, and often could not, conduct the transactions as promised, and instead kept funds and artwork for himself and the gallery, or sold them to others both in and outside the United States, without authorisation.”

At the time of going to press Chowaiki had not been indicted and no court dates have been scheduled. Chowaiki’s attorney, Adam Felsenstein of New York’s Gallet Dreyer & Berkey, declined to comment.

“Chowaiki was playing fast and loose with other people’s money and property,” says Judd Grossman, the Manhattan attorney who filed the trio of civil complaints, “and it took different forms. In some instances Chowaiki would pledge works that were on consignment from collectors as collateral for a loan to the gallery. In other circumstances, he would purport to sell or pledge partial interest in artworks totaling more than 100% of their value. Or, occasionally, he would induce the sale, only to take the money and use it for another purpose.”

Does this latest litany of deceit sound familiar?

It certainly should, given the past roller-coaster rides of headline-making rip-offs—starting, perhaps, with the private dealer Michel Cohen, whose $50m-plus swindle aired in 2000. Cohen fled from a laundry list of charges that included taking Sotheby’s Financial Services for $8.4m and complaints from a roster of sophisticated dealers who trusted Cohen with no more than a handshake. 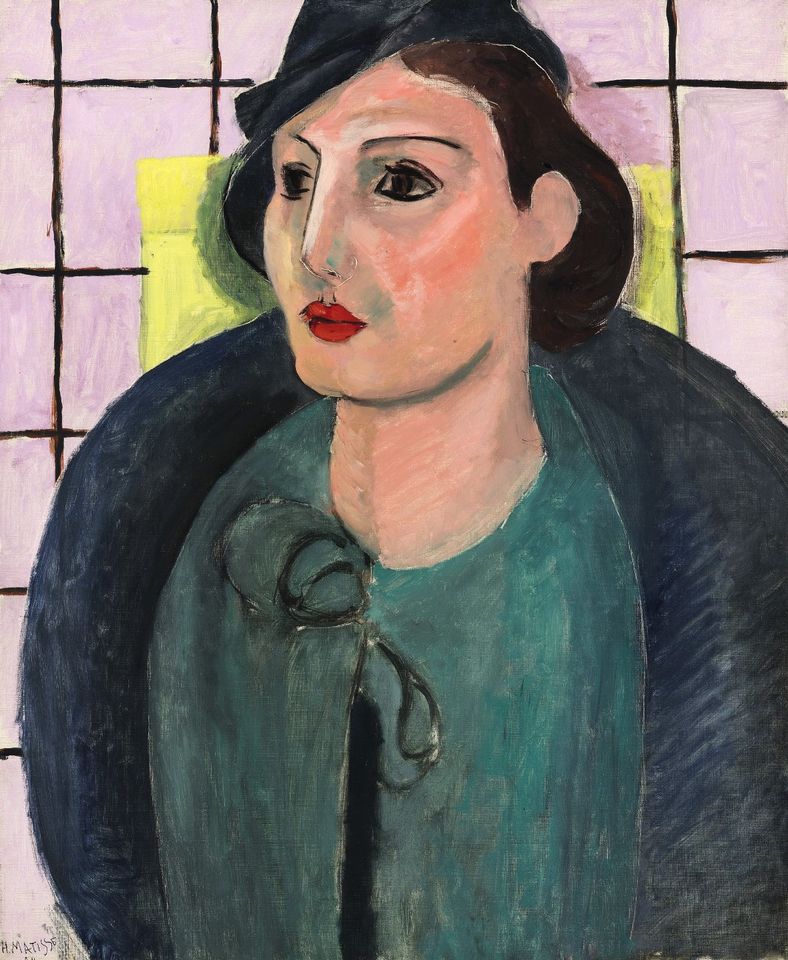 Richard Gray Gallery, for instance, allowed Cohen to show a painting by Picasso to a client at a New York art storage facility. Cohen never returned the painting, which ultimately ended up in the home of a California computer magnate.

That swindle paled in comparison to the 2010 conviction of New York dealer Lawrence Salander, of Salander-O’Reilly Galleries. He pleaded guilty to 29 felony counts of grand larceny and was sentenced to six to 18 years for ripping off clients and investors for around $120m—including the son of Stuart Davis, who never received any money from any of the 50 paintings by his father that Salander sold.

The scale of damage dropped but not the frequency in 2017, with the Los Angeles dealer Perry Rubenstein’s no-contest plea to two felony counts of grand larceny and embezzlement for failing to pay his clients.

Back in New York, former Mayfair dealer Timothy Sammons was refused bail as a flight risk and jailed. He is facing multiple charges of grand larceny and fraud, stealing millions of dollars from clients in the US, the UK and New Zealand between 2010 and 2015, concerning paintings by Picasso, Chagall, Gauguin, van Gogh and Signac.

Before his extradition, Sammons claimed in a British court that his contracts with his clients had no “specific” deadline for payment. A conference with the US judge was scheduled for 30 January.

So, does the art market have a fatal attraction to charming con artists or is it simply a question of greed on the part of hopeful sellers?

“There’s still an informality in the art world,” says Peter Stern, a New York attorney who represents one of Chowaiki’s victims, “that you would not see in other situations. Some of the contracts are very informal.”

Not that that would have helped in the Chowaiki case. Presumably, all 33 of the creditors listed in the bankruptcy proceeding—from Jane Holzer to Helly Nahmad Inc to the Singapore dealer Ikkan Sanada—believed they knew who they were dealing with. The same goes for his consignments pool, which included New York’s Jeffrey Loria, London’s Alon Zakaim and the Swiss dealer and art storage magnate Yves Bouvier. Notably, these deals were characterized by an absence of a paper trail.

It seems the question is not if, but when the art world can expect another scam, especially as the value of art continues to rocket. “You see all these sorts of shenanigans happening when the market is in ascension,” says the New York-based art adviser and curator Todd Levin. “When the market is in decline, you tend to see much less of this behaviour.”