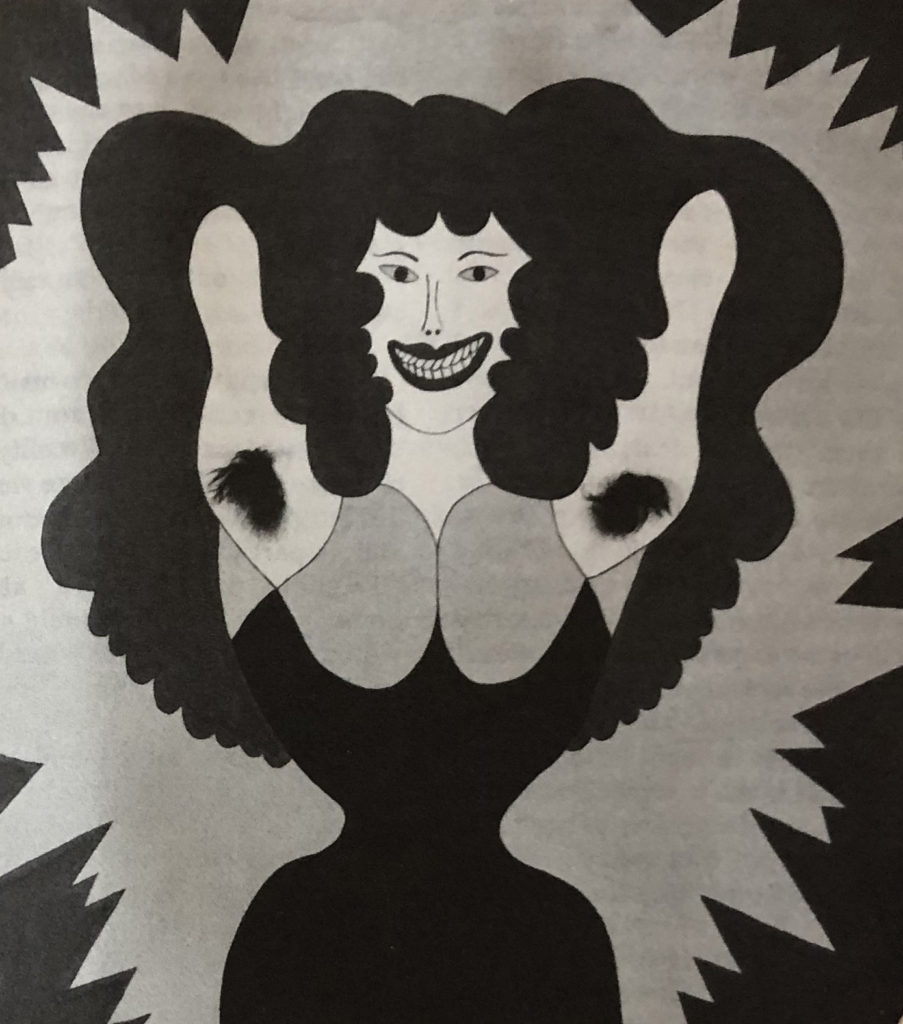 When Phyllis Kind tiptoed into New York nine years ago her stable of Chicago Imagists were an unknown commodity outside the Windy City. She had a mission.

“The magazines are all here,” Kind said in a recent interview, “and I wanted to get some coverage for my artists. I needed to break through. the press barrier. I had to bring my artists to the ultimate market place. I couldn’t trust other dealers to handle their work here in a secondary relationship.”

Picking through the art news morgue of New York critics writing in New York magazines and newspapers on Kind’s transplanted progeny, it is apparent that Kind succeeded in her mission. The Imagists — at least a few of them — have cracked the regionalist ghetto of Chicago and settled in the big time. Roger Brown, Jim Nutt, and Ed Paschke (he joined the gallery after Kind’s move to New York) have bounced around the pages of the New York Times, Village Voice, Soho Weekly News (before it died) and the Big Four monthly art glossies.

Of the three, Roger Brown stands out on a high-rise mound of clippings, critically eyed by a trio of Timesians (Hilton Kramer, John Russell and Grace Glueck), Carter Ratcliff, Kim Levin, Kay Litrson, Roberta Smith, David Bourdon, John Perreault, Ronny H. Cohen, Jane Bell and Carrie Rickey. Paschke is not far behind but Brown is King of the Hill. Nutt remains frozen at a lower altitude or as Vivien Raynor fussed in the Times in 1979, “hermetic to the point of being irritating.”

Karl Wirsum, Christina Ramberg, and Gladys Nilsson have not captured the fancy of New York critics although Wirsum’s 1963 oil and fur Armpits (included in Pace Gallery’s From Chicago show in 1982) moved John Russell to write, “is one of a number of key pieces in the exhibition which comes to us with the kind of critical apparatus — footnotes and all — that we expect of subjects that have passed into history.”

The Pace show was a turning point for Kind and company. The duplex home of Louise Nevelson, Brice Marden, Chuck Close, Lucas Samaras, and Agnes Martin exposed the invaders an uptown breed of collectors and cognescenti.

“Chicago art is going down easier in this town,” speculated Village Voice critic Roberta Smith in her review of the Pace show, “thanks to the more relaxed art canons of the 1970’s, the current emphasis on exacerbated figuration and the New York shows that Phyllis Kind has given its best-known practitioners over the past several years.”

John Russell (soon to be chief art critic of The New York Times, inheriting the mantle from Hilton Kramer who stepped down in April, 1982 for the egghead reins of The New Criterion) haloed two other pictures from the exhibition; Ed Paschke’s Duro Verde and Roger Brown’s True Story of an Elephant Who Survived the Flood, calling them “remarkably compelling images.”

Russell adopted Brown and Paschke from that point on, lavishing space on both artists when they soloed at Kind later that season as well as on their exhibitions in 1983 and 1984.

Carrie Rickey (of late, a film critic for a Boston daily) surveyed the scene three years later for the same mag, writing, “to an outsider, the art scene felt incredibly organized, perhaps a spillover from the city’s famous machine politics.” This writer wrote about Chicago in Flash Art in 1981 and the latest carpetbagger’s account is Dan Cameron’s October ARTnews chronicle. But these regional fishing expeditions don’t count when weighing the media clout of Kind in New York. Once a year reports from the outback are meager fodder for stardom.

First Brown and then Paschke broke the fetters of the Imagist label, allowing critics to skip the boring history of Dubuffet Art Brut this, Westermann that and the checkerboard linoleum of Don Baum’s Hyde Park Art Center. The Image into Pattern exhibition at P.S. 1 in 1980 (Alanna Heiss’ famous public school parlor for trendy art) included 20 paintings each of Roger Brown, Robert Gordy, and John Tweddle. Brown clearly dominated the show. “With its fluorescent color and bold sense of design,” penned Hilton Kramer, “his painting radiates a certain power.” Kramer dubbed Brown a “social satirist” where “pattern acquires a sharp ideological edge.”

Carrie Rickey in the Village Voice trumpeted, “But Roger Brown’s work is richer, denser, and more intellectual here than I had expected.” And Rickey’s coup de grace: “Looking at a Brown painting is like looking at a fan the microsecond before the shit hits.”

Paschke’s Rufus irradiated the cover of Art in America in October, 1982. Inside, Brooks Adams dubbed Paschke “a second generation Pop regionalist.” John Yau’s April 1983 cover story in Artforum corralled the bizarre realism of Eric Fischl, Robert Birmelin and Ed Paschke. Yau, setting the ideological record straight, wrote, “Paschke was no more a Chicago Imagist, a Midwest version of Pop art, than Malcolm Morley was a bona fide Photo-Realist content to record the bland ironies of America.” Yau compared Paschke to Velasquez, George Seurat and Chuck Close. A month later, John Russell pinned the Chicago moniker back, “Among Chicago artists, Ed Paschke has always stood out for his ferocious, uncompromising and implicitly sinister use of images from everyday life.”

Roger Brown’s 1984 New York show took Carter Ratcliff by surprise. “On the evidence of certain of Brown’s titles,” wrote Ratcliff in Art in America, “the viewer must conclude that this painter has assumed a right-wing stance. With them, Brown’s works begin to look like prizewinning submissions to some imaginary Academy of Anti-Pinko paranoia.” In the Village Voice, Kim Levin described Brown’s concerns as “neo-conservative patriotism.” John Russell ignored Brown’s jingoist titles (e.g., Liberty Inviting Artists to Take Part in an Exhibition Against Leftist Terror- ism . . .) reading them as “elements of nostalgia” and “Chicago-style storytelling.”

Before Kind landed in Soho, The New York Cultural Center (the white marbled elephant built by Huntington Hartford) imported the Chicago Imagist Art show from the Museum of Contemporary Art. Robert Hughes’ review in Time (June 12, 1972) headlined, “Midwestern Eccentrics,” called the assemblage a “messy and often backward show.” “It is eccentric,” summed up Hughes, “and that’s what I think Chicago artists are, even more than surrealist.”

The landscape has changed considerably in 14 years. Kind can count on critical attention for at least two of her best-known artists. Their reputations continue to climb. The Chicago label, however, no matter how many times it gets dunked in the waters of New York, refuses to fade away.’

JUDD TULLY has contributed to Horizon, Portfolio and Flash Art and is a contributing editor of the New Art Examiner.