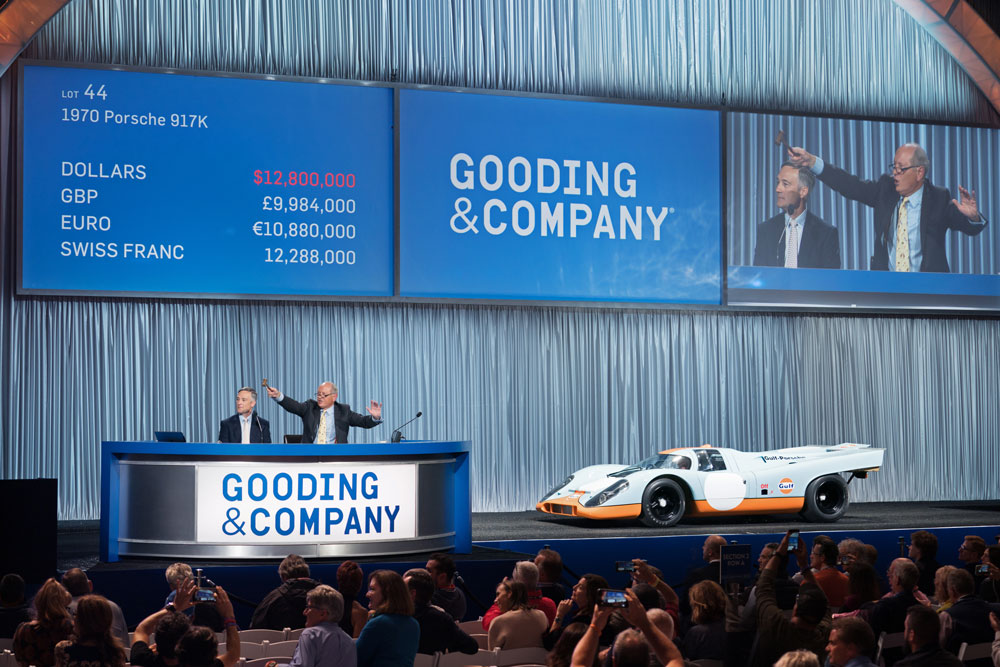 All images copyright and courtesy of Gooding & Company.Photos byJensen Sutta.

Led by a record-breaking 1970 Porsche 917 K racer, Gooding & Company accelerated to a two-day auction total of $91.5 million at Pebble Beach.

One hundred and nine of the 135 cars offered on August 18th and 19th sold for a crisp sale through rate of 81 percent and averaged a wallet tugging $831,135 per classic vehicle.

Of those cars that sold, 22 sold for over a million dollars.

The cover lot Porsche, fueled by a 12 cylinder, air-cooled, 580 horsepower engine and sheathed in a sleek fiberglass body, was used extensively in the production of Steve McQueen’s 1971 film “Le Mans,” a fictionalized version of the famed 24 racing event, was one of just 25 sports racers manufactured by Porsche. It carried a pre-sale estimate of $13-16 million. 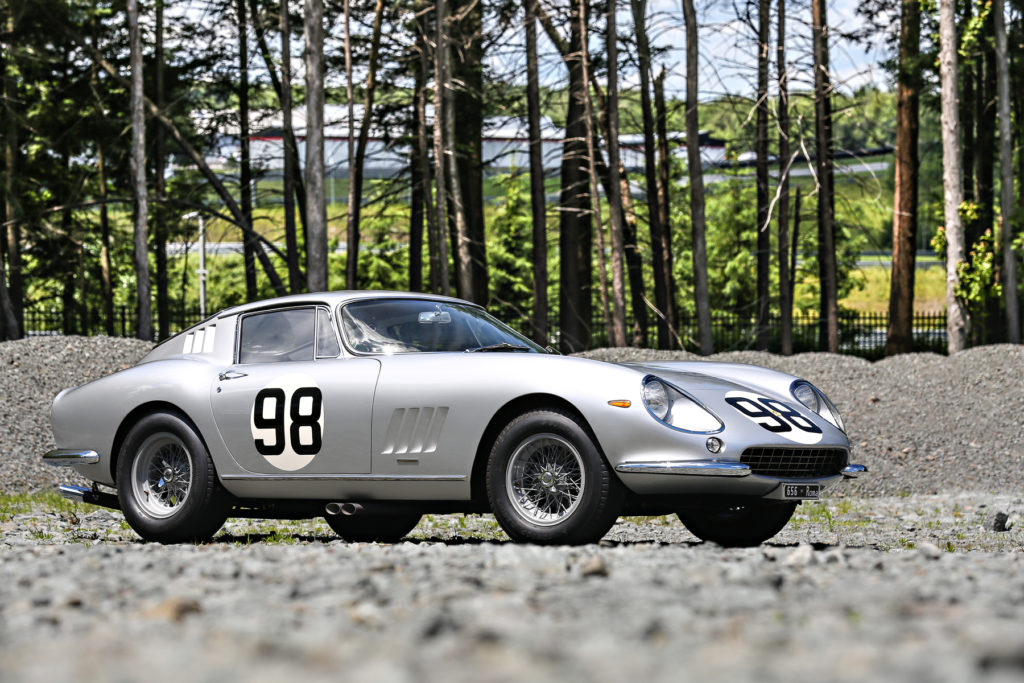 Not far behind, a sleek, silver colored, aluminum bodied 1966 Ferrari 275 GTB/C, one of only twelve models built and retaining its original chassis, body and engine, attributes unusual for a race proven and winning Italian car, sold for $14,52,000, midway between pre-sale expectations of $12-16 million.

The car, still bearing its number 98 racing decal on its nose and side door participated in ten races in 1966.

Incredibly, the seller who acquired the car in 2004, invested another $800,000 in restoration costs, according to the catalogue. 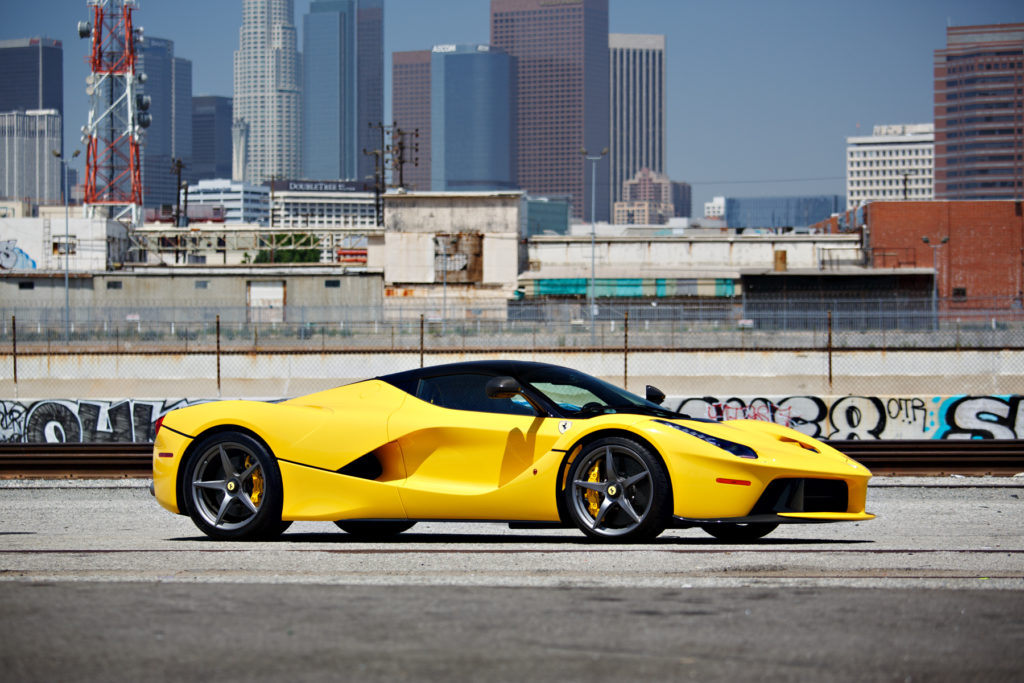 The La Ferrari falls in the elite category of a “supercar.” Only 499 cars were manufactured, a production run that sold out almost as soon as the project was announced, according to the catalogue entry. The car came to market with only 200 miles on the odometer.

Gooding offered 25 Ferrari cars over the two day, back-to-back auctions, indicating the unmatched market power of the marque, equivalent, say, to a Picasso or Warhol in the art at auction world.

Based on a light-weight tube-frame chassis and powered by a race-proven, all-aluminum twin-cam six-cylinder engine with three, gas sucking Weber carburetors, the Zagato was one of the evening’s most beautifully designed and rarified entries.

It was priced at $8,900 as advertised in a May 1957 issue of Motor Trend magazine and reproduced in the Gooding & Company catalogue. 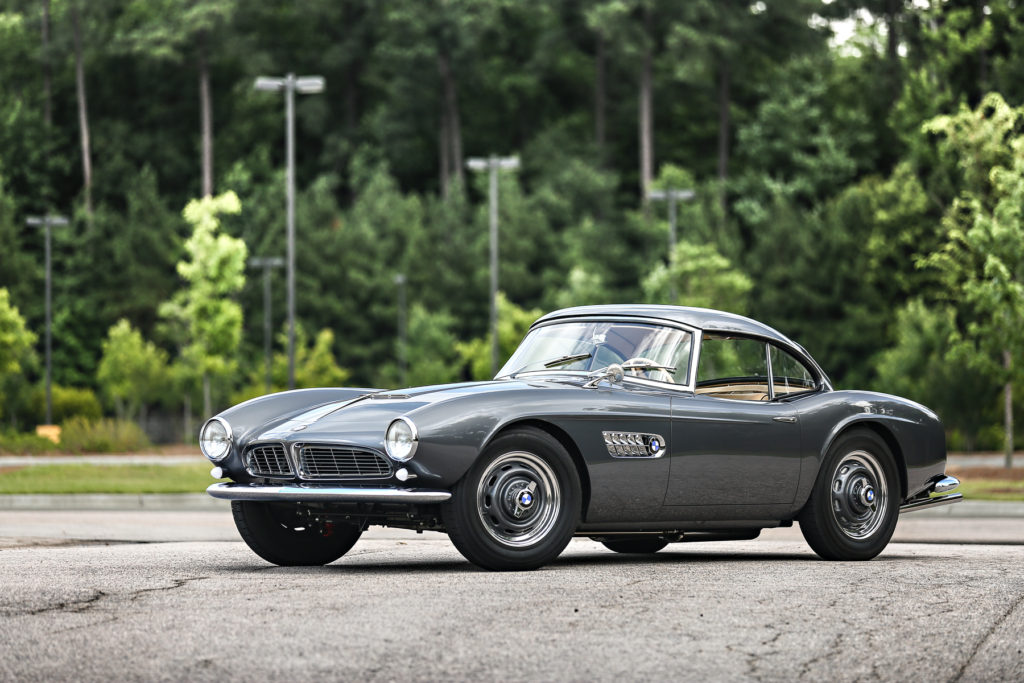 The original typewritten invoice from March 31, 1955 that accompanied the lot was priced at $7,667.

Though full results were not available at press time, RM Sotheby’s two-day auction marathon at the Portola Hotel & Spa in Monterey generated $133 million with an 88% sell through rate and elicited the highest price for any classic car sold this season as the race proven and ultra rare Aston Martin DBR1/1, arguably the most important car Aston Martin ever produced, sold for a record shattering $22,550,000 against pre-sale expectations in excess of $20 million.

Two bidders fought for the car in a pitched, seven minute auction see-saw.

The price represents the highest for any British automobile at auction, eclipsing the $21.8 million price set for the 1955 Jaguar D-Type that sold here in 2016.

While solid and sometimes spectacular results were recorded in these prestigious and heavily attended California sales, it is equally evident the classic car market, akin to its distantly related modern and contemporary art market, is weaker by value this season.