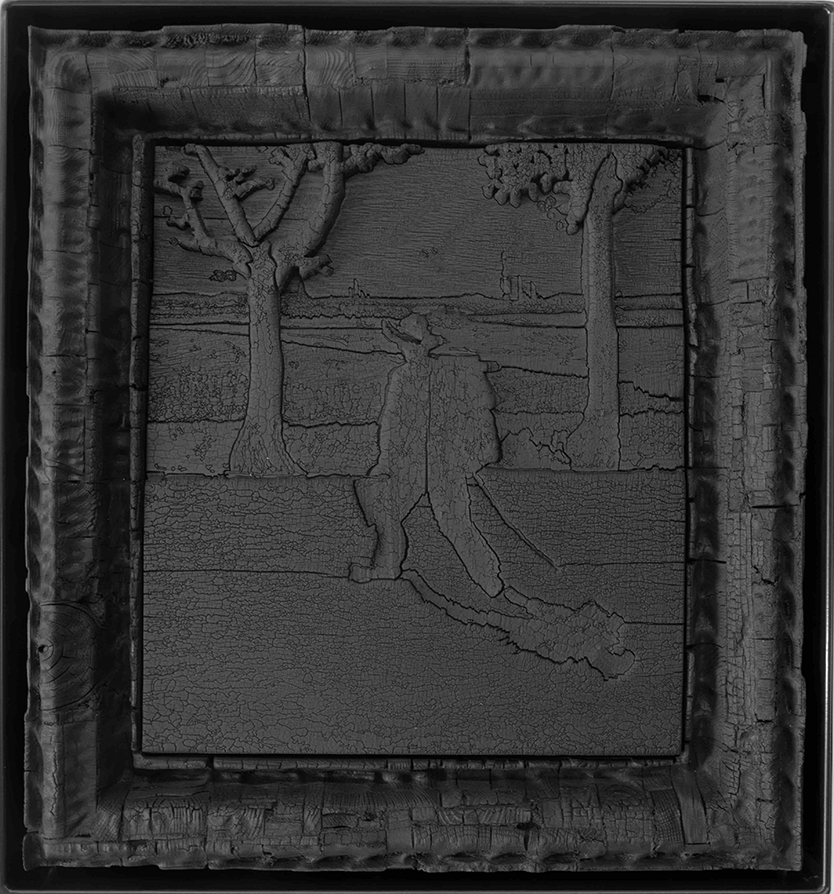 Buoyed by first-time power hitting entrants Gagosian, Gmurzynska and Levy Gorvy, the sixth iteration of the International Exposition of Contemporary and Modern Art at Navy Pier presented a heftier edge to the season’s first art fair (through Sunday September 17).

During the unusually calm opening hours of the V.I.P vernissage on Wednesday, a number of early sales were noted and recorded by this visitor. It signaled in part, the art world’s return to business after its summer prescribed holiday.

At Amsterdam/New York Grimm Gallery, a dramatic work by Matthew Day Jackson, “Destroyed by Fire (Painter on his way to work)” from 2017 and executed in burned wood, powder coated steel frame, sold for $60,000.

It was an exact reprise of one of Vincent van Gogh’s six paintings that were lost or destroyed during World War II, this one being the most famous, and also known as “The Painter on the Road to Tarascon” from 1888 and formerly in the Kaiser Friedrich Museum in Magdeburg Germany.

That city was firebombed by the Allies during the war and the van Gogh apparently, was one of the casualties.

Though brand new, the Jackson, burnt to a realistic crisp, still emits a sense of total destruction. 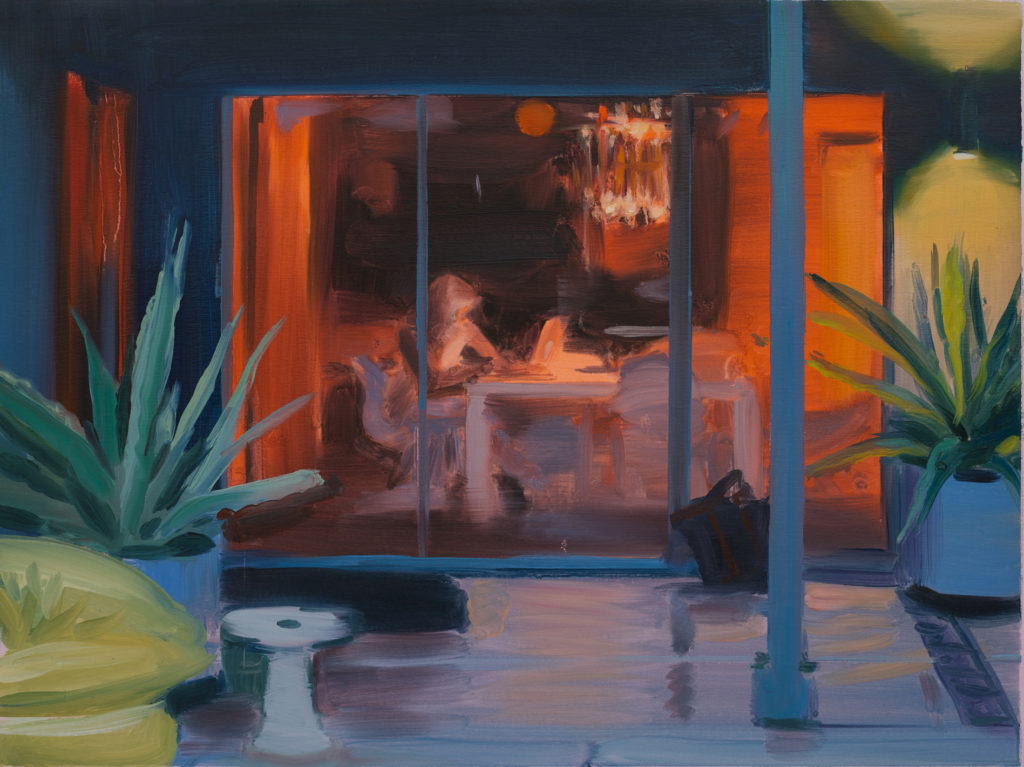 On a lighter and brighter note, the gallery also sold two lively figurative oil on paper works by Caroline Walker, “Study for Night Light” and “Study for Night,” from 2016 and 2017 for £3,100 and £2,850 respectively.

At London’s Edel Assanti, one of 31 galleries in the fair’s “Exposure” section curated by Justine Ludwig, presented the wild, James Ensor like paintings of Dale Lewis. 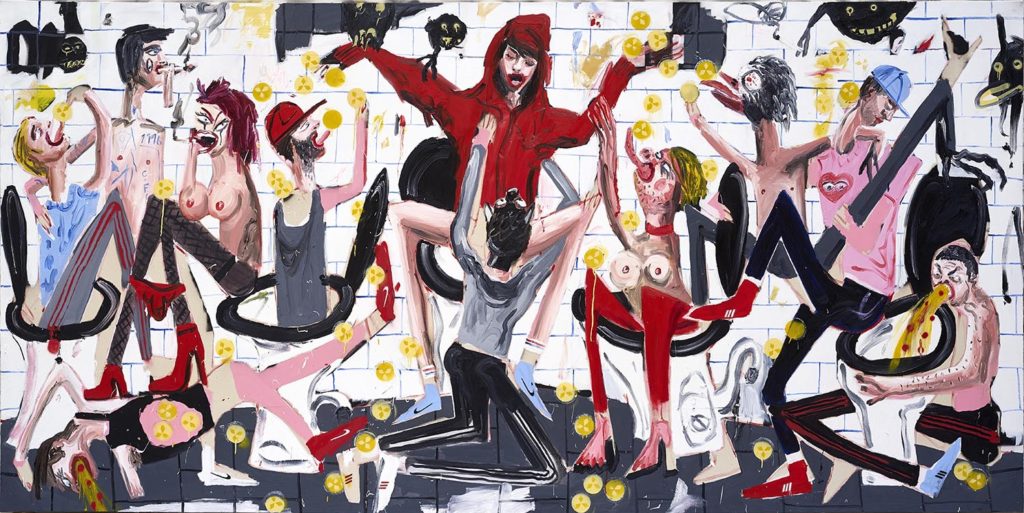 The wall sized and drugged out scene of “Fire Island” from 2017, executed in oil, acrylic and spray paint on canvas and scaled at 78 ¾ by 157 ½ inches sold for around £12,000, according to gallery co-founder Jeremy Epstein. 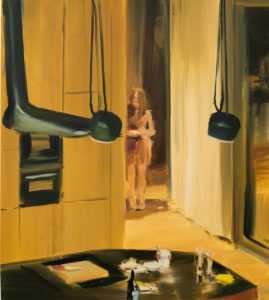 Lewis, a former studio assistant to art world star Raqib Shaw, has a quirkily rabid style, somewhat reminiscent of a Rick Prol from the East Village, and the drugged out days of the ‘80’s, yet replete with dark humor.

All the works sold to American collectors, according to Epstein.

The price points jumped higher at New York/London Levy Gorvy where a stunning and richly hued painting by Pat Steir, “Untitled” from 2004, in oil on canvas and scaled at 84 by 73 ½ inches sold to a Chicago collector new to the gallery for $550,000.

Part of the artist’s “Waterfall” series, the composition unleashes a cascade of flung and dripped brushstrokes in brilliant and multi-layer shades of red. 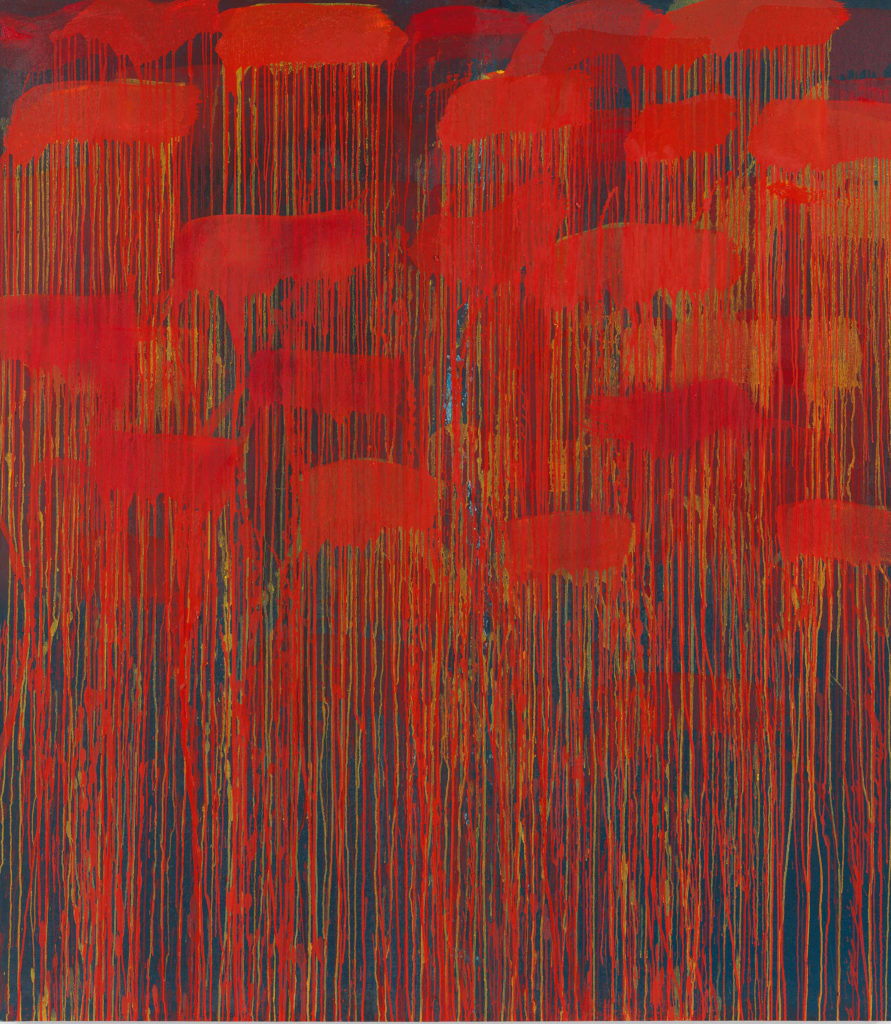 Steir, now 77, and currently showing paintings from her “Kairos” series at Levy Gorvy in New York (through October 21), is undergoing a much overdue re-appreciation of her abstract paintings. 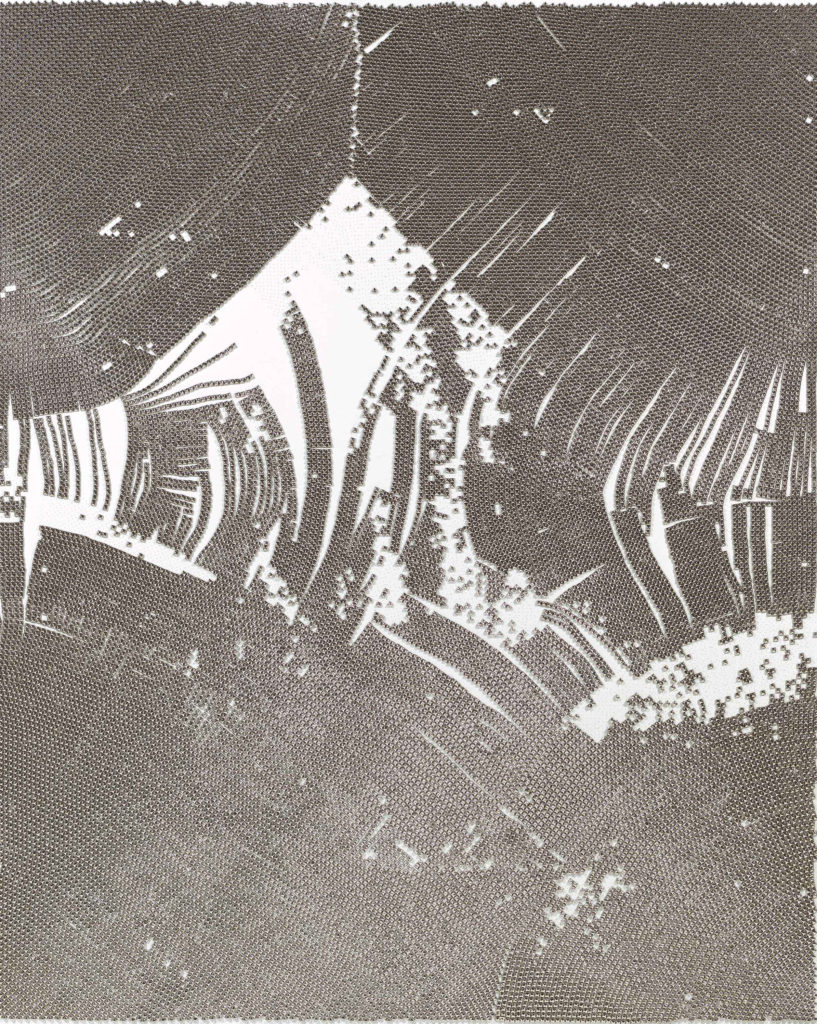 On a different note, the gallery also sold Dan Colen’s punk rock inspired “The Underground Rises Again” from 2015, scaled at 105 by 85 inches and comprised of metal studs on canvas in the range of $250,000, as well as two works from 1967 by the remarkable Italian artist Carol Rama, recently anointed to art world stardom from her exhibition at the New Museum that sold to different Midwestern collectors in the region of $250,000-500,000.

One of the Rama works, “Future,” comprised of plastic doll eyes, synthetic resin, India Ink and watercolor on card and measuring 13 3/8 by 17 ¾ inches, is a Surrealistic, mini tour-de force. 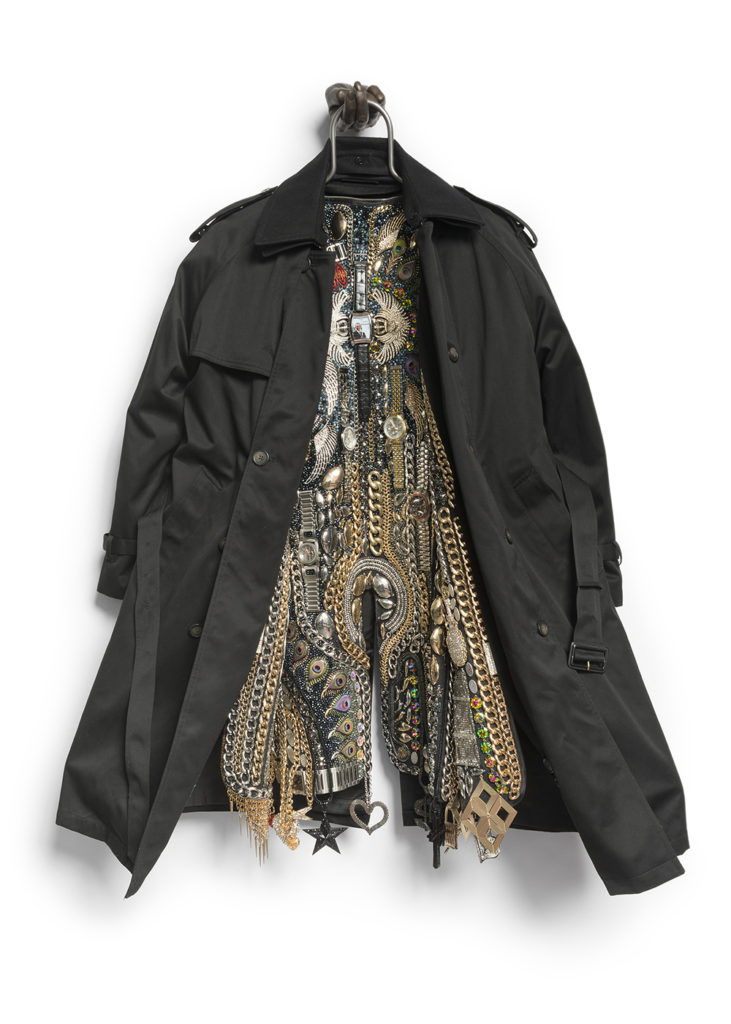 It ranks as one of the standout works in the fair, with one shiny element, a chunky Barack Obama souvenir watch with the President’s smiling face shining in the glittering mix.

The gallery also featured a group of recently unearthed works by Gerald Williams, one of the founders of the Chicago based Afri-COBRA group (an acronym for African Communed Bad Relevant Artists) from 1968 and currently represented in the Tate Modern’s breakout exhibition, “Soul of a Nation: Art in the Age of Black Power” (through October 22).

Williams’ Pop Art colored and slightly hallucinogenic acrylic on canvas composition, “Malcolm” from 1970, depicting the iconic visage of Malcolm X, and measuring 35 by 25 by 2 inches, sold for approximately $65,000.

“There is still a ways to go,” said Mathias Rastorfer, partner and co-owner of the blue chip Zurich/St. Moritz based Galerie Gmurzynska, commenting on the current standing of EXPO CHGO and complimenting the superb infrastructure of the museums here. “If it keeps on advancing,” and Rastorfer sounds confident that it will, “it’s possible to make this a very viable fair.”