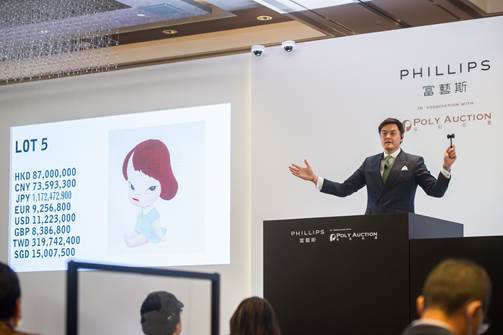 Nipping and then some at the high heels of Sotheby’s $88.2 million result for its contemporary art evening sale in Hong Kong on October 6, Christie’s and Phillips (in association with Chinese powerhouse Poly) delivered another $169.3 million in contemporary art on December 2nd & 3rd, further demonstrating the critical role that Hong Kong plays as a key market hub.

The seeming disconnect between buoyant prices in the auction rooms and disturbing local arrests of high-profile pro-democracy activists in the city including media mogul Jimmy Lai, made for a kind of Dickensian Tale of Two Cities. 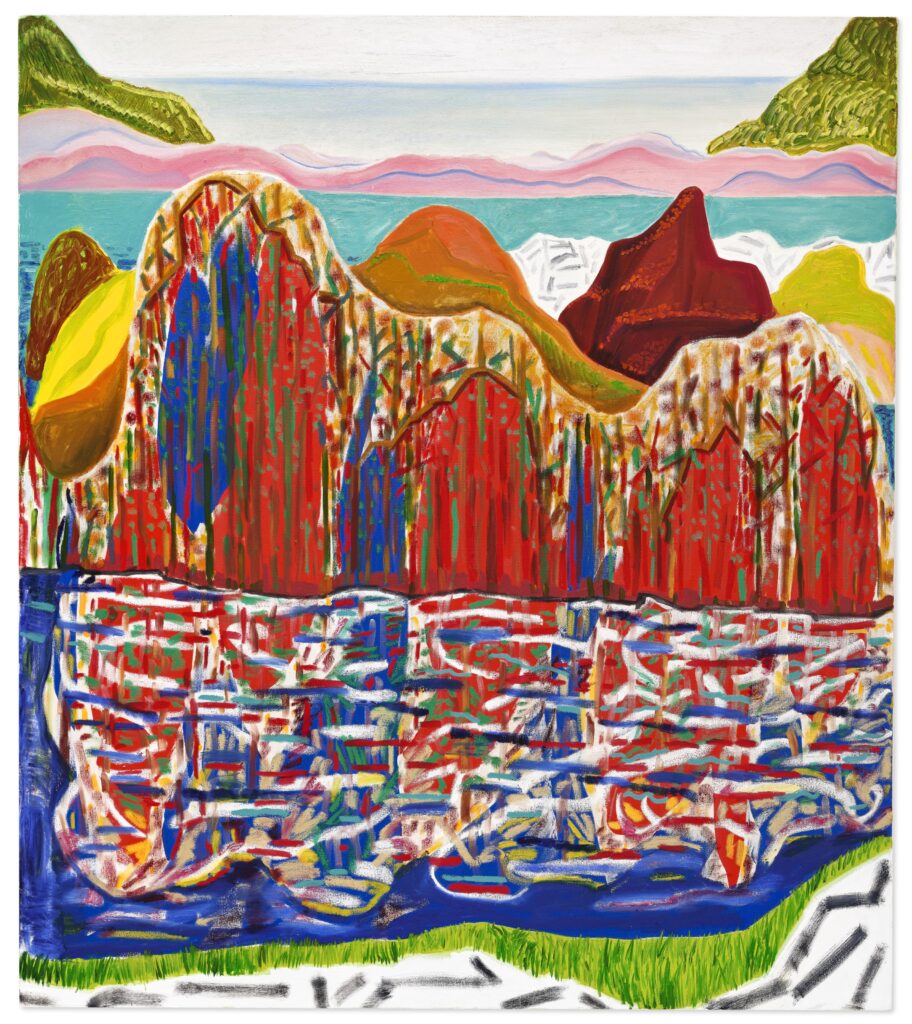 Putting that aside, the results were certainly impressive with Christie’s lead off sale on the 2nd pulling in $119.3 million with only five of the 49 lots offered failing to sell for a crisp 10 percent buy-in rate by lot. 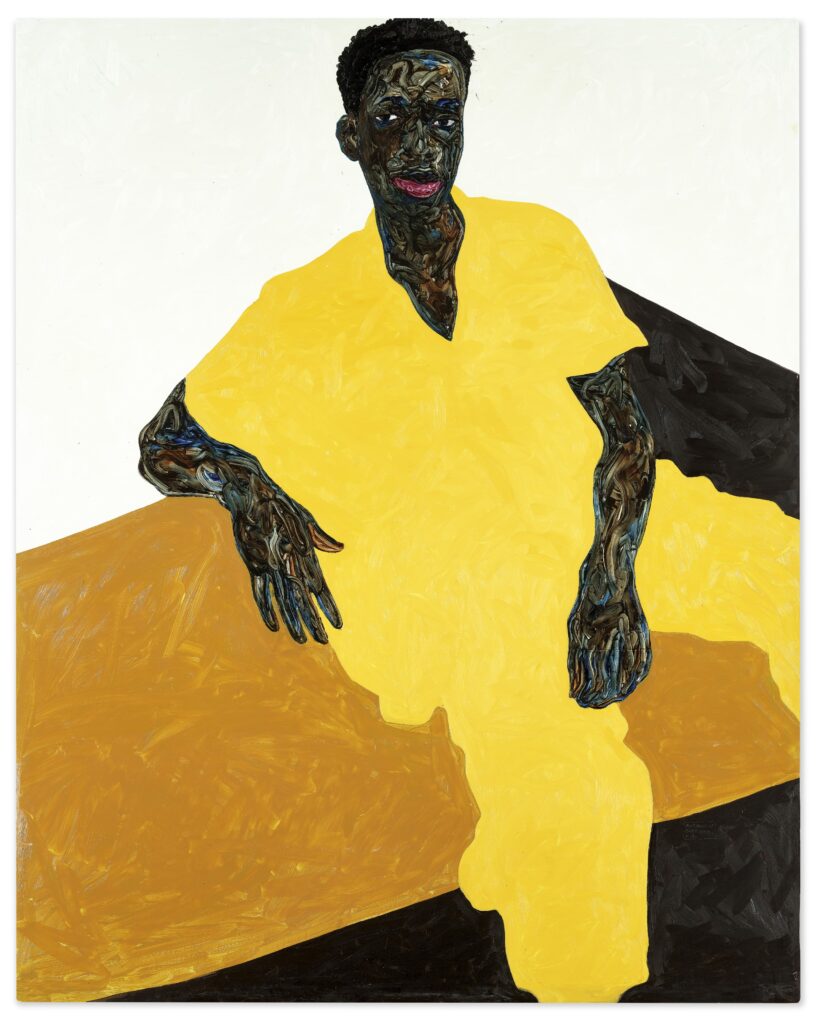 Primary market works by both artists are mostly impossible to source from their galleries so the auction arena is pretty much the lone alternative for landing secondary market fare. 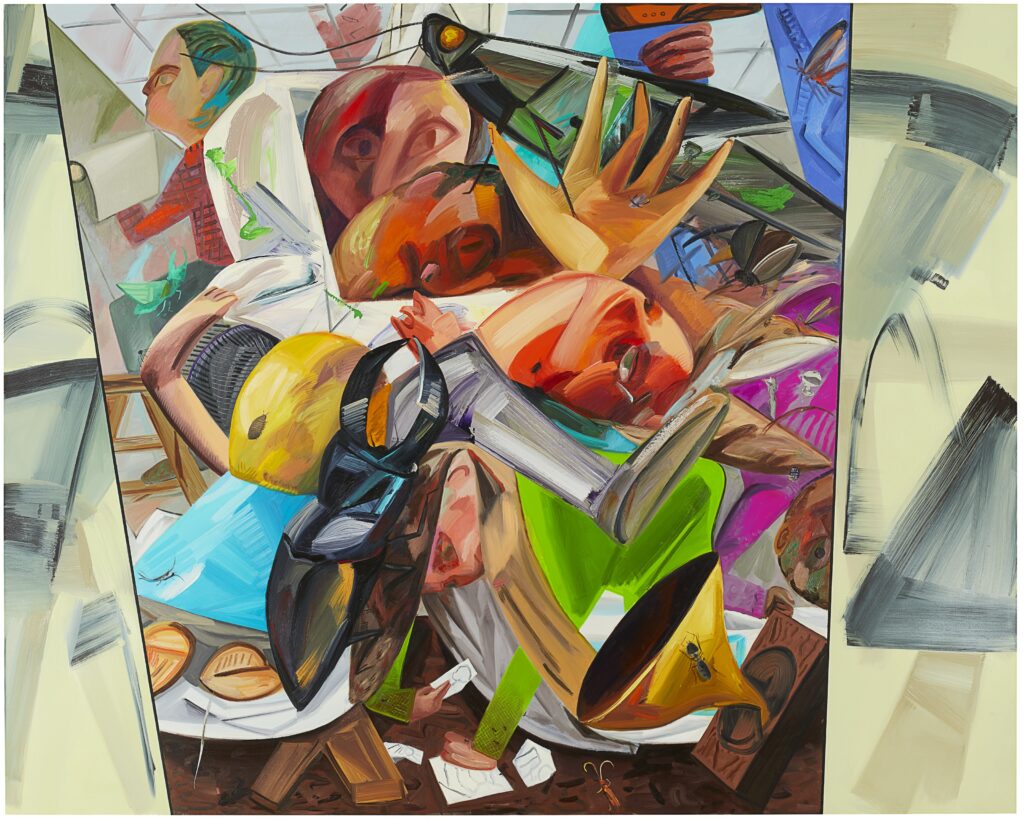 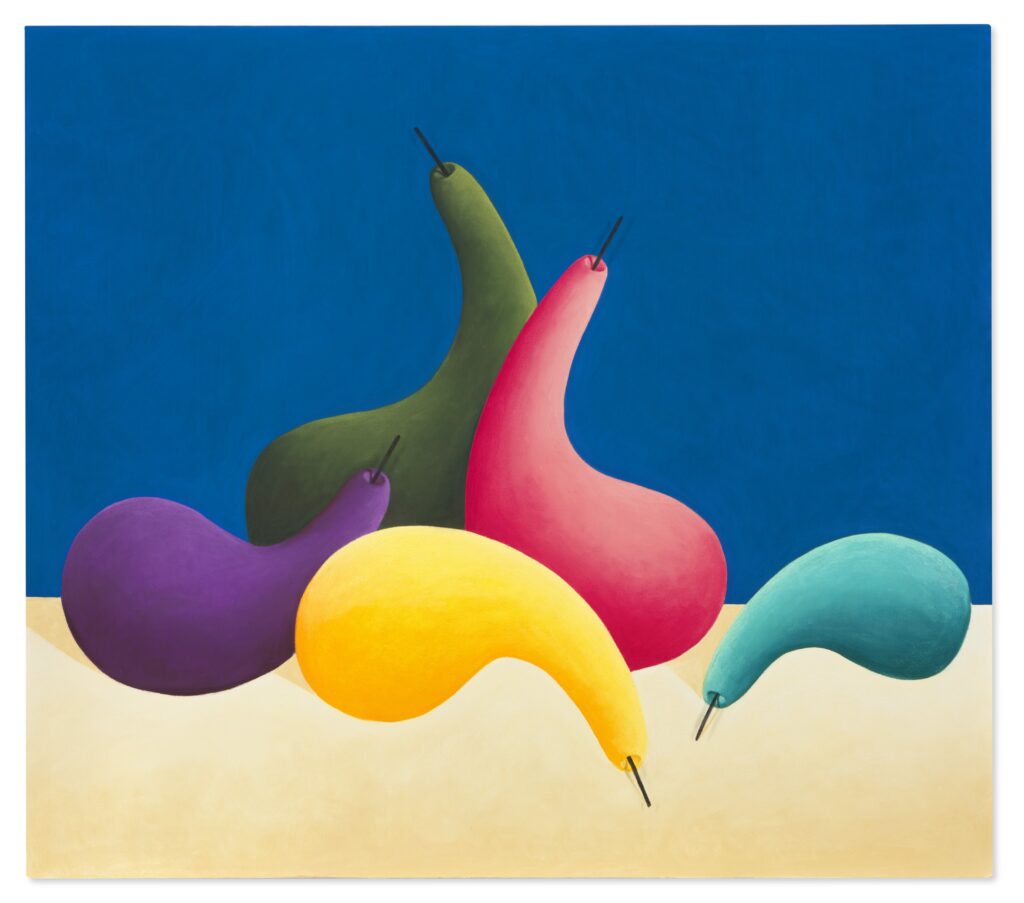 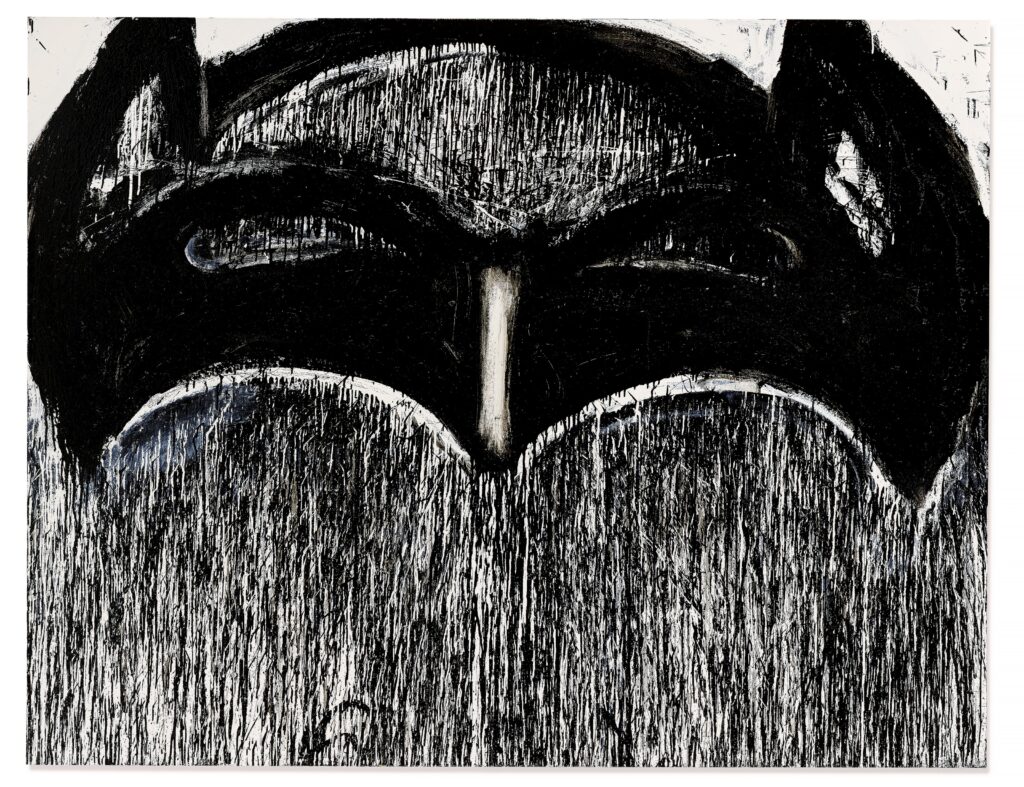 Pensato passed away last year at age 77 yet her work looks punkishly fresh. 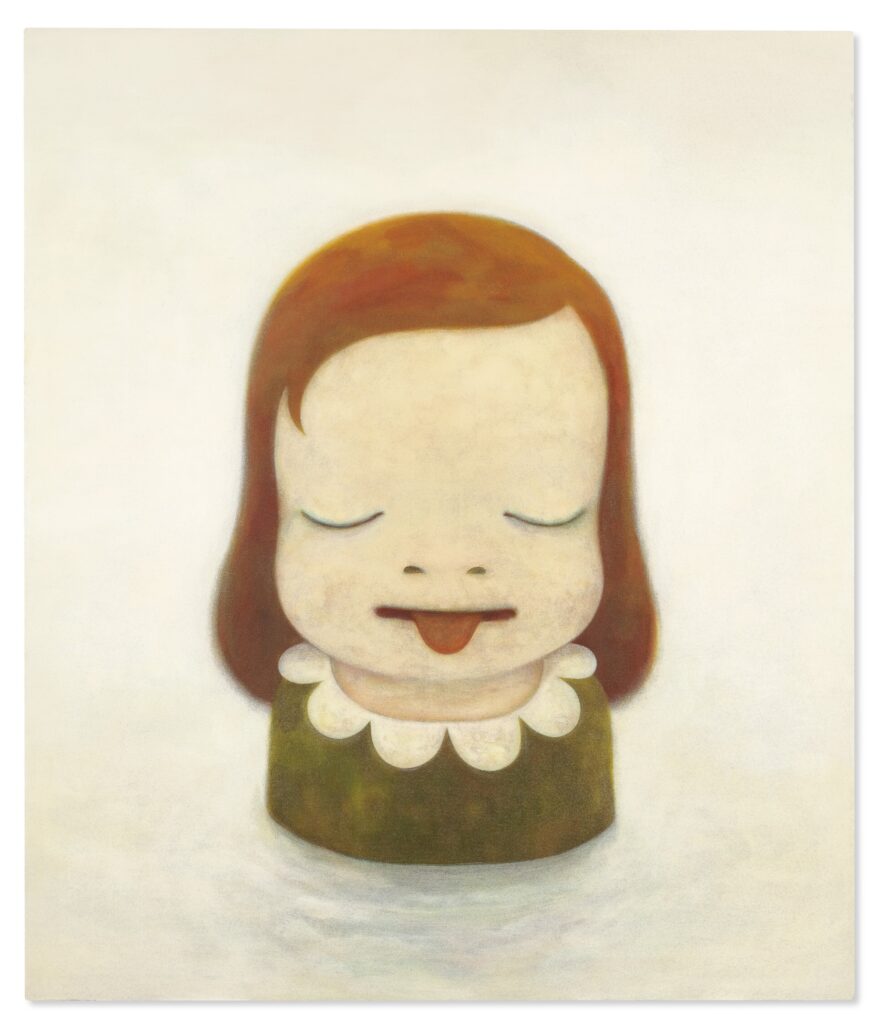 It was one of 21 works out of the 44 that sold that came to market backed by a third party or in-house guarantee, meaning, more or less, that almost half the sale was a foregone conclusion. 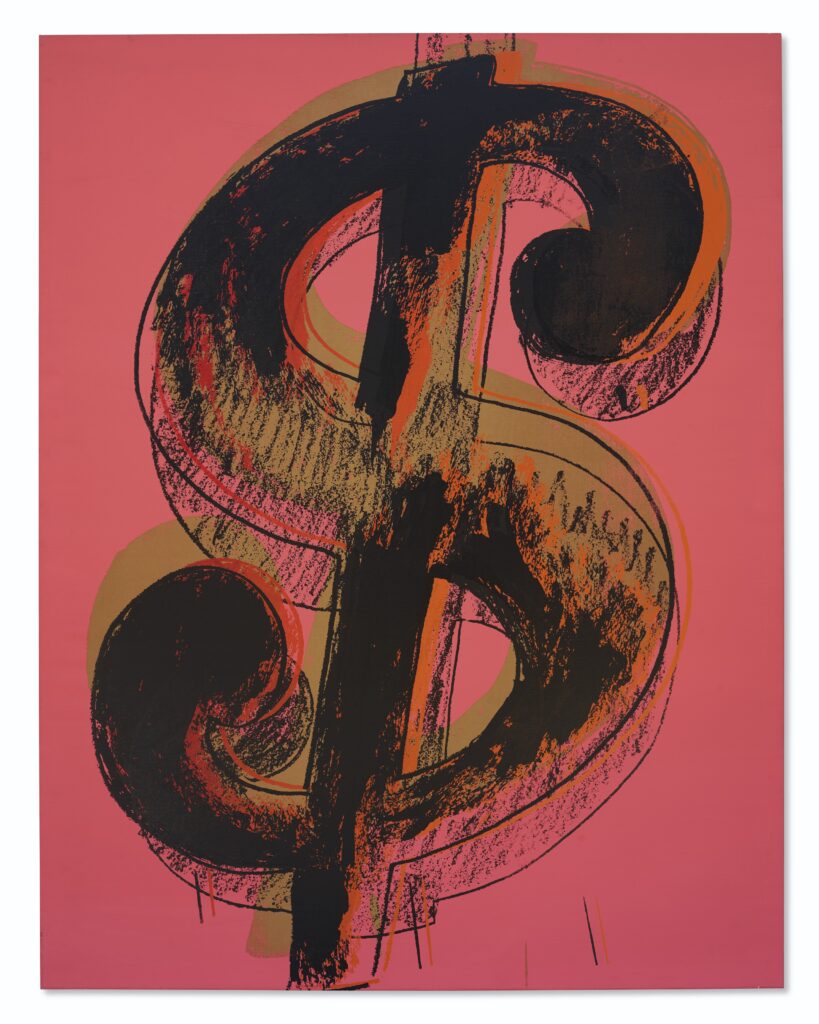 Both lots hammered below their low estimates, indicating a softening of the artist’s remarkable market in what may be a sea change in taste for this Post-War titan. 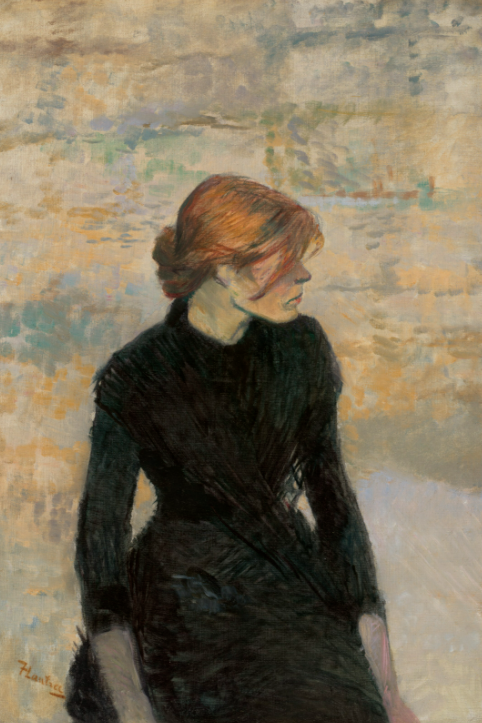 While the majority of the contemporary action took place in the Hong Kong live-stream leg of the two-city sale before it beamed over to New York and the auction baton of Adrien Meyer, the highest price and most hotly pursued work of the sale hailed from the 19th century and the estate of Mrs. Henry Ford II.

Henri de Toulouse-Lautrec’s gorgeous standing portrait,“Pierreuse” from 1889, depicting an auburn haired woman in a black dress and with her head turned away from the viewer and a wisp of hair covering her right eye, sparked a bidding battle that drove the price to the top lot high of $9,062,000 (est. $3-5 million).

Midway through the battle auctioneer Meyer accurately quipped,
“You won’t find another one,” deftly drawing out more bids.

It came to market without any guarantee. 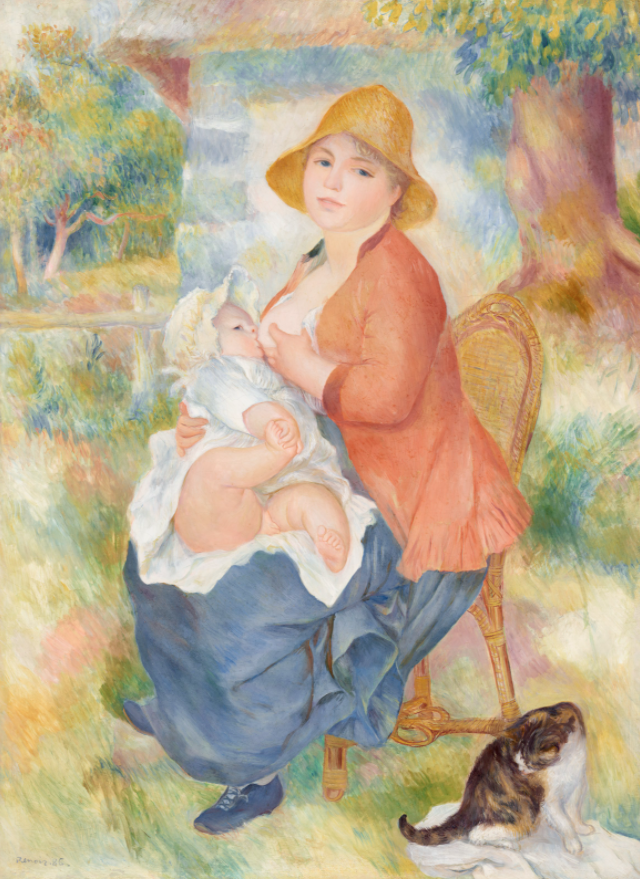 A less impressive outcome greeted the last lot in the sale, Pierre Auguste-Renoir’s charming depiction of his wife nursing their infant in a garden, “Jeune femme allaitant son enfant-Madame Renoir et son fils Pierre” from 1886 that made $2,430,000 (est. $2.5-3.5 million).

It last sold at Sotheby’s New York in May 1988, near the height of that auction bubble, for a whopping $8.8 million. Ouch!

The live-stream action shifted to Phillips and its new association with Poly Auction at the JW Marriott on December 3, tallying an impressive $50 million for the 29 lots sold and racking up four auction records.

It was the second highest price garnered for the rock star chased artist and came to market backed by a third party guarantee. 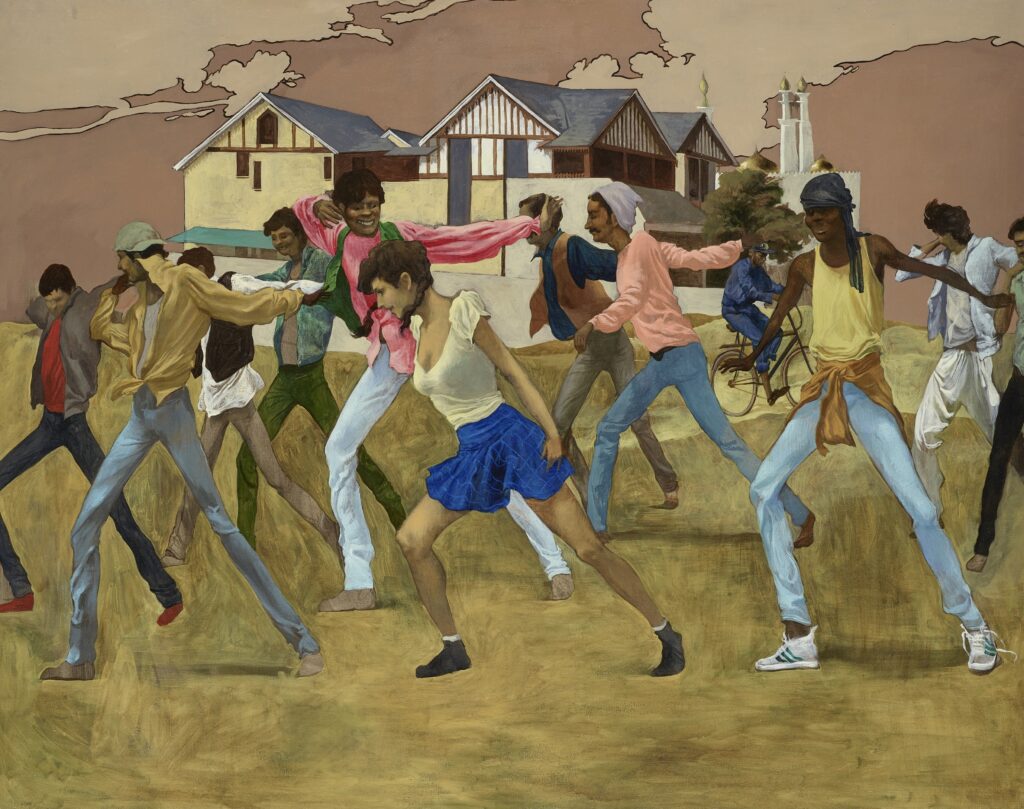 First shown at Karachi’s Canvas Gallery in 2014, the work also portrays the walled mansion hulking behind the dancing figures, presenting a kind of impossible barrier for the frenetic servant class figures in the foreground. 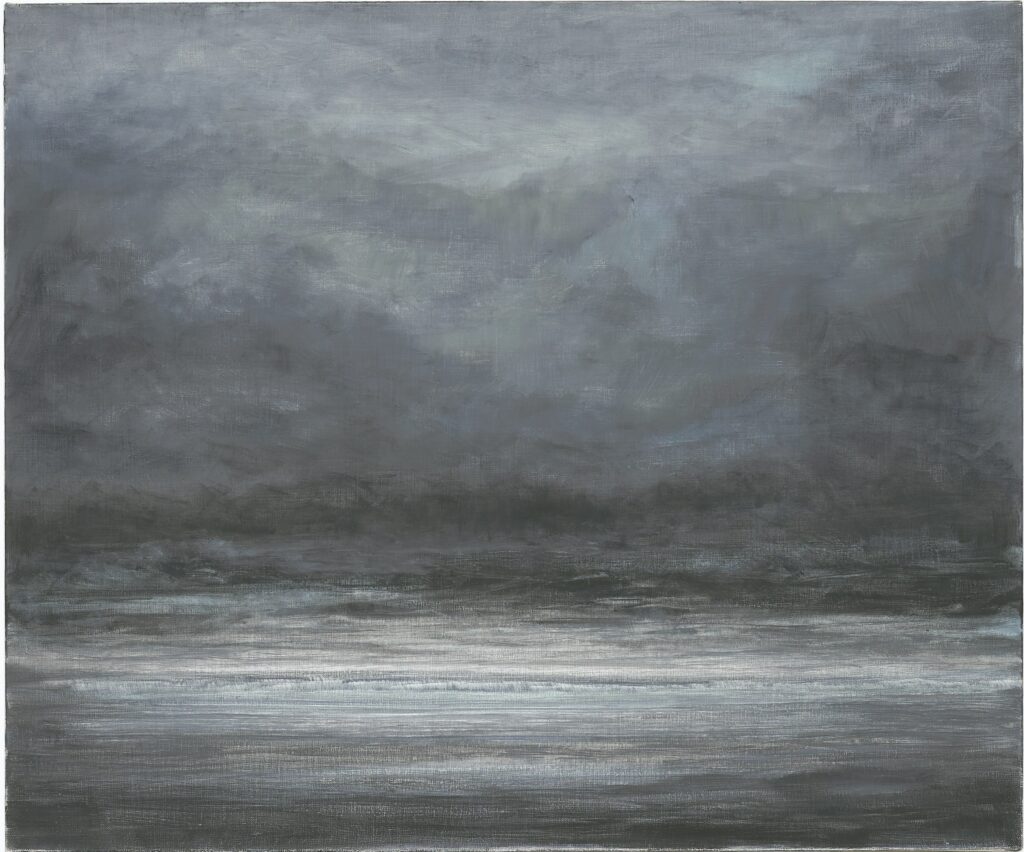 It was both Toor’s and Arruda’s auction debut in Asia. 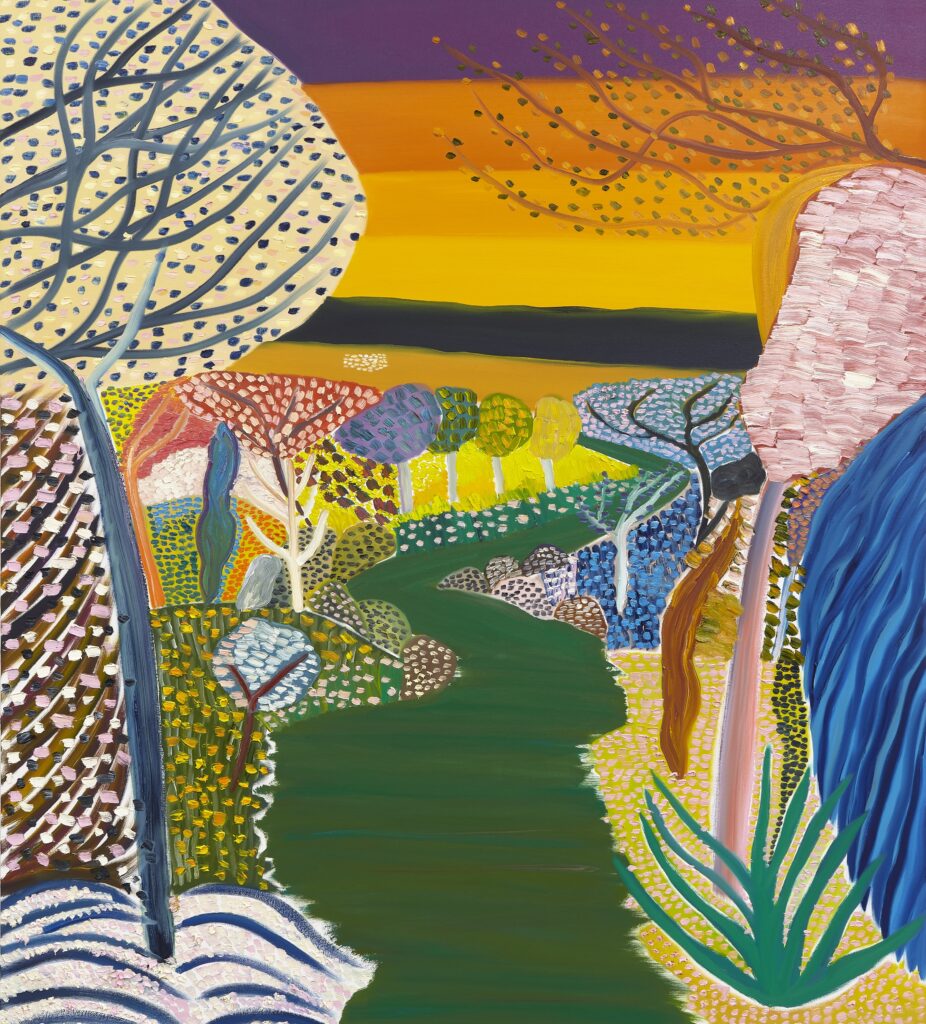 The Canadian born and for a while Hong Kong bred Wong, who committed suicide in 2019 and only began his painting career in 2012, has become a saint for the art market with his entire auction career taking place in 2020 with 15 works selling between $62,500 and the current record.

His story is certainly quieter than say Jean-Michel Basquiat’s but the global art market is clearly infatuated with his short-lived oeuvre.

Richter is making deep inroads in Asia, no doubt sparked by the whopping price achieved for his 78 ¾ by 78 34 inch “Abstraktes Bild (649-2)” from 1987 that sold to the Pola Museum of Art in Hakone Japan for $27,694,000 at Sotheby’s Hong Kong on October 6, the highest price realized for any Western artwork sold at auction in Asia.

The autumn season in Hong Kong, despite the alarming political strife, must be a welcoming sign for the Covid hit art market.