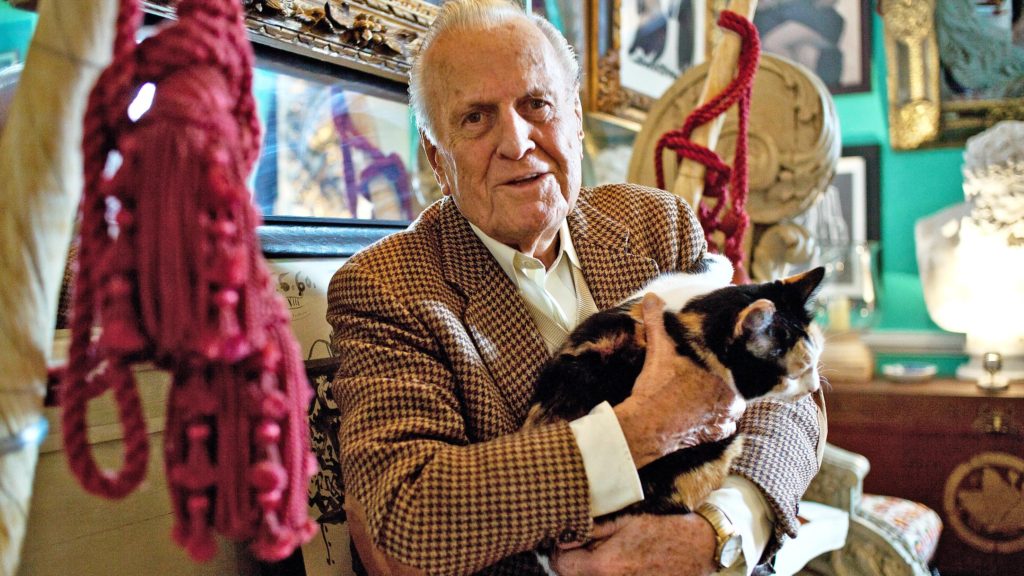 Over the course of many years and numerous articles I’d written that touched on the subject of Pablo Picasso, the late and great art historian and biographer Sir John Richardson would be my go-to, number one source.

Despite the immense preoccupation with writing what will become a four-volume treatise on the life of Picasso, with three already published to literary acclaim and the final volume near completion at the time of Richardson’s death at age 95, the writer and raconteur was generously available for spinning pitch perfect sound bites over the telephone.

Apart from the multi-volume, mountainous biography of the 20th Century’s greatest artist, Richardson had an extraordinary career as an art dealer, auction house and art investment fund executive, a kind of merchant-savvy Renaissance Man with matinee idol looks and a roving appetite for gossip.

Oh, and along the way, his portrait was painted by the likes of Lucian Freud, Andy Warhol (in black leather), David Hockney and Jenny Saville ( in the nude).

He also curated notable exhibitions on Picasso, from “Picasso-An American Tribute” staged at nine New York galleries with loans from 24 American museums and 87 named private collectors in 1962 to “Picasso: Mosqueteros” at Gagosian Gallery in 2008.

“While preparing this catalogue,” wrote Richardson in the 1962 forward, “I have been fortunate in having the support and encouragement of Monsieur and Madame Picasso.”

But it was his early years as the dashing companion of Douglas Cooper, the storied collector of Cubist art and brilliant art historian who counted Picasso as a personal friend, that became Richardson’s launch pad for his ultimate opus.

By the time he tackled the biography project, first for Random House and later Alfred A. Knopf, Richardson was already a star writer for Vanity Fair and The New York Review of Books, a kind of glossy training ground for his long form and brilliantly researched artist biography.

As Robert Hughes put it in a jacket blurb for A Life of Picasso-Volume I 1881-1906, “A richly informed and lucid account that pulls like a locomotive.”

Though I never had the lucky occasion to socialize with Richardson, I was thrilled to discover he cited my article from 1990 on the sale of Picasso’s “The Marriage of Pierrette” in a chapter note for the first volume.

“For a full account,” wrote Richardson, “of the vicissitudes of this painting, see Judd Tully “The Mystery of a Masterwork,” Washington Post, Feb. 25, 1990.”

I was temporarily in heaven. 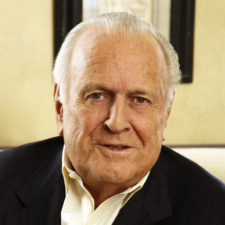 Sir John Richardson, the eminent historian and critic whose multivolume series on Pablo Picasso drew upon his personal and aesthetic affinity for the Spanish painter and was widely praised as a work of art in its own right, has died. He was 95. 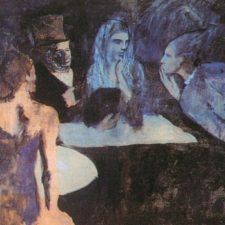 “I was amazed when I saw that tiny photograph of the painting in the IFAR bulletin,” recalled Picasso scholar Sir John Richardson in a phone interview. “I had been desperately trying to track it down for years. It was all very vague and mysterious.”

This entry was posted in Blog and tagged Pablo Picasso, Sir John Richardson. Bookmark the permalink.