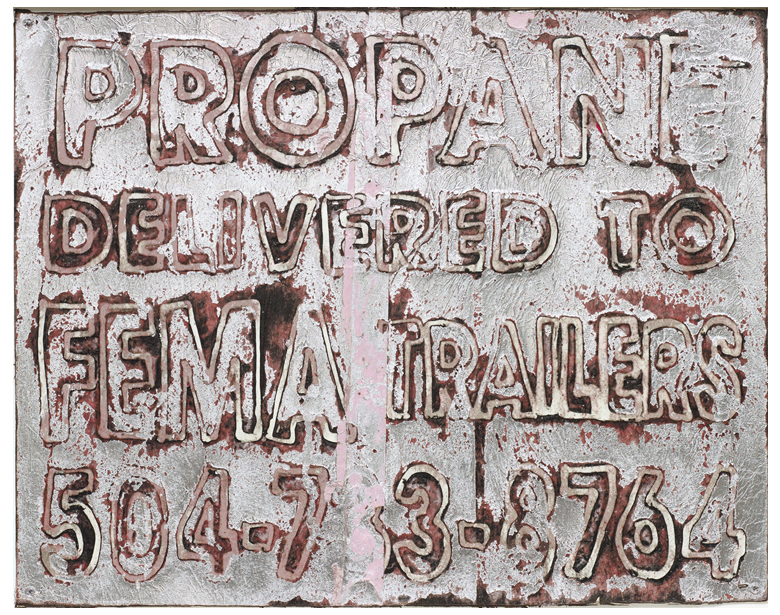 Amidst grumblings that the art market is entering a sluggish cycle, Phillips has secured a grouping of nine works from an American collector, including three paintings by superstar Mark Bradford, for its May evening sale of contemporary art in New York.

Bradford, the son of a single mom who owned a beauty parlor in Los Angeles, won a $500,000 MacArthur Fellowship genius grant award in 2009 and was featured in a laudatory Calvin Tomkins New Yorker profile last year on the occasion of the artist’s “Scorched Earth” solo exhibition at the Hammer Museum. In Tomkins’s article, art advisor Amy Cappellazzo characterized Bradford’s market as “white-hot at all levels.”

The Phillips news represents a coup for the boutique-scaled auction house during a relatively quiet time in the art world and a rare opportunity for collectors to compete for notoriously difficult works to source on either the primary or secondary markets. It is common knowledge, for example, that Bradford’s dealer, Hauser & Wirth, requires potential buyers to simultaneously acquire two works and promise to donate one of them to a museum collection.

The Bradford group is led by the map-like mixed media collage on canvas “Building the Big White Whale” from 2012, scaled at 144 1/4 by 104 ¼ inches and comprised of locally sourced found materials, especially printed paper and string, that are multiply layered and sanded down to create remarkable surface textures and buried content (the technique is described by Bradford as “repurposing,” rather than ”recycling”). The work is estimated at $3-5 million.

A second canvas, “Mixed Signals” from 2008, also in mixed media collage yet domestically scaled at 48 by 60 inches, likewise conveys a densely patterned, information packed, fictionalized map, here emblazoned with a fire stoked palette of silver, black, and red that resembles what one might imagine as an apocalyptic landscape. It carries a $1-1.5 million estimate.

The third Bradford, “Untitled (Corner of Desire and Piety) III” from 2008, is smaller yet at 22 by 27 ¾ inches and dates from the artist’s sojourn to New Orleans’s devastated Ninth Ward Post-Hurricane Katrina. Here, he sources and repurposes a FEMA found sign about propane gas deliveries to a higher level. The work, estimated at $100,000-150,000, was featured in Bradford’s “Merchant Posters” exhibition at the Aspen Art Museum in 2010.

Twelve works by Bradford have sold for more than a million dollars at auction, all between 2013 and 2015.

“This powerful group of works not only demonstrates the artist’s tremendous technical skill, but also the depth of his subject matter,” said Jean-Paul Engelen, Phillips’s worldwide head of contemporary art. “He’s truly a contemporary master.”