Skip to contentSkip to content
Blouin Artinfo
Christie’s Scores 4th Biggest Art Auction Ever, Pulls In $1.36 Billion in 2 Nights
May 14, 2015 by Judd Tully 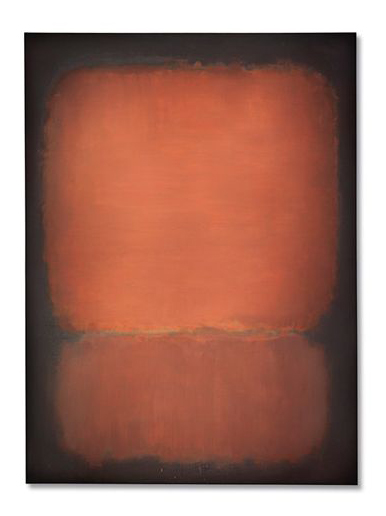 Flush with master works deemed desirable by the deep-pocketed art market, Christie’s continued its market dominance over arch-rival Sotheby’s on Wednesday night, delivering a massive $658,532,000 auction of Post-War and Contemporary art — the fourth highest result for any art auction in history. Combined with Christie’s Monday evening auction, “Looking Forward to the Past,” the Wednesday sale brought the house’s evening tally for this week to an unprecedented $1.36 billion.

Only ten lots out of the 82 offered failed to sell, for a crisp and seemingly remarkable 12 percent buy-in rate by lot.

Of the 72 lots that sold, three hurdled the $50 million mark, eight went over $20 million, thirteen exceeded ten million dollars and 63 made more than one million dollars. Eight artist records were set.

(Prices quoted include the hammer price for any lot sold plus the buyer premium add on, calculated at 25 percent up to and including $100,000; 20 percent on that part of the hammer price over $100,000 and up to $2 million; and 12 percent for anything above that. Pre-sale estimates do not include the premium.)

Wednesday’s mega-sale also included a long roster of financial guarantees, including 14 third-party guarantees backed by parties outside Christie’s and valued between $129.5 and $162.5 million, and 36 house guarantees valued at $249.1 to $342 million.

The auction jumped right into frenzied action with extraordinary property from the collection of celebrated art dealer/collector Ileana Sonnabend and the estate of her daughter Nina Castelli Sundell, as Giovanni Anselmo’s 90-inch-high, Arte Povera-period totemic sculpture “Torsione” from 1968, executed in metal, acrylic and flannel, sold to private dealer Philippe Segalot for a record-shattering $6,437,000 (est. $600-800,000). That sale crushed the previous mark set by another rendition of “Torsione,” which made €370,400/$441,425 at Sotheby’s Paris in October 2005.

Continuing with the small-is-better theme among the Sonnabend offerings, Jasper Johns’s brilliant object “Target” from 1960, comprised of graphite, paintbrush and dry watercolor cakes in red, yellow and blue on paper in wood frame brought $2,405,000 (est. $2-3 million).

Rauschenberg, who first showed with Ileana Sonnabend at her Paris gallery in 1963, once claimed he never completed a painting “without wondering what Ileana would think of it.”

The nineteen works from the Sonnabend/Sundell trove made $60.1 million, compared to pre-sale expectations of $26.95-41.5 million.

Pop Art entries were also on offer from various owners, including Andy Warhol’s somewhat underknown — and, at 126 by 82 inches, immense “Colored Mona Lisa” from 1963, which sold to dealer Larry Gagosian for $56,165,000 (unpublished estimate in the region of $35 million0.

At least three bidders including Jose Mugrabi stayed in the game at over $45 million.

Vaunted British imports included Francis Bacon’s expressionist “Portrait of Henrietta Moraes” from 1963, based on a John Deakin photograph of Bacon’s friend reclining nude with legs provocatively splayed on a white bed and set against an intense lilac colored wall. It sold to a telephone bidder for $47,765,000 (unpublished estimate in the region of $42 million). It came to sale with a third party guarantee and had last sold at Christie’s London in February 2012 for £21,321,250/$33,474,363.

“I was determined to buy it,” said Ordovas as she exited the salesroom, “and the new owners are thrilled.”

Another version of Freud’s plus-size model, “Benefits Supervisor Sleeping” from 1995, sold at Christie’s New York for a record $33.6 million in May 2008, at the time the highest price for a work by a living artist.

In tonight’s version, model Sue Tilley reclines nude at one end of a well-worn sofa, the model’s head tilted back, exposing her neck as well as the rest of her. Ordovas, who worked closely with Freud during the last ten years of his life, said that the artist preferred tonight’s version.

Consigned by noted Boston collector Barbara Lee (the mother of uber collector Tom Lee), the painting came to market with a Christie’s guarantee.

The long evening also included major Abstract Expressionist-era works, led by Mark Rothko’s mystically dark and smoldering composition, ‘No. 10” from 1958, which fetched $81,925,000 (unpublished estimate in the region of $45 million), becoming the top lot of the night.

The depth of the market was amply evidenced by the fact there were seven bidders still in the contest at over $50 million, and at least four bidders continued the chase for the rare-to-market masterpiece, including Jose Mugrabi, usually better known for nabbing almost any stripe of Warhol at auction.

The anonymous consignor acquired the towering, 95-by-69-inch painting from the Pace Gallery New York in 1986, at a time when major Rothkos had yet to trade at the million dollar mark.

The giants of American/Expatriate Post-War art kept up the blistering pace, as a brilliantly calligraphic Cy Twombly work from his Bolsena series, “Untitled” from 1969, drew spirited competition before selling to Gagosian for $42,725,000 (est. $35-55 million). New York dealer Robert Mnuchin was the underbidder.

As was true of so many of the big ticket offerings, the elegiac Twombly, housed in the same collection since 1989, came armed with a Christie’s guarantee.

And the market stretched high for a relatively late Robert Ryman, the snow white Minimalist masterwork “Bridge” from 1980, executed in oil and rust preventative paint on canvas with four painted metal fasteners and square bolts attached. It sold to a telephone bidder for a record $20,605,000 (est. $10-15 million).

Sculpture was gracefully represented, with Alexander Calder’s multi-element and perfectly balanced hanging mobile in painted sheet metal and wire, “Untitled” from 1954, selling to dealer David Nahmad for a below-estimate price of $5,877,000 (est. 6-9 million). It had last sold at Christie’s New York in May 2001 for $650,000.

And Jeff Koons’ “Louis XIV” from 1986, luminously cast in shiny stainless steel and looking as if it hailed from the workshop of a 17th-century palace atelier, sold to Mnuchin for $10,805,000 (est.$10-15 million). It had been consigned by publishing magnate Benedikt Taschen, who acquired the work directly from the artist in 1993.

Speaking of Koons, a major painting bearing his provenance as a previous owner, Martin Kippenberger’s oddly figurative 1988 “Untitled,” featuring a portly, bearded man wearing a pair of salmon pink underpants and holding on to a scaffold contraption, sold to another telephone, manned by Christie’s deputy chairman of Asia, Xin Li, for $16,405,000 (est. $15-20 million).

The image, inspired by a famous David Douglas Duncan photograph of Picasso in his underwear regally holding on to the collar of Kabul, his Afghan hound, is one of Kippenberger’s strongest images, a tongue in cheek self-portrait as Picasso. It was also consigned by Taschen, and is one of six self-portraits on that theme.

Both of the Taschen offerings came with Christie’s guarantees and were gaudily presented during the pre-sale exhibition in a mirrored room at Christie’s Rockefeller Center showrooms under the hyped title of “Face Off.”

The marathon evening also included work by other art stars whose reputations were forged in the 1980s, including Jean-Michel Basquiat’s remarkable early work, “The Field Next to the Other Road” from 1981, a mural-scaled multi-media painting featuring a haloed, skeletal, nude male figure clutching a rope tied around the neck of a cow. It sold to a telephone bidder for $37,125,000 (est. $25-35 million).

Dealer Christophe van de Weghe was the underbidder, and as he exited the salesroom he expressed his disappointment in once again losing out on the work that he first tried to buy as a young dealer at another Christie’s auction in 1993 — when he couldn’t come up with the $75,000 it was going to cost him. “So this is my second failure.”

Speaking of failures, one of the relatively few tonight was the spurned Christopher Wool broken text painting “Untitled” from 1990, spelling out the word Hypocrite in three rows of bold black letters across a 96-by-64 inch alkyd-and-acrylic-on-aluminum surface.

Owned by the consigner since 1999, it tanked at a chandelier bid $14 million against pre-sale expectations of $15-20 million.

Another variant from the same celebrated series, “Untitled (RIOT),” sold at Sotheby’s on Tuesday evening for a record $29.9 million.

It seems that inexplicable mysteries still crop up in this still blazing market.

“The sale was fantastic,” said London jewelry magnate Laurence Graff as he plowed out of the salesroom. “It seems that good works are in big demand. The risk of bringing out all this work is huge and yet most of it sold. It’s making diamonds seem cheap.”

The week of contemporary evening actions has its finale at Phillips on Thursday.