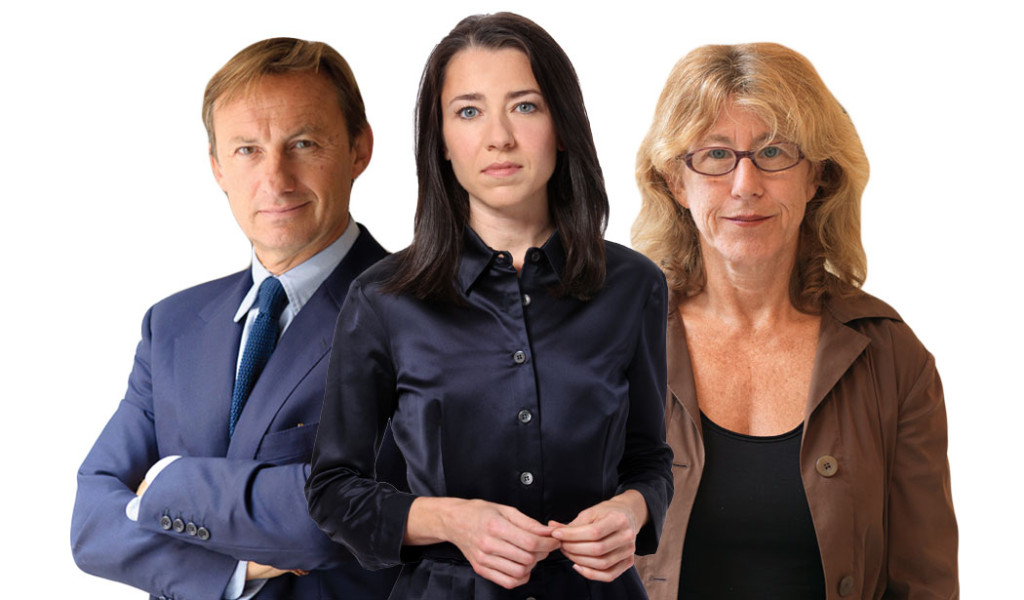 In March 2013, Jérôme de Noirmont closed the door of his Paris gallery on the elite art strip of Avenue Matignon. “In order to continue,” he wrote in a frank farewell letter to clients, “it would mean enlarging our premises, recruiting numerous employees, including several on a high level, and greatly expanding the list of represented artists. Such a significant development implies huge investments in terms of finance, time, and energy along with major risk taking… Such an expansion seems unrealistic to us.” Noirmont represented Jeff Koons in France between 1997 and 2010, with three solo exhibitions, including “Popeye Sculpture” in 2010. He lost that exclusive franchise with the opening of Larry Gagosian’s gallery—his ninth—in Paris that same year.

Similar stories of increased difficulties lurk behind a spate of recent gallery closings in art centers around the globe. Yvon Lambert closed his renowned 48-year-old Parisian gallery in the Marais last December, three years after shuttering a stunning, 5,500-square-foot space on West 21st Street in Chelsea. Berlin/Beijing dealer Alexander Ochs, who specializes in contemporary Chinese art, representing artists such as Fang Lijun, discontinued his Kreuzberg gallery in Berlin last year, only to reopen as a “private salon” in his 3,200-square-foot apartment in Charlottenburg. And this August saw the shutting down of both Manny Silverman Gallery in Los Angeles and McKee Gallery in New York.

Other notable dealers have chosen to end eponymous enterprises to join larger entities at a partnership level. Such was the case with Gérard Faggionato, who recently joined David Zwirner in London, and Valerie Carberry, who merged with Chicago’s Richard Gray last spring. Veteran contemporary art dealers Esther Schipper and Jorg Johnen are in the process of consolidating their Berlin operations.

Noirmont believes there are two choices for dealers today, either to run a lightweight, cost-effective operation that supports young artists or adopt the megagallery model.

Nicole Klagsbrun—who, in closing her eponymous and high-profile 15-year-old Chelsea gallery in March 2013, memorably remarked, “I’m not sick and I’m not broke; I just don’t want the gallery system anymore”—has opted for the former, operating in a more nimble, freewheeling style that includes pop-up exhibitions. Last May she staged “Lee Quinones,” a survey of the Puerto Rico–born graffiti artist, at 291 Grand Street on the now gallery-dense Lower East Side of New York.

“It was very hard for my type of gallery to become a big one,” Klagsbrun says, commenting on the pressure to grow while retaining the intimacy of a bespoke, boutique-scaled business; she cites challenges such as having artists poached by big galleries and putting up stands at the art fairs. The dealer, who in September partnered with Jeffrey Deitch in SoHo on an exhibition of the late Los Angeles–based artist and occult practitioner Cameron, sees a big plus in her evolving modus operandi: “Obviously, I’m happy to be outside because I have the freedom to really choose what I want to do and when to do it and really focus on projects.”

Similar pressures and opportunities cropped up for Chicago primary- and secondary-market dealer Valerie Carberry before her merger with the established Richard Gray Gallery last May. The two entities had been cordial neighbors and business allies for years on the 38th floor of the John Hancock Center on Michigan Avenue, most visibly in August 2014, when the galleries collaboratively staged “Retreat,” a group exhibition conceived and organized by the lionized Chicago artist Theaster Gates.

Carberry, whose gallery was elected to the Art Dealers Association of America in 2008 and regularly participated in Art Basel Miami Beach, the Art Show, and the Armory Show in New York, views the change in a proactive light. “It’s a sign of the times,” says Carberry, who specializes in mid-century abstraction. “After hitting great milestones for a midlevel gallery, you need support, and I felt joining forces with Gray—who also has a New York space—[would] take it to the next exciting level.”

As Carberry analyzed her prospects, she recognized that the increasing need “to take your show on the road” posed a great risk. “The cost of doing art fairs represents a big line item for a small business, and they’re unpredictable and risky,” she says. “If you don’t do well, it matters.”

The dealer views the merger with Gray “more like continuity than an ending. It is very much my program and identity that are merging with this esteemed, long-standing gallery.” As for losing her stand-alone appellation, Carberry says that “the opportunity overshadows any bittersweet feelings I might have.”

Brick-and-mortar entities are feeling the pressure to change gears in a fast-moving art market that long ago collectively shed its old-fashioned allegiance to any bespoke gallery or auction house in favor of whoever offers the best deal. This has affected and motivated even seasoned secondary-market dealers like New York’s Hollis Taggart, who recently staged the critically well-received “Audrey Flack: The Abstract Expressionist Years.” In back-to-back changes, Taggart closed his 2,000-square-foot space at 958 Madison Avenue in July, setting up shop for private viewings in a smaller town house at 18 East 64th Street and simultaneously opening a 4,000-square-foot, seventh-floor gallery space at 521 West 26th Street in Chelsea.

“What I’ve found,” said Taggart as he arranged his stand at Art Southampton in late July, “is that it’s not necessary to maintain an expensive Madison Avenue presence to sell secondary-market material, since it’s become less personal and more object oriented. Basically, you make connections and sell secondary-market work by sending it out on approval or [having] people come in to see something. But it doesn’t much matter where you are; it’s more important what you have. Now you go to the outside world to present your material in art fairs, or—as a lot of dealers have been doing—just put things up at auction, because if you can’t beat ’em, join ’em.”

Taggart didn’t mince words about the power of the auction houses. “Not only do they have access to the material, but obviously they also have access to the clientele that no one dealer can compete with.” He continued, “A lot of dealers are participating with the auctions in private-treaty deals, using their marketing muscle and connections. And on the other hand, you just have to go your own way. The luck of whoever can get the goods is really the whole game.”

Even galleries that sprang up in the 21st century to champion emerging artists seem to be facing similar challenges, as evidenced in part by the recent closing in Chelsea of Wallspace and the pending close of Mixed Greens.

With their lease expiring, Wallspace founding partner Jane Hait reluctantly decided with her partner Janine Foeller to close up shop at 619 West 27th Street in August after a dozen years in business. Their last exhibition was a striking show, organized by Jay Gorney, of paintings and drawings from 1963 to 1983 by the late Deborah Remington, which critic David Ebony characterized as “revelatory.”

“For a long time,” says Hait, “we were in denial about our finances because we very badly wanted to continue, but at the end of the day, we didn’t want to move into a space that would limit our artists.” Hait adds that even a lateral move to another 2,000-square-foot space would “cost twice as much as what we’re spending, at least.”

She isn’t exaggerating. Commercial rents in New York’s Chelsea district have skyrocketed over the past decade; ground-floor space currently rents at around $125 a square foot annually and upper floors at $65 to $75 a square foot, according to longtime real estate broker Susan B. Anthony. Perhaps predictably, gallery rents on the Lower East Side, where many dealers migrated, are now just as high. “Dialing back 10 years,” says Anthony, “ground-floor space in Chelsea was $40 a square foot and upper floors were $25 to $30 a square foot. I don’t know how people are coping.”

Hait notes that over the course of the past decade in Chelsea, “many of the galleries of our generation closed for a range of reasons.” Those included Clementine Gallery in 2008, Bellwether in 2009, John Connelly Presents in 2010, and Taxter & Spengemann in 2011. For Wallspace, “we were looking to grow, and it just became really clear that that wasn’t possible.”

Digging into those brick-and-mortar woes, Magnus Resch, a 31-year-old, Switzerland-based academic and art adviser has penned a dry but data-filled book, recently released in English as Management of Art Galleries, based on responses from more than 1,300 galleries in the United States, Britain, and Germany to a questionnaire that revealed that some 30 percent lost money in their gallery operations while the average profit margin for those lucky ones in the black was a lowly 6.5 percent.

Given the now-obsolete or about-to-be-Rust-Belted model of the tradition-bound gallery, what do younger galleries turn to in the current environment? “The increase in the importance of art fairs has really hollowed out the midsize and small gallery market,” said Brett Schultz, cofounder with Daniela Elbahara of Mexico City’s Yautepec Gallery and the three-edition-old Material Art Fair in Mexico City. “It’s difficult for those galleries to survive unless they have an enormous amount of capital to be able to do fairs around the world and tackle that aggressively. That’s why we’re seeing such an increase internationally in this kind of smaller project space, like Lulu in Mexico City and Queer Thoughts in New York, some that are run by artists and some that are run by curators or what have you. These galleries are operating a lot more lightly. They can focus on their program but without the commitment of taking on artists and being responsible for them.”

“This idea of the independent dealer,” said Faggionato, shortly after closing his David Chipperfield–designed gallery after 22 years in Mayfair, “is a romantic one, and I understand it and like it, but maybe the reality is slightly different.” The dealer, who had handled the Francis Bacon estate in tandem with New York’s Tony Shafrazi for a decade and sold the artist’s last triptych (from 1991) to the Museum of Modern Art in 2003, observed, “the competition is very different from what it used to be. Now everything is more about the market than individuality.”

Upon closing his Richard Gluckman–designed space in August after a quarter century at 745 Fifth Avenue, David McKee—who represented Philip Guston from 1974 until the artist’s death in 1980, and then his estate up until recently—said, “we believed that fundamentally it was the work that should achieve its place in history, and not by promotion and hype, and we still believed it until the end. Today,” he adds, “it’s all happening too fast and it’s too market driven. The art world has become a stressful, unhealthy place.”