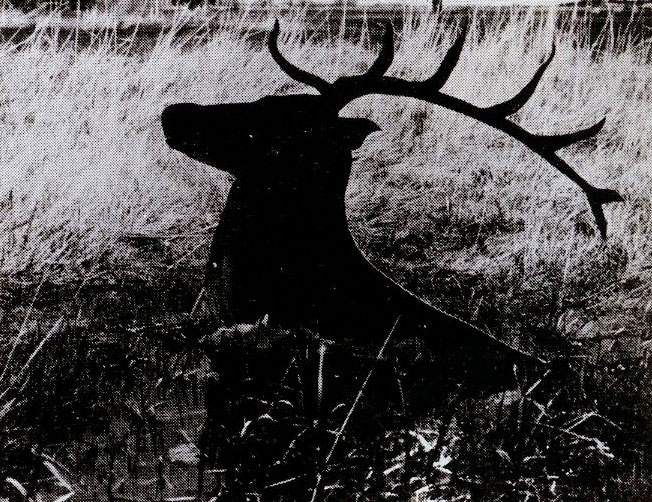 David N. Wells held a sculptural seance on a vacant lot in the infamous environs of the South Bronx, conjuring up aristocratic huntsmen from a fifteenth-century canvas of Lucas Cranach the Elder.

Working as an artist-in-residence at the avant-garde guerilla storefront gallery of Fashion/Moda at 149th Street and Third Avenue, Wells jig-sawed over seventy life-size plywood figures of plumed huntsmen on horseback, hungry hounds and a bog-drenched cluster of antlered stags, interlocked in a maze-like forma- tion of upraised spears and cocked cross-bows.

Salvaged from construction fencing in downtown Manhattan, the dull blue plywood boards, weather beaten and tattooed with a scarred patina of May Day posters, delivered a curt economic and most likely, political statement to the large scale installation. Once sited on a no-man’s land lot of burnt-out abandoned cars and a surprisingly thick undergrowth of Bronx flora, the hunters themselves became prey to the neighborhood.

Just as Lucas Cranach painted the blue blooded scenes necessary for any court painter to Frederkk the Wise of Saxony, peasant warfare still raged against the aristocracy in sixteenth- century Germany. Wells’s time machine takes priviledged hunters out of context and places them in a hostile game preserve. In staccato fashion, the huntsmen were disarmed of cross- bows and spears and sheaths of arrows by the energetic youth of the neighborhood that most recently provided a tingling background for the bloodcurdling film, The Wolfen. Wells’s choreography of the hunt disappeared into cruder variations staged by the local populace, all based on building a better bunker out of the plywood players.

Unlike earlier forays into the increasingly slick turf of “public art,” Wells wrestled his figures out of those protected preserves to experiment in a riskier arena. Pity that Hunting! Casa was trashed. Revel that Lucas Cranach the Elder visited the South Bronx.

This entry was posted in Reviews and tagged David N. Wells, Fashion/Moda, Harlem. Bookmark the permalink.