Skip to contentSkip to content
Artnews
Willie Birch, Artist and ‘Social Chronicler,’ Is Portraying the World as He Sees It
March 21, 2022 by Judd Tully 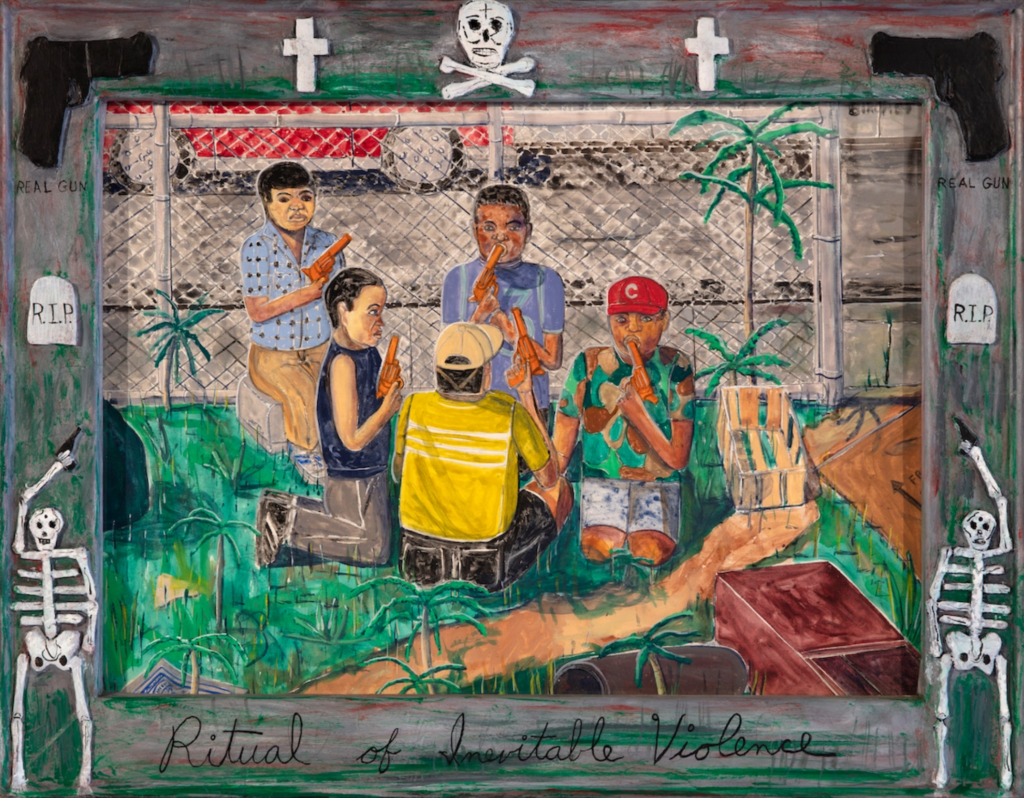 Fresh off a stellar appearance at last fall’s edition of the Prospect New Orleans triennial, Willie Birch is back in New York with a retrospective at Fort Gansevoort gallery. The show, which features a rich mix of hand-crafted, mixed media figurative sculptures and works on paper in acrylic painted papier mâché frames, is his first in New York since 2000, when he showed at the now-shuttered Louise Ross Gallery.

The artist first received praise back in 1977, as part of the Studio Museum in Harlem’s famed residency program. Endorsements from artists like Romare Bearden, Norman Lewis, and Benny Andrews had landed him a spot at the vaunted museum, where he was able to hone his craft.

Birch is best known for taking up social justice issues with a style that alludes to the works of Jacob Lawrence, Elizabeth Catlett, and Charles White while also drawing on folk art. Initially known for making use of rich colors, Birch now works predominantly in black and white, a shift that coincided with his move from New York back to his home city of New Orleans in 1994. His works earned the attention of critics early on, with the New York Times’s Roberta Smith writing in 1992, on the occasion of a show at the storied Exit Art gallery, that Birch “casts an unflinching yet loving eye on black life in America.”

The 24-work show on view at Fort Gansevoort effectively acts as a survey of Birch’s art. The pieces in it range from Boy with Kite (1987), a pencil and gouache on paper depicting a lone youngster playing against a desolate backdrop of decrepit or abandoned buildings alongside a graffiti-streaked vacant lot, to the downright chilling and ghostly Broken Dreams (Tattered White Picket Fence), 2020–21, which affords the viewer a sweeping view of the whitewashed fence darkly silhouetted house and thick swatches of 7th Ward foliage that Birch observed and captured on a deserted street in his neighborhood. There’s also Ritual of Inevitable Violence (1989), a seemingly charming scene of five boys playing in a grass-strewn lot that takes on a sinister tone as the viewer realizes the boys are sucking on the barrels of gun-shaped candies, and Lotto Dream (1995), a sculpture depicting in part a line of people waiting to buy lotto tickets.

During a recent tour of the exhibition, Birch sat down with this ARTnews to discuss the importance of New Orleans to his practice and the impact of the civil rights movement.

(JT) ARTnews: The term “social chronicler” has widely been applied to you. Do you think it makes sense for your work?

Willie Birch: Now, I’m supposed to be a social critic—the art world is fickle, and they keep coming up with new labels. One of those I always deal with is conceptualism—everything is conceptual and always has been. But the point is, I’ve always been trying to figure out what I want to bring to the table and how best to do that. The main thing I learned was that when you study the history of the music called jazz, it’s always about content—the content is what drives the ball. You have to find how to say whatever, emotionally, cognitively.

You use the word “conceptual,” which I take to mean “minimal,” but your work seems to be the exact opposite . Do you view that as a contradiction?

One thing I found out coming to New York was that—and it didn’t take me long to realize it—I may have been in New York, but my head was still in New Orleans, and New Orleans is not a place that deals in Minimalism. It’s excessive: the landscape is excessive. We deal with cultural manifestations like Mardi Gras. We deal with African conventions in terms of rhythm. So this idea of stripping everything down to something minimal never made sense for how I wanted to [work] because it didn’t allow me enough space. The more layers you create, the more it gives a bigger opportunity for people to find what they like about a particular piece, rather than honing in on one idea.

(JT) Why is New Orleans so important to you?

New Orleans is the most African city in America. It’s older than New York, so given its history and how it’s reinvented itself, it’s beyond the idea of Africa and beyond the idea of being European. It takes on its own personification. It also goes against how we think about Western art. That’s why I don’t want to work like anybody else. 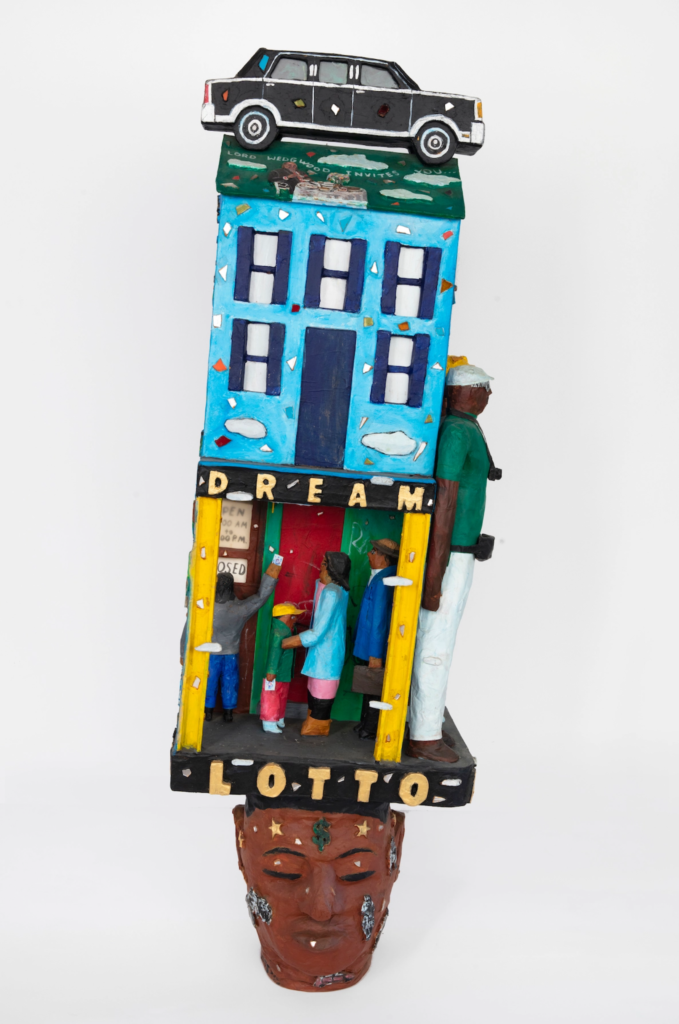 (JT) What impact did the civil rights movement have on your development as an artist?

I was sitting in there at Woolworth’s five-and-dime stores and W. T. Grant’s in New Orleans when I was 18 years old and, along with civil rights crusader Oretha Castle Haley, also integrating city parks and public libraries. I had to get out of Louisiana because the segregationists were threatening my mother, but me, I won’t quit. So I’ve already lived through enough to ask: What does freedom mean? It’s like listening to Louis Armstrong singing “Black & Blue.” It sounds like an innocent song until you hear and feel the inner sufferings from the trumpet solo.

(JT) What did you set out to do with this exhibition?

This place is like a Nkisi [a Central African power figure or spirit from the Congo]. From top to bottom, it is magical. It takes you from 1997 to now to see this stuff and to reintroduce myself to New York and take New York on from my own turf and say, “OK, you all want Willie Birch?” Let’s see what happens.

This entry was posted in Interviews and tagged Fort Gansevoort, Willie Birch. Bookmark the permalink.