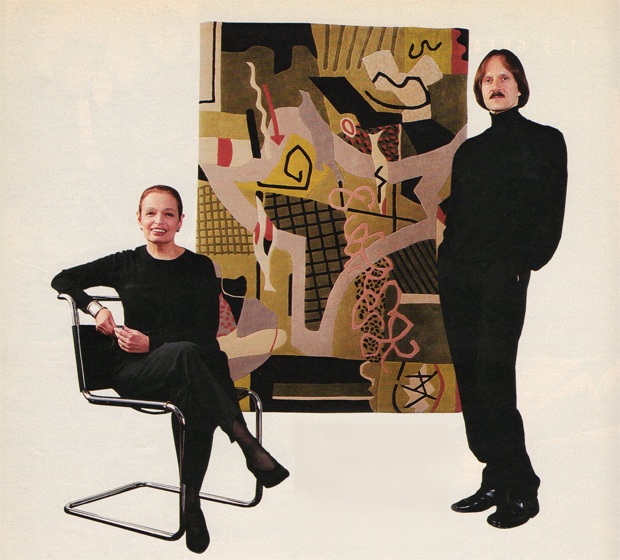 As a creator of luxury custom carpets, the V’Soske company has been laying the world at it’s clients’ feet for more than 70 years.  And it’s still a design innovator.

A STUNNING pastiche of customized rug samples covers the glass-topped table in V’Soske’s Manhattan showroom. Pot¬holder-size or larger, the silk and wool confections both reflect and absorb the afternoon light streaming through the bank of windows. On one of the luxurious fragments, a small field of brushed, cut-pile wool, dyed a flaming fuchsia, jousts with a more delicate section of loop-silk tapestry, dyed an acid green. Resembling miniature works of art, the densely textured samples elicit a feast of sensual associations, from a Neo-Assyrian wall relief to a minimalist painting by Agnes Martin.

For more than 70 years, V’Soske has produced made-to-order, hand-tufted rugs in a stunning array of patterns, pile heights, shapes, colors and textures. Geared largely to high-end interior designers and architects, the company has developed a thriving though surprisingly low-profile business.

It has also been associated with the most sophisticated art and design collaborations, beginning in 1941, when Stanislav V’Soske, the company’s founder and design innovator, was invited by the Museum of Modern Art to produce a series of rugs from abstract carpet designs created by 10 major American artists. The rugs were intended for a MOMA exhibition; two of them, Stuart Davis’s “Flying Carpet,” depicting an abstract aerial view of Pennsylvania farmland, and Arshile Gorky’s “Bull in the Sun,” which the artist once described as “the skin of a water buffalo stretched in the sunny wheat field,” are now enshrined in the museum’s permanent design collection. (Through an arrangement with the Davis estate, V’Soske continues to produce a limited edition of “Flying Carpet,” but will not reveal the price.)

This penchant for collaboration has profoundly influenced V’Soske’s approach to clients.
‘We first meet with the designer to establish the spirit and the intention of the space,” says Ellen Hertzmark, V’Soske’s long-time director of marketing, who began her career working with the legendary designer Florence Knoll Bassett. “So we come at it through their particular road map, the way that they work.” 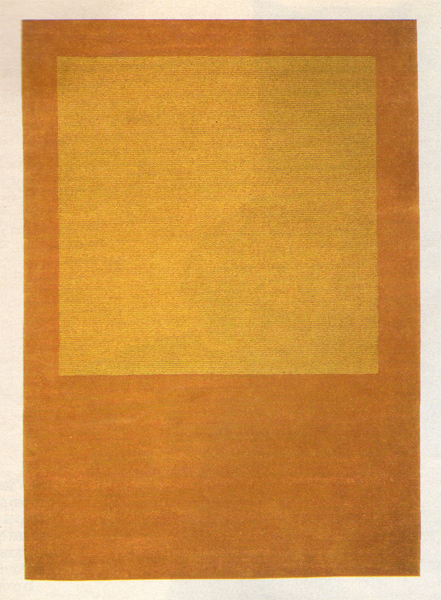 Roger McDonald, who was hand-picked by Stanislav V’Soske to take over as director of design well before the founder’s death in 1983, adds, “When people come in here for the first time, they might not know the degree that we can fine-tune their project, but in the end they sure do.”

Seated around the showroom’s table on black leather side chairs by Marcel Breuer, Hertzmark and McDonald are dressed, as always, in basic black. It’s not a dress code, they insist, but a way to insure that their clothes won’t interfere visually with the infinite range of dyed yarns they’re constantly handling.

The conversation about the function and composition of their rugs continues between them, Ping-Pong style. “The rug really has to do a job in a space,” McDonald says. “If you walk into a space and you feel as if you’re walking through a sea of carpet … ugh!”
As McDonald falls silent, aghast at his own description, Hertzmark picks up the thread: “The intention is not to hit you in the face with it. The rug sets up the architecture. It must read as a whole composition. You can’t be off, or the whole space will fail. That’s why we go to such lengths, to really chip away at that space. It’s all about details.” In designing a living room rug for a luxurious Manhattan loft, for example, the pair added a loop-silk cuff to the edge that faced the hearth; the flourish was to draw the eye to the focal point of the room.

“I think what’s unique about V’Soske is that the process be-comes such an important part of the end result,” says the Manhattan interior designer Michael Formica, who has often worked $16,000, respectively.)

“If all of those rugs were laid out chronologically,” McDonald says, “you could see what has happened in architecture in that space of time, each year, all the way to where we are today. That’s what we really set out to do.” 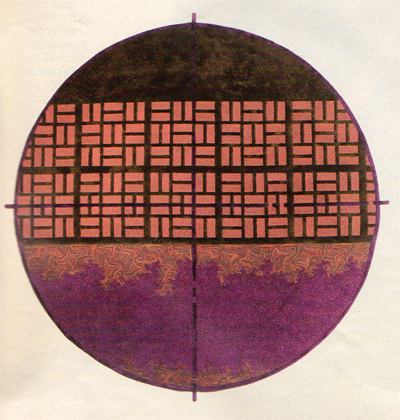 During the aerobic half-hour session that follows, McDonald, with the help of an assistant, unrolls some of the company’s hand-tufted progeny on the showroom floor, which is covered by a beautiful 15-year-old V’Soske carpet that belies its age. He analyzes the components and light-bearing characteristics of each rug with a soft-spoken stream of scholarly details. The expressive movement of his hand, brushing over the various textures, underscores the sensuality of the luxurious materials.

One rug, Alan Buchsbaum’s “Rosie’s Roses” (the architect’s last project before he died in 1987), resembles a bed of enlarged rose petals floating like Monet lily pads on a dark and dreamy surface. The photographic qualities of the piece, executed in part from a color transparency of a still life Buchsbaum arranged, are remarkable, considering that the effects were delivered not by film but by a vibrant palette of hand-tufted silk and wool yarns. 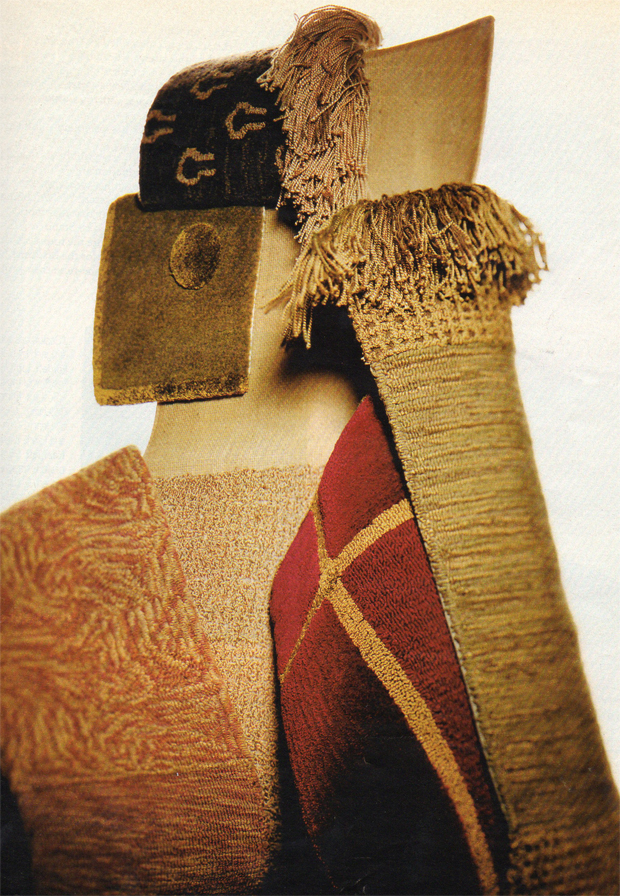 “Some of the most wonderful things are indescribably complex,” Hertzmark injects, “but look effortless, as in couture. You either make a jacket where you can turn it inside out and look at the way it’s made, or you don’t. We do couture.”

The architect Lee Mindel of Shelton, Mindel & Asso-ciates (the firm’s “Garden” rug is one of the latest additions to V’Soske’s “Museum Collection”) says of the partners, “They’re always stretching the medium and trying to find new ways of making things and dealing with space and light.”

`Some of The most wonderful things are complex,’ Ellen Hertzmark says, look effortless, as in couture. You either make a jacket where you can turn it inside out and look at the way it’s made, or you don’t.’

A startling example is in Mindel’s Manhattan penthouse loft, designed by his firm. The apartment, which won an American Institute of Architects award, is replete with V’Soske’s strik-ingly minimalist “Neutral Ground” rugs, which are made of the same latex-coat¬ed canvas that is the backing for most carpets. By de-constructing a rug down to its very foundations, Hertzmark and McDonald have turned the formerly invisible underpinning into the rug itself. (Like V’Soske’s other creations the “Neutral Ground” rugs are custom-designed and can be fitted with a border of wool or silk.)

“It’s the way they transcend the craft and integrate it with architecture and art that is spectacular,” Mindel says. “You always know when you’re in a space that has a V’Soske rug — there’s a quality, a serenity and an intelligence about it.” Those characteristics are woven into the spirit of the atelier. As Hertzmark says, “Each space has a spir¬it, and it’s up to us to listen and interpret for the floor what that spirit is.”

This entry was posted in Interviews and tagged artist rugs, V'Soske. Bookmark the permalink.