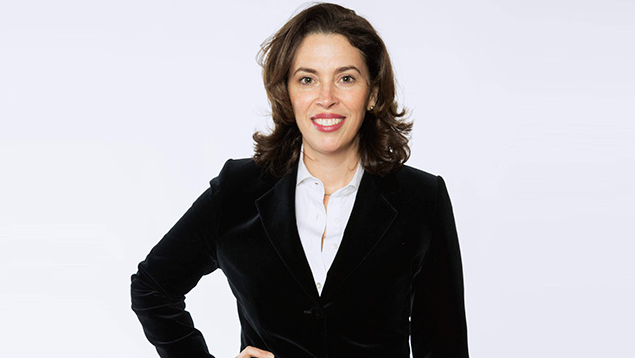 “I walk through the world fairly unself-conscious of how people perceive me,” says Amy Cappellazzo in a private viewing room at Christie’s. That trait must have served her well five months ago. Back then, Cappellazzo was the art world’s much-whispered-about mystery girl who outbid Philippe Segalot – Christie’s dashing French head of contemporary art – for Felix Gonzalez-Torres’s Untitled (Double Bloodworks), a painting that tracks the T-cell count of the artist, who died of AIDS.

Three weeks after she grabbed the Gonzalez-Torres for $280,000, curiosity turned into serious scrutiny. In June, the 34-year-old art adviser (with some of the richest collectors in Miami as clients) was chosen as Segalot’s successor – without ever having worked at an auction house or a gallery. “I’d be surprised if she lasts a season,” grumbled one downtown dealer.

“Sure, I’m a very different choice,” says Cappellazzo. “I’m a woman, I’m young, I’m very direct, I’m a total American chick, and I don’t even speak French. When I’m in my personal environment, it’s really about my kids.” Cappellazzo is raising two toddlers, leading some dealers to wonder if she has the social stamina for the job. Certainly, in following Segalot, she’ll have big party pumps to fill.

“She was on the top of my list,” says Segalot, who ran Christie’s cutting-edge department for three years before deciding to step down. “We could have taken someone from the inside, but it would have been a more boring choice.”

Whatever happens at Cappellazzo’s debut sale on Thursday, the tallies won’t even approach the $22.6 million Christie’s raked in last May, the high point of Segalot’s brief reign. Estimates are pegged at a modest $6.2 million to $8.5 million, including $600,000 to $800,000 for her favorite top-gun artist, Gonzalez-Torres, and his 325 pounds of blue-cellophane-wrapped candies, Untitled (Blue Placebo).

But despite a cooling market and ever-chilly critics, Cappellazzo seems unfazed. “So a dealer said to me, ‘I don’t know if you’re tough enough for this job,’ ” she recalls, “and I said, ‘I don’t really have to be tough, because I’m smart.’”

This entry was posted in Interviews and tagged Amy Cappellazzo, Philippe Segalot, Sotheby’s. Bookmark the permalink.