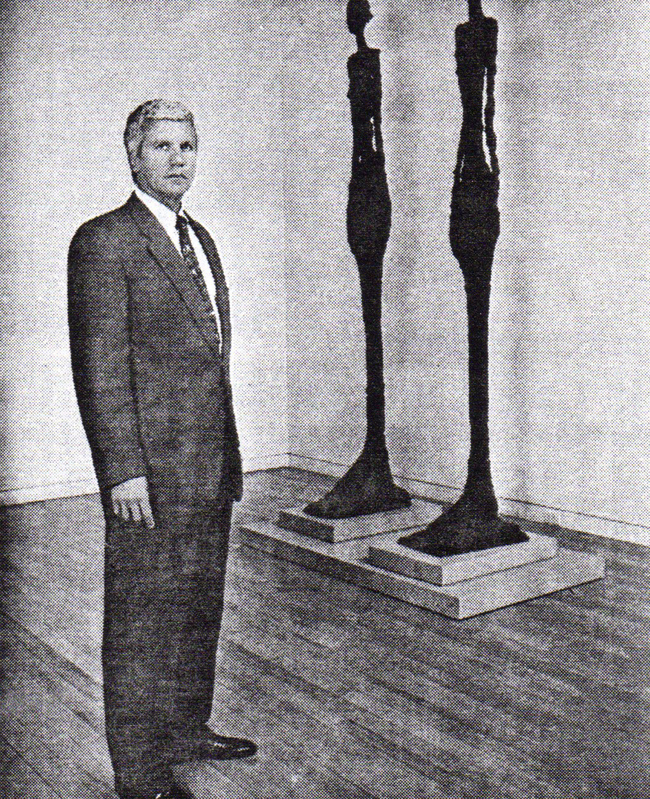 Art dealer, Larry Gagosian next to a pair of Giacometti sculptures at his Madison avenue gallery. Photo by Cori Wells Braun for the Washington Post

In a long though not particularly revealing interview at his luxurious Madison Avenue gallery in April 1993, art dealer honcho Larry Gagosian reluctantly sat down for close to an hour with this reporter in preparation for a major feature article by Tully on the dealer that appeared in the Washington Post on Sunday, June 6, 1993.

At one point, prodded to go into more detail about various and usually earthshaking deals Gagosian made, the dealer answered in his classic, blunt style, “When a gallery buys and sells pictures, I don’t think ti should be news because it’s not good for business. This is a business that does best in an atmosphere of secrecy and confidentiality. that’s really paramount.”

Looking (or listening) back to that decade when the market had imploded after a great run up in prices for blue chip art, the kind that Gagosian specialized in, offers a revealing time capsule, years before he expanded his eponymous empire to eleven locations, from Athens to Paris and then some.

This entry was posted in Interviews and tagged Larry Gagosian. Bookmark the permalink.