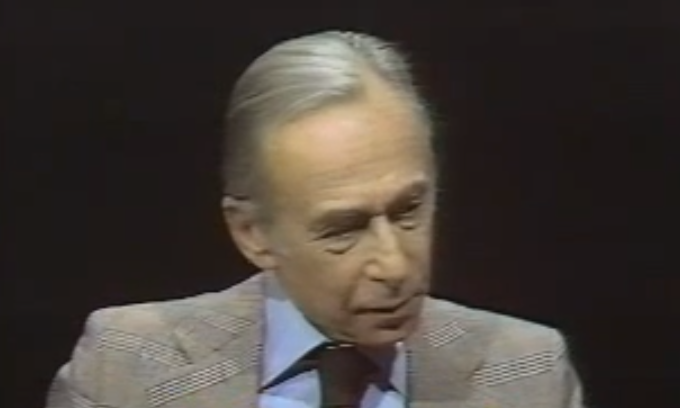 Listen to a delightfully nuanced and humor flecked interview with the great SoHo art dealer held at his eponymous space on West Broadway in April 1993, still  in the historic midst of a numbing art market recession.

Castelli, who opened his first New York gallery in 1957 and first showed Jasper Johns in 1958,  said this about his gallery: “This is not a corporation, obviously, it’s a company that works with the artists, the space in an individual way. We do send our artists out all over the world.”

In fact, as Castelli describes in charming detail, the international fame of the artists he first and long represented, including Johns, Robert Rauschenberg, Andy Warhol and Roy Lichtenstein, came faster than the generation of Abstract Expressionists because of the gallery’s global reach. “There was opportunity all over the world.”

During the interview, Castelli regrets having to sell some of the art from his personal collection during those tough economic times in order to keep the gallery going but proudly states, “I haven’t laid off any of my people.”

The elegantly suited dealer, who was a still remarkably active 85 year old at the time, said this about his philosophy: “There is no other gallery of this size that’s so open as ours, where everybody can come and go. I like it that way and wouldn’t want to change it.”