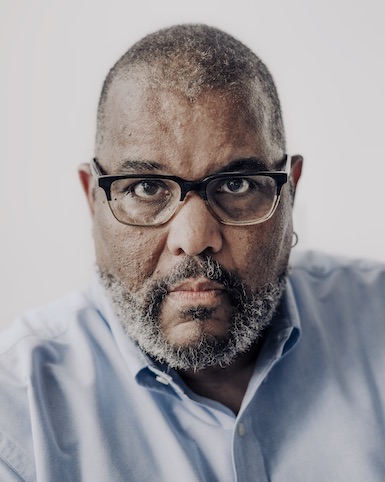 When Chicago-based artist Dawoud Bey traveled to the outskirts of Cleveland in late 2017, he found a landscape largely unchanged since thousands of slaves had crossed it 200 years ago, seeking freedom in the north. There were no telephone lines or cell towers, just the scraggly brush that had made the passage so treacherous. “I ranged far and wide out there, since there were expansive rural landscapes that looked as they might have in the 18th and 19th centuries,” Bey said recently in an extensive email interview. “The landscape and history there has not been built over.”

Bey was at work on his series of black-and-white silver gelatin photographs, “Night Coming Tenderly, Black,” commissioned by Front International: Cleveland Triennial for Contemporary Art and now on view at the Art Institute of Chicago. The exhibition caps off an eventful couple of years for Bey that kicked off with his winning a coveted MacArthur “Genius” grant in fall 2017. Last summer, Front premiered “Night Coming Tenderly, Black” in Cleveland’s St. John’s Episcopal Church, once a stop on the Underground Railroad. Then September brought the publication of “Seeing Deeply,” a 400-page monograph from the University of Texas Press, as well as the opening of an exhibition at the National Gallery in Washington, DC, of his “Birmingham Project” photographs. (That show is up through March 24, but at the moment the National Gallery is closed due to the government shutdown, about which Bey has had harsh words.) In 2020 the San Francisco Museum of Modern Art and the Whitney Museum of American Art will give Bey a full retrospective.

Most of the 25 images in “Night Coming Tenderly, Black” appear to be no more than empty rural landscapes. (Untitled #3 (Cozad-Bates House) is one of the few that depicts a historic marker, showing the exterior wall of a safe house on the Underground Railroad route, now the only surviving pre–Civil War structure in University Circle, Cleveland.) But Bey positioned his camera from what might have been a slave’s point of view: Untitled #1 (Picket Fence and Farmhouse), for instance, shows the house from between the slats of the fence, as though through the eyes of someone crouched there.

“The actual path that fugitive slaves took through the landscape was—of necessity—never known, and that gave me the freedom to imagine what that landscape may have been and how it may have appeared,” he said. “I was not looking to do a documentary project about actual sites, so much as to use those sites as the basis for a broader exploration and reimagining. The photographs are meant to suggest what that landscape may have looked like through the eyes of fugitive slaves as they moved through it at night or during the twilight hours. They are actually the unseen subjects.” 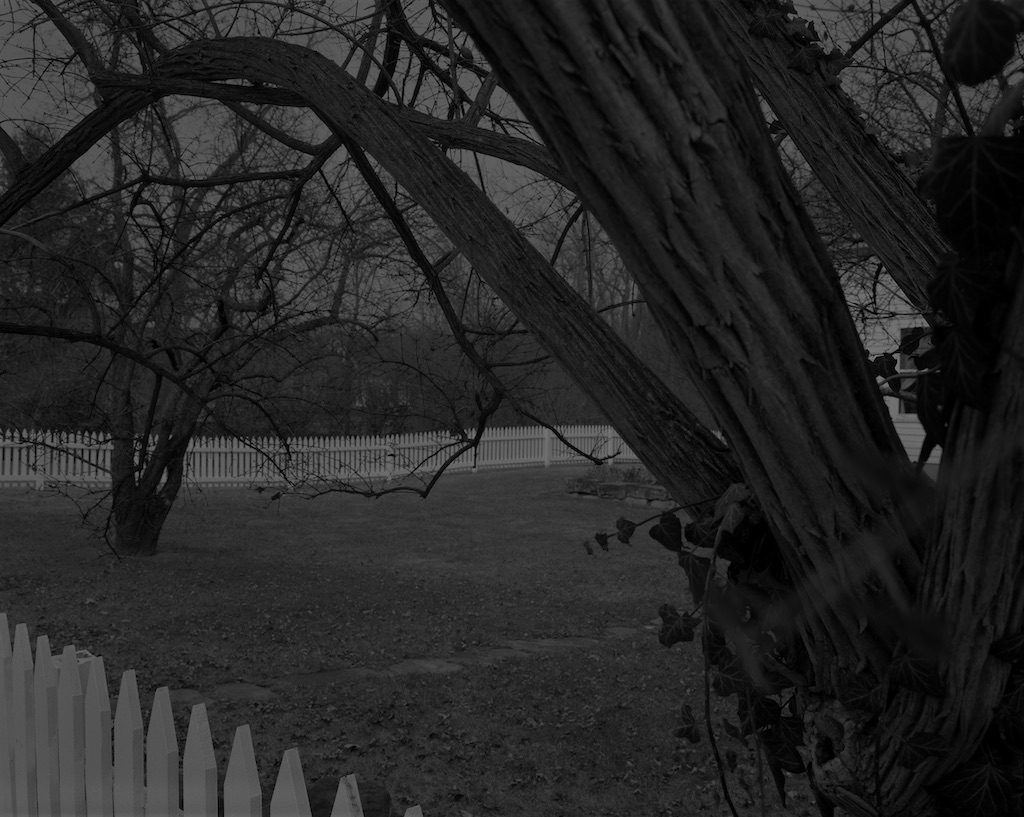 Alongside the exhibition of Bey’s work is one devoted to a grouping of some three dozen photographs he selected from the Art Institute’s extensive collection; among them are John Reekie’s 1864 Dutch Gap Canal, James River, Virginia, March 1864 (printed by Alexander Gardner), which shows a canal dug by Union forces during the Civil War to cut off a section of the river controlled by Confederate forts, and Ruth-Marion Baruch’s Free Huey Rally, Bobby Hutton Memorial Park, Oakland, August 25,1968, from the series “Black Panthers,” which focuses on a young African-American man in a turtleneck sweater watching the rally. Bey said he was looking for works that not only captured the American landscape, but also showed “the ways in which the black subject has come to be situated in that landscape, both physically and socially.”

One photographer whose work has been particularly influential for Bey, beginning early in his career, is Roy DeCarava. “My work is both rooted in the broad tradition of American art and culture even as, as an African American, I am also deeply steeped in the rich history of African-American expressive culture,” Bey said. “DeCarava made photographic prints that were highly interpretive, wanting to find a way to make the photograph itself a material reflection of his subjects.”

Bey said he very much felt DeCarava’s influence while working on the “Night Coming Tenderly, Black” photographs, especially in the dark tones in which he printed them. “DeCarava printed very dark, making photographs of black subjects that were often enveloped in a lush and seductive blackness,” Bey said. “He wanted that black to be a thing of beauty, both the subjects and the photographs themselves. When I thought about the fugitive black bodies moving through the darkness of the landscape, those things put me in mind of DeCarava, so he became a material touchstone for this work.” (The series’ title comes from the last line of “Dream Variations,” a poem by Langston Hughes. “Referencing that line as a title helps to situate the work inside a conversation and history of black expressive culture that both Hughes and DeCarava are part of,” Bey said.)

“Night Coming Tenderly, Black” was a natural successor to “The Birmingham Project,” a 2013 series in which Bey dealt with the 1963 bombing of a Baptist church that killed four young African-American girls, on the incident’s 50th anniversary. He paired photographs of local girls the same age as those who were murdered with ones of adults the age the girls would have been in 2013, had they survived. Writing about the show in the New York Times, critic Holland Cotter observed that Bey “turned to the past and brought it forward into the present.”

“I wanted to make work that related and responded directly to the region while also continuing the exploration and engagement with African-American history that I began with ‘The Birmingham Project,’” Bey said. “Spending several years in Birmingham in preparation for that work got me thinking more deeply about visualizing history.”

Between those two series came “Harlem Redux,” 14 large-scale color photographs Bey debuted at Chicago’s Stephen Daiter Gallery in 2016. They show Harlem in the process of gentrification: the scenes are notable for the presence of construction workers and tourists rather than the neighborhood residents that Bey photographed there in the late 1970s, the photos shown in his breakout exhibition “Harlem, USA,” at the Studio Museum in 1979. “Working on ‘Harlem Redux’ for several years got me looking and thinking about place as the subject of my work for the first time, the way the physical and social landscape of that community were being reshaped by various forces acting on it. ‘Night Coming Tenderly, Black’ brings together, in a way, both of those things, the narrative of history, and the narrative of place in a way that provokes a reconsideration of those things. Both projects take on the question of, How does one visualize a memory?”