Last week’s London and beyond trio of auction house evening sales of modern and contemporary art held at Christie’s, Sotheby’s and Phillips (in that order), generated a massive £500.3/$67a.3 million bounty (including fees) and sent strong signals that the international art market remains hungry for what is perceived to be first rate, investment grade property, especially for so-called emerging artists.

The live stream artillery began at Christie’s five hour long 20th/21st Century event on March 1, ping-ponging locales from Shanghai (a first) , to London and turning in a whopping £249/$334 million result for the 94 lots sold. 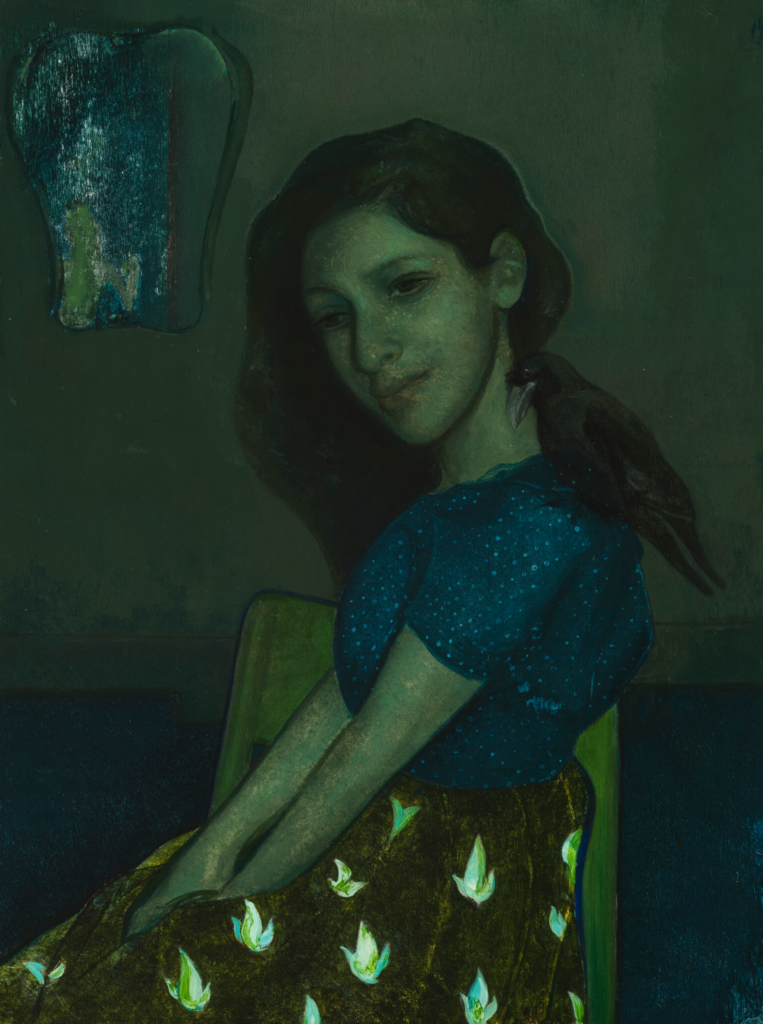 The painting was acquired in 2015 at Galeria Plan B, Berlin/Cluj, the same gallery that market star Adrian Ghenie first exhibited in in that artist run enterprise. 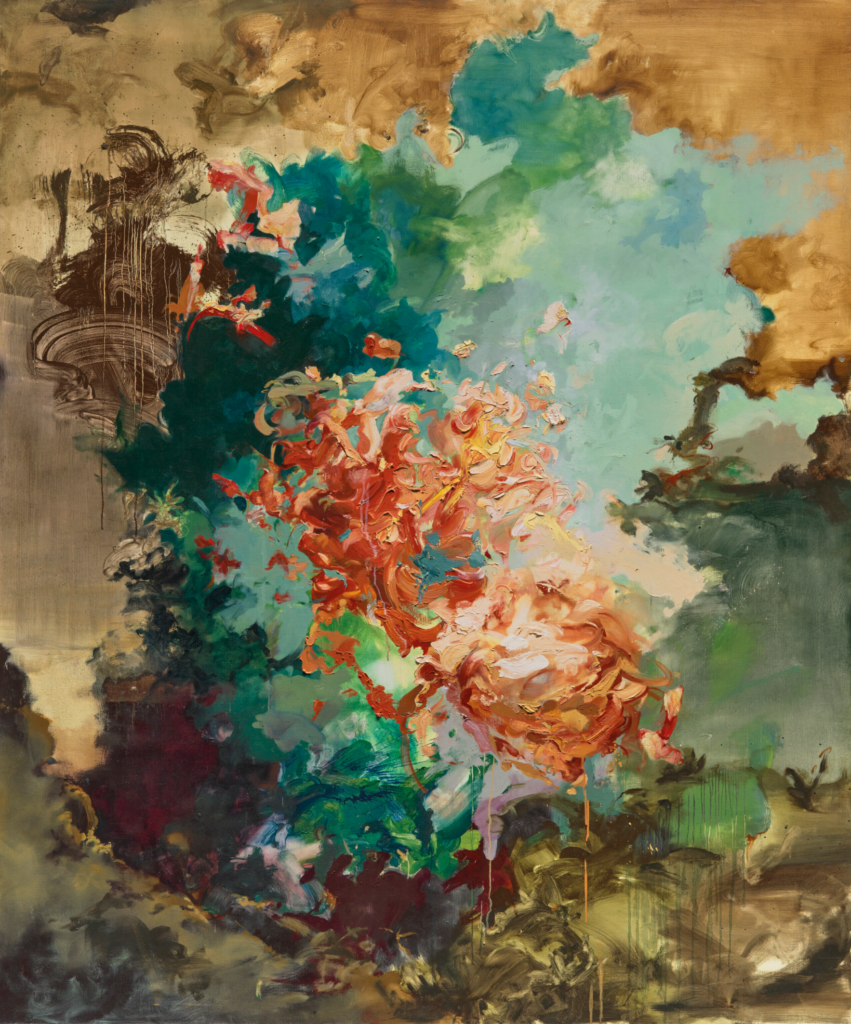 It debuted and bought directly from the artist at her MA Fine Art Show at the City Guilds of London Art School in 2017 & no doubt warranted a juicy pay day for the seller. 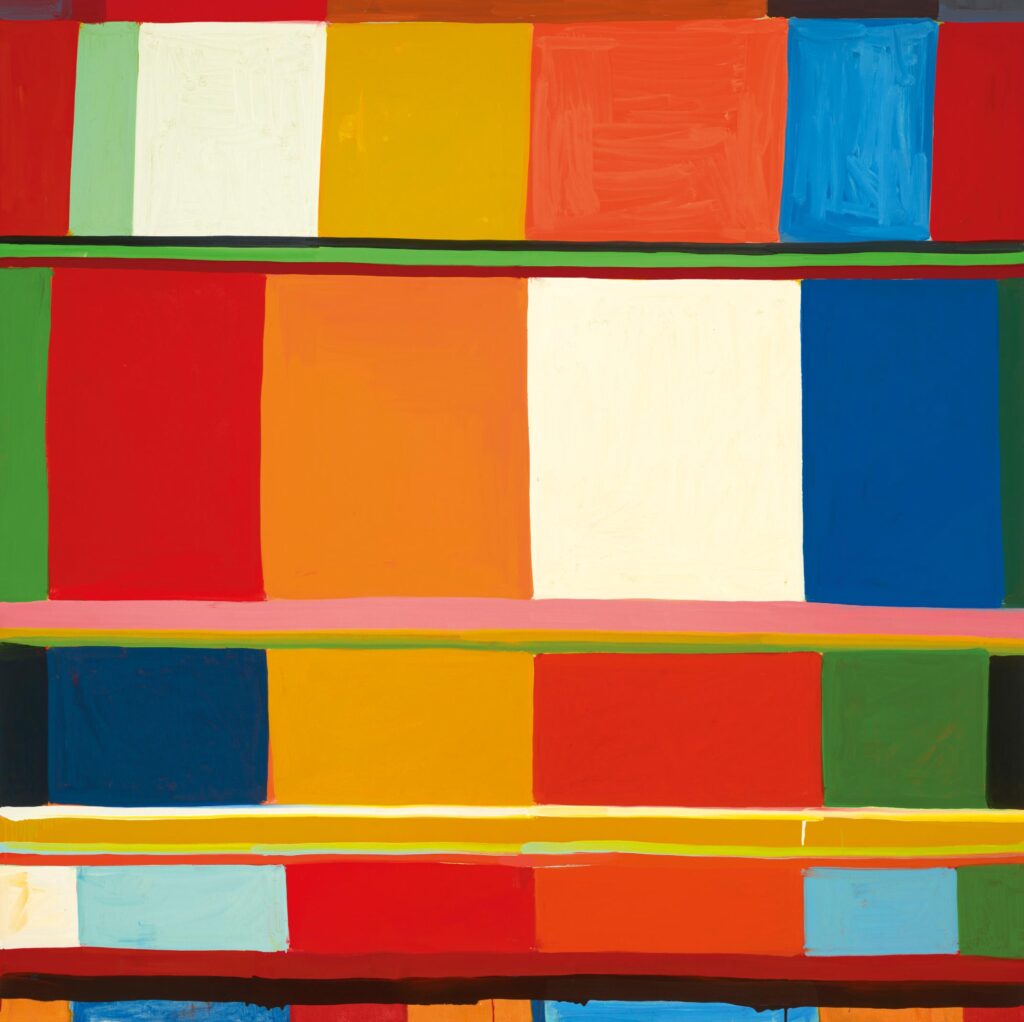 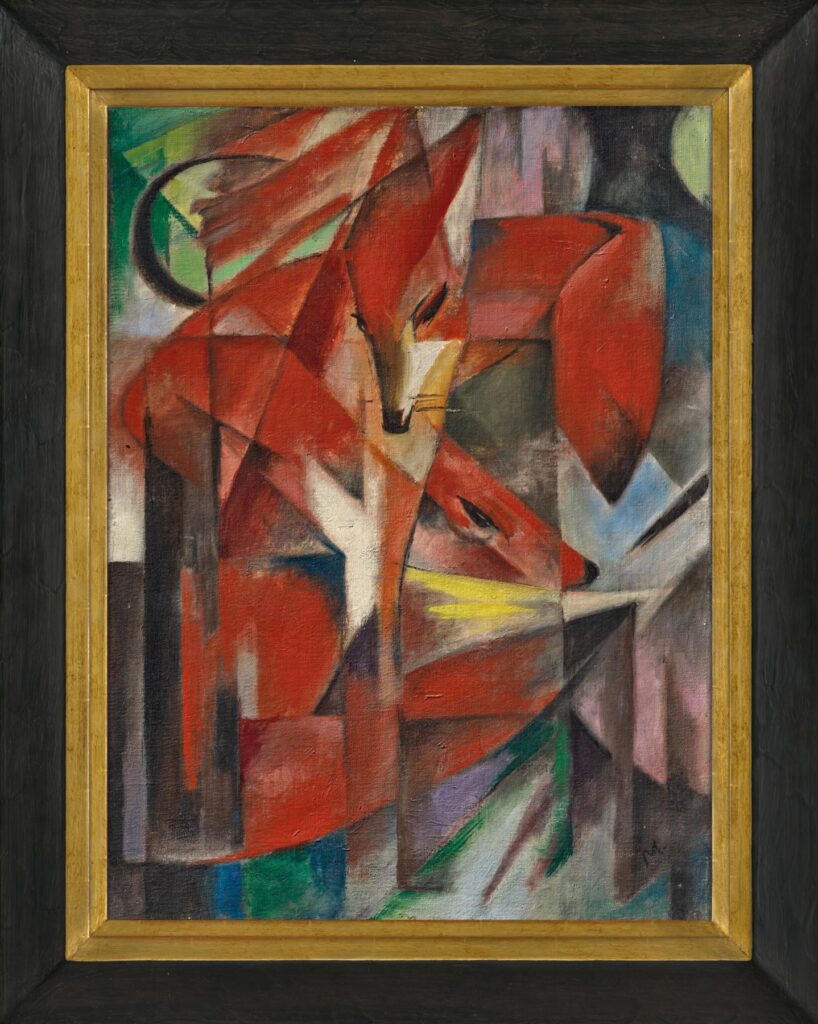 Price-points jumped to the stratosphere with a trio of works led by the freshly restituted and extraordinary Franz Marc Der Blaue Reiter masterpiece, ”The Foxes (Die Füchse)” from 1913 that hit a record £42.6 million (estimate on request in the region of £35 million) and guaranteed by Christie’s.

It was the property from the heirs of Berlin banker Kurt Grawi and his wife Else, victims of Nazi persecution who acquired the painting in 1928 and post seizure, and several subsequent transactions later, was gifted to the Städtische Kunstsammlung in Düsseldorf in 1962 and resided there till its repatriation in 2021.

In descending order from that stunning result, Francis Bacon’s strangely mated “Triptych 1986-87”, featuring from left to right, the photo sourced image of President Woodrow Wilson in top hat exiting at Versailles, the contorted figure of Bacon’s lover John Edwards in the center panel and the blood stained Mexico City studio of assassinated revolutionary Leon Trotsky and also backed by a guarantee, made a single bid £38,459,206 (est. £35-55 million).

It was first reported by Artnet as sold from the collection of starchitect Norman Foster and debuted at the artist’s Marlborough Gallery solo in 1987 with the Wilson panel on the catalogue cover. 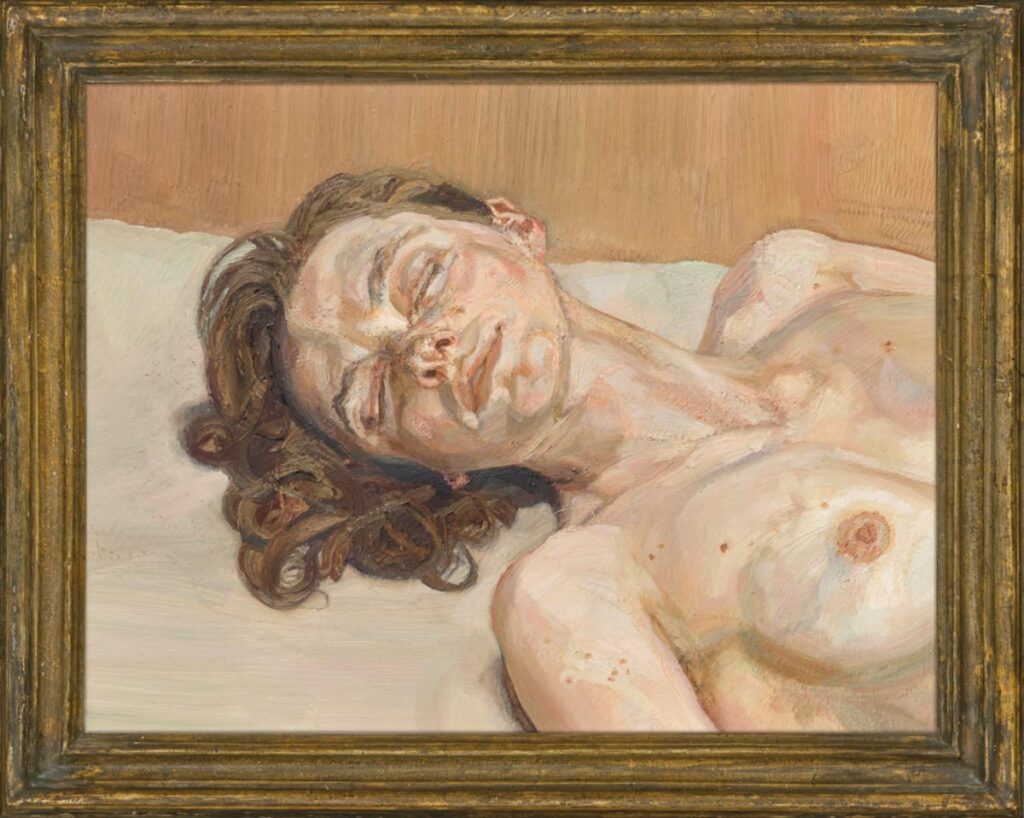 Other highlights in the London/Shanghai express included Pablo Picasso’s “La Fenetre Ouverte” from 1929 appearing in its auction debut and featuring his then still secret lover and muse Marie-Therese Walter, sold for £15,174,500 (est. £14-24 million) and Jean-Michel Basquiat’s prime time 1982 canvas, “Il Duce” that made a middling £11.2 million (est. £9.5-14.2 million).

Remarkably or so it seems, the Basquiat last appeared at Christie’s New York in November 2017 when it bought in against a house guarantee and pre-sale estimate of $25-35 million, resulting in quite the haircut for Christie’s.

Sotheby’s London two-part and back to back “The Now Evening Auction” and “Modern & Contemporary Art on March 2nd realized a combined tally of £221.4/$297.2 million, the highest tally, according to Sotheby’s for a single day sale in Europe.

It was acquired by the seller in 2015 from Galleri Opdahl in Stavanger Norway, well before Whitney shot to critical and market fame. 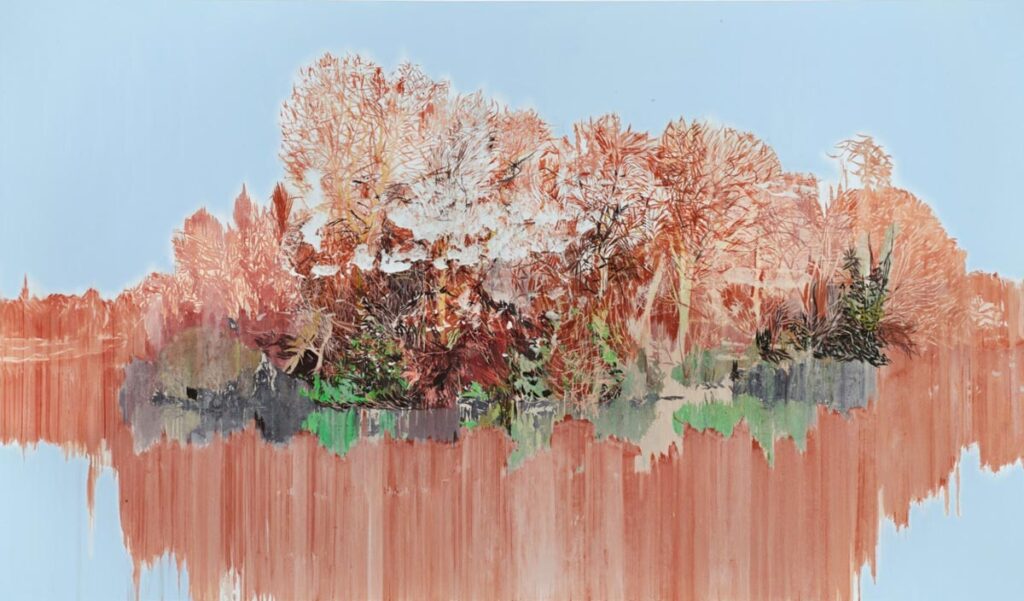 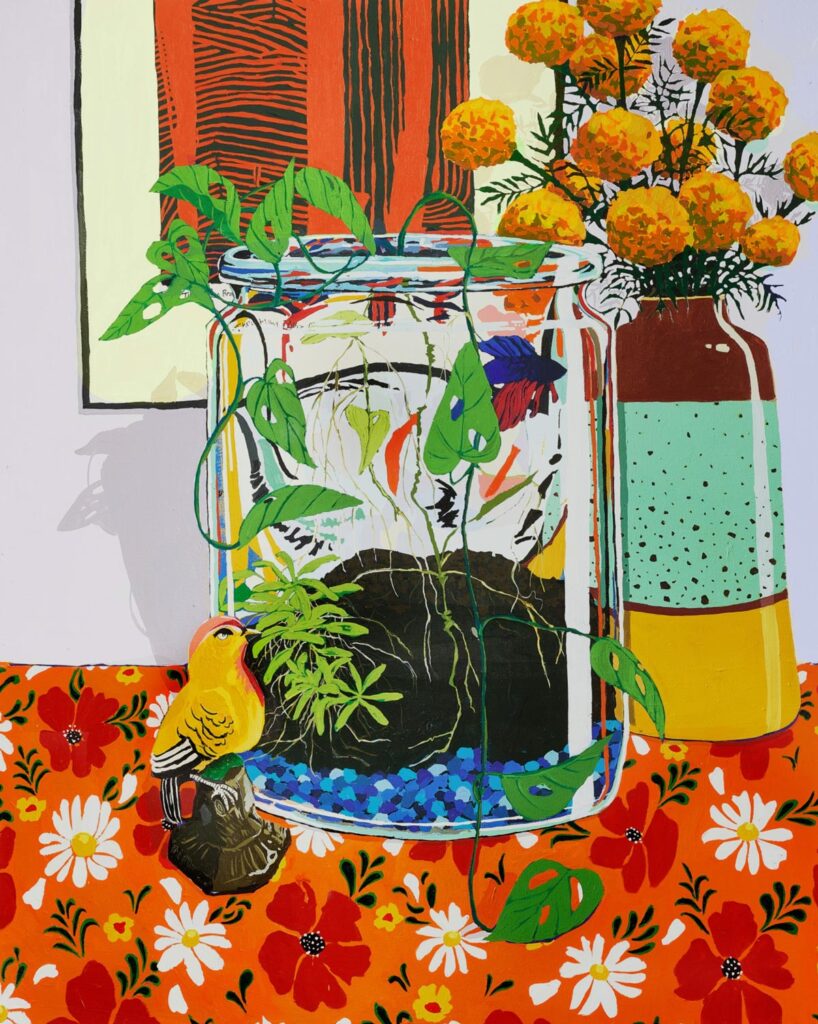 It was last exhibited at London’s Timothy Taylor’s virtual exhibition, “Dwelling is the Light” in April 2020.

Women artists obviously continued their market elevation with Cecily Brown’s busy and richly layered “Faeriefeller” from 2019, evocative of Victorian fairy paintings and scaled at 71 by 67 inches that made £2,919,000 (est. £2.2-2.8 million).

It came to market backed by an unbeatable financial cocktail of an ‘irrevocable bid’ and house guarantee. 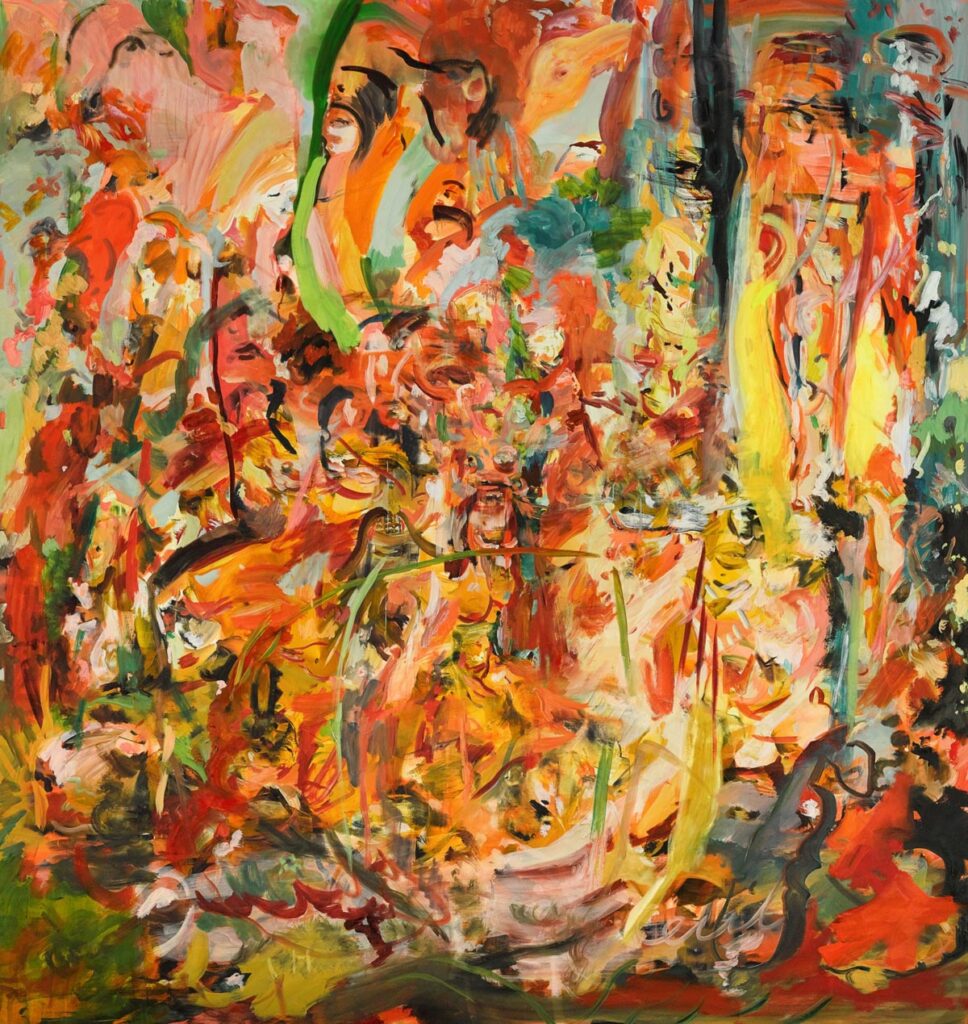 After a fifteen minute break from the 22 lot The Now opener and change of auctioneers (from Oliver Barker to Helena Newman), the modern and contemporary segment of the double-header started with highlights such as Claude Monet’s close-up, purple hued Giverny garden subject, “Nympheas” from 1914-17 and medium-scaled at 51 3/8 by 39 3/8 inches that reached £23,228,500/$31.2 million (est. £15-20 million). 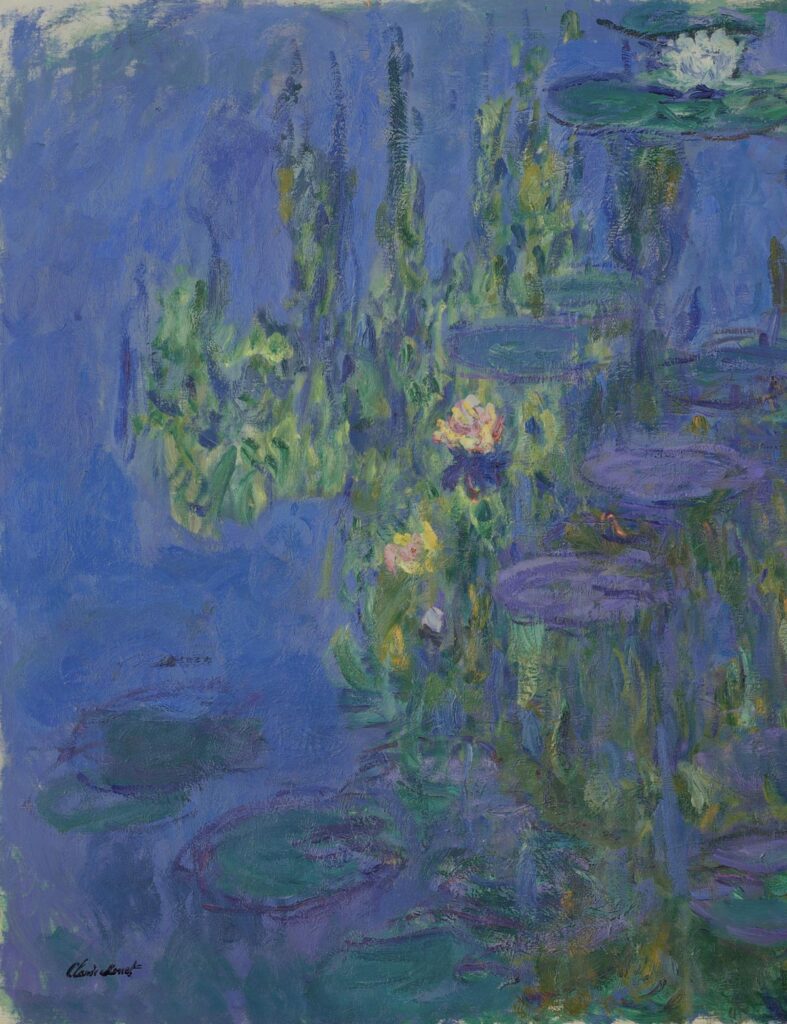 The painting came to market stamped Claude Monet, meaning the artist never signed it and had remained in his studio until his death. Given the strength and hunger of the current market, such details, once considered critical to connoisseurs, fall to the wayside.

A. Alfred Taubman, the one-time owner and chairman of Sotheby’s and long before his downfall and imprisonment for auction house collusion, was an early owner and prior to it entering a private Japanese collection. 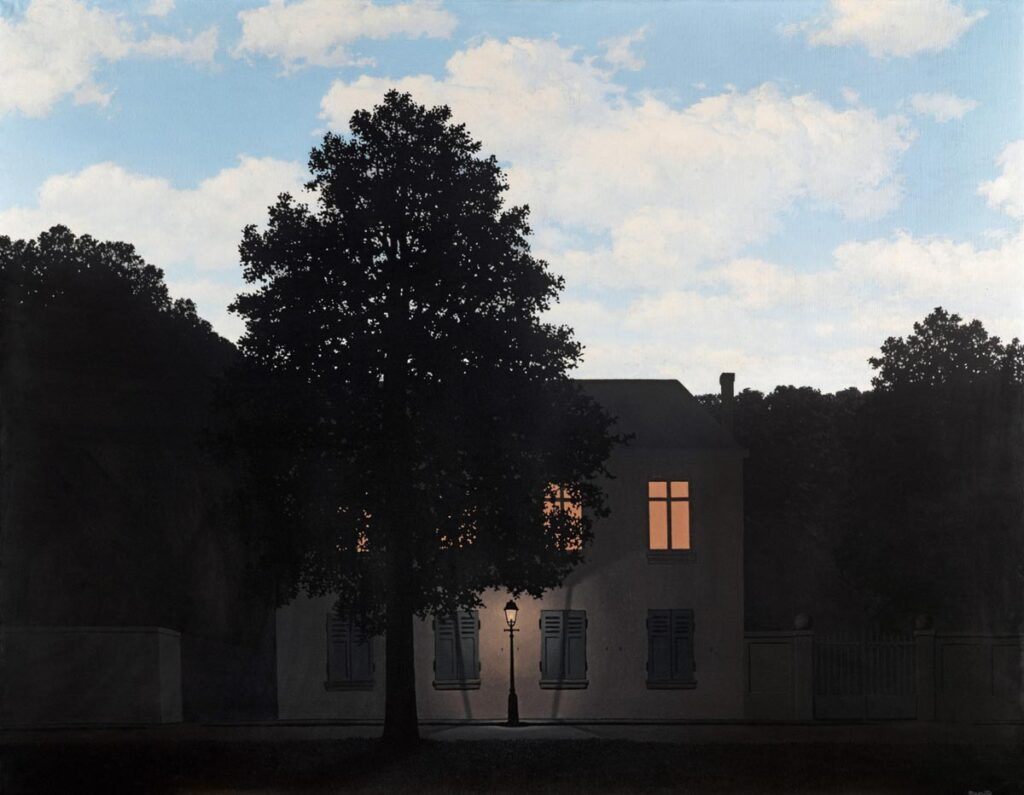 Spare fireworks were saved for the stunning and large-scaled Rene Magritte day for night composition, “L’Empire des Lumières” from 1961, with its inky, nighttime street scene and brilliant blue sky that the artist painted for his Belgian patron, Anne-Marie Grillion Crowet, sold for a record shattering £59,422,000/$79.8 million. (unpublished estimate).

It ranks as the highest price in GBP for a painting in Europe (a Giacometti sculpture, “L’homme qui marche 1” from 1961 made £65/$103.9 million at the house in February 2010) and this Magritte obliterated the previous mark set by “Le Principe du Plaisir” from 1937 that sold at Sotheby’s New York in November 2018 for $26.8 million.

The most remarkable aspect of the sale was the house’s current events decision to earmark its total buyer’s premium and vendor’s commissions to the Ukrainian Red Cross Society, that rose to the unprecedented tune of £5.8 million.

It goes without saying that Phillips is 100 percent Russian owned by the luxury enterprise Mercury Group and there’s no telling at this time if that potential ‘handicap’ will impede or affect future consignments and or sales. 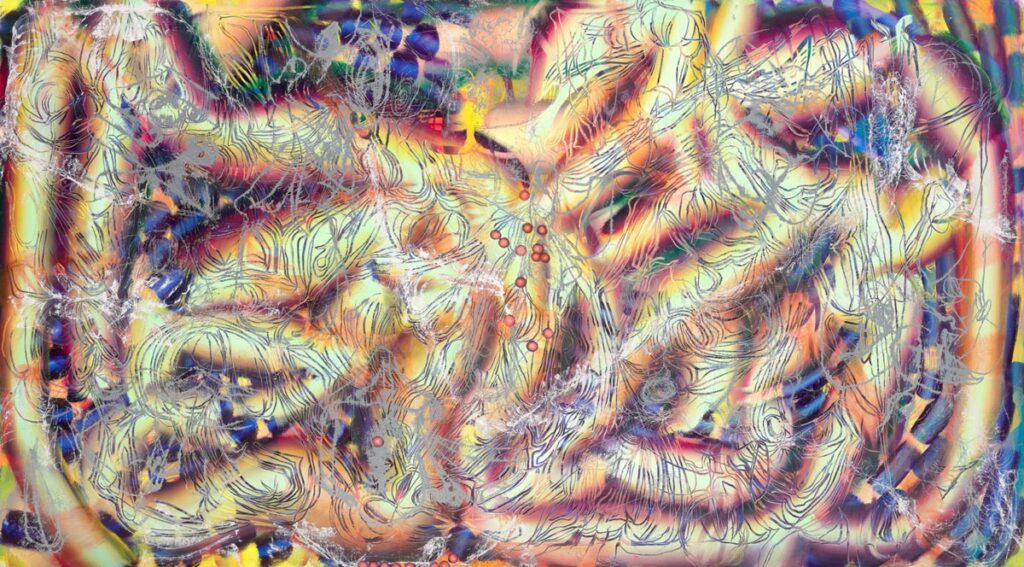 Phillips’ hard-earned reputation as the launching pad for emerging artists stayed the course with Lauren Quin’s auction debut, psychedelic-charged “Airsickness” from 2021, comprised of slinky and snaking tube forms that fetched a whopping £441,000 ( est. £ 30-50,000). 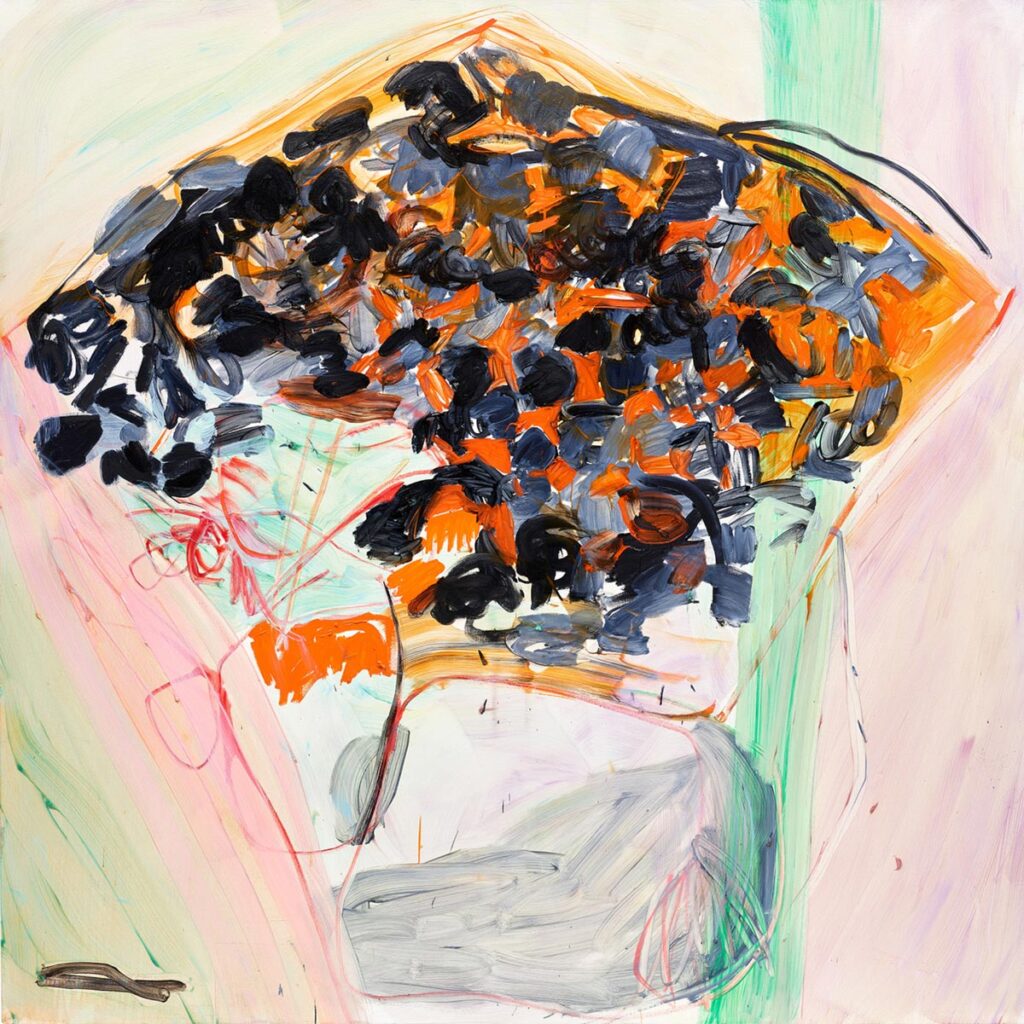 The full-force composition is a kind of ode/reinterpretation of Jean-Louis Théodore Gericault’s magnificent masterpiece, “Le Radeau de la Médusa” from 1818-19 that lives at the Louvre.

The early March series of sales confirmed and underscored the art market’s seemingly bullet-proof status in a world stung and shocked by Russia’s all-out war waged against a sovereign nation.