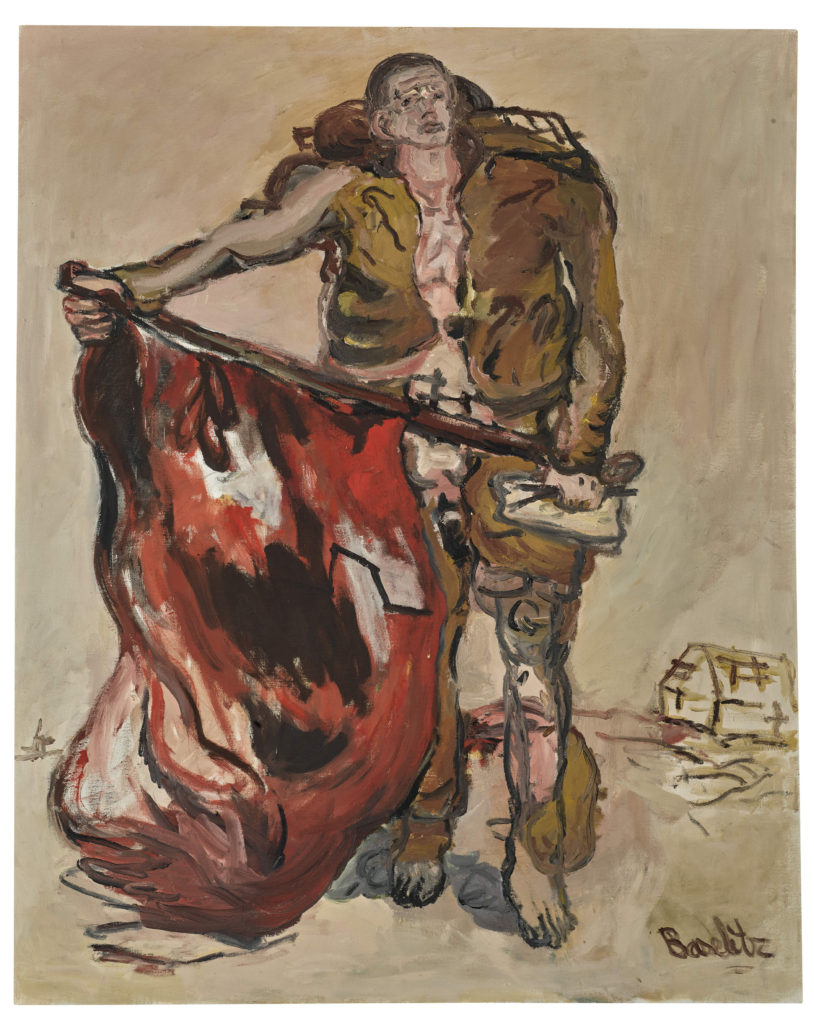 Only four of the 61 lots failed to sell for a wafer thin buy-in rate by lot of 6.6 percent.

The result also vaulted past last February’s £69.5/$100.4 million London total, exceeding the value by 69 percent in pounds sterling (due in large part to the currency change) and 43 percent by dollar.

Fifteen of the lots offered were backed by financial guarantees, four solely by Sotheby’s and eleven by third parties described by the house as “irrevocable bids.”

Estimates do no reflect the buyer’s premium.

The evening began on the animated buzz of arch-rival Christie’s announcing major changes in the way it conducts its global business including shuttering its South Kensington operation, shrinking its Amsterdam salesroom and devoting more resources to online auctions and its expanding operations in Asia and the West Coast.

It broke the record set at Christie’s 24 hours earlier.

The German cavalcade and heavy artillery continued with Georg Baselitz’s “Mit Roter Fahne (With Red Flag)” from 1965, a major figure painting depicting the archetypal heroic figure barefoot and marching with a red flag and clenched fist full of paint brushes. It sold for a record £7,471,250/$9,099,982 (est. £6.5-8.5 million).

Still, the Baselitz was backed by an irrevocable bid and presumably went to that bidder since it only attracted a single bid. 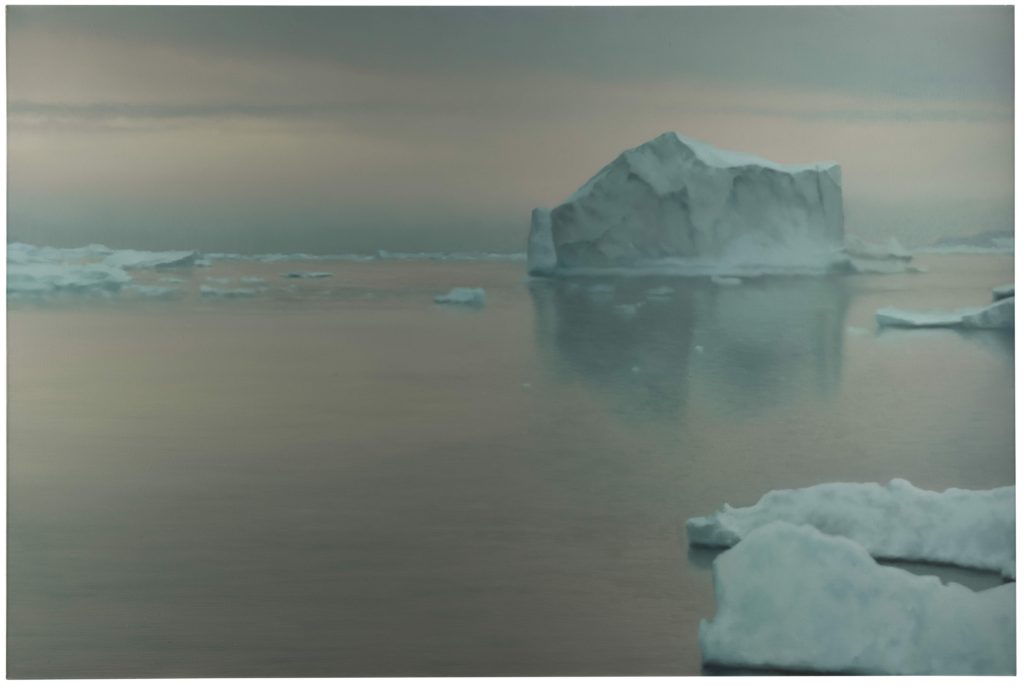 Another star German lot captured the ardor of multiple bidders as Gerhard Richter’s cinematic meditation, “Eisberg” from 1982, based on a photograph the artist took during a trip to Greenland in 1972. It fetched the top lot price of the evening as well as the most expensive lot of the week at £17,708,750/$21,569,258 (est. £8-12 million)

Richter made three paintings based on that trip and his series of photographs, all influenced by Casper David Friedrich’s iconic “The Sea of Ice” from circa 1823-24 and this example is the only one remaining in private hands.

Three of the telephone bidders were understood to be Asian clients and one of them won the Richter.

The otherwise unidentified underbidder, seated in the second row of the salesroom next to London art advisor Hugo Nathan, said “that’s it” as auctioneer Oliver Barker good naturally egged him on for one more bid.

The perplexing composition features the heavily impastoed likeness of the bearded English naturalist seated in an easy chair in close proximity to the jagged outline of the fuselage of a German fighter plane that in real life is on display at the Imperial War Museum. The somber pose is based on an 1874 photographic portrait of Darwin, including his clasped hands and bulky jacked.

The Ghenie was also backed by an irrevocable bid.

It was first acquired on the primary market in 2011 at the now shuttered Haunch Of Venison Gallery in London during Ghenie’s solo exhibition there. 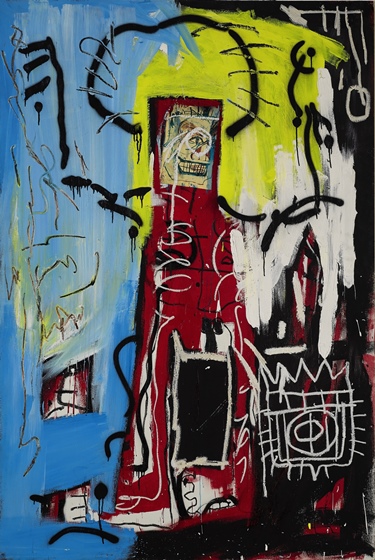 Sotheby’s guaranteed it and the expectations were too high to bring on stronger bidding. Still, it got away.

Originally sold through Basquiat’s early SoHo dealer, Annina Nosei, it last appeared at auction at Sotheby’s New York in November 1987 when it made $23,100.

The current seller acquired it from the Gagosian Gallery in 2004.

The painting was made shortly after Basquiat graduated from his graffiti based, street artist persona of Samo into an exciting and brash art world figure of the early ‘80’s.

Connecticut based dealer David Rogath was the underbidder.

Another heavyweight American entry, Christopher Wool’s massive, 126 by 96 inch monochromatic abstraction, “Untitled” from 2007, executed in oil on linen with brawny and multi-layered mark making, sparked a bidding battle and sold to the telephone for an estimate busting £7,133,750/$8,688,908 (est. £2.8-3.5 million). 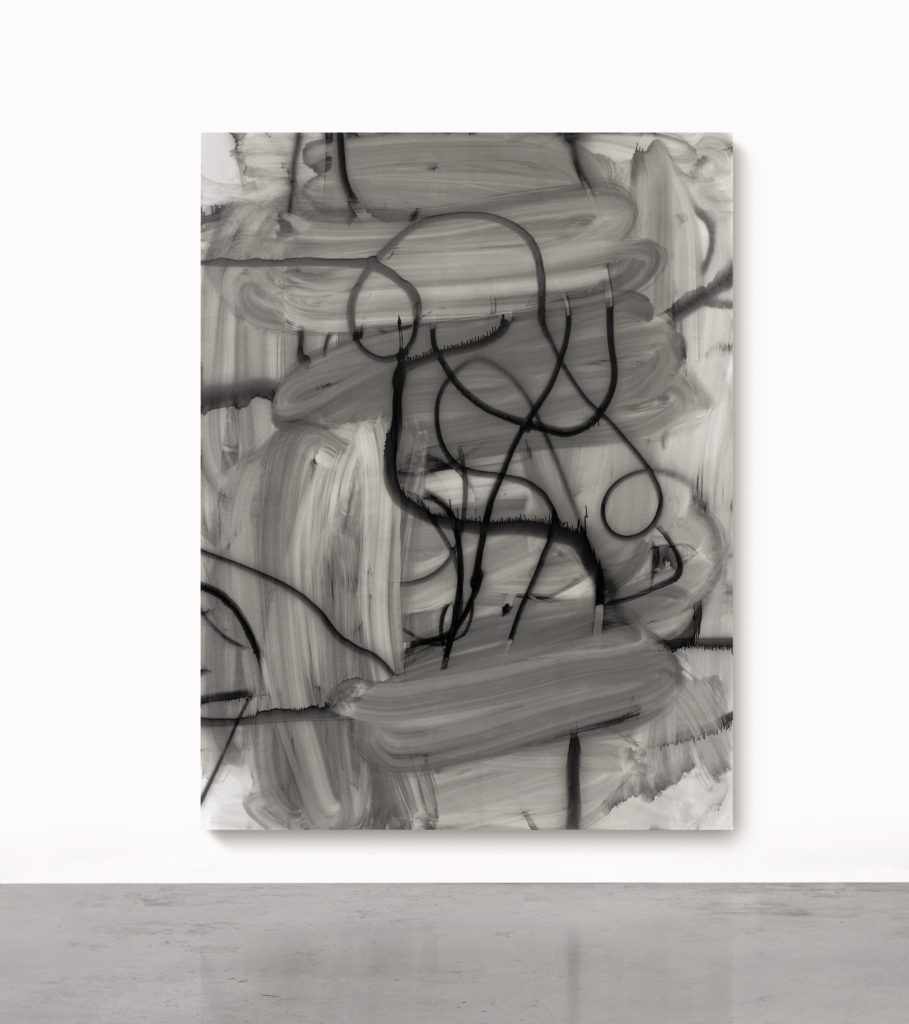 Aside from the usual line-up of blue chip artists that dominate the evening sales, a few more rarified entries come in at times, as with Swiss artist Franz Gertsch’s photo realist painting, “Luciano II” from 1976, featuring the close-up view of an androgynous looking young man in seated profile, wearing a red striped jersey. It sold to Oslo dealer Ben Frija of Galleri K for a record £2,746,250/$3,344,932 (est. 1.5-2 million).

It was the 87 year old artist’s second appearance at an evening auction. 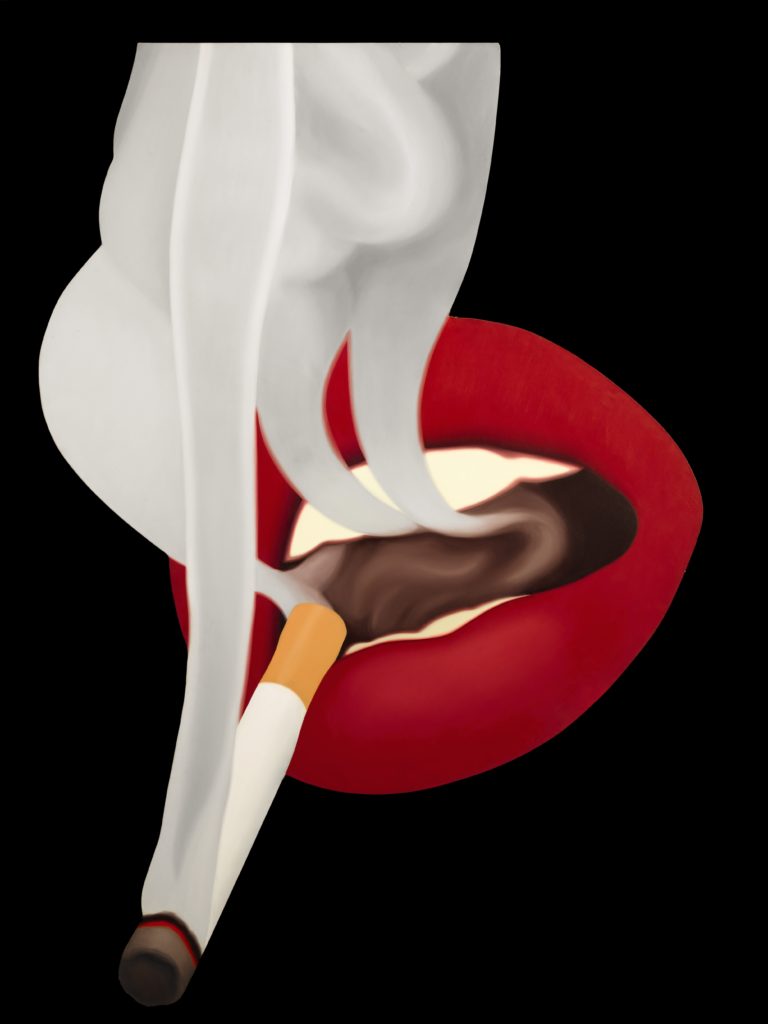 Hugo Nathan of London’s art advisory Beaumont Nathan was the underbidder on the Wesselmann.

The Warhol was backed by an irrevocable bid and last sold at Sotheby’s New York in November 1990 for $93,500.

The competition at Sotheby’s was often fierce, leaving underbidders in the wake of a strengthening market.

“I thought it was a mixed result,” said Denver collector Judy Robins who underbid the record-making Pat Steir abstraction, “Four Yellow/Red Negative Waterfall” from 1993 that made £680,750/$829,154 (est. 150-200,000), “some things went really high and some didn’t. The Steir went triple its estimate and I thought it was a really beautiful image.”

“I was bidding on behalf of an Asian client,” said underbidder Joseph Chen, a Taipei based art advisor who lost out to an anonymous telephone bidder.

That wraps up the evening auctions in London and the bigger New York sales coming up in May are just around the corner.