Joseph Mallord William Turner, R.A. EHRENBREITSTEIN, OR THE BRIGHT STONE OF HONOUR AND THE TOMB OF MARCEAU, FROM BYRON’S CHILDE HAROLD

Ten of the 68 lots offered failed to sell for a slim buy-in rate by lot of fifteen percent. 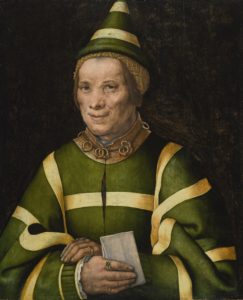 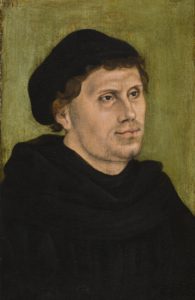 A few lots later, another 16th century painting, Jan Sanders van Hermessen’s intense and idiosyncratic figure wearing a green and gold gown, “Portrait of Elisabet, court fool of Anne of Hungary,” and executed in oil on oak panel triggered a bidding duel, including an online bidder and shot to an estimate busting and record £2,168,750/$2,803,326 (est. £400-600,000).

But that early fizz settled rather quickly as Lucas Cranach the Elder’s stern “Portrait of Martine Luther” in oil on beechwood panel and dated 1517, bought in at a chandelier bid £1.1 million (est. £1.5-2 million). 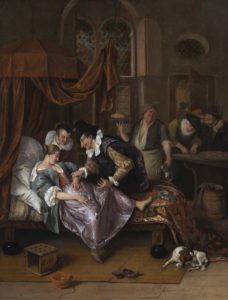 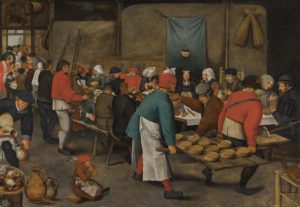 Auctioneer Henry Dalmeny, Sotheby’s United Kingdom chairman, quipped from the sales room rostrum, in referring to the bidders, “you two are obviously desperate for a doctor’s visit.” 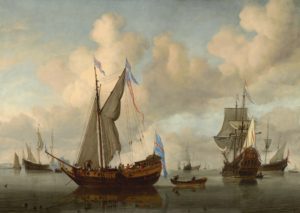 “Ehrenbreitstein, or the Bright Stone of Honor and the Tomb of Marceau,” from Byron’s Childe Harold,” dated 1835 and measuring 36 ¼ by 48 ½ inches in oil on canvas, is a spectacular outdoor scene bathed in Turner’s late afternoon light of the once impregnable ruin, made more famous by Lord Byron’s epic poem “Childe Harold’s Pilgrimage.”

Sotheby’s certainly considered it important, given the house devoted 31 profusely illustrated catalogue pages to the lot.

Certainly, the German subject matter may have been an alienating factor for some.

“It’s one of the best Turners in private hands,” opined Nicholas Hall, a New York based old master dealer and former head of Christie’s Old Masters, “and whoever bought that got a terrific picture and probably underpaid.”

Hall added, “it’s a very selective market” and the uninspiring price for the Turner “took the wind out of the sale.” 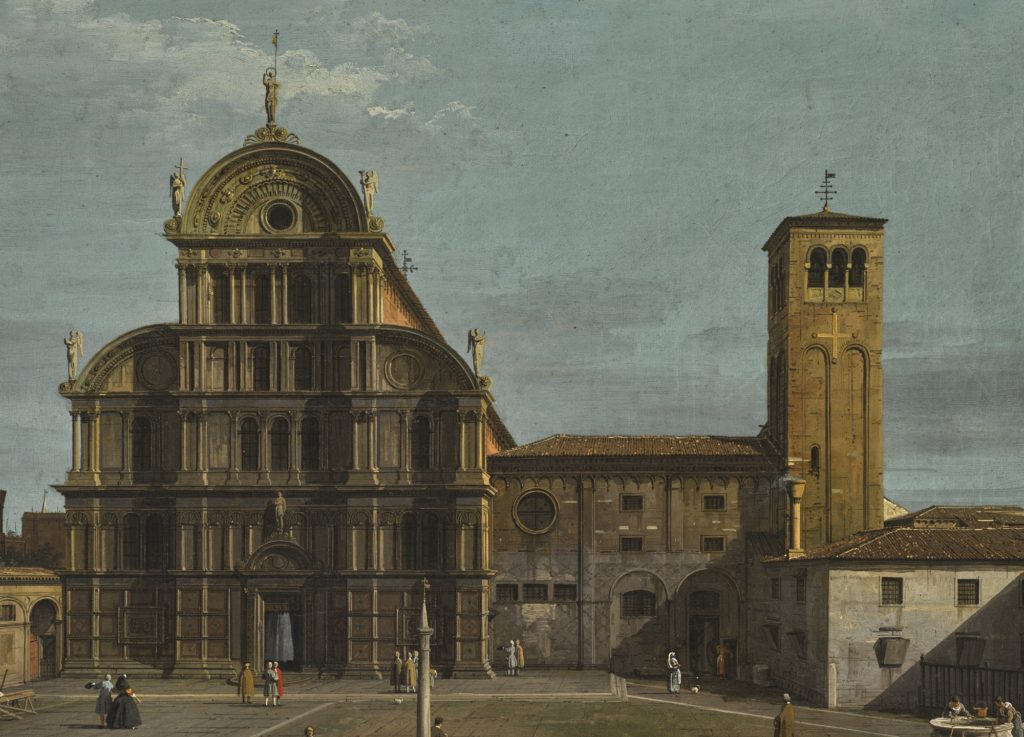 But that feeling of dead clam appeared just ahead of the Turner, as an impressive pair of Giovanni Antonio Canal, Called Canaletto, “Venice, The Campo San Zaccharia, Venice, The Campo Santa Maria Formosa,” in oil on canvas and both housed in their original Venetian carved and gilded frames from the mid-1730’s, failed to sell against a £2.5-3.5 million estimate.

It’s even more unusual in that Canaletto is usually a sought after name in these premier evening sales, not to mention all the attention being garnered on the artist’s current exhibition where “Canaletto & the Art of Venice” is on view in London at The Queen’s Gallery.

“Nothing like it has been seen at auction,” said Greg Rubinstein, worldwide head of Old Master drawings at Sotheby’s, a work “which transports us to the very heart of 18th Century Venice.” 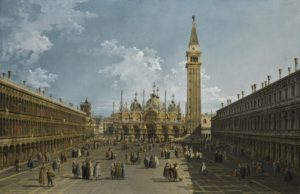 It last sold at Sotheby’s New York in January 2006 for $4.7 million, after it was reattributed to Bellotto who was Canaletto’s nephew and who worked in his studio.

You can call that a big come down. 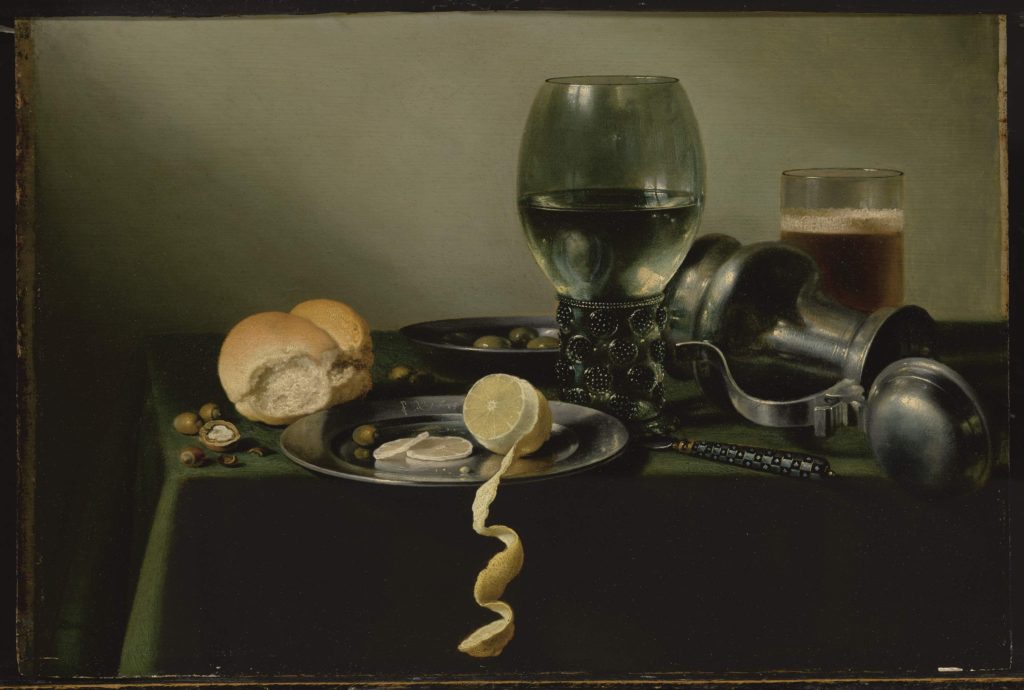 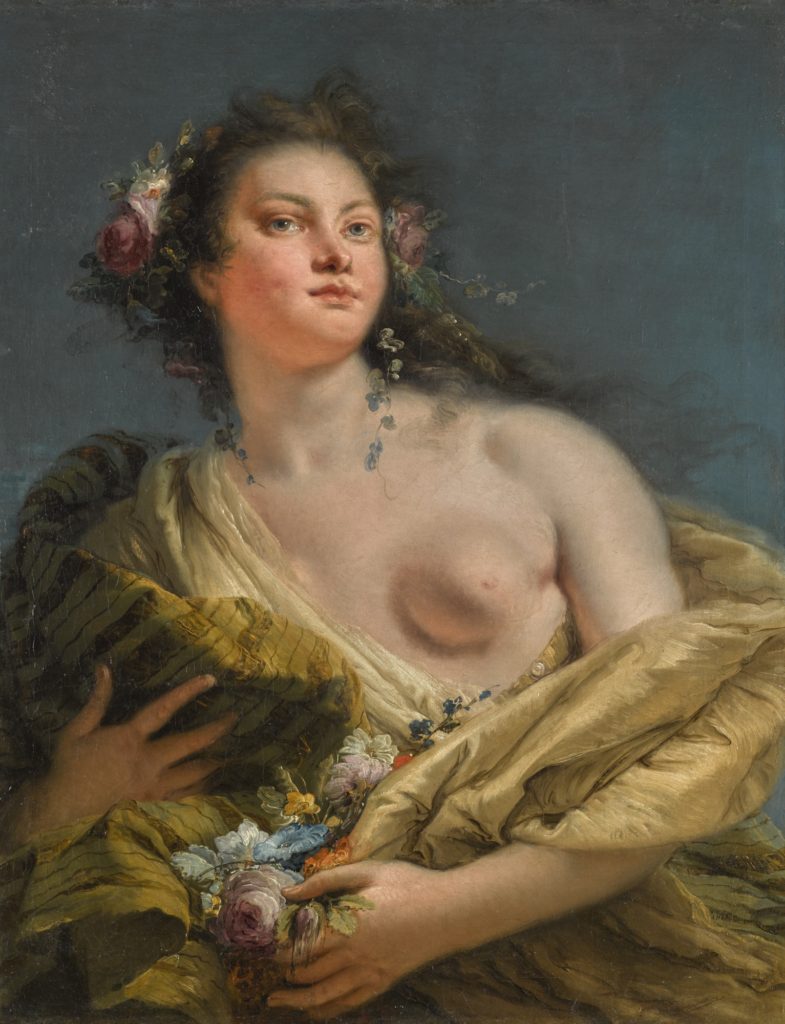 Giovanni Battista Tiepolo
PORTRAIT OF A LADY AS FLORA

The artist’s record price for a work on paper made up for the stumble in the evening sale.

The evening Old Master action resumes at Christie’s on Thursday.