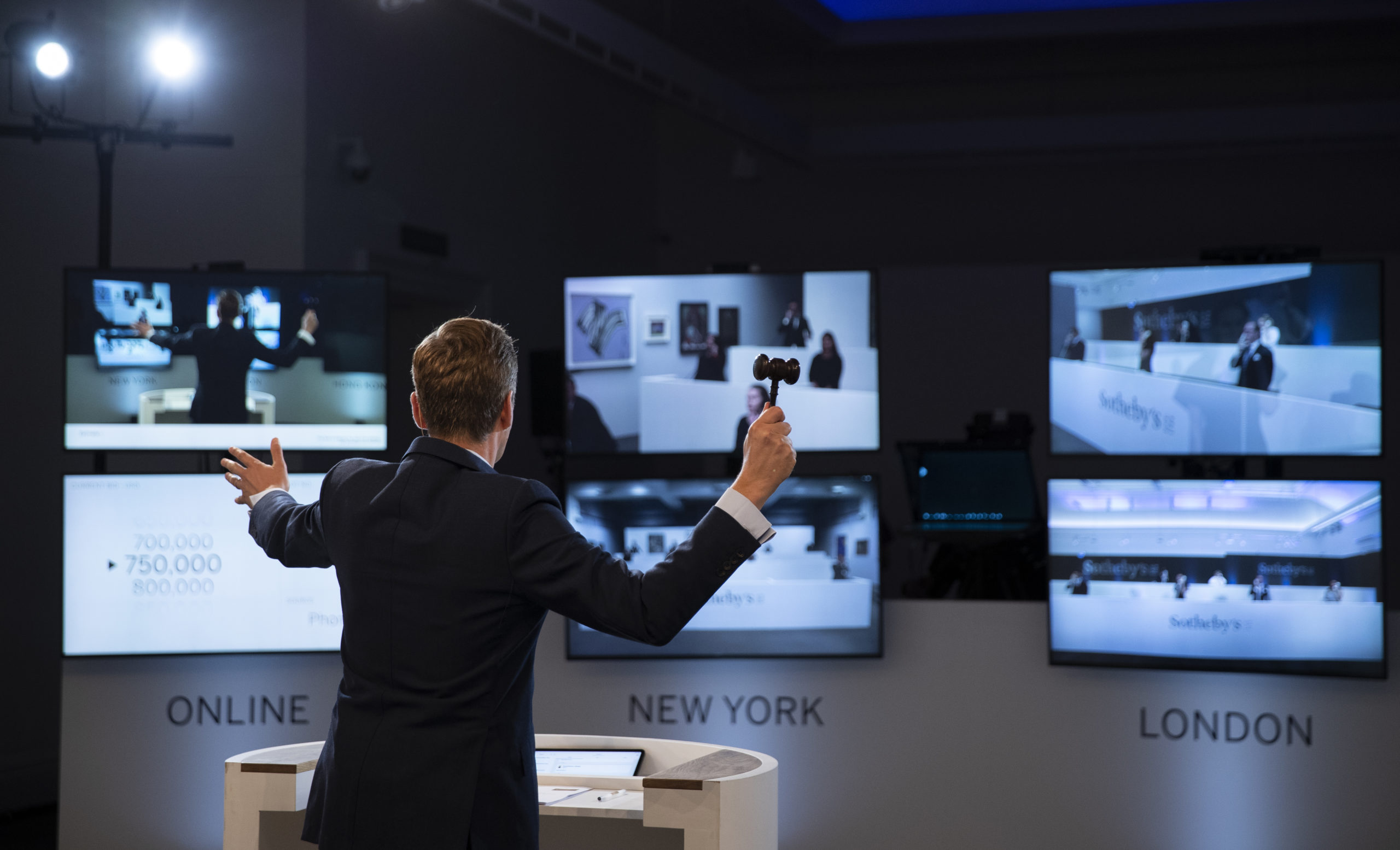 The glass ceiling for art prices fetched in the digital realm were shattered on Monday evening at Sotheby’s live-streamed auction with a late Francis Bacon triptych selling for $84.6 million and three other contemporary paintings exceeding $15 million.

The unprecedented and surreal event was orchestrated by Sotheby’s auctioneer Oliver Barker, based in London and fielding telephone bids from colleagues stationed in tv studio like settings in New York, London and Hong Kong, as well as taking online bids from afar.

The only audience was invisible and online, and instead of the familiar packed salesroom, all you could see was the bespoke suited auctioneer facing a stark wall of large-scale screens focused on those colleagues taking telephone bids.

Barker continually called out the names of the various specialists and client service colleagues as they made a bid and as if they were top class jockeys atop their racing steeds. 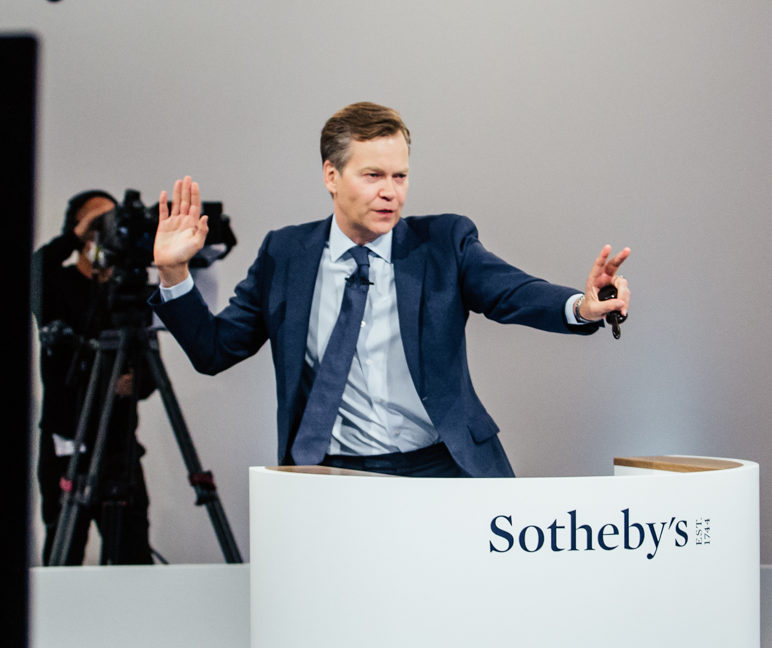 Barker did an excellent job in trying to mime the excitement of a ‘live’ auction and made a point of repeating throughout the marathon, four and a half hour evening that ‘these innovations are here to stay” and “that I can only describe as a historic event.”

Unlike past seasons, the firm piggy-backed contemporary art and Impressionist and Modern categories, as a kind of all-in-one makeup evening event for the postponed series of the big May sales that ordinarily reserved a separate evening sale for each category.

In that same, never before vein, there were no printed catalogues and one had to revert to the firm’s digital catalogues on Sothebys.com to glean information about the individual lots.

The entire group was backed by full-on guarantees financed by Sotheby’s or so-called irrevocable bids, a form of a third party guarantee that entitled the anonymous backers to a similarly secret financing fee. 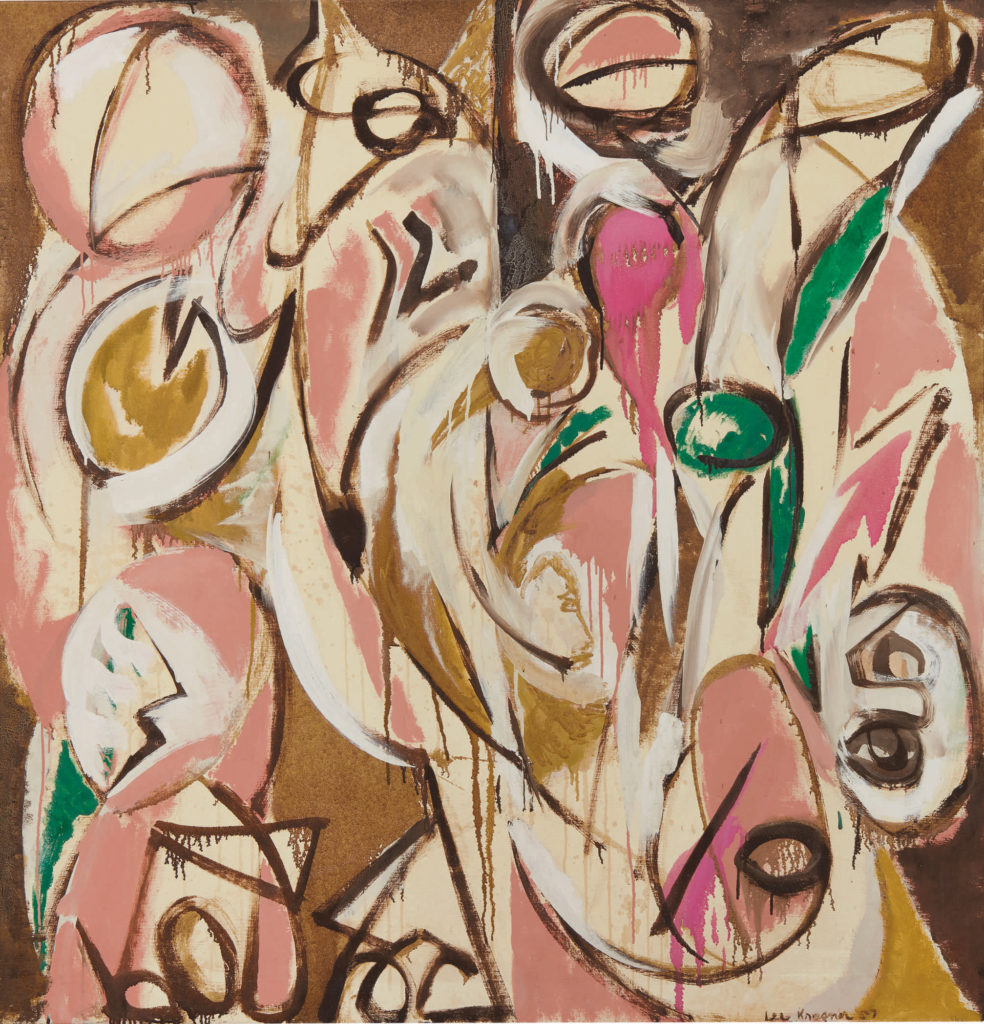 After a brief digital break, the various owner, 30 lot contemporary art auction took the stage and with the powerhouse Bacon, delivered $234,923,550 against a pre-sale estimate of $171.4-239.1 million. (estimates do not include the buyer’s premium).

Only one lot, a Jean-Michel Basquiat untitled work on paper from 1985, offered from the collection of storied art historian Robert Farris Thompson, failed to sell against a $1.5-2 million estimate.

It was otherwise smooth sailing and close to a white glove, 100 percent sold affair, even though it was barely half the lots of what a typical evening sale would comprise.

As previously reported, the May 2020 evening sale was cancelled and eventually rescheduled due to the Corona virus pandemic that put the world’s auction rooms in lockdown.

Still, the main event this round was the searing and masterfully contorted Bacon “Triptych inspired by the Oresteia of Aeschulus “ from 1981 that was estimated at $60-80 million and realized $84,550,000 after a ten minute bidding battle between a telephone bidder and an online bidder from China.

It was a strange contest, starting in earnest at $60 million and racing along at one million dollar increments until the online bidder came in with conservative but consecutive bidding increments of just $100,000, instantly raised by the telephone bidder at $900,000 a shot.

Auctioneer Barker didn’t seem to mind and the eventual winner was the anonymous telephone contestant. The painting was backed by a Sotheby’s guarantee believed to be in the $60 million range and with it, the house seemingly scored a juicy premium for its break the bank risk-taking.

Though the price paled next to the Bacon record of $142.4 million for his 1969 masterpiece, “Three Studies of Lucian Freud” that sold at Christie’s New York in November 2013, it was a breathtaking marker for the digital salesroom and ranks as the third highest priced Bacon to sell at auction.

Bacon’s esoteric title refers to a trilogy of ancient Greek tragic dramas written by the dramatist Aeschylus and first performed in 450 BC that told the story of the returning king from The Trojan War and his murder wickedly planned by his wife Clytemnestra and her lover Aegisthus. 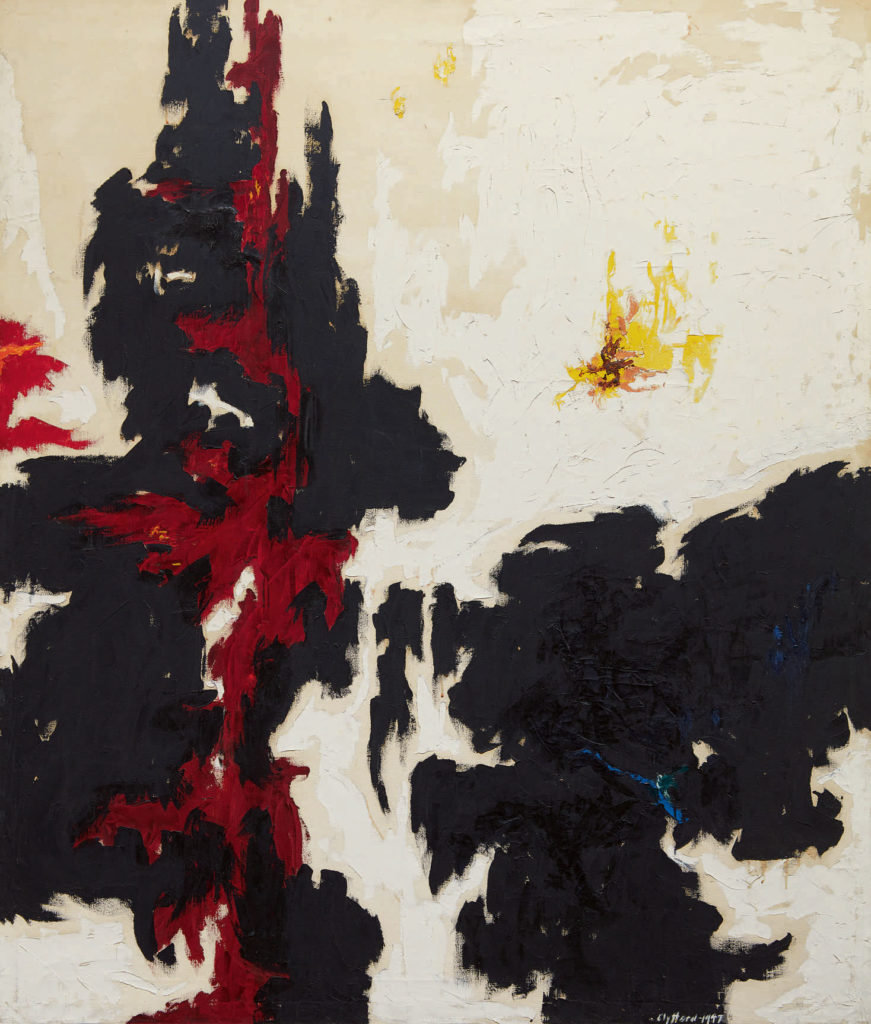 It was one of ten works from the collection of Harry W. and Mary Margaret Anderson that tallied $66.3 million.

Next in line was Roy Lichtenstein’s superb and definitive Pop Art era painting, “White Brushstroke 1” from 1965, first exhibited that year at the Leo Castelli Gallery in New York and that went for $25,417,000 on Monday evening (Est. $20-30 million).

Though one Basquiat surprisingly went unsold, another Basquiat work on paper, “”Untitled” from 1982 and featuring one of the artist’s signature images of a bristling head, sold to an online bidder for a fearsome $15,184,900 (Est. $9-12 million).

Apart from being the highest priced work on paper for the artist at auction, it also represents the highest winning price for an online bid lot.

It was backed by an irrevocable bid though it didn’t seem to need help.

Other standout entries included Vija Celmins’s stunning and magically realistic “Night Sky #7” from 1995 that made a record $6,585,450 (est. $6-8 million) and recently exhibited at her retrospective at the Met Breuer, the now shuttered branch of the Metropolitan Museum of Art and Donald Judd’s early and rare “Untitled” wall relief from 1962 in cadmium red paint and galvanized iron that went for $9,831,600 (est. $4-6 million). 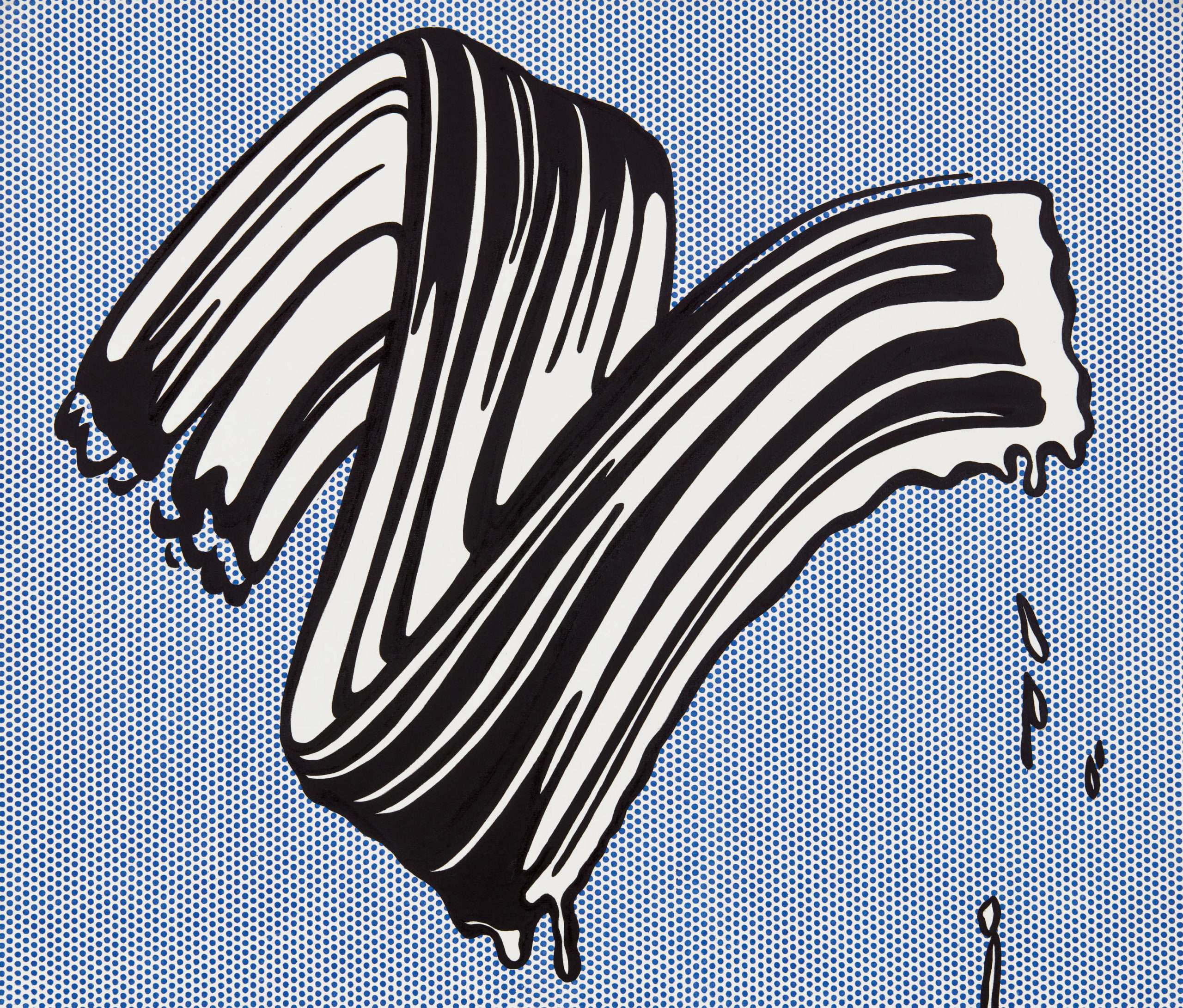 “The piece is so important because it is early and uses materials that will later become so important in Don’s work,” said private dealer Jim Jacobs, an expert in the Judd field.

After another brief digital break marked by Sotheby’s provided and truly annoying Muzak, the Impressionist & Modern evening sale proceeded in decent form, realizing $62,753,500 for the 22 lots that sold, with four failing to find buyers.

“Overall, it was unbelievable and a great surprise given the circumstances,” said New York private dealer Albert Bitton, “and the Impressionist and Modern was amazing for Latin American art and long overdue.”

As an exhausted yet elated Oliver Barker bid farewell at the end of the close to five hour marathon, “thank you ladies and gentlemen for this historic evening at Sotheby’s.”

The next evening auction on the summer agenda will also be conducted in live-stream fashion at Phillips’ 20th Century and Contemporary Art sale on July 2nd.