Sotheby’s opened the London sales season with a brawny start in Impressionist and Modern art as three works fetched over £20 million pounds, driving the tally to £127.9/$161.3 million.

Six of the twenty-three lots offered failed to sell for a rather hefty 26 percent buy-in rate by lot.

Two artist records were set and a third entry beat its previous mark in pounds sterling.

Estimates do not reflect the buyer’s premium.

Alberto Giacometti, GRANDE FIGURE, inscribed A. Giacometti, dated 1947 and with the foundry mark Alexis Rudier Fondeur, Paris, bronze, height: 130.3cm, 51 1/4 in, Executed in plaster in 1947, this unique bronze was cast by the Alexis Rudier foundry in Paris in 1948

The work was recently exhibited in the critically acclaimed Acquavella Galleries’ show in New York, “Miro: Constellations” where the current work was one of 23 related works completed by the artist between January 1940 and September 1941, all of the time, on the run with his family in war torn Europe.

The rare to market work that debuted with the rest of the series at the Pierre Matisse Gallery in New York in 1945 came armed with a so-called irrevocable bid, a form of guarantee from an anonymous third party that assures the sale at pre-set price.

As Miro himself put it in describing the identically sized Constellations, “I feel that it is one of the most important things I have done, and even though the formats are small, they give the impression of large frescoes.”

He wasn’t kidding and the density and the breathless beauty of the current example, a swirling galaxy of Miro-esque calligraphy and color charged image making makes it a petite masterpiece.

The painting was included in the important traveling exhibition organized by Tate Modern and the Basel Kunstmusuem, “Kandinsky: The Path to Abstraction” in 2006-2007.

It has been cloistered in the same family collection since the 1920’s.

At least four other related works from the same year (1909) have appeared in the past ten years at auction, including “Studie fur Improvisation 8” that sold for $22.3 million at Christie’s New York in November 2012.

Kandinsky was certainly the undisputed star of the evening, at least in value, as another irrevocable bid backed work, the stormy, large-scaled and wildly experimental ”Painting with White Lines” from October 1913, replete with a symphony of color, climbed to £33,008,750/$41,620,733, topping the record set just minutes before (unpublished estimate in excess of £27/$35 million). 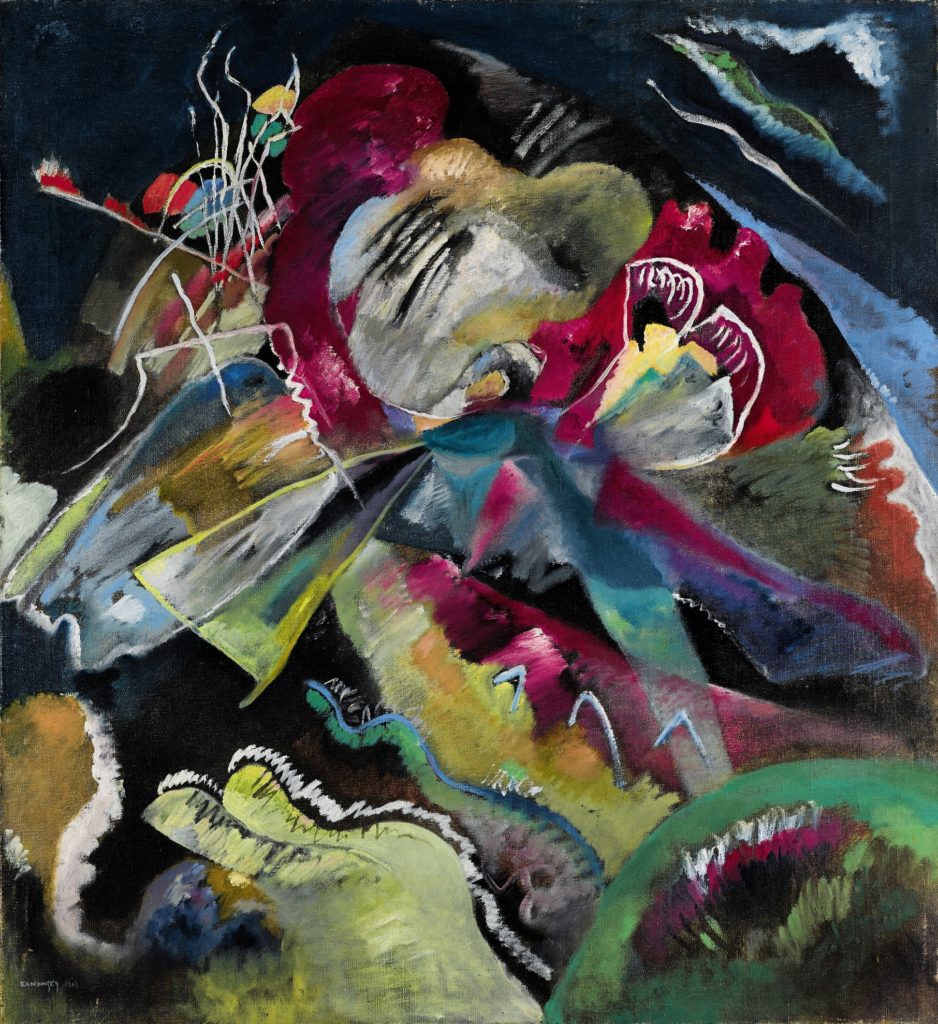 Observers in the salesroom identified the buyer as London art advisor Hugo Nathan of Nathan Beaumont.

The sphinx like sitter, with her arms folded around her drawn knees is Jacqueline Roque, the artist’s last wife and who survived him until her suicide in 1986.

It is believed that Picasso painted her likeness over 400 times.

It came ‘naked’ to market, without the backing of any financial guarantee.

The radiantly stunning seascape, dominated in part by a calmly gliding sailboat at sunset and scaled at 26 ¼ by 35 5/8 inches, served as a gorgeously decorative substitute for an otherwise unobtainable Seurat who died the year before in 1891.

It last sold at Sotheby’s New York in November 2002 for $2,649,600 and more recently was exhibited at the Phillips Collection in Washington, D.C. in the 2014-2015 show “Neo-Impressionism and the Dream of Realities: Painting, Poetry, Music.”

But that’s another story.

The take away from the evening is that rare to market, top class and increasingly difficult to source works sizzle.

The evening auction action, oddly enough, takes a breather till next week with a series of contemporary art sales as well as Christie’s lone Impressionist & Modern
auction.

The topsy-turvy scheduling reflects the rapidly changing nature of the global art market.