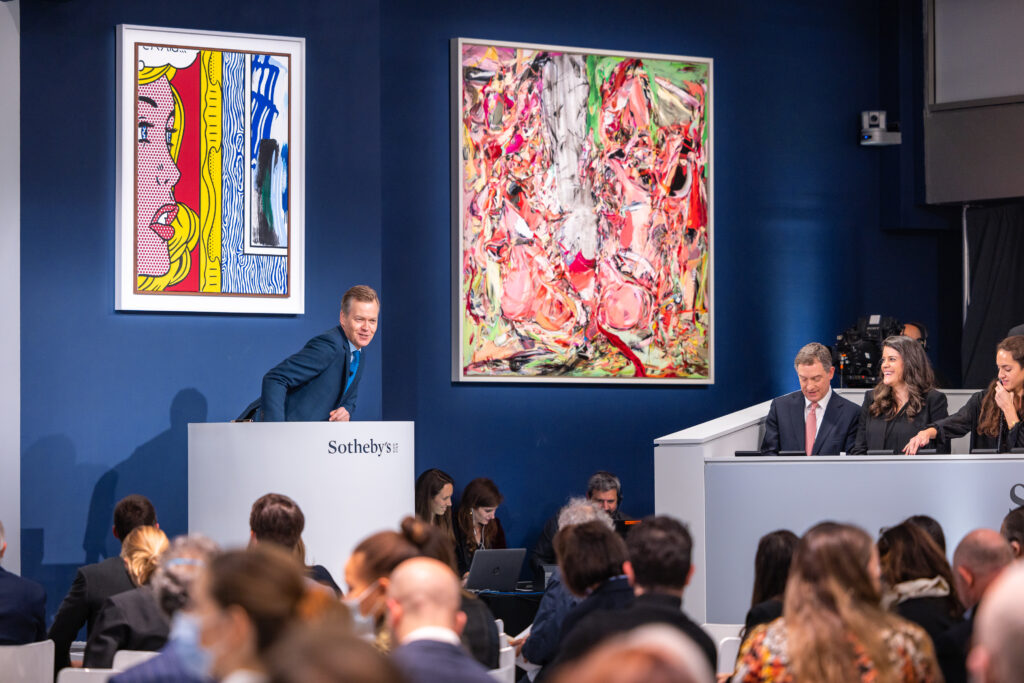 The international art market continued its skyward climb with barely any turbulence at Sotheby’s double-header evening sale on Thursday that hauled in $191.1 million and set numerous artist records.

The action began in the newly hatched “Now” category sale that garnered $71.8 million (with fees) for the 23 lots sold, making it a so-called “White Glove” sale where tradition gives the auctioneer, in this case Oliver Barker, a pair of symbolic white gloves for the honor.

That bullish tally easily hurdled pre-sale expectations of $36.6-53.2 million.
The hammer total of $59.7 million also surpassed the high end of the estimate range. 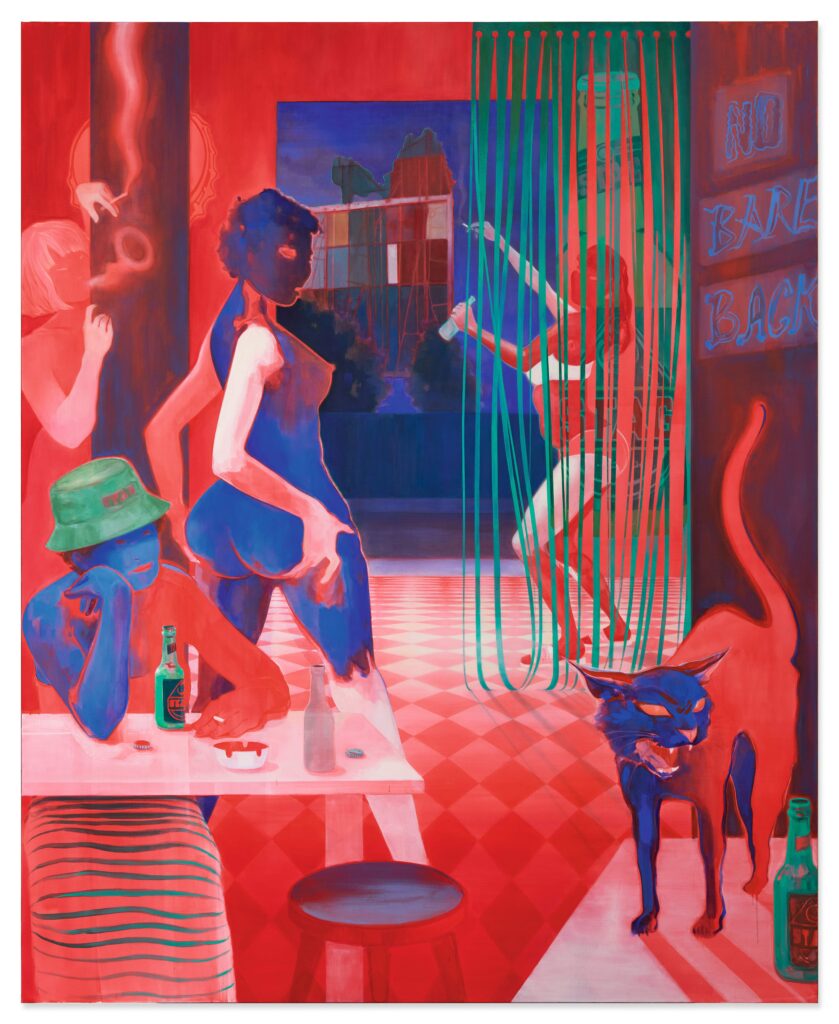 Bidding scorched past estimates with Lisa Brice’s large-scale and color charged scene of dancing and drinking figures, “No Bare Back, after Embah” from 2017 that rocketed to $3.2 million (est. $200-300,000). The painting was featured in the artist’s solo, “Boundary Girl” at Salon 94 in 2017. 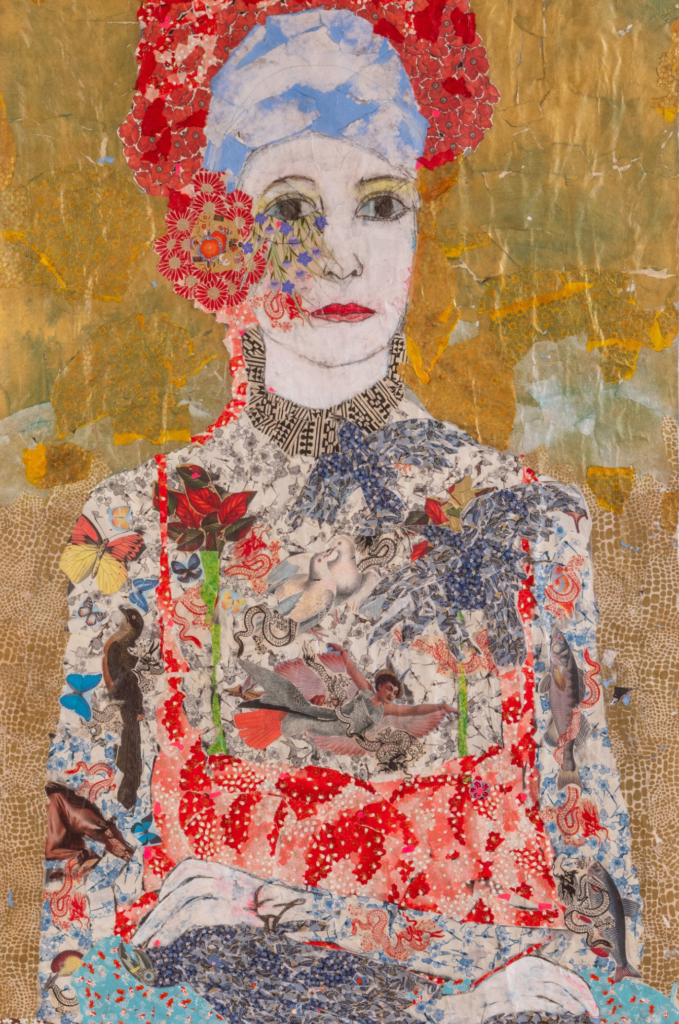 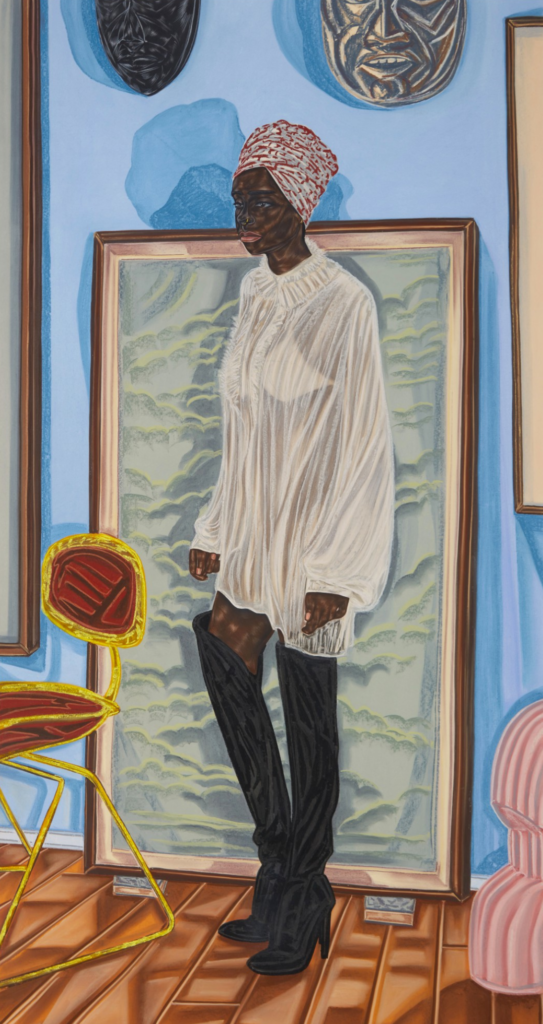 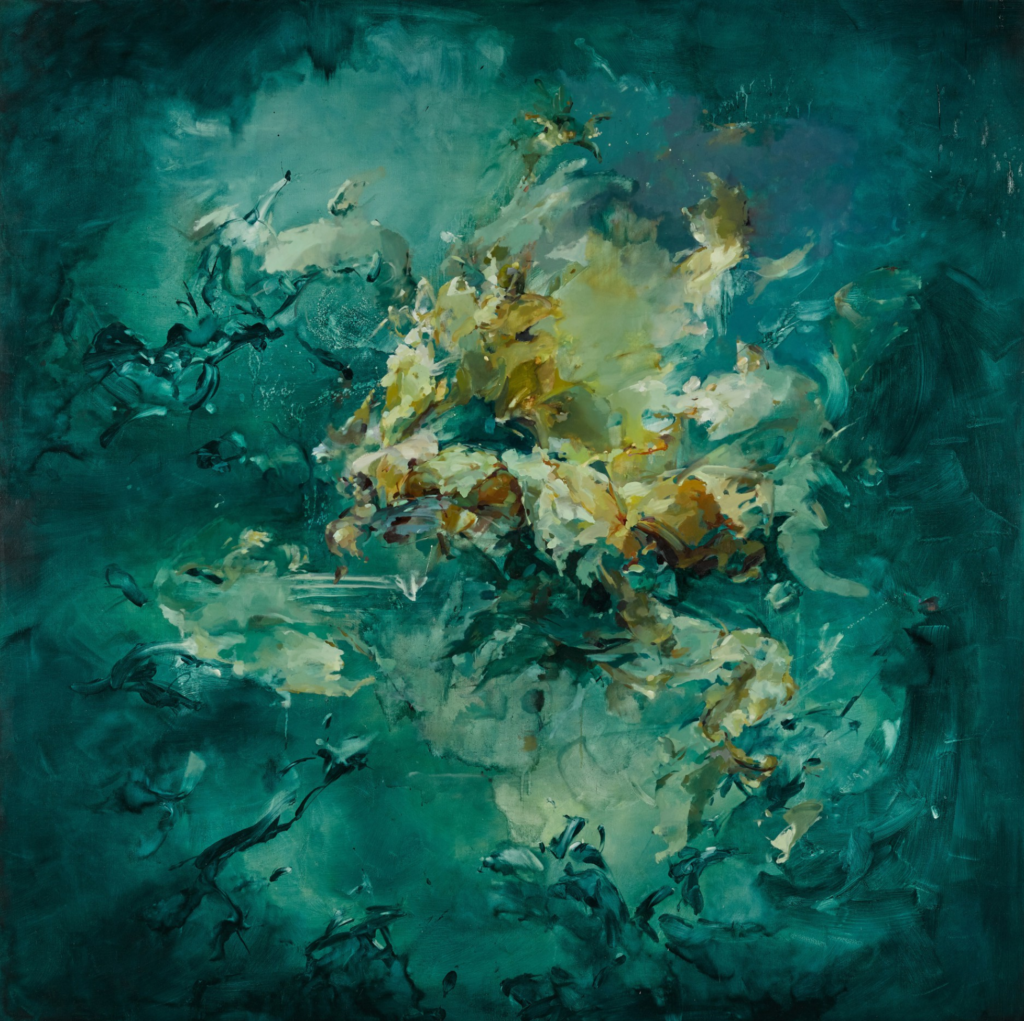 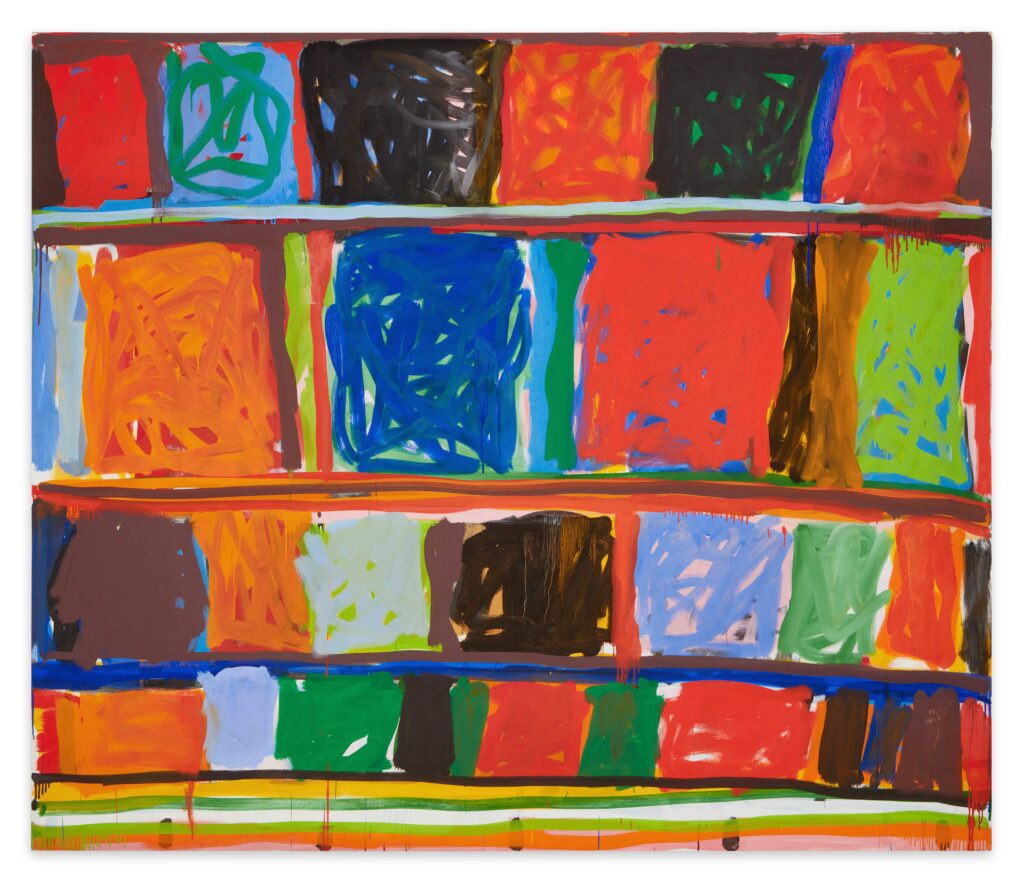 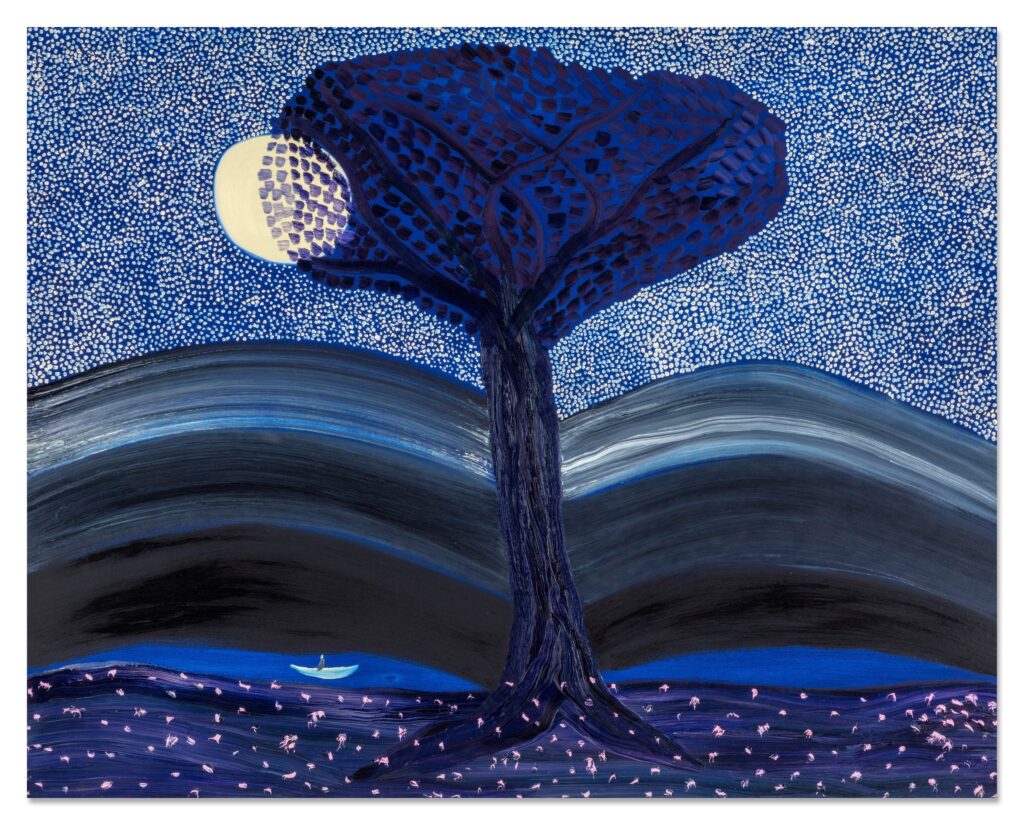 The sale also featured two works by Banksy and offered, apparently for Sotheby’s an auction first, with the option of paying in Ether currency which made auctioneer Oliver Barker’s machine gun style delivery all the more challenging in announcing bid increments tongue twister style in both dollars and Ether. 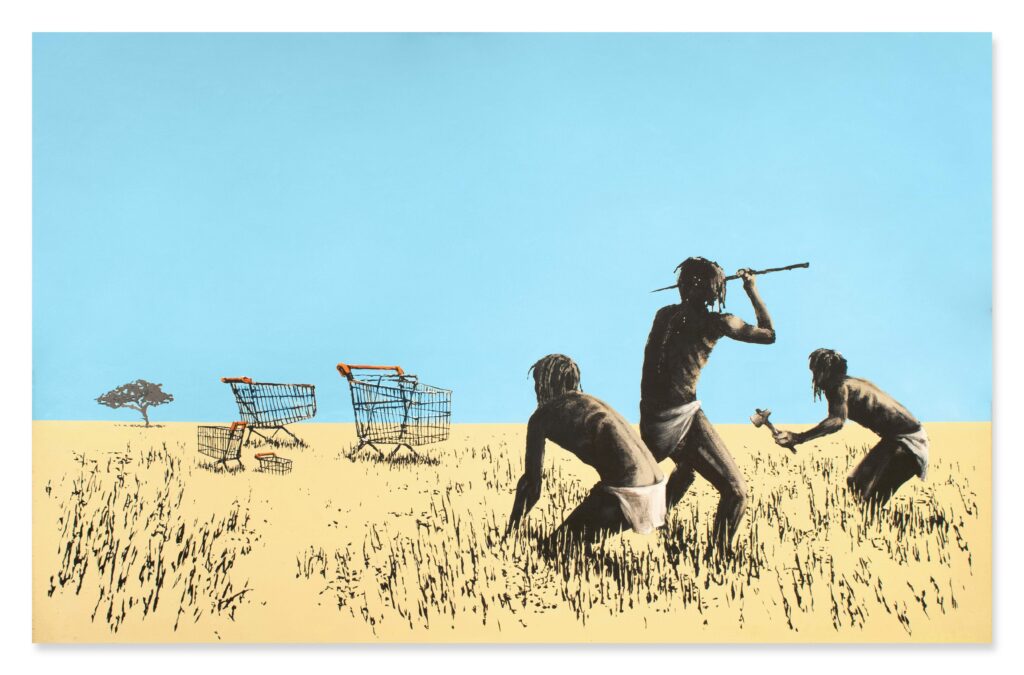 Still, both pictures found buyers as “Trolley Hunters” from 2006 featuring a trio of bare-chested natives attacking a pair of empty grocery carts that hit $4,660,000 (est. $5-7 million) and “Love is in the Air” from the same year and featuring the familiar masked figure about to hurl a bouquet of flowers that sold for $8,077,200 (est. $4-6 million). 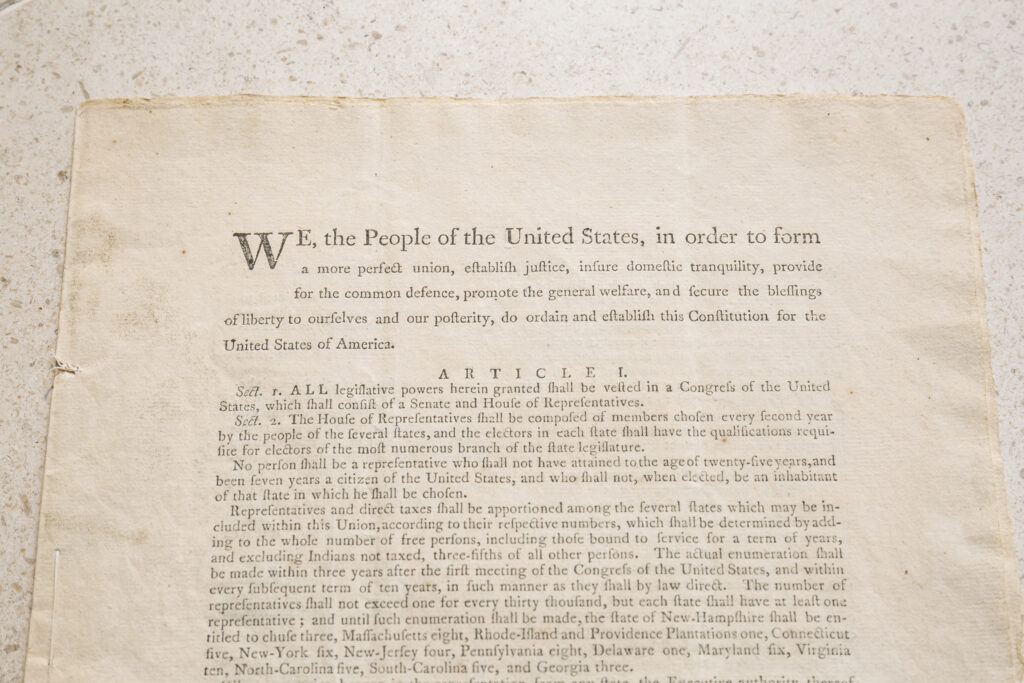 There was a brief and rather momentous break between “Now” and the firm’s Contemporary sale, long enough for the record shattering auction of an ultra-rare first printing copy of the U.S. Constitution that sparked a long-bidding battle between two telephone opponents and that fetched $43.2 million (est. $15-20 million.)

It became the highest price for any book, manuscript or printed text and all of the proceeds benefitted the consignor’s charity, The Dorothy Tapper Goldman Foundation.

On Friday, Sotheby’s announced the buyer was Chicagoan hedge fund mogul Ken Griffin, the CEO and founder of Citadel who said the sacred document would go immediately on loan to Crystal Bridges Museum of American Art in Bentonville, Arkansas where admission to the museum is free.

The abrupt changing of the guard to contemporary art felt slightly surreal but the evening soldiered on without pause or nervous flinching, realizing, all in, $119,209,650, including fees and all but two of the 34 lots offered, failing to sell for a slim 5.9 % buy-in rate.

The tally, including fees, struck towards the high side of pre-sale expectations pegged at $87.7-124.6 million. 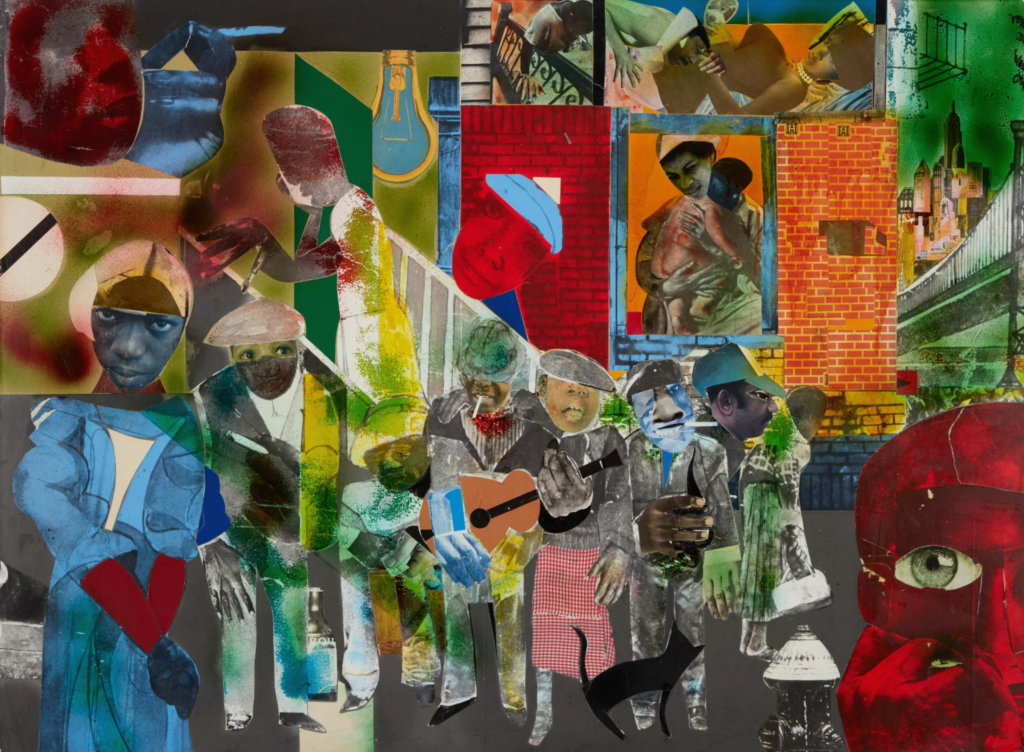 The depth of bidding became wildly evident with Christopher Wool’s dramatically abstract and richly marked “Untitled” from 1995 and executed in enamel on aluminum that realized $13,190,250 (est. $6-8 million).

Though it didn’t seem to need it, the picture was backed by an irrevocable (aka third party) bid, one of eleven guarantees in the sale.

Though performing within estimate (for a change in this super-charged auction season), Donald Judd’s red lacquer on galvanized iron wall mounted sculpture, “Untitled” from circa 1968-60 sold to Andrew Fabricant of Gagosian Gallery for $2,803,000. 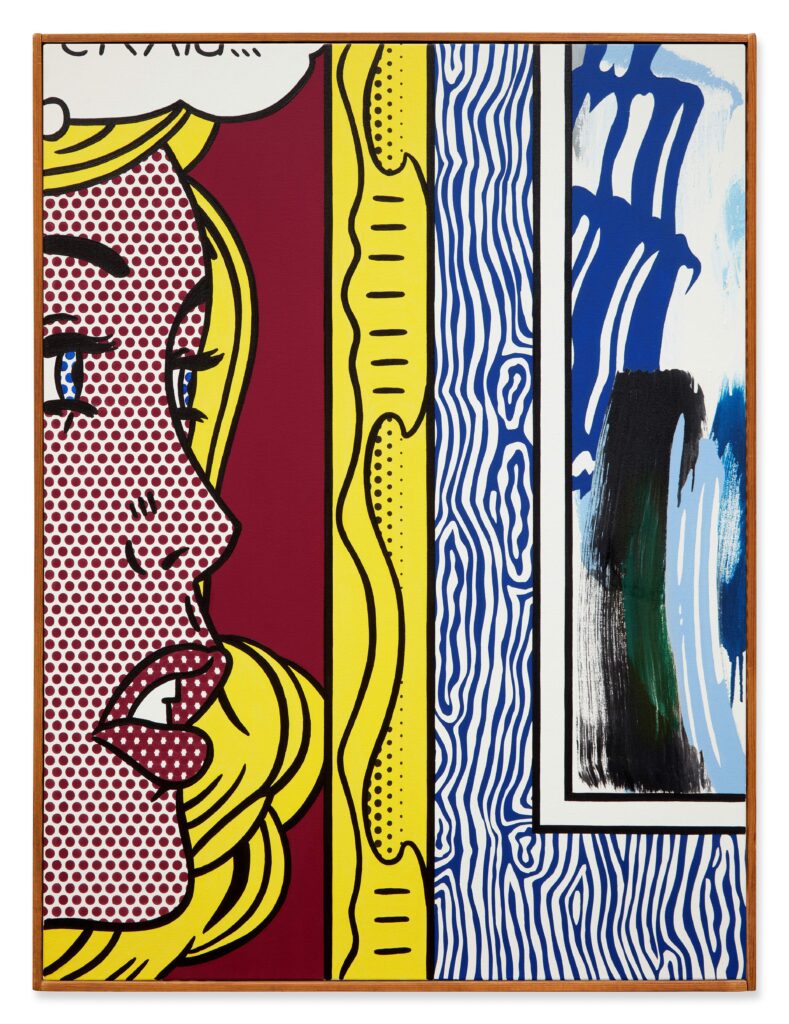 Fabricant was back in action later in the auction, outbidding all of the posse chasing Roy Lichtenstein’s stunning “Two Paintings: Craig” from 1983 and the last of the artist’s bubble captioned works though this one was cleverly cropped at the top of the canvas. It fetched the evening’s top lot price of $20,371,500 (est. $12-18 million) and was part of the eleven lot trove consigned by the estate of Hollywood producer Douglas S. Cramer that tallied $49.4 million against pre-sale expectations (before fees) of $27-37.5 million. 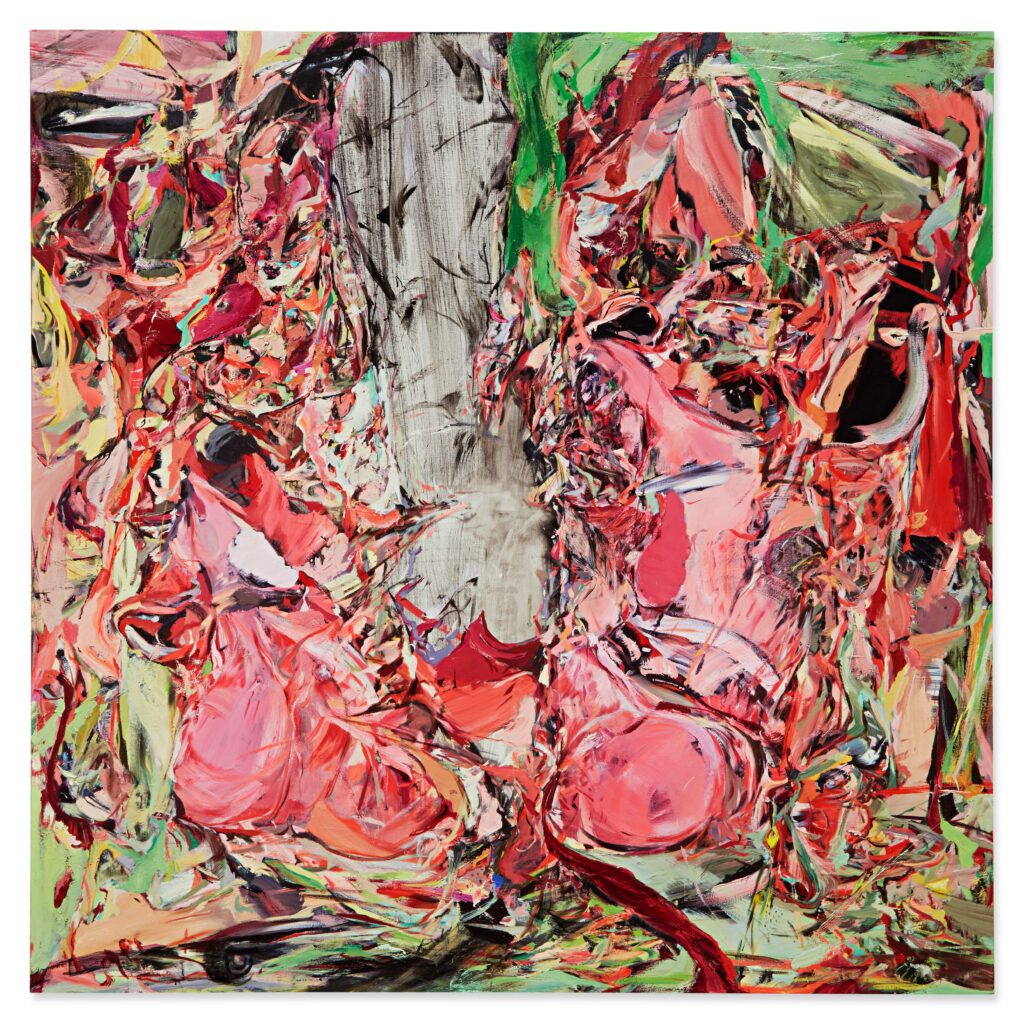 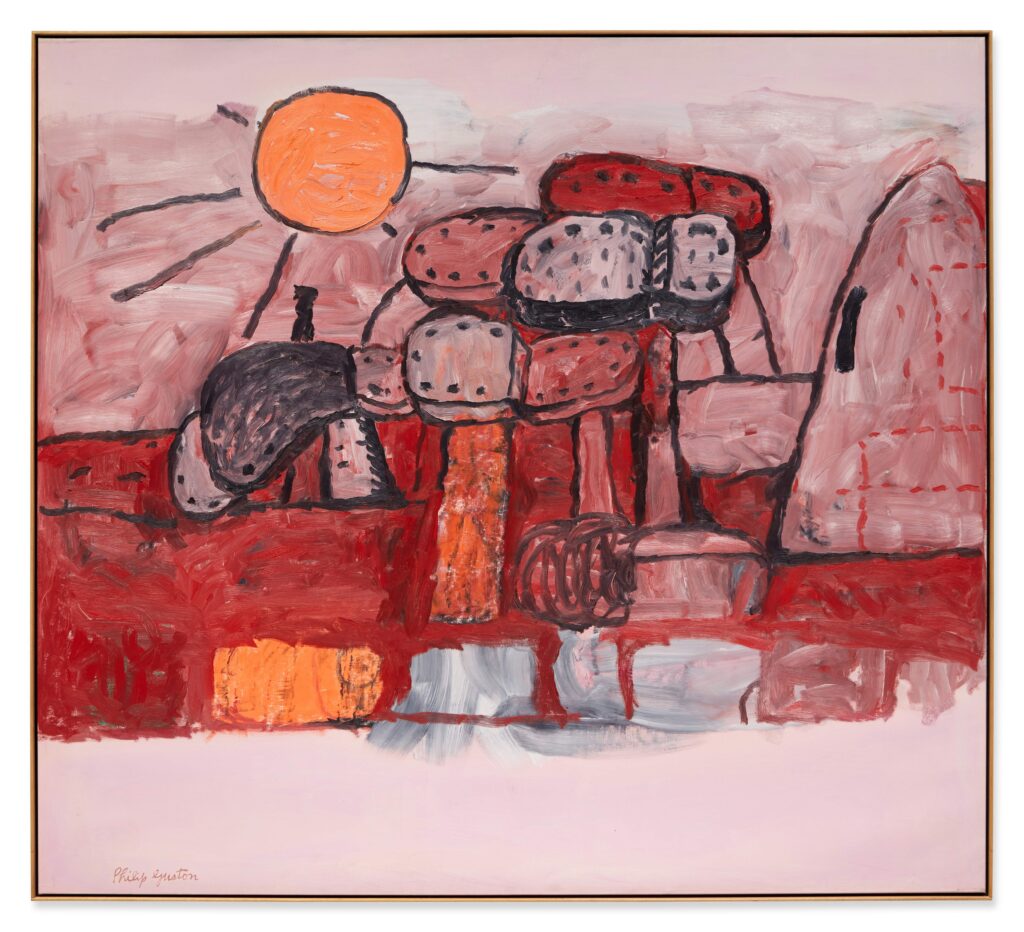 Another fresh to market, estate sourced gem, this one from the collection of Gabriele and Robert Lee, Philip Guston’s raw and darkly stunning “Ominous Land” from 1972 sold to another anonymous telephone bidder for $9,456,000 (est. $6-8 million).

The only down note of the evening was Jean-Michel Basquiat’s spectral figure, “Made in Japan II” from 1982 in acrylic and oilstick on paper mounted on canvas, that flopped at a chandelier bid $11.5 million (est. $12-18 million).

One can never really guess about why a work by a super-star artist tanks, but an educated hunch would be this number was serially shopped around before it appeared at auction.

Looking back at these two, back-to-back weeks of billion dollar plus auctions, one might say we’ve entered the new normal.