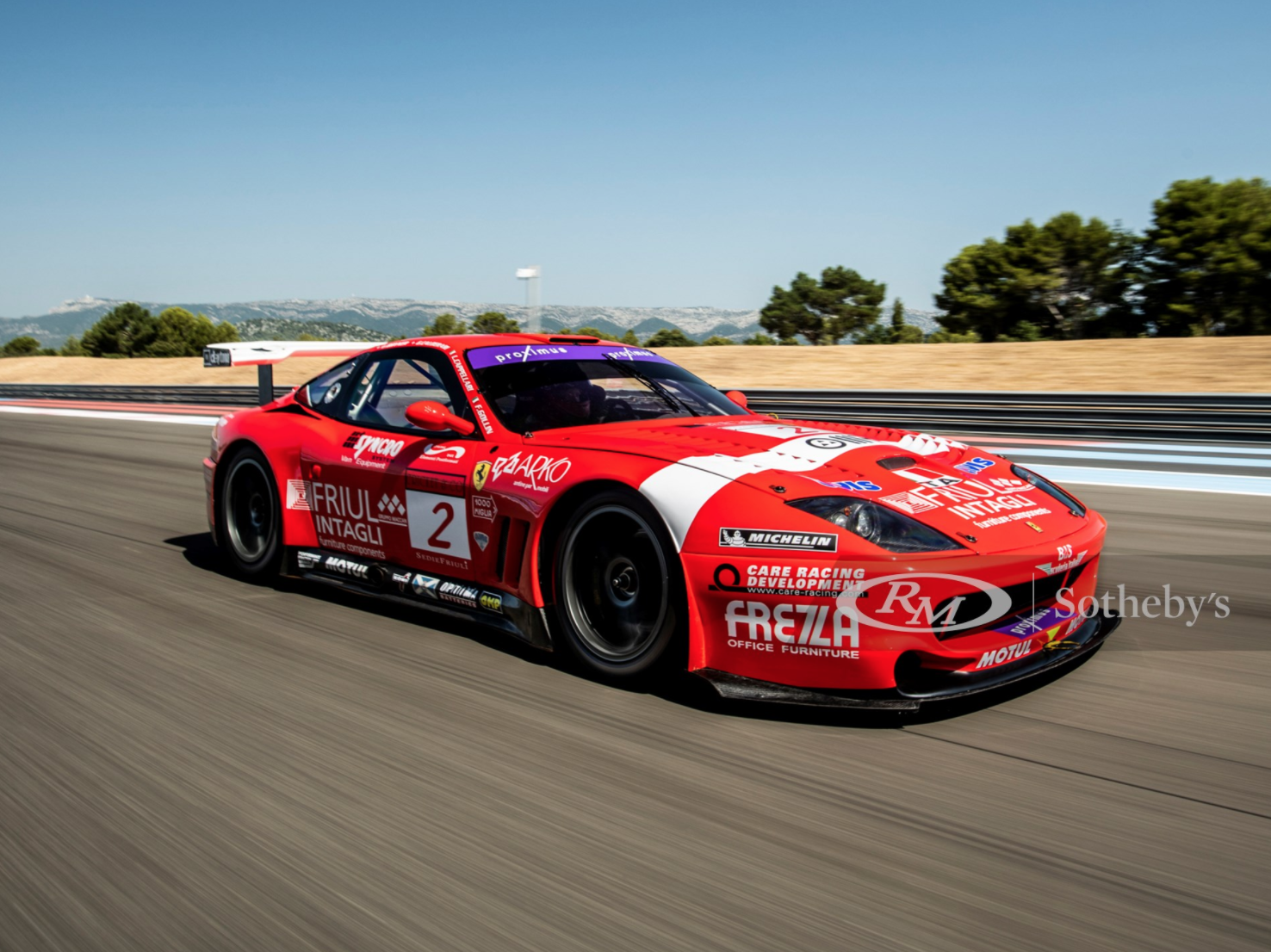 In a pandemic mandated shift from the usual late summer pow-wow of classic car enthusiasts for the celebrated series of week long auctions and Concours d’Elegance events in Monterey and Pebble Beach California, RM Sotheby’s staged an online only auction that fetched $30.4 million.

Though impressive in terms of a one-off online event, the tally paled compared to RM Sotheby’s’ 2019, three-day live event in Monterey that pulled in $107.4 million & topped by a 1994 McClaren F1 ‘LM Specification’ sports car that fetched a record  $19.8 million.

The star lot was a race-proven and frequently campaigned 2001 Ferrari 550 GT 1 Prodrive that sold for $4.29 million (est. $3.85-4.85 million), and according to RM, the highest price ever achieved in an online only collector car auction. 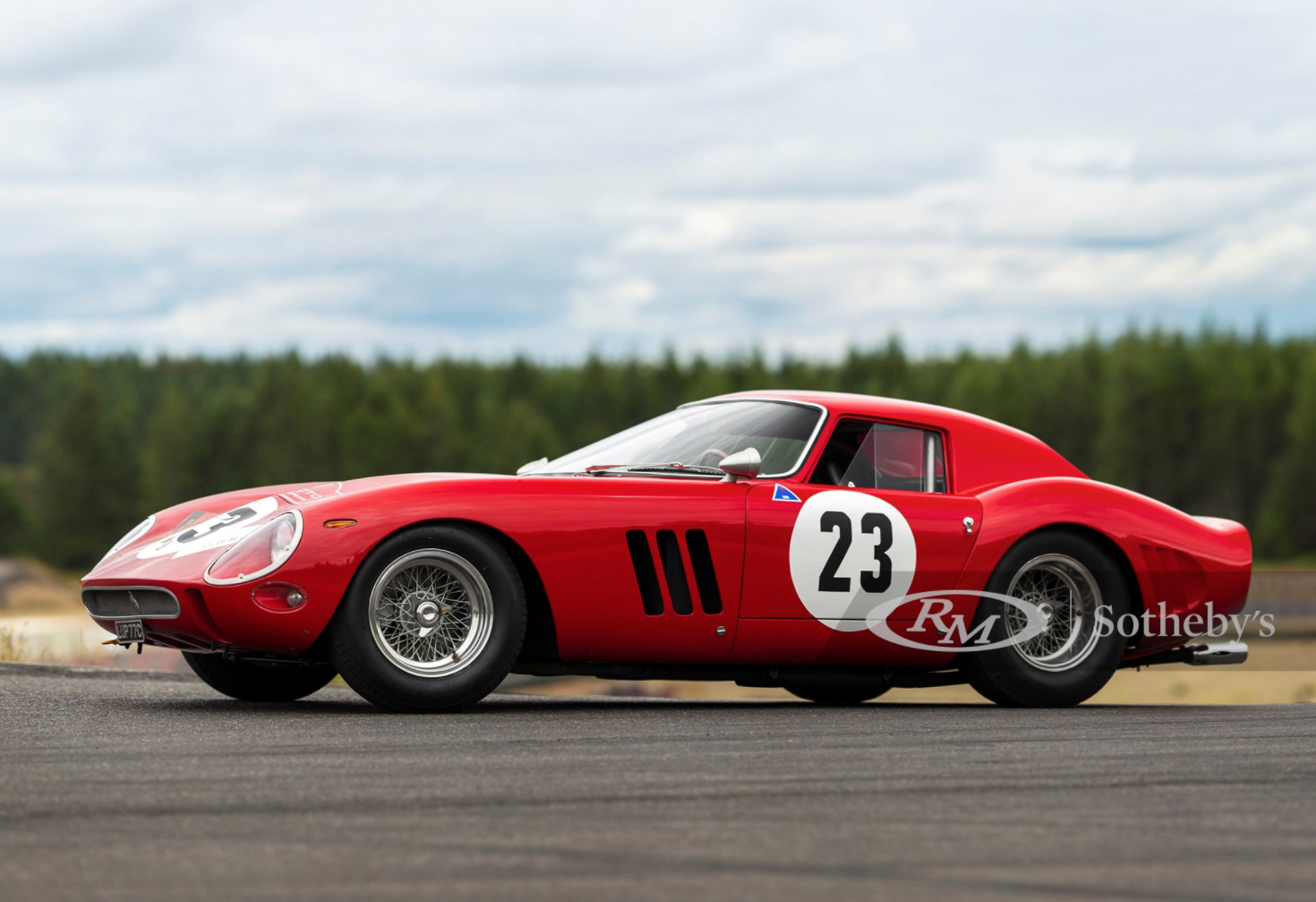 The car, a sports racing version of the Ferrari 550 Maranello, was one of ten examples built by Prodrive and competed in 49 races, winning 14, including the 24 Hours of Spa in 2004.

Race-pedigreed cars, especially those bearing the prancing horse marque of Ferrari, are especially prized by collectors. 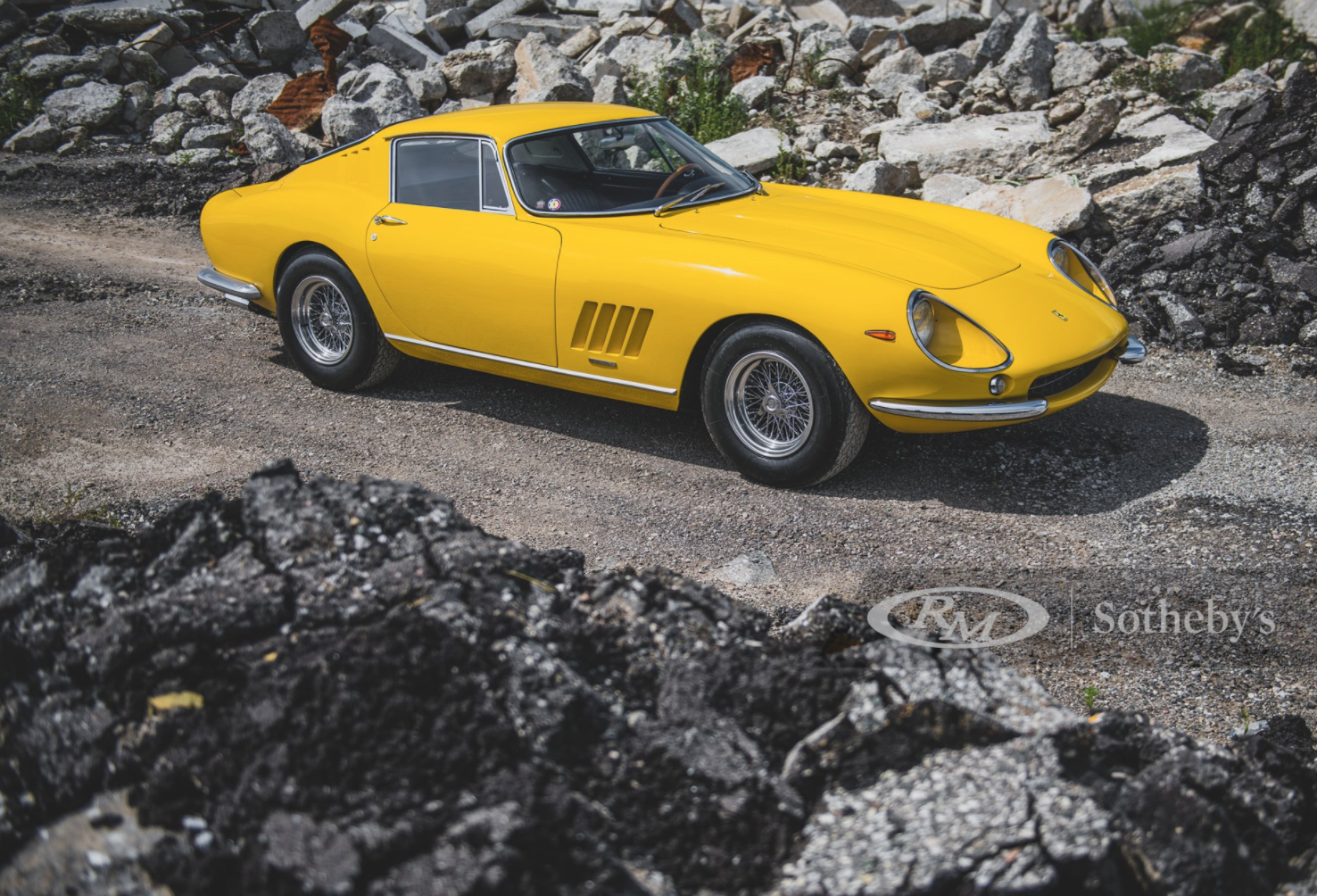 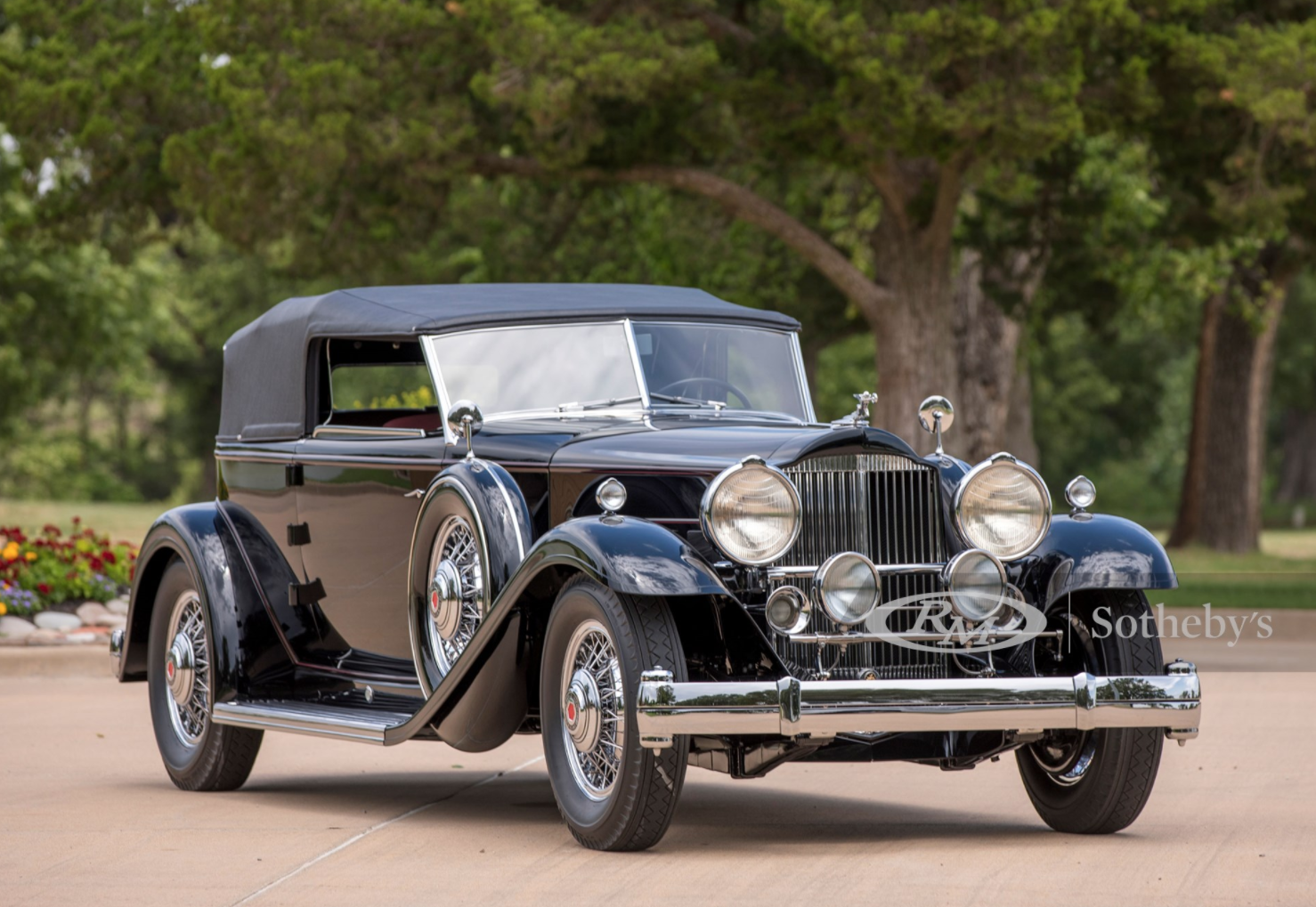 The only pre-War entry that made the top ten was a stunning 1932 Packard Deluxe Eight Individual Convertible Victoria that brought $1.056 million (est. $1-1.25 million).

All prices reported include the 10 percent buyer’s premium tacked onto the hammer price.

One may ask ‘why Ferrari’ and that question is easily decanted by the past news of the 2018 private sale of a 1963 Ferrari 250 GTO, one of 39 examples built between 1962-64, that sold to Weather Tech founder and ceo David MacNeil for a reported $70 million.

That same year in Monterey, RM Sotheby’s sold a 1962 GTO for $48.6 million, still the highest auction price for a motor car and dipping further back into the record books, a 1962 Ferrari GTO sold to Carlos Monteverde, the son of billionaire philanthropist Lily Safra, at Bonhams’ Quail Lodge auction in August 2014 for a whopping $38.1 million.

Ironically, in that 2018 record sale at RM Sotheby’s, Internet bidding wasn’t allowed and prospective bidders had to go through a strict, pre-sale vetting process.

My, how times have changed, thanks largely, if that’s possible to say, to the Covid-19 pandemic and with it, out of survival necessity, the mercurial rise of online bidding at auction. 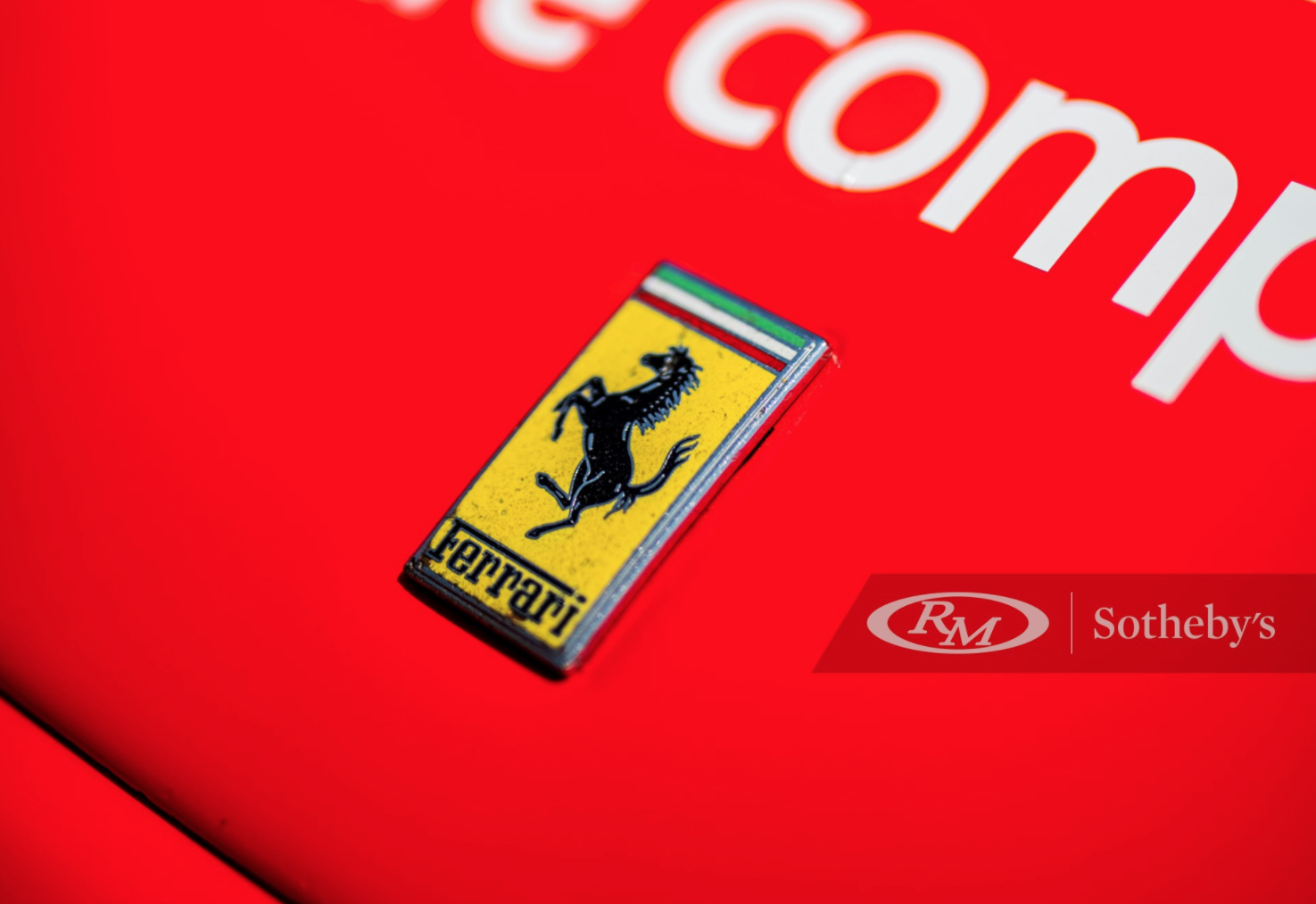 Looking back to the iconic Ferrari 250 GTO (standing for Gran Turismo Omologato, a racing classification for limited production, street legal cars), it debuted in 1962 with a sticker price of $18,000 (around $153,000 in today’s dollars) and only went to buyers approved by Enzo Ferrari, the Italian automotive genius known as the “magician of Maranello.”

Given current market conditions, it seems unlikely another of the fabled 250 GTO’ s will come to the auction block anytime soon.