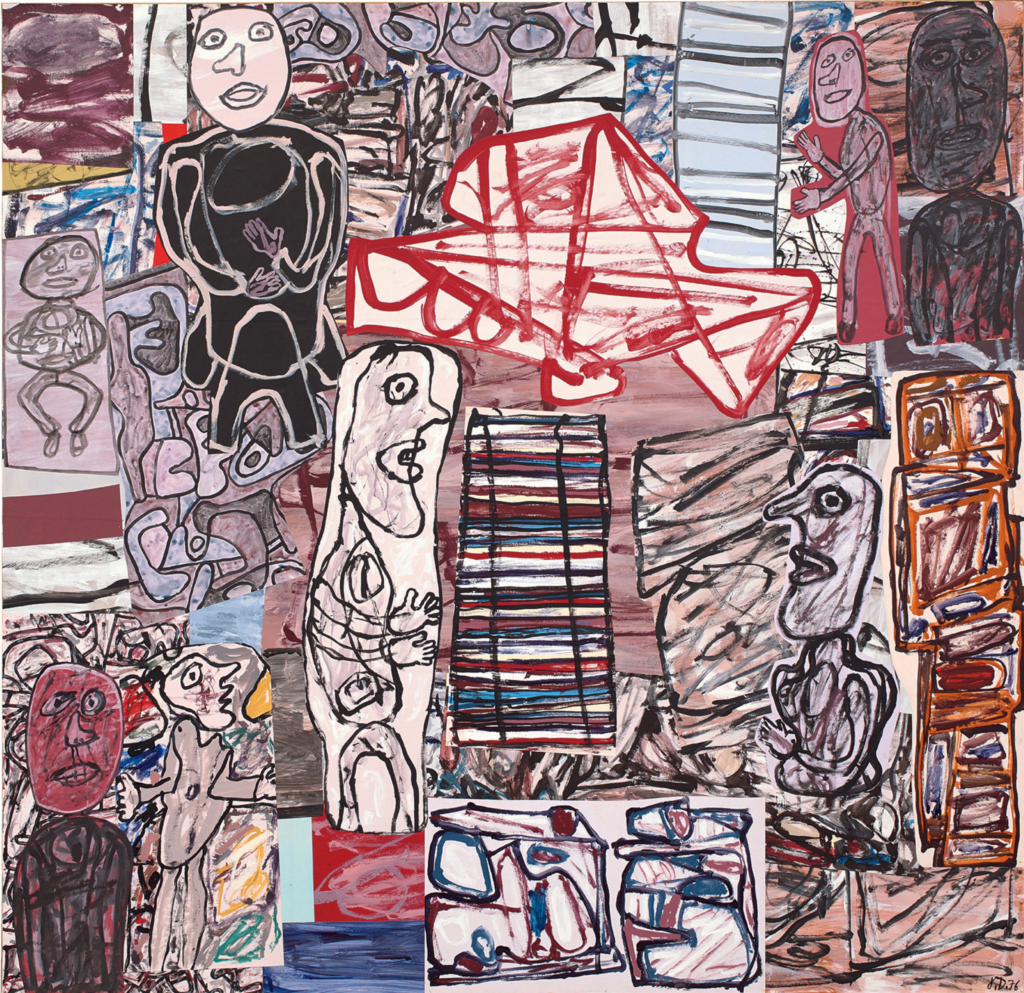 Only three of the 35 offered works offered failed to sell for a svelte nine percent buy-in rate and a rare to market Tamara de Lempicka painting bearing an estimate in the region of £1.5 million was withdrawn just prior to the sale. 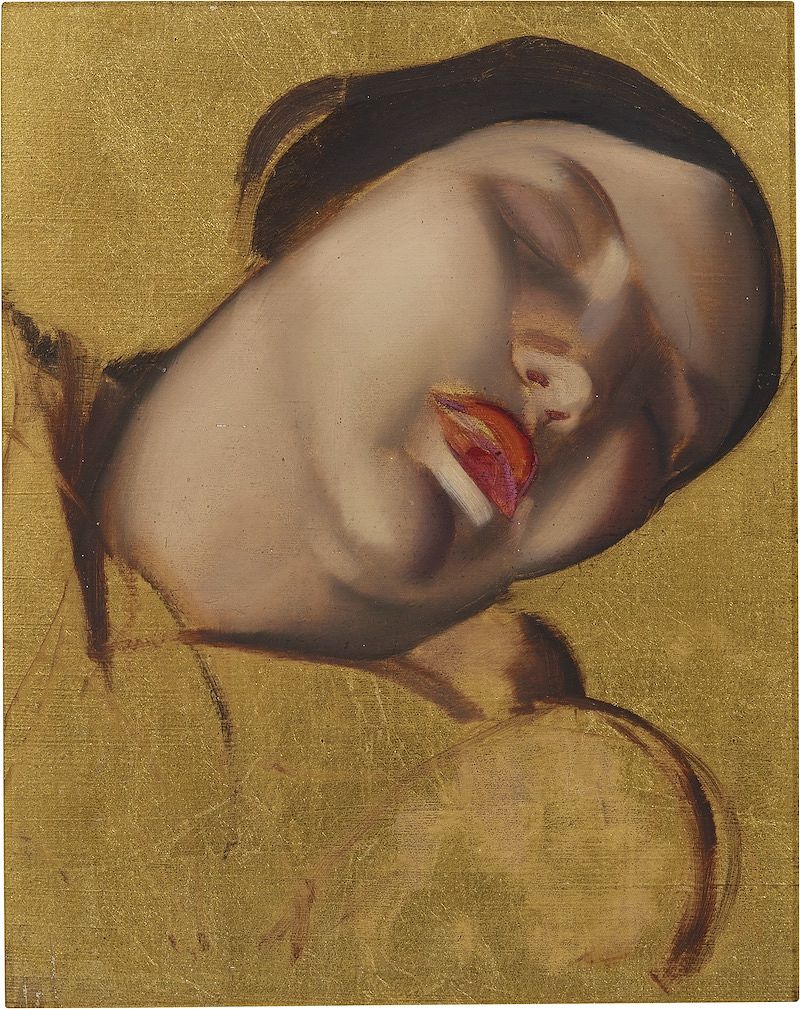 Five works, including two by Banksy, carried third party financial guarantees, assuring their sale prior to auction and benefitting those risk-takers with otherwise undisclosed fees. 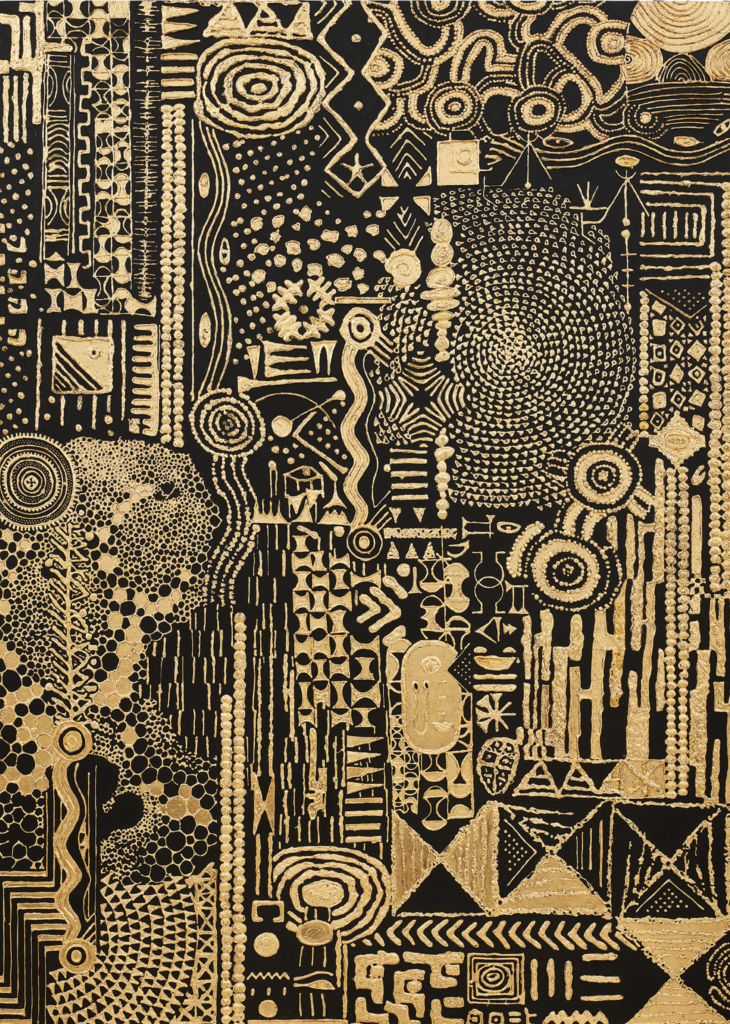 There was plenty of bidding action early on with younger artists newer to the secondary market stage exceeding expectations, including Lina Iris Viktor’s densely packed abstraction “Constellations III” from 2016 executed in 24 karat gold, acrylic and gouache on canvas and after a five minute long bidding battle brought an auction debut £195,300/$269,377 (est. £30-50,000) and Tunji Adeniyi-Jones’ figurative composition with reclining nudes, “Love Ritual” from 2019 that attracted at least four bidders, including one online bidder from Belgium, and shot to a record £151,200/$208,550 (est. £30-40,000). 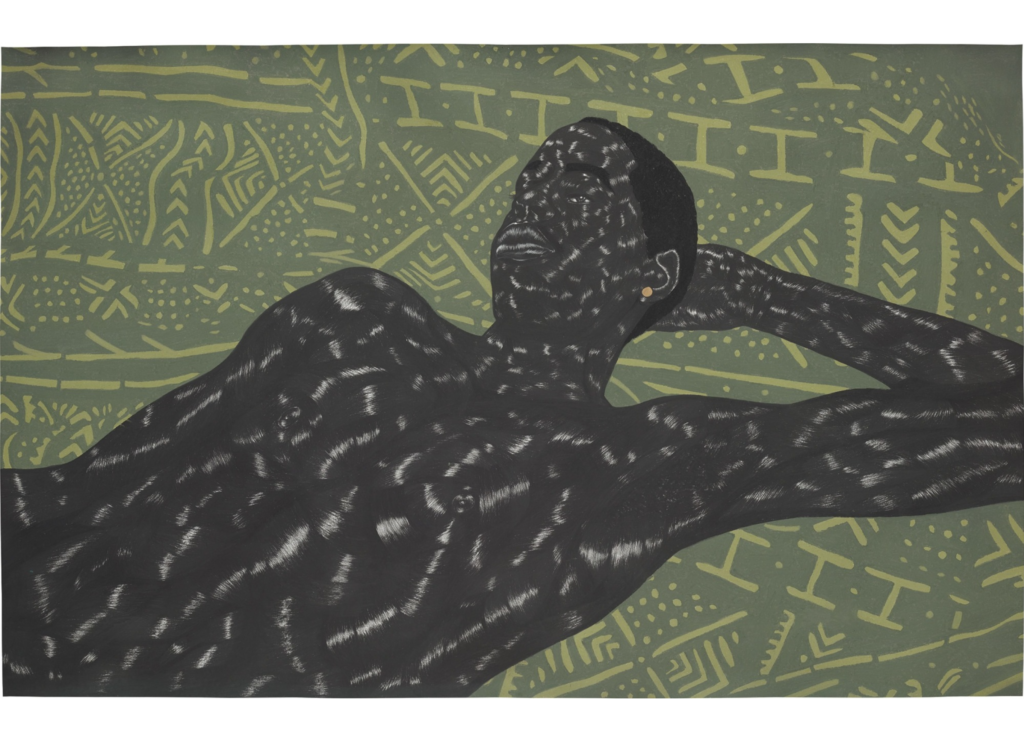 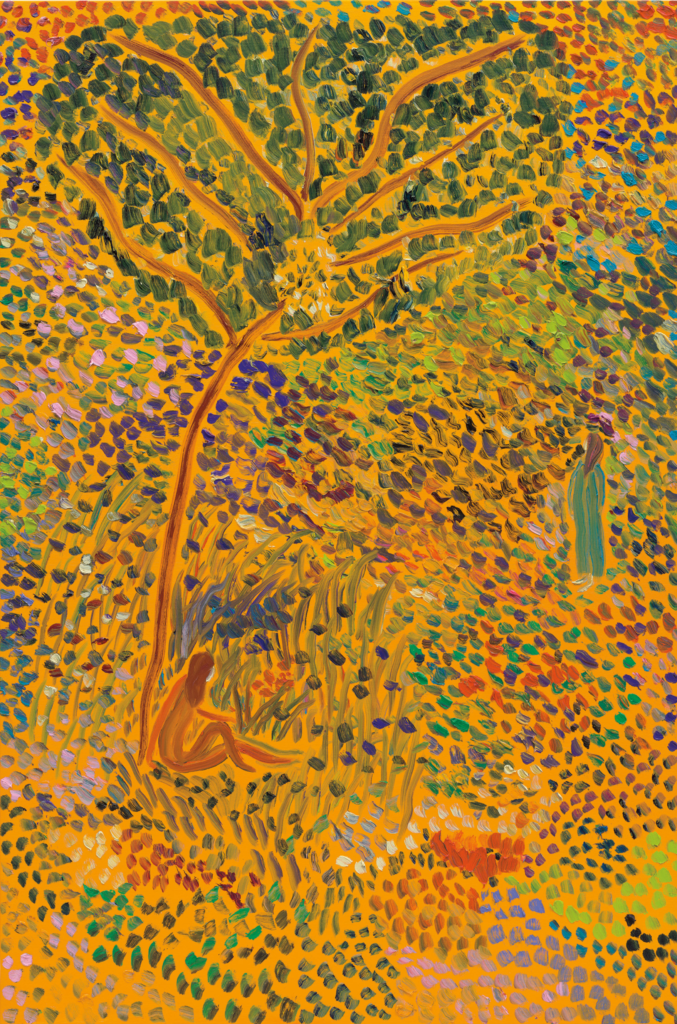 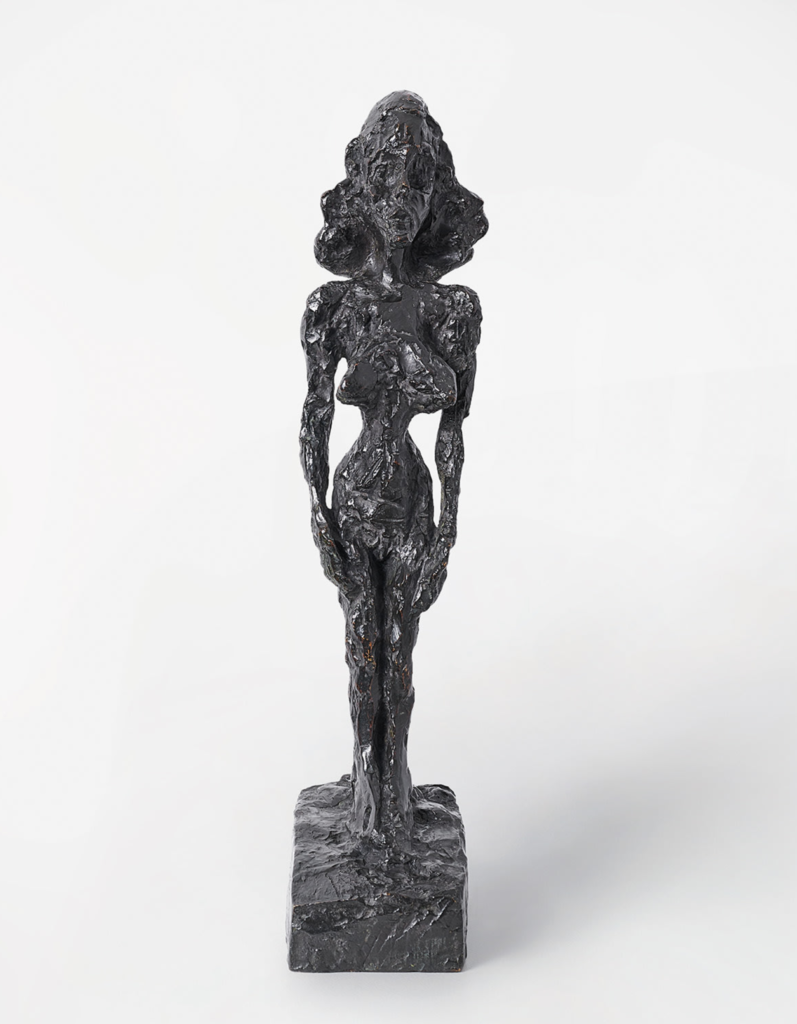 It made its auction debut about twenty years after its appearance in the huge Centre Pompidou’s Dubuffet retrospective. 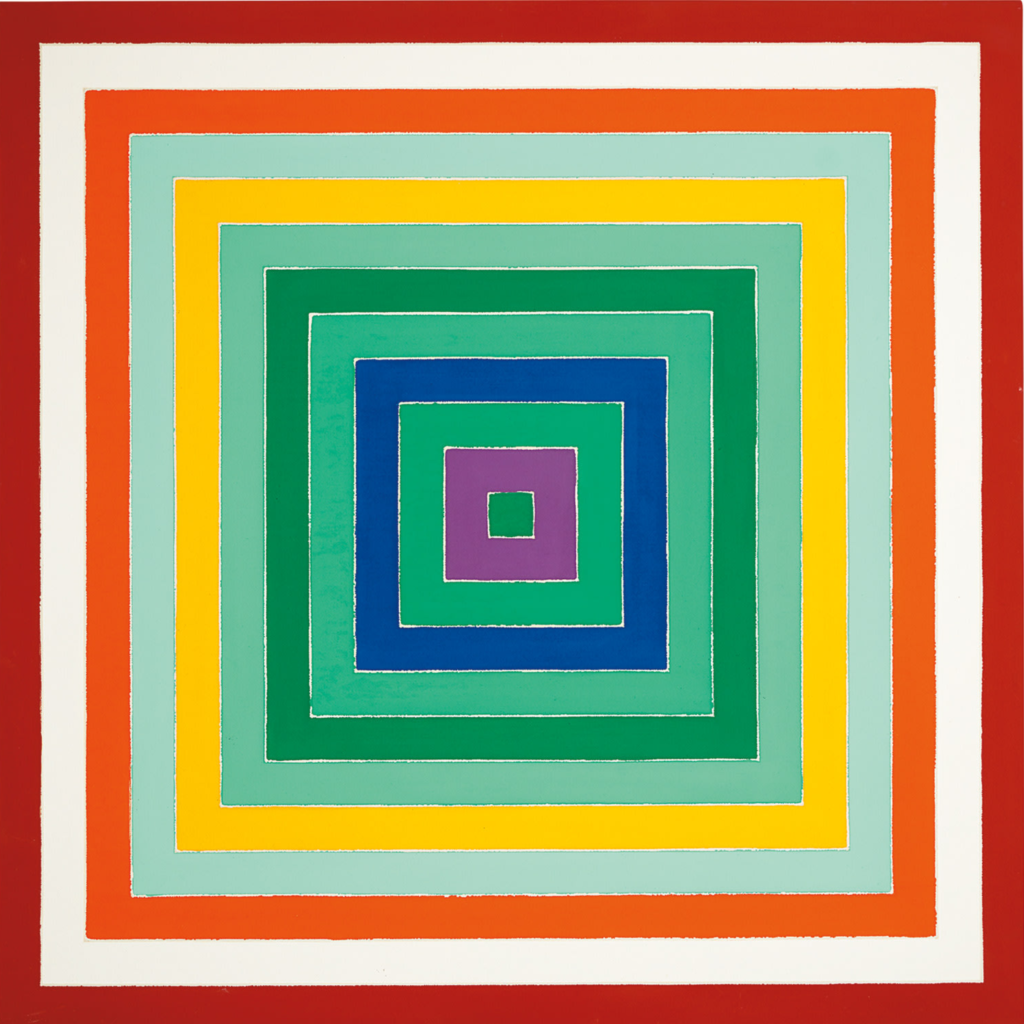 The seller acquired the painting from London’s Waddington Gallery in 1990 and it was last exhibited at London’s White Cube in 2006 in the appropriately titled group exhibition “Dark Matter.” 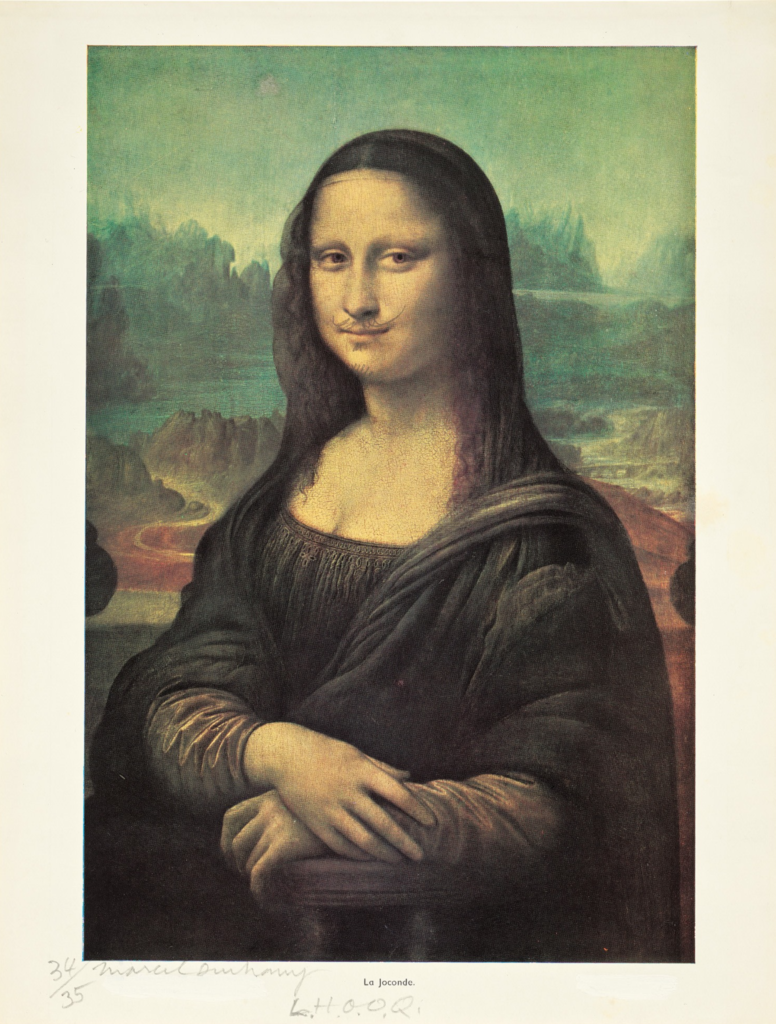 (The cheeky title alludes to a French saying when enunciated out loud, “She has a hot ass” or as Duchamp himself stated, “there is fire down below.”) 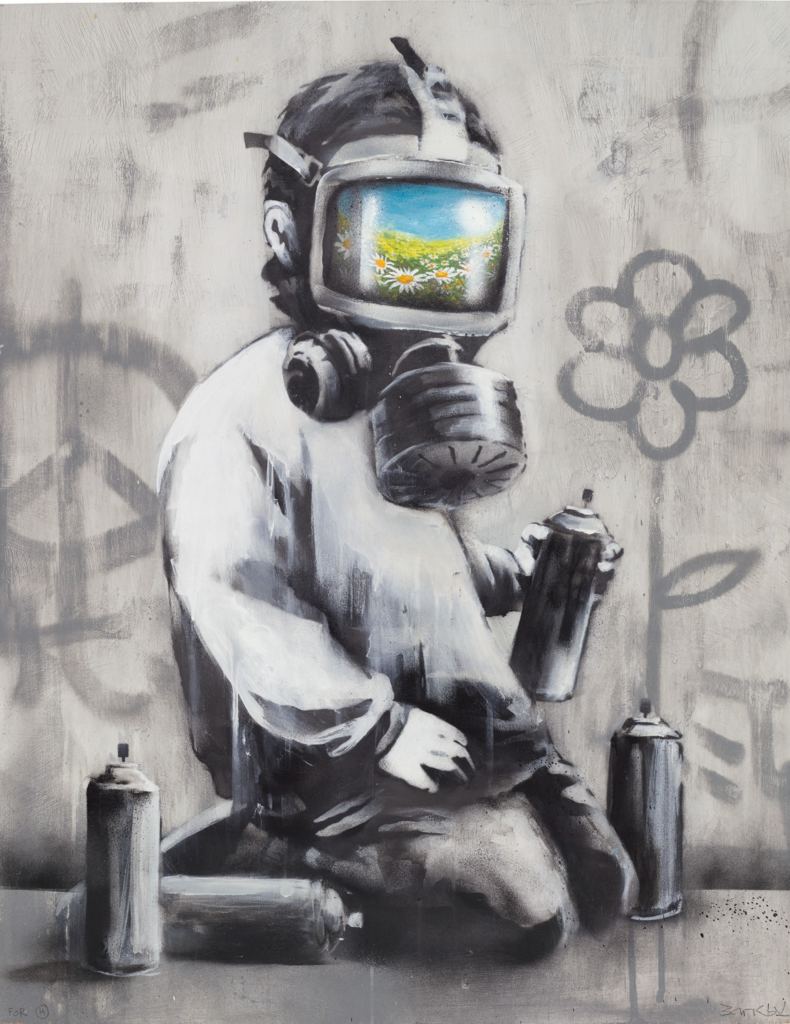 It ranks (according to Artnet) as the sixth highest Banksy at auction though still miles away from the record “Game Changer” from 2020 that sold last month at Christie’s London for a rousing and record £16.7/$23.1 million.

It also came to market with a third party guarantee.

In post-sale commentary aired via Zoom, Phillips’ ceo Edward Dolman spoke about the “evolution of our business” and confidently stated, “Live stream sales are absolutely here to stay.”