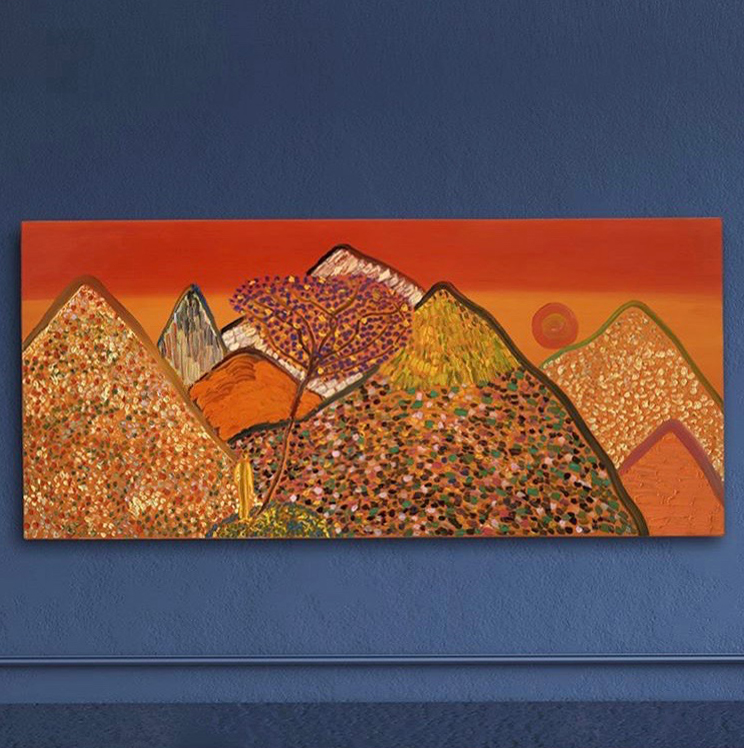 The densely patterned, abstracted landscape, comprised of outlined mountain shapes set against horizontal bands of color and pulsating with a kind of Pontillist energy, was the sixth work by Wong to appear at auction. All have sold since May of this year at prices ranging from $62,500 to $1.82 million and date from 2017 and 2018. 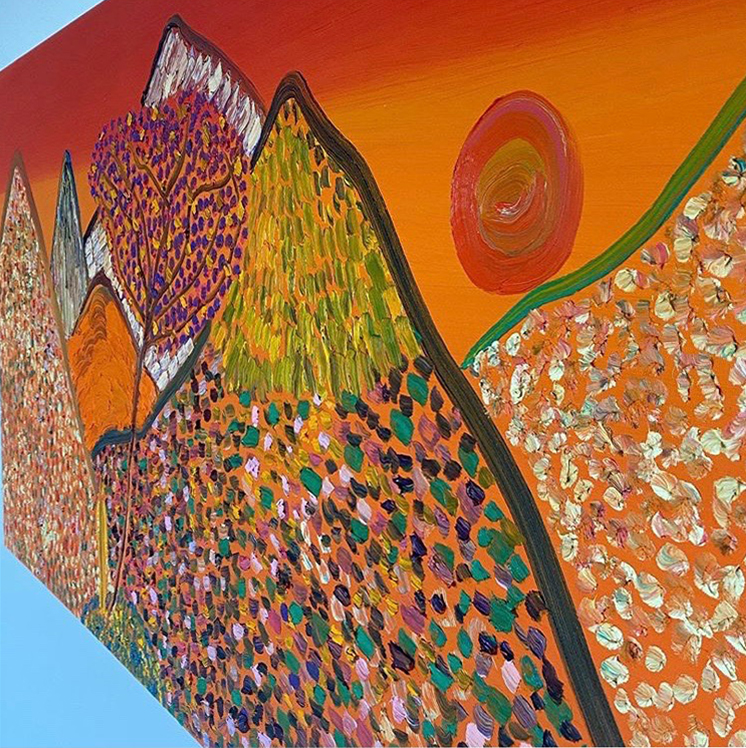 detail view of Far Away Eyes

Bloomberg reported it was sold by Allan Schwartzman, the art advisor and former Sotheby’s executive who co-founded Art Agency Partners with Amy Cappellazzo.

Art market pundit and serial blogger Kenny Schachter wrote in the August 21 issue of The Artnewspaper that Wong’s mercurial rise in prices was due to “morose opportunism.”

For those unfamiliar with the artist’s rocket ride to market fame, his obituary headline that appeared in the New York Times on October 21, 2019 said it all, “Matthew Wong, Painter on Cusp of Fame, Dies at 35.” 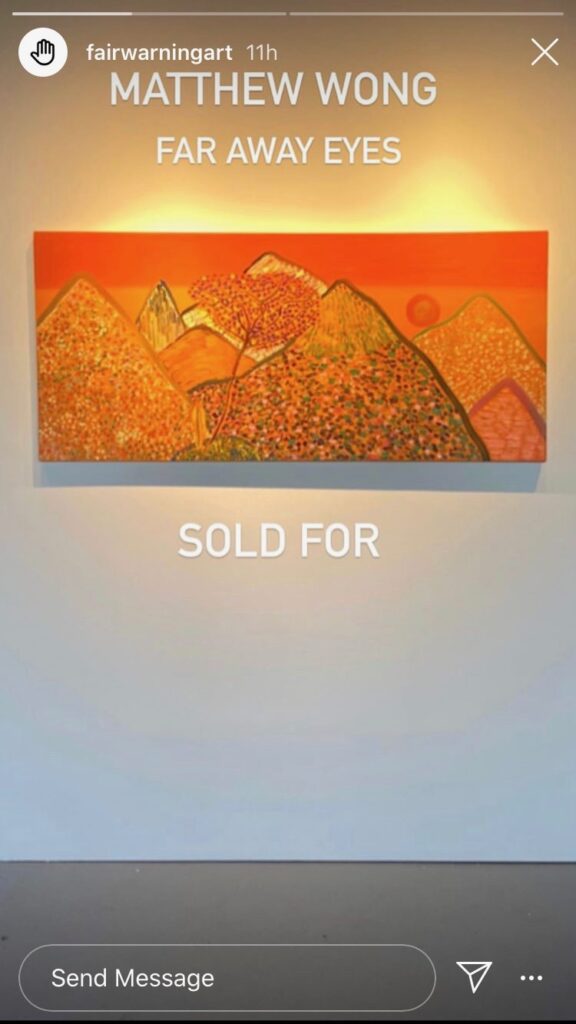 Not since Jean-Michel Basquiat’s death from a heroin overdose in August 1988 at age 27 has a posthumous market erupted in such fashion, in fact much faster, almost overnight for Wong compared to the years it took Basquiat’s to mature.

Wong, according to the obituary, suffered from Tourette’s Syndrome and depression as well as being on the autism spectrum, and at age 35, had only been painting for eight years. In that time he created some 1,000 paintings.

Writing about Wong’s solo show at the East Village situated Karma Gallery in 2018, his first in New York and that included “The Realm of Appearances,” critic Eric Sutphin described the artist as a “nouveau Nabi” and that the works, “…despite their ebullient palette, are frequently tinged with a melancholic yearning.”

Karma continues to represent the artist’s estate and staged “Blue,” Wong’s second solo that opened barely a month after his suicide and that also garnered rave reviews. The artist carefully planned the exhibition, including the exact placement of paintings, according to the gallery. 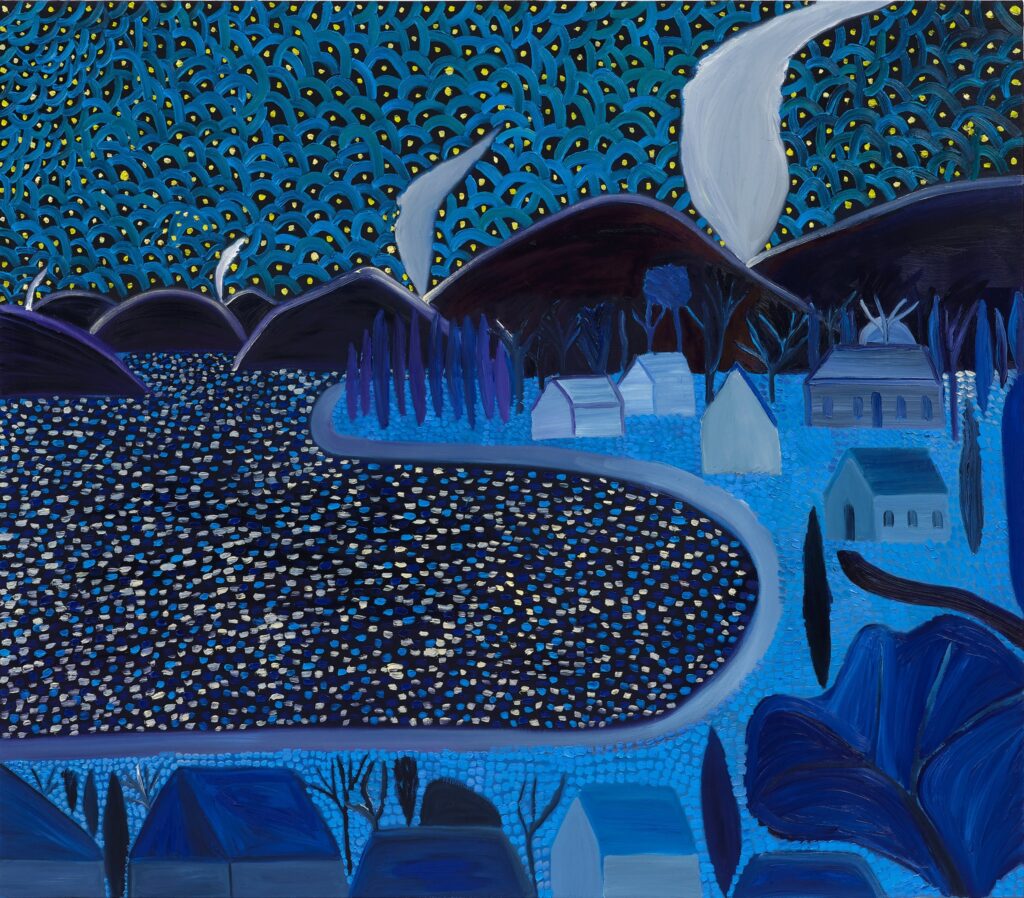 In Saltz’s Instagram post last week, the critic asked, “you all @ aren’t selling another one of his paintings are you !?!. Please please don’t. In your heart you know I’m right. Do the right thing this time. No??”

In an undated interview, Wong talked about his practice and quoted Robert Ryman, stating, “…just trying to see what the paint does.”

EDITOR’S NOTE: IN AN EARLIER VERSION A REFERENCE WAS MADE TO THREE EARLIER WORKS IDENTIFIED BY ARTNET’S DATA BASE AS WORKS BY MATTHEW WONG BUT THOSE ENTRIES ARE INCORRECT AND WERE PAINTED BY A MATTHEW WONG WHO WAS BORN IN 1948. ( NOT 1984)

JUDDTULLY.NET APOLOGIZES TO MONITA WONG WHO POINTED OUT THIS UNFORTUNATE ERROR.