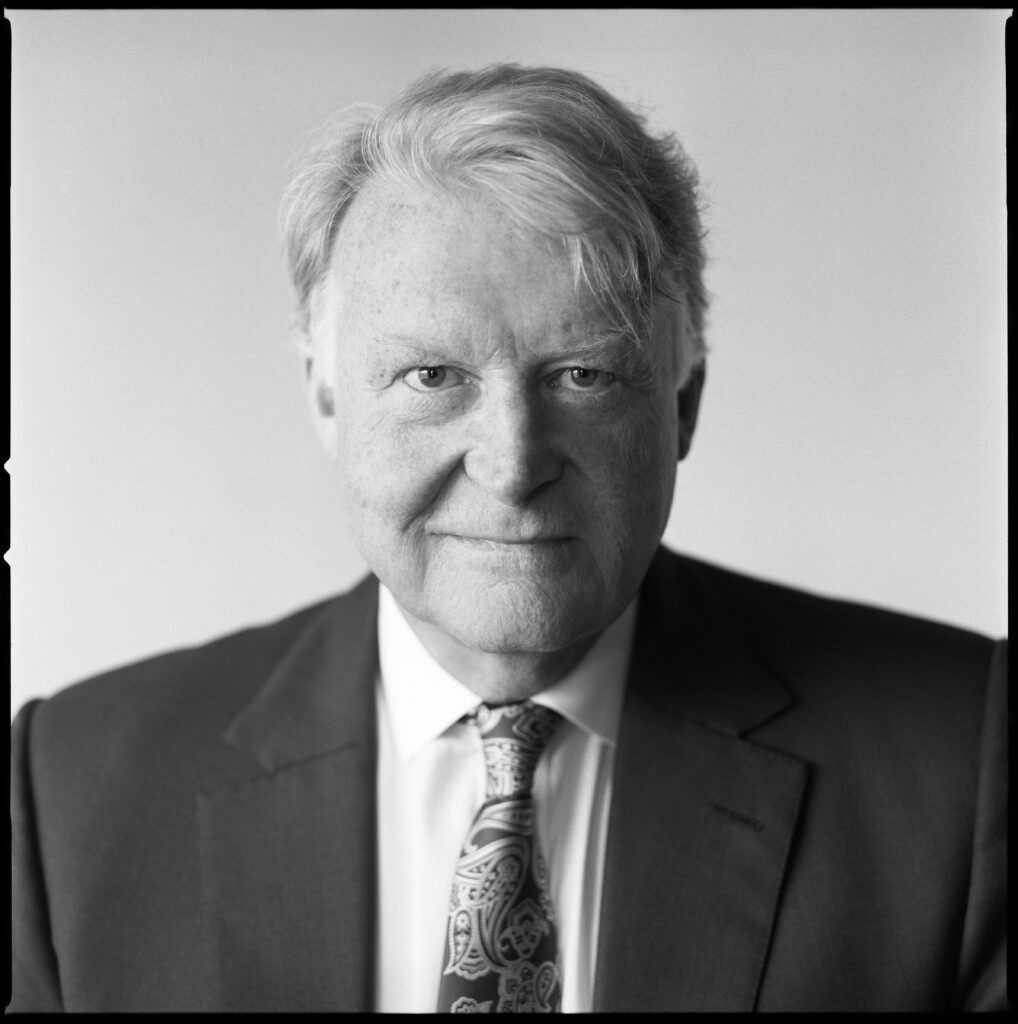 Ed Dolman, without doubt, the most seasoned and successful auction executive in the business, is stepping down from his high perch as CEO of Phillips and taking on a new role.

It felt timely to check in with the one time 18th century English furniture specialist who began his career at Christie’s South Kensington in London in 1984 to see how he frames the current, past and future ways of the auction world.

Dolman took charge at Christie’s as chief executive in December 1999 at age 39, following the abrupt departure of Christopher Davidge, who led the company for a decade and was the man who alerted the U.S Justice Department of the decades long collusion and price fixing between Christie’s and Sotheby’s, and with it, avoiding prosecution and gaining amnesty.

That post 9/11 case ultimately led to the conviction and jail term of Sotheby’s chairman, the late A. Alfred Taubman and a civil class action suit that cost the two firms a billion dollars in reparations to clients it had cheated.

Then widely viewed as “an out and out Christie’s man,” Dolman is a self-described “dyed in the wool auction person” and widely credited with resuscitating Christie’s past its scandal-dented misadventures and initiating the firm’s online bidding system.

Before he took the helm at Phillips, Dolman left the auction world and served as executive director at the Qatar Museums Authority, a richly endowed government agency building several museums in that country’s capital city of Doha

The interview took place on Zoom, with Dolman in London and Tully in New York.

JT: Was your decision to leave your role as CEO at Phillips and transition to your new position as executive chairman long in the making?

ED: I’d been thinking about it. I mean, I’ve almost done seven years as the CEO of Phillips, and come July it will be seven years. I’d always thought that, I don’t know, four to six years might have been what I would expect to do. And it really went out to seven and I realized that actually it was the right time to let somebody else really take up the day-to-day management of the business and bring some sort of new and different insight into it all.

JT: So the timing was right?

ED: It was a great time for me to segue out of doing the day-to-day stuff and actually just continue as a client facing person dealing with the owners of Phillips (The Mercury Group led by Leonid Friedland), working with the CEO (Stephen Brooks, Christie’s former CFO). I hope I’m going to work with the CEO in a very collaborative way and hoping to be a real asset and sounding board for him and then help the teams win business and deal with clients. I’m still very close to the shareholders of Phillips and will be giving advice as the business continues to grow, because in the time I’ve been at Phillips it has grown very significantly.

JT: Tell me about that growth.

ED: It’s not the same business that I joined back in July 2014 when the company’s overall sales were approximately $340 million. In 2019 that sum had jumped to $908 million).

It took a bit of a dip in 2020 so depending on where you take the beginning of the year, we’ve either doubled or tripled the sales in that timeframe. I think what’s striking about that is that from effectively 2014—still the high watermark for the art market–I there’s been little ups and downs, but broadly speaking, it’s been quite flat, so there hasn’t been a period of significant growth. I think Phillips has done well to increase its turnover in that environment.

JT: What led to that growth?

ED: Importantly, we opened an office in Asia, in Hong Kong (in 2015) and we started sales in Hong Kong that same year, which actually, sitting here now, you can’t imagine how an international auction house could possibly not have a major selling center in Hong Kong because for the first time last year, I think, contemporary art sales in Hong Kong—it’s always quite difficult to compare like for like—but London came second to Hong Kong. So that was a big moment, and it’s just going to continue, yeah, it is going to continue.

JT: Switching gears and I know it’s from another age, but when you entered into the auction business at Christie’s back in 1984, how would you characterize that time in terms of what the auction world was like?

ED: I mean the first thing to say is that it is a completely different business. It has gone through massive transformational change since then, and we’re talking about the mid-‘80’s in fact when Christie’s and Sotheby’s business then was tiny actually. We were running sales more or less as they always had been run since the 18th century. There were new things beginning that were called guarantees at the time, but frankly, they weren’t prevalent at all. 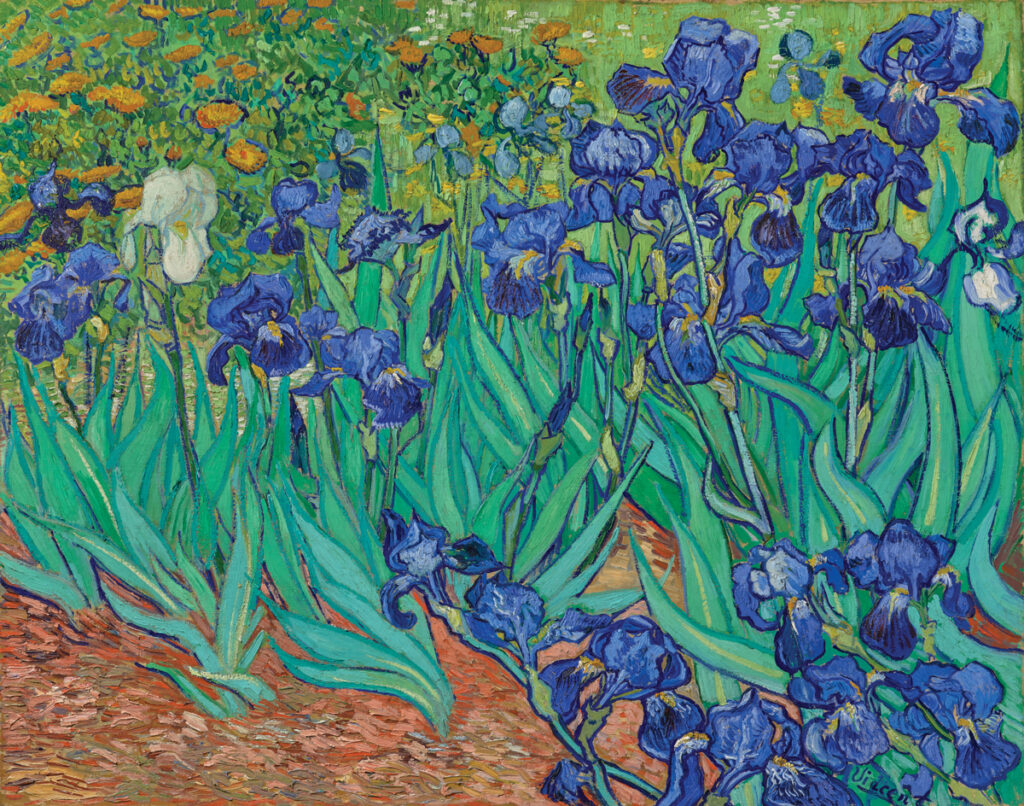 There wasn’t a buyer’s premium at South Kensington where I started at Christie’s and you just had a vendor’s commission.  Vendors commission is something we see rarely now.  It’s a figment of most people’s imagination.  But I think the biggest difference was we were selling to a relatively small community of very wealthy European and American clients, with the odd Australian magnate like Alan Bond.

(JT note: the infamous magnate who ‘bought’ van Gogh’s “Irises” at Sotheby’s for a record price of $59.3 million in 1987 but couldn’t pay for it and later wound up in prison for embezzling from his company.)

ED: Amazing! So it was European and U.S. clientele, very small in number whose families largely had been collecting for generations and collecting 18th or 19th century material. So it was a much smaller, cozier, less complex world. People used to send things in for auction, we didn’t even have to go and see them, they sent them right in. We send a signed receipt back then we would put them into the sale. It’s very different now. And so, it was actually a wonderful environment to learn true expertise, I have to say. There was a huge amount of really good knowledge on silver, furniture, Old Master pictures, et cetera, because it was such an important part of the business and the marketplace was very strong.

But the businesses were tiny! I think, looking back on it now, as the financial engineering around the sales got more sophisticated the amount of money that people began spending with us was so much more. And that coupled with two things really, the contemporary art, the growth in the importance of collectors of contemporary art, and then the globalization of that market. What started as essentially a relatively small group of buyers from Europe and the U.S., mostly out of New York, London and Paris frankly, just exploded this century.

And all the changes really started at the end of the ‘90’s with the opening up of Eastern Europe. The beginning of the buying from the Middle East, Sheikh Saud of Qatar (Saud bin Muhammed Al Thani) was really hitting his tracks then and bringing an entirely new way of buying with huge wealth into the market.

And then you saw the opening of the Chinese, the Mainland Chinese began to appear and all of that absolutely supercharged the amounts of money coming into the market. And slowly and surely, all that money started being channeled toward Post-War, contemporary art because it resonated with people from everywhere, whereas, an 18th century English chest of drawers isn’t very interesting to a young Hong Kong collector. The contemporary market was suddenly vibrant, and resonated with this global group of people. Supply was readily available and the market became something else and transformed at that point.

What we see today with massive multi-billion dollar turnovers out of auctions largely driven by post war art, you would never have dreamt about when I started. And you certainly wouldn’t have dreamt about the complexity of third party guarantees, the laying off of risk, the management of the balance sheet in order to allow you to put sales together. It’s a completely different world and it’s much more exciting, I have to say.

Mind you, with the development of Artnet and with it, the transparent pricing had a big impact on the market. Prior to that the auction houses had this massive inherent value of being the only people that really knew what market prices were for anything. The prices weren’t generally known. The dealers would obviously follow it closely, but would never share that information with anybody. And as auctioneers, we didn’t share with anybody. It was our important advantage. And with that price data base, it made the valuations of things much more transparent and which we initially saw as a threat but then realized it was a huge advantage because it brought many more people in because they trusted the market more and could understand it a bit better.

JT: Speaking of pricing, and with it, price-fixing, what was the impact of the huge anti-trust case and scandal with Christie’s and Sotheby’s that drew big headlines and at least one jail sentence in 2000?

ED: As soon as that happened, we realized that we really did have to reinvent the wheel and become much more professional, in the relationships we had with clients, the way we competed for business, and how prices were communicated. We had to become more professional, much more careful about making sure that we created as level a playing field for everybody as we can, and that these vested interests…the old days had to go.

And I think it was the right thing to do at the time because of course, our client base started changing dramatically at that point. And it was a good thing for us to drop that reliance on that clubby way of doing business, to become a little bit more professional, which allowed us to deal with new clients coming from Russia, the Middle East and China, in a way that attracted them to come to us and do business rather than actually acting as a brake and pushing them away as the old clubby world would have done before that.

JT: So just as the price-fixing ‘era’ brought big changes to the auction world, how has the pandemic changed or accelerated the way the houses do business and particularly Phillips?

ED: We realized that the new livestreaming of the sales, with these better production qualities and much more marketing around them brought in a huge community of people all over the world who were quite happy to transact like this. We effectively had a TV studio here in London that we were running our sales out of. Whether they were happening in New York, Geneva or Hong Kong, the actual auctioneer was always in London, so it became completely disconnected from the physical sale center. And actually, it seemed to improve the way our clients wanted to engage with us, and they realized how easy it was. So suddenly, the location of the sale became almost immaterial, what was important was making sure as any worldwide clients could tune in and bid. That’s a small example of why livestreaming is so important now and I think they’re definitely here to stay and we will continue to see that the principle engagement in these sales is through the livestreaming and not by people participating or attending the sale. It definitely works.

The principle thing now is the image, the video, the impact. And that’s such a million miles away from that obsession when I started out on the correct language to be applied to describe each individual work.

JT: What about common taste, has that changed as well in the global community of art buyers?

ED: Well, Banksy is an extraordinary phenomenon now but you would never have guessed he would be such a dominant player 15 or 20 years ago.