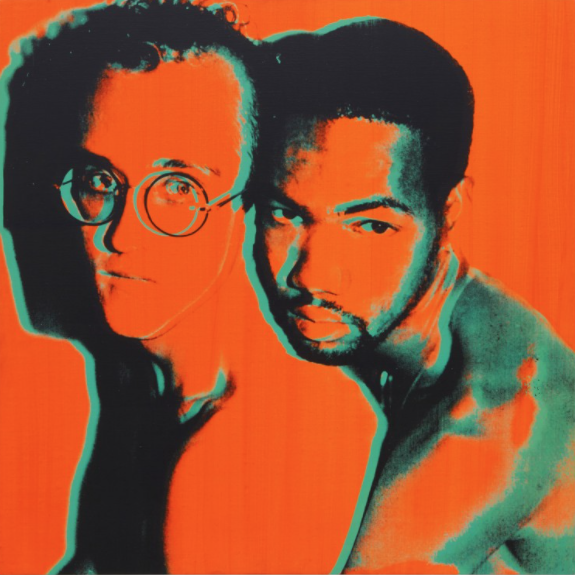 The week long online sale that closed on October 1st, “Dear Keith: Works from the Personal Collection of Keith Haring” as staged at Sotheby’s to benefit the New York based LGBTQ organization, The Center, was 100 percent sold for an estimate busting $4.6 million and in auction parlance, qualified as a White Glove sale.

Haring, who died of AIDS in 1990 at the age of 31, established his eponymous foundation and charity in 1989. The Sotheby’s auction represents the artist’s 144 lot art and ephemera collection that was built from the time he moved to New York in 1978 and met the likes of Jean-Michel Basquiat, Kenny Scharf, Andy Warhol, Jenny Holzer, Lady Pink and other denizens of the downtown art and club scene.

The lion’s share was acquired through art trades, skipping the usual route of galleries or auction houses. 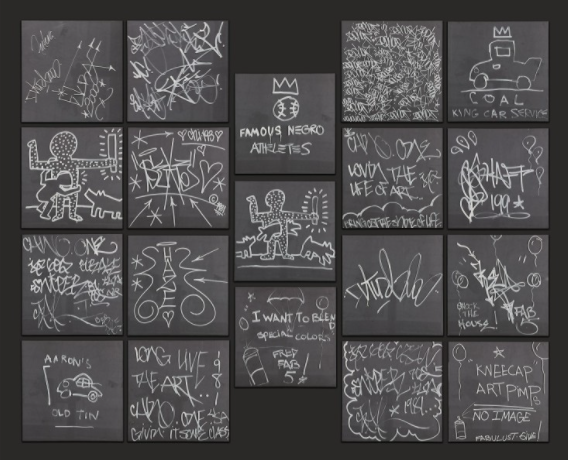 Each panel measured 16 by 16 inches and perhaps the most famous of the group was Basquiat’s sketch of his instantly recognizable crown symbol hovering over a baseball and titled Famous Negro Athletes.

There were 29 online bids chasing that prize, according to Sotheby’s. 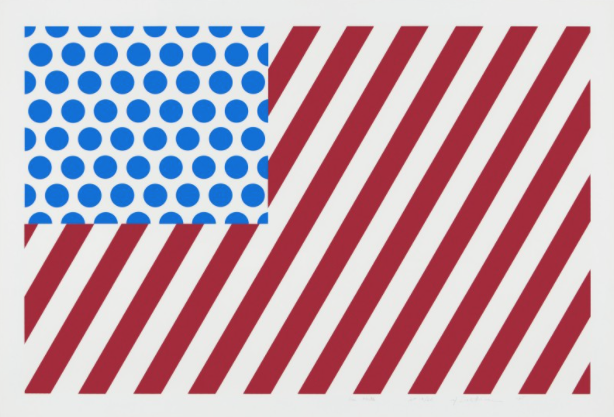 The Lichtenstein occupied pride of place and hung over the mantle of Haring’s La Guardia Place home. 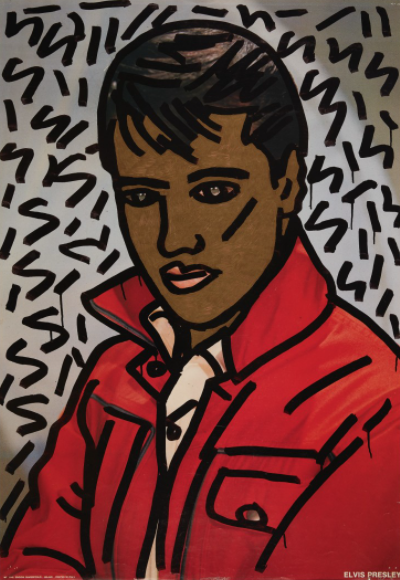 Haring’s own painting, “Untitled (Elvis)” from May 1981 and executed in ink and paint market on poster and featuring the legendary crooner- rocker in a red denim jacket with turned up collar and purposely unrealistic brown skin, shot to $239,400 after 29 bids (est. $30-50,000).

According to the online catalogue entry, the 1 ¾ by 54 inch tie was meant as a birthday gift for the nine-year old Lennon in 1989 (as in John & Yoko Lennon’s son), and Haring went to his birthday party on Taverne on the Green in Central Park along with Warhol who brought along several of the ties. He gave one to Haring who eventually signed his name and monogram on the frame, and retelling the episode. 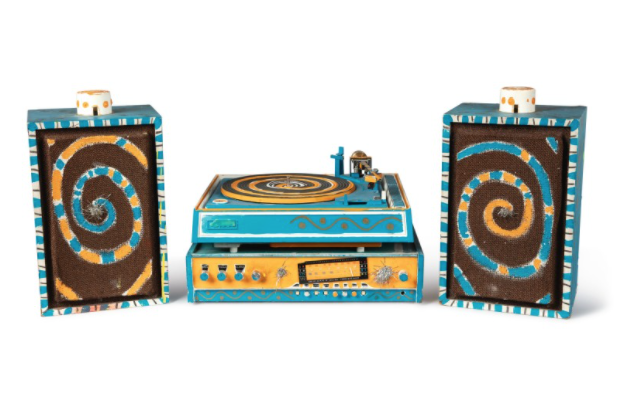 Obviously, or it seemed that way to me, estimates were kept conservatively low to egg on Haring fans and others, a formula that proved both smart and profitable. 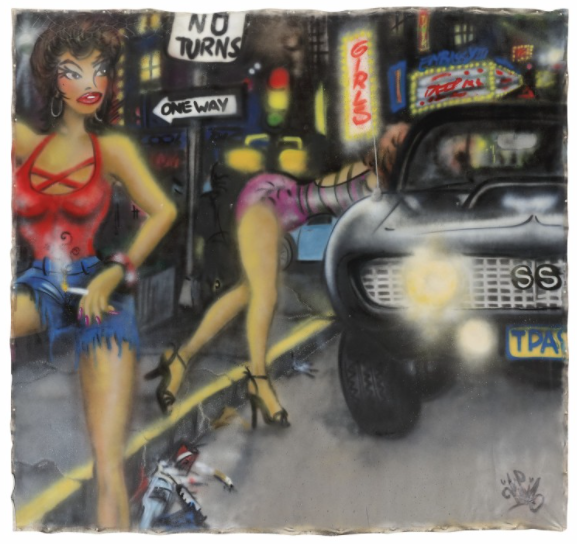 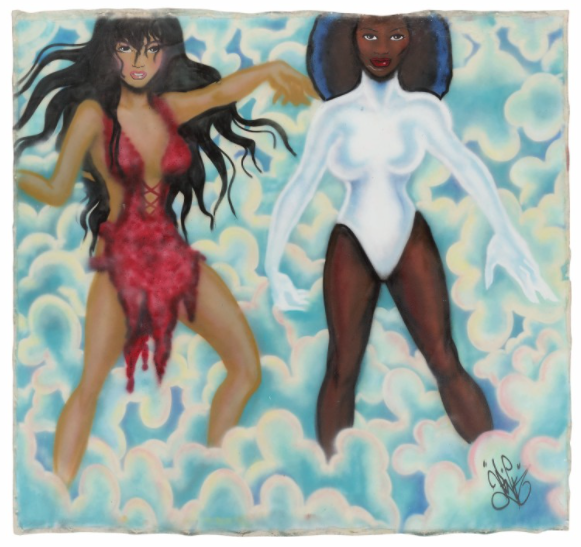 Lady Pink was one of the few downtown women artists that made it to the elite ranks of the graffiti stars of the era. 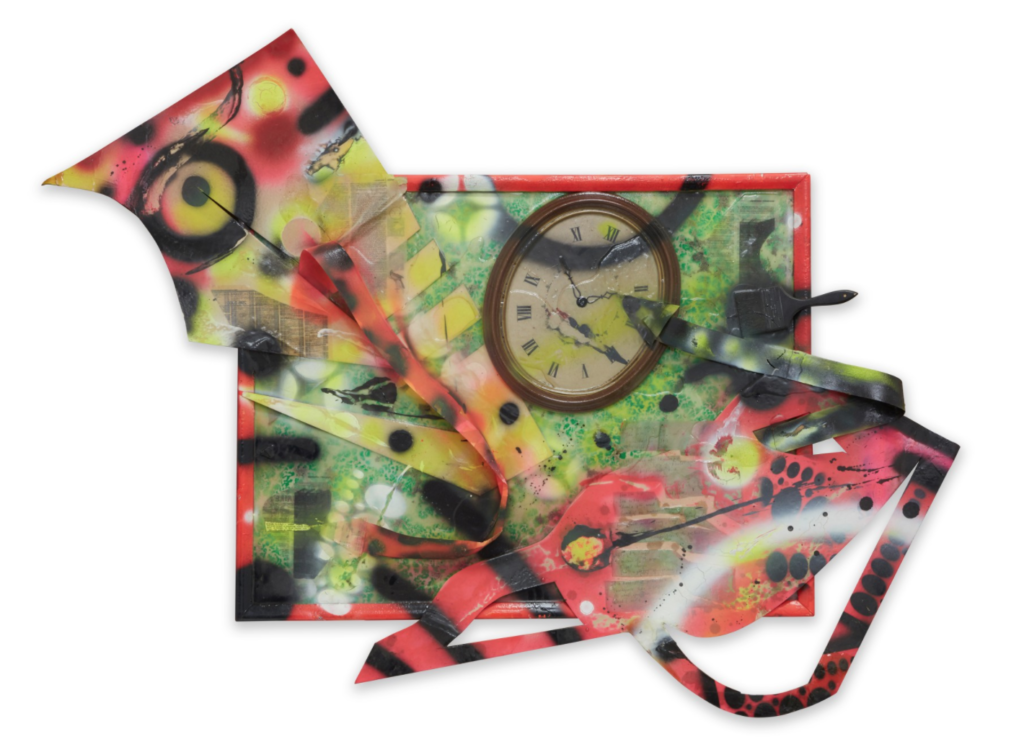 The work was exhibited at the downtown salon gallery of Barbara Braathan in 1988.

Of the photographs offered in “Dear Keith,” one of Tseng Kwong Chi’s superlative and surrealistic images, “Cape Canaveral, Florida” from 1985, and comprised of a self-portrait with the artist in his signature Mao suit and mirrored glasses, standing and shaking hands with a space suited astronaut and inscribed, “Happy Birthday Keith,” orbited at $17,640 (est. $5,000-7,000) after 52 bids.

Tseng died of AIDS the same year as his close friend Keith at age 39. 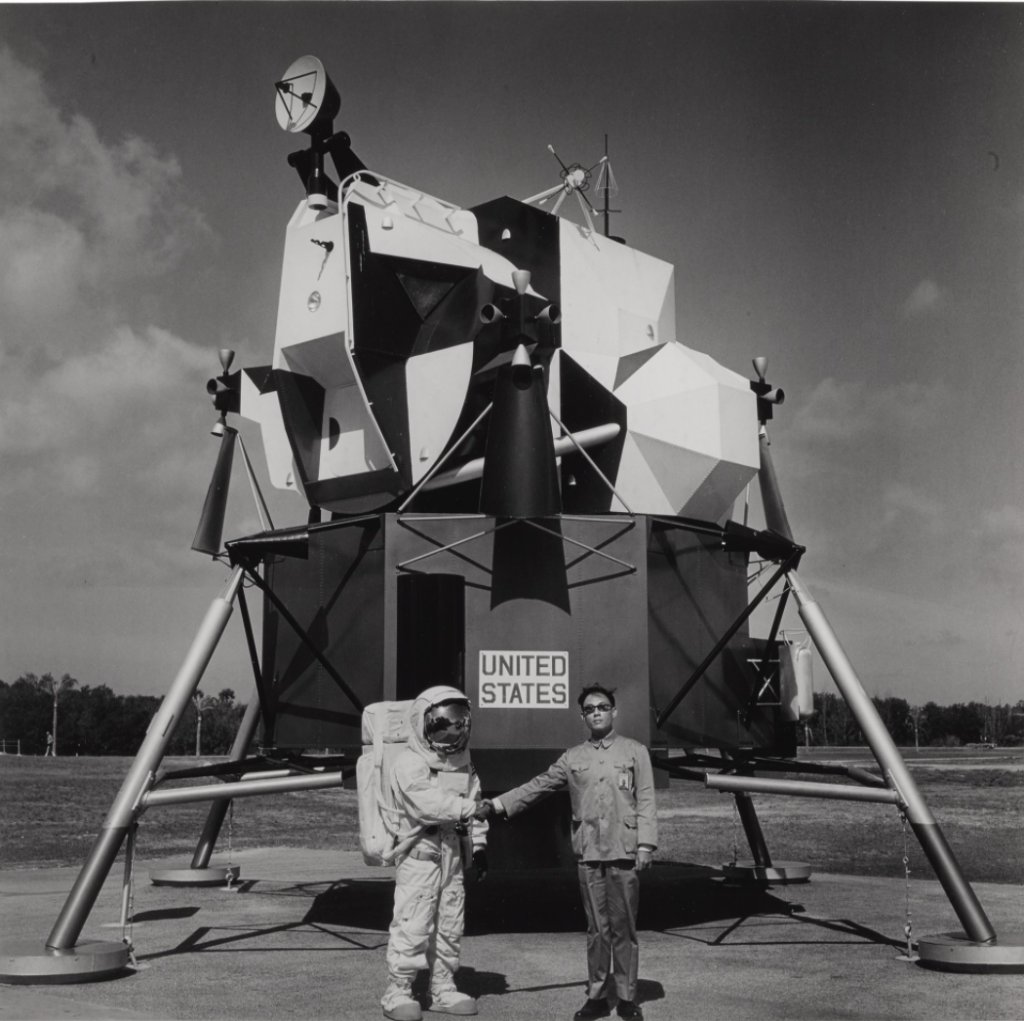