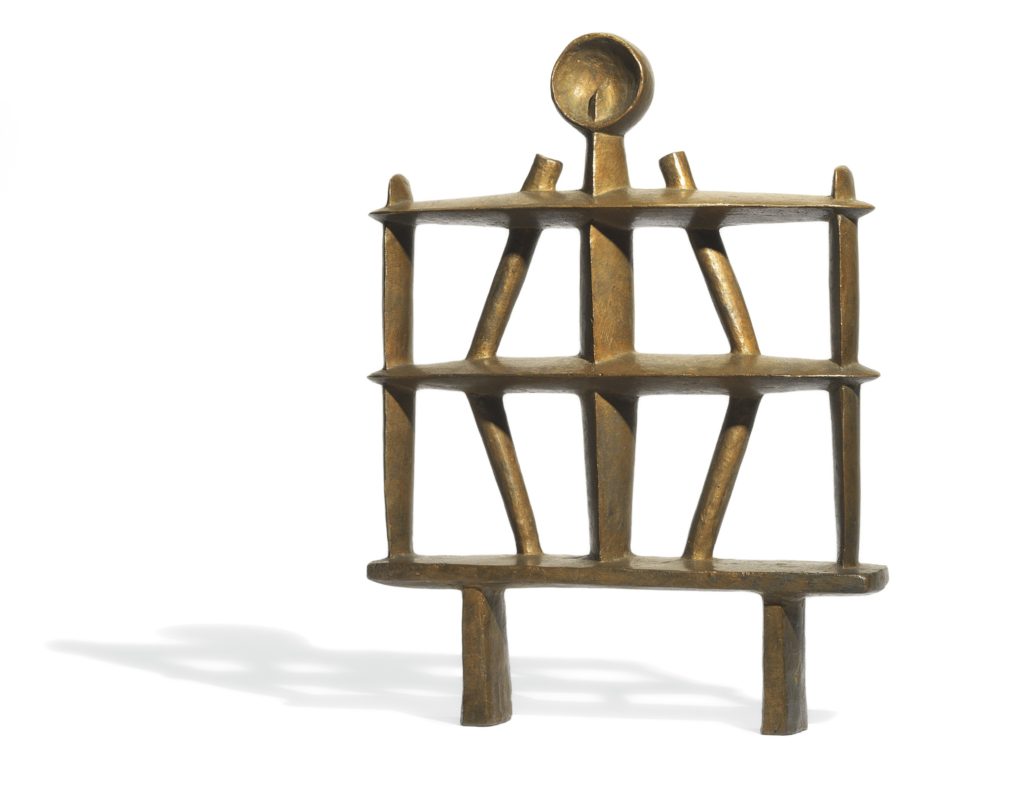 Back to back, tightly edited sales of contemporary and modern art, photography and design at Christie’s King Street salesroom in London on Tuesday evening served as a kind of kick-off for the big Frieze art fair week and paid off handsomely to the combined tune of £21.9/$29.1 million.

The separate catalogue “Masterpieces of Design & Photography” realized £7.45/$9.87 million with only five of the 35 lots offered failing to sell for a trim buy-in rate by lot of 14 percent.

That tally came close (after fees) to the high end of pre-sale expectations pegged at £5.3-8.1 million.

With barely an intermission, Christie’s curated and one-off “Up Close” auction, featuring 35 small scaled works by world class and assuredly blue chip artists brought £14.53/$19.25 million and registered a near perfect buy-in rate by lot of six percent for the 33 lots that sold.

As pointed out by Christie’s in a post-sale release, the sales totals reflect the hammer price plus buyer’s premium but do not reflect “costs, third-party financing fees or application of buyer’s or seller’s credits.”

That eye-brow arching proviso speaks volumes to the increasingly complex and opaque deal making that goes on behind the scenes at the major houses.

That said, the following highlights and bespoke descriptions convey a snapshot of the evening and a prelude to the week’s gauntlet of contemporary art sales.

Highlights from “Masterpieces of Design & Photography” 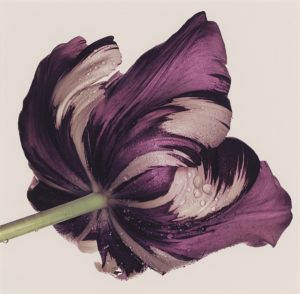 The work was part of a Vogue magazine commission from super-editor Diana Vreeland and led Penn to comment, “…a flower must be photographed at its moment of unblemished, nubile perfection.”

It is believed the flower was no ordinary entry but sourced from the Virginia private gardens of Mrs. Paul Mellon.

The image is part of an edition of sixteen and as the catalogue notes, another print resides in the collection of the Art Institute of Chicago.

The pulsating image was chosen by Gursky for the front cover catalogue of his 2001-02 retrospective at the Museum of Modern Art that was curated by Peter Galassi. 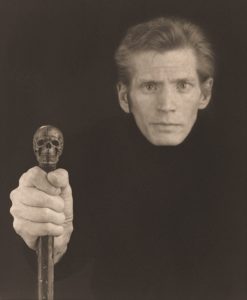 The impeccably staged composition, featuring the cropped view of the emaciated artist facing the viewer in a black turtleneck and gripping the shaft of his skull headed cane is also a searing portrait of that plague.

It is number three from an edition of three plus one artist’s proof.

The J. Paul Getty Museum and the Solomon R. Guggenheim Museum own the other two platinum prints. 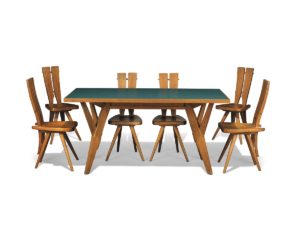 Mollino’s edgy and innovative style, with the chair back hardware and placement of the cinched vertical slats resembling in part the fantasy of a woman’s corset, places him at the pinnacle of Mid-century European design. 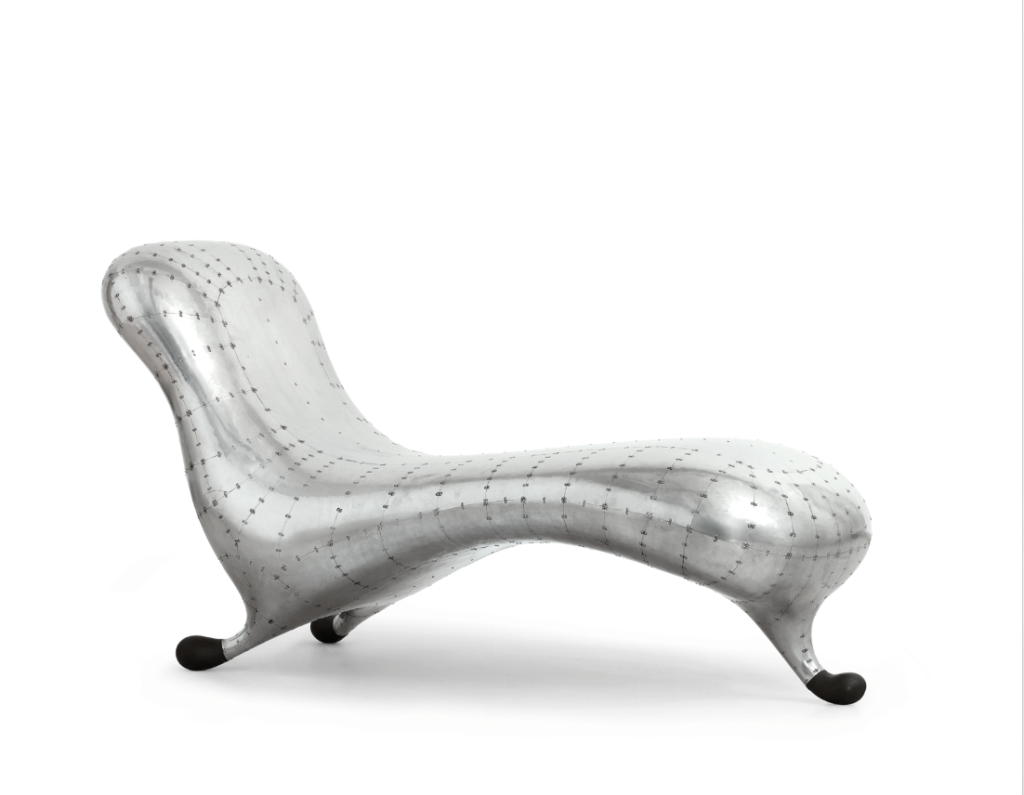 Inspired in part by the early days of pop-riveted airplane design, the streamlined chaise is the ultimate design trophy, with this example as number seven from an edition of ten plus four artist proofs (all with black feet).

The Lockheed Lounge also ranked at that time as the most expensive work at auction for a living designer.

Highlights from “Up Close”

The 15 ¾ inch high, Surrealist inspired, bronze bearing a lustrous, golden brown patina, and resembling in part an ancient Cycladic figure, hailed from the private collection of the late Spanish Post-War master Antoni Tapies who acquired it from London’s Waddington Gallery in 1993. 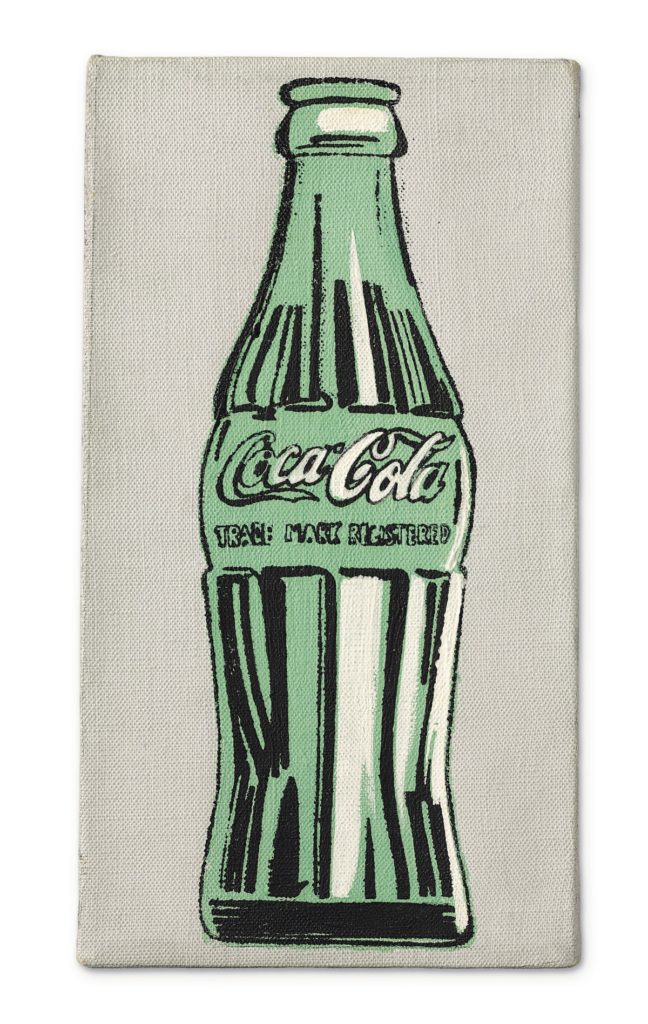 The Baerfaxt identified the buyer as London advisor Hugo Nathan of Beaumont Nathan.

“Yes, we did buy the Warhol coke bottle, for a private collector,” said Nathan in an e-mail.

“We absolutely loved it- An iconic Pop Art image, from a pivotal Pop date,” continued Nathan.

“The coke bottles are actually incredibly rare, and so much of this one was hand-painted. I also loved the small scale, as it is effectively life size! Basically everything you want in a Warhol, and at a clever price.This kind of museum calibre object at a sensible price is exactly the kind of opportunity that we like to find for our clients!”

Though stamped, not signed with Warhol’s signature and bearing the authentication inscription of Warhol’s longtime business manager, the late Frederick Hughes, the cover lot painting is listed in Volume 01 of the ongoing Andy Warhol Catalogue Raisonne project.

The footnote in that listing pointed to the vintage stretcher of the painting stamped “The Little Gallery” and the unusual nature of the painting in that Warhol made a blue ballpoint outline under the paint layer that was unique in his Coca-Cola bottle series.

The work has never appeared at auction and the seller acquired it from the Michael Kohn Gallery in Los Angeles back in 1988.

It was first owned by the early Warhol champion, the late art dealer Martin Blinder.

There’s no telling what it would have made if Warhol signed this significant little work. 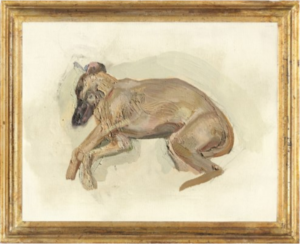 The portrait depicts the artist’s beloved whippet, so named Pluto, peacefully napping when she was a puppy.

The provenance was listed in the catalogue as “a gift from the artist to the present owner.”

It turned out to be quite a generous present.