Skip to contentSkip to content
Blog
Christie’s Pulls in $61 million in back to back Live-Streamed Auctions
March 3, 2021 by Judd Tully

Powered in part by a ravishing Vincent van Gogh portrait on paper and a Sir Winston Churchill Moroccan cityscape, Christie’s modestly scaled, back to back live-streamed sales from New York and London on March 1 tallied $61.1/£43.7 million. 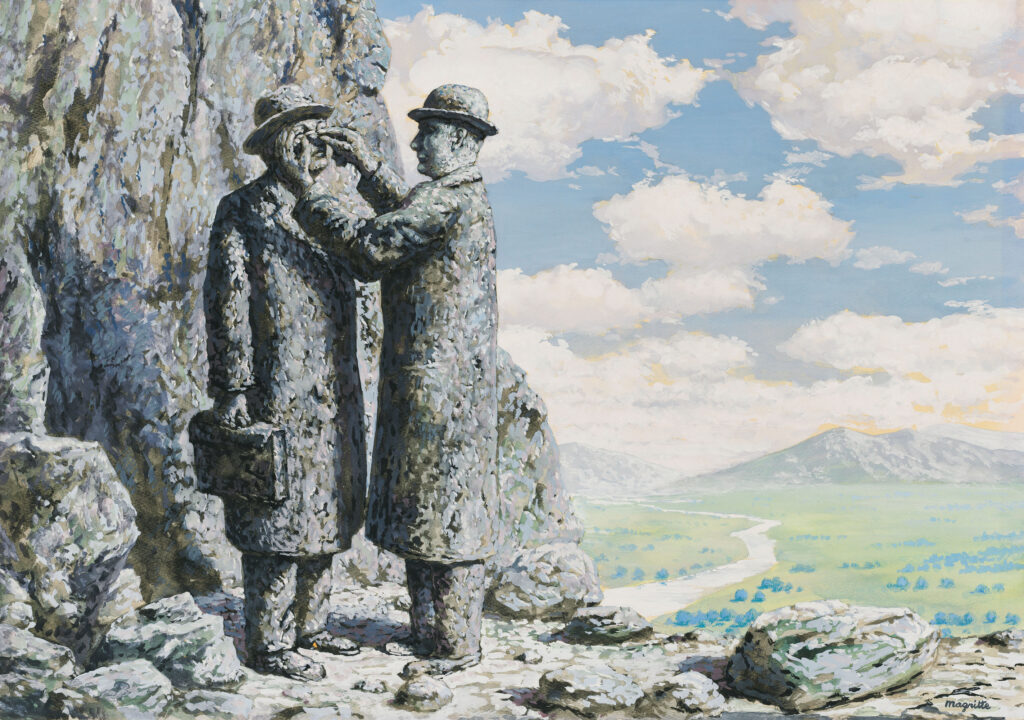 The bounty, collected by the storied London dealer Thomas Gibson and sold as a single owner trove, ranged from a stunning Rene Magritte gouache on paper, “Journal intime” from circa 1954 and comprised of two male figures, presumably petrified in stone poised on a rocky outcropping that brought $3.75 million (est. $2.5-3.5 million) to a twilight timed Georges Seurat landscape, “La voile blanche” in conte crayon on paper from 1890 that realized an estimate busting $4,590,000 (est. $2.5-3.5 million). 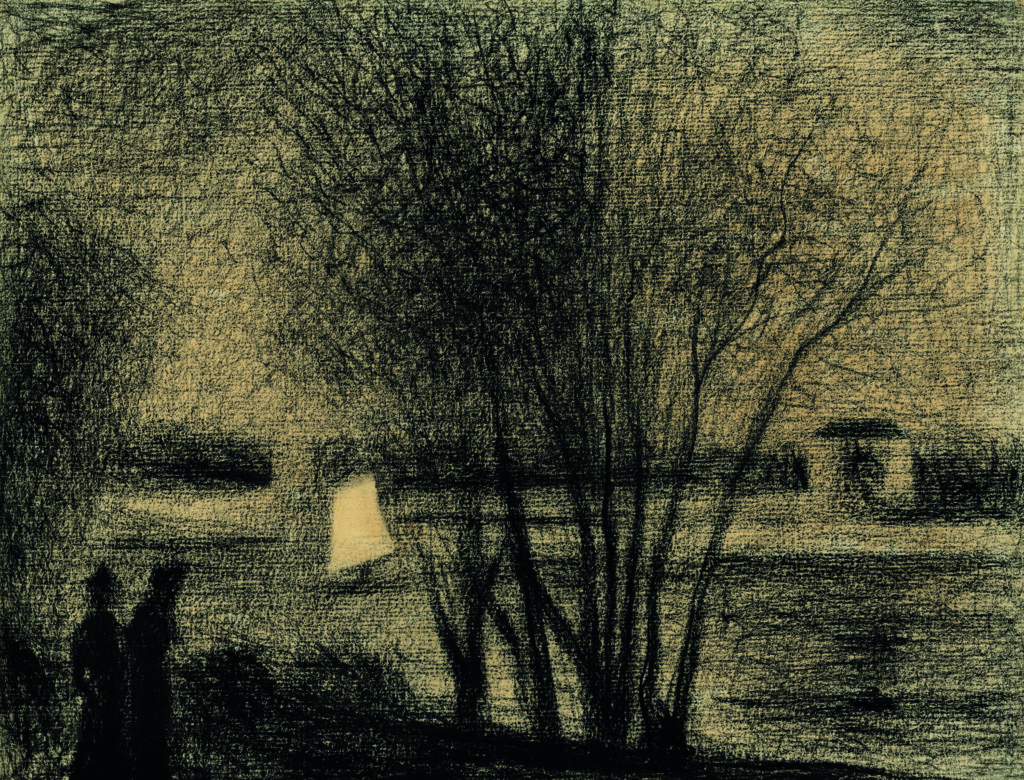 The otherwise unidentified family collection peeled off a range of blue chip styles and time periods, with Henry Moore’s storied wartime study, “Two Sleepers in the Underground (recto); Figures and Sketches of sculpture (verso)” executed in 1941 literally underground in London, comprised of a textured mixture of colored crayon, wax crayon, watercolor, pen and ink and wash on paper that sold for $3,150,000 (est. $1.5-2.5 million) and Lucian Freud’s unmistakable yet austere “Self-Portrait” from 1974, executed in gouache, water color and pencil on paper and acquired by the family three months after it was completed, made $2,190,000 (est. $1.8-2.5 million). 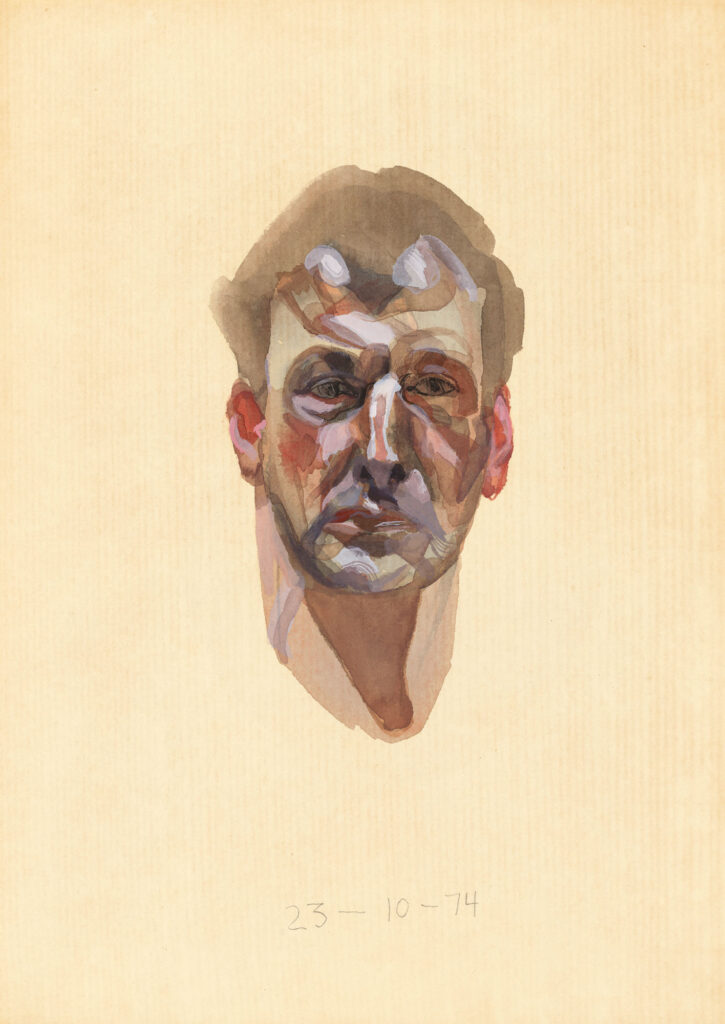 (The Freud was recently exhibited in London at The Royal Academy’s “Lucian Freud: The Self-portraits.”)

But the star offering went to the stunning, widely exhibited and researched van Gogh portrait, “La Mousme”, capturing the youthful beauty of a Provencal girl during that last summer in Arles in 1888 and executed in reed pen and brown ink over pencil.

It ranks as the second most expensive van Gogh work on paper, topped only by the much larger “La Moisson en Provence” from 1888 that fetched £8.8/$14.6 million at Sotheby’s London in June 1997.

An oil on canvas version of “La Mousme,” with the colorfully costumed model seated and holding a branch of oleander in her hand, resides at the National Gallery of Art in Washington, D.C.

The drawing was acquired by Kurt M. Hirschland in the late 1920’s and later stolen by the Nazis during their occupation of the Netherlands. It was restituted back to the family in 1956 and acquired by Gibson in 1983. 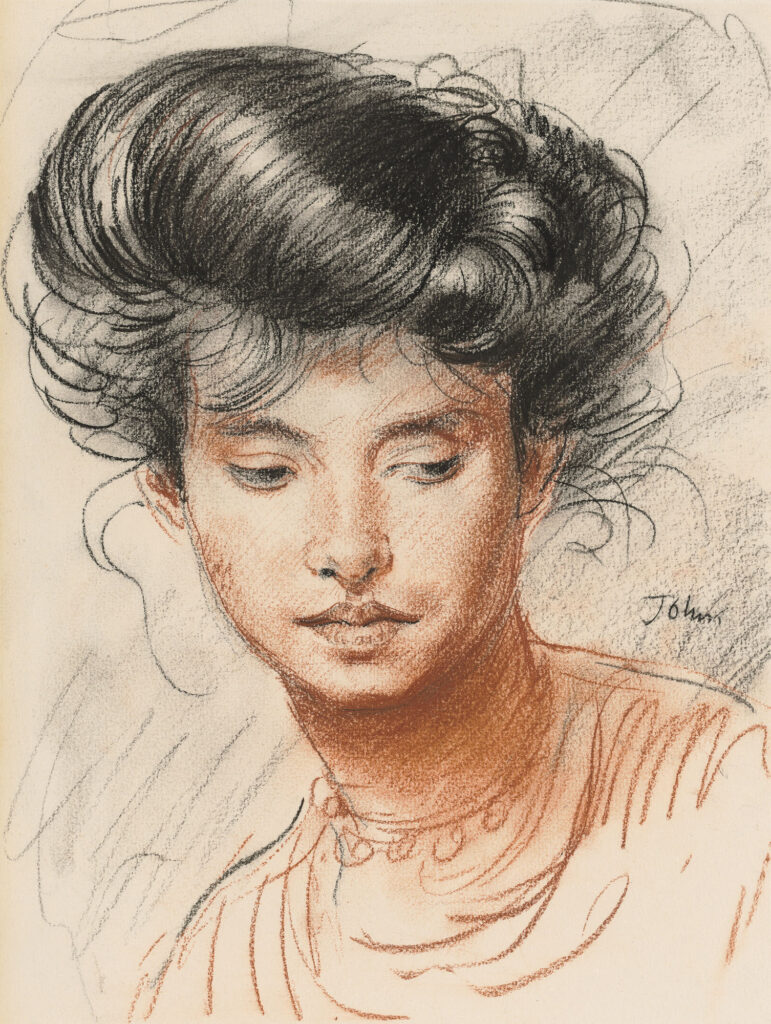 Of the lesser known entries, Augustus Edwin John’s glamorous depiction, “Head of a Girl (Edie McNeill)” from 1906 in red and black chalk on paper, capturing the striking looks of the younger sister of the artist’s muse and mistress Dorelia, raced to a record $487,500 (est. $200-300,000.)

After a brief pause and change in auctioneers and gavels from co-chairman Adrien Meyer in New York to Christie’s Global president Jussi Pylkkanen in London for the second stage Modern British Art sale that delivered a robust £25,201,000/$35,858,818 for the 33 lots that sold. 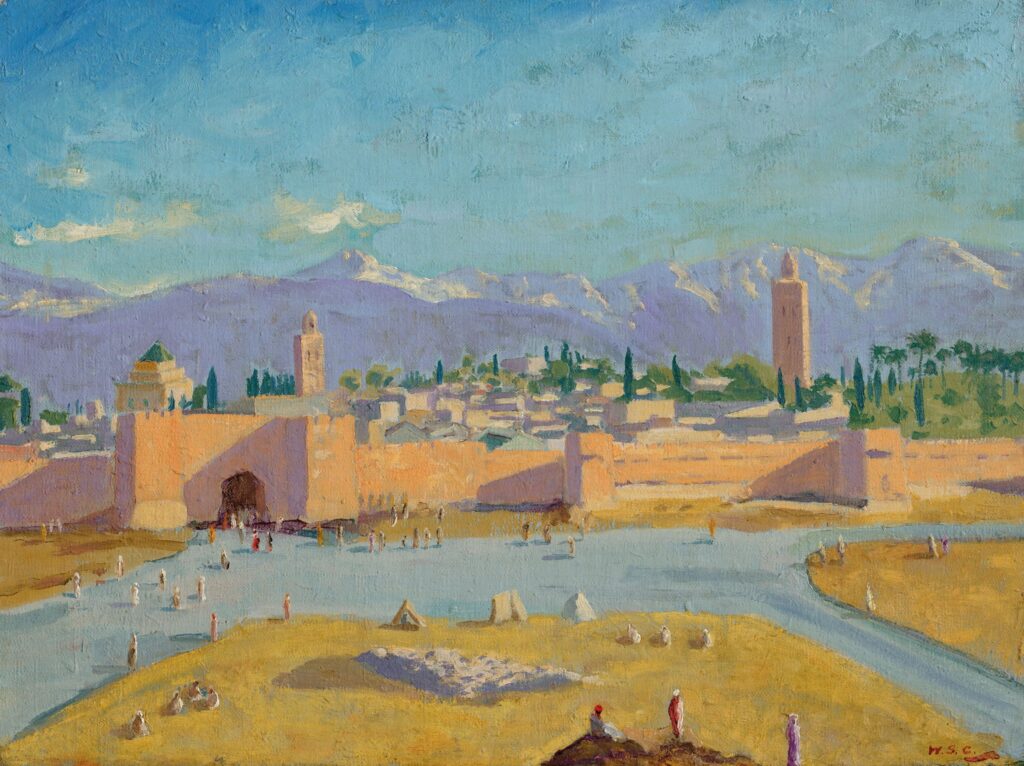 The wide-angled, light brilliant view of the famed mosque in Marrakech with the snow-capped Atlas Mountains in the background, all of it captured on the 18 by 24 inch canvas sparked a nine-minute bidding contest amongst ten bidders (according to Christie’s) and easily vanquished the previous mark of £1,762,500/$2,758,216 set by “The Gold fish pool at Chartwell” at Sotheby’s London in December 2014.

The present work, the only painting Churchill made during World War II, was sold by the Jolie Family collection, as in the Hollywood super-star Angelina Jolie, whose former husband Brad Pitt acquired the painting in 2011 from M.S. Rau Antiques in New Orleans bearing an asking price of $2.95 million.

Sir Winston originally gifted the work to President Franklin D. Roosevelt in 1943 after the duo visited Marrakech on the heels of an Allied powers summit meeting in Casablanca and then went by descent to FDR’s son Elliot Roosevelt. Two other owners came between Roosevelt and Jolie.

A second Churchill oil, “Scene at Marrakech” from circa 1935, also signed with his initials W.S.C., shot to £1,882,500 (est. £300-500,000) and like its more expensive ‘brother’ had been gifted by the artist to Field Marshall Viscount Montgomery, a heroic British military figure from World War II. 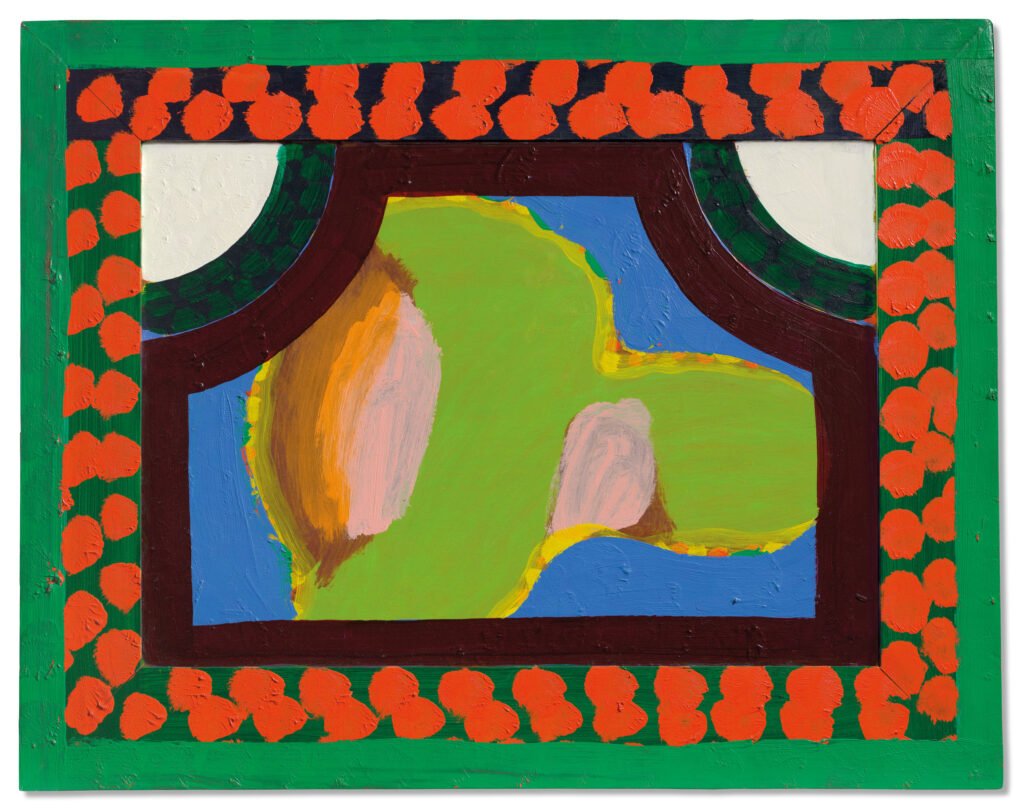 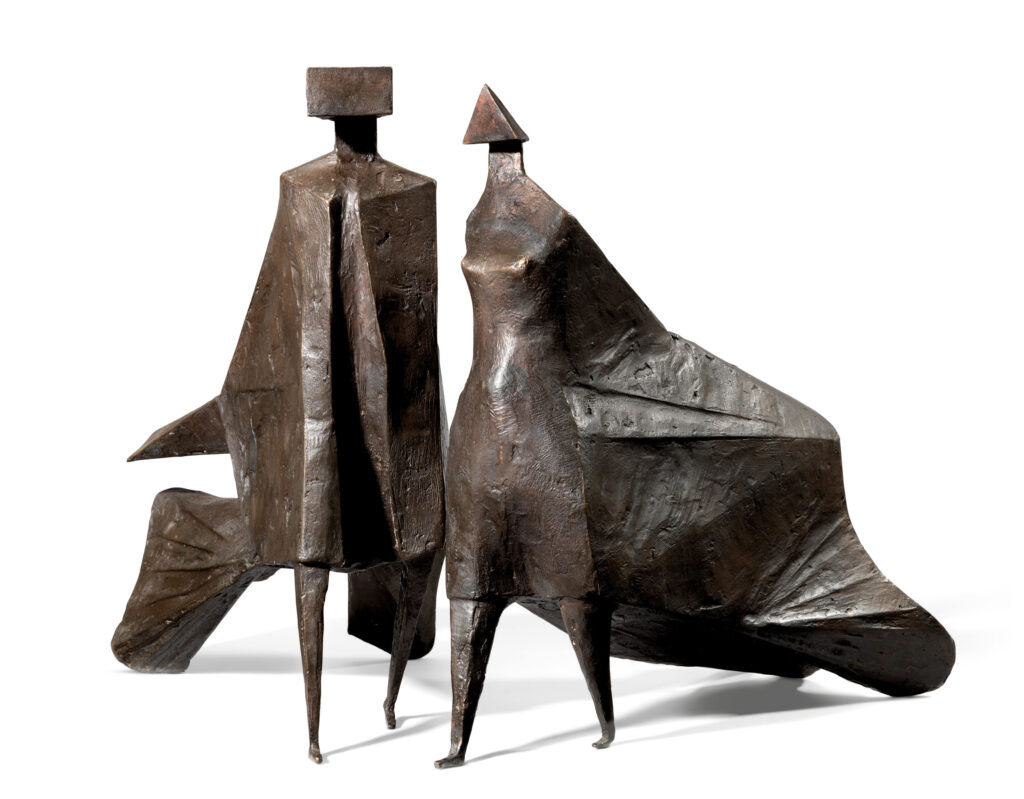 The monumental version, a 65 inches high bronze cast, reside in museums ranging
from the Tate to the Hirshhorn and ranks among the most famous of Moore’s bronzes. 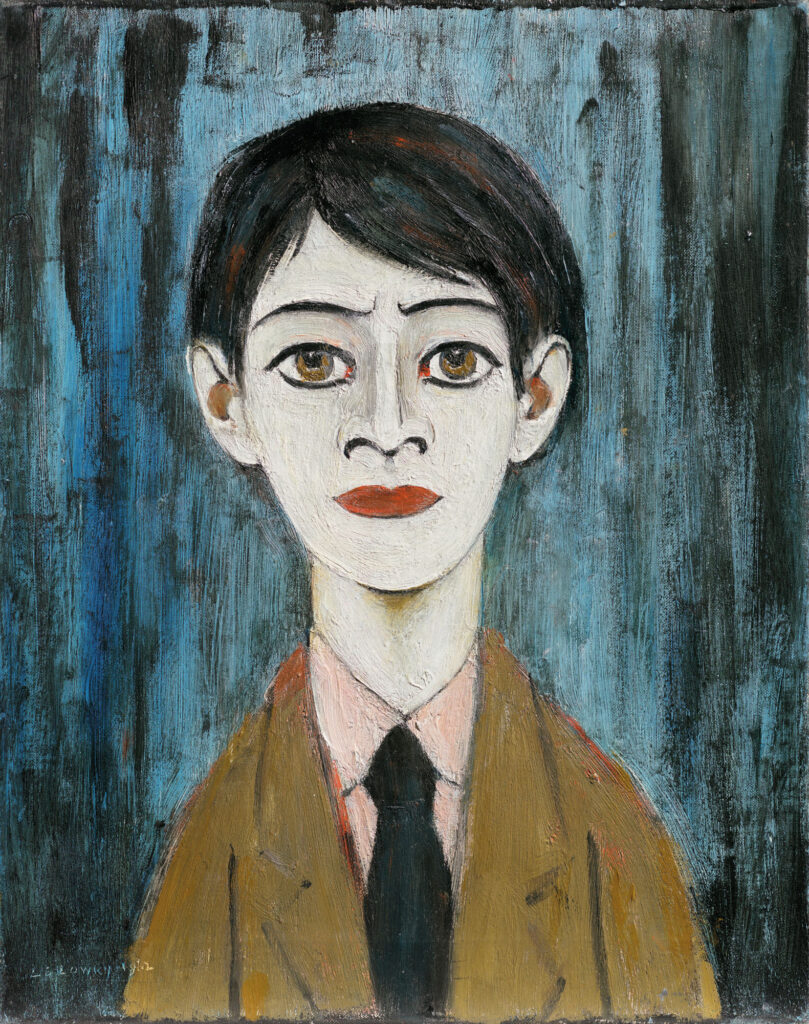 Easel scaled works also elicited strong prices as evidenced by a trove of figurative works from the estates of artist L.S. Lowry and Carol Ann Lowry, including Lowry’s doe eyed “Head of a Boy” from 1962, a 20 by 16 inch portrayal of a seemingly desolate though smartly dressed figure that made £742,500 (est. £300-500,000).

Critics have alluded to the likeness of the boy to Lowry’s own features and demeanor. 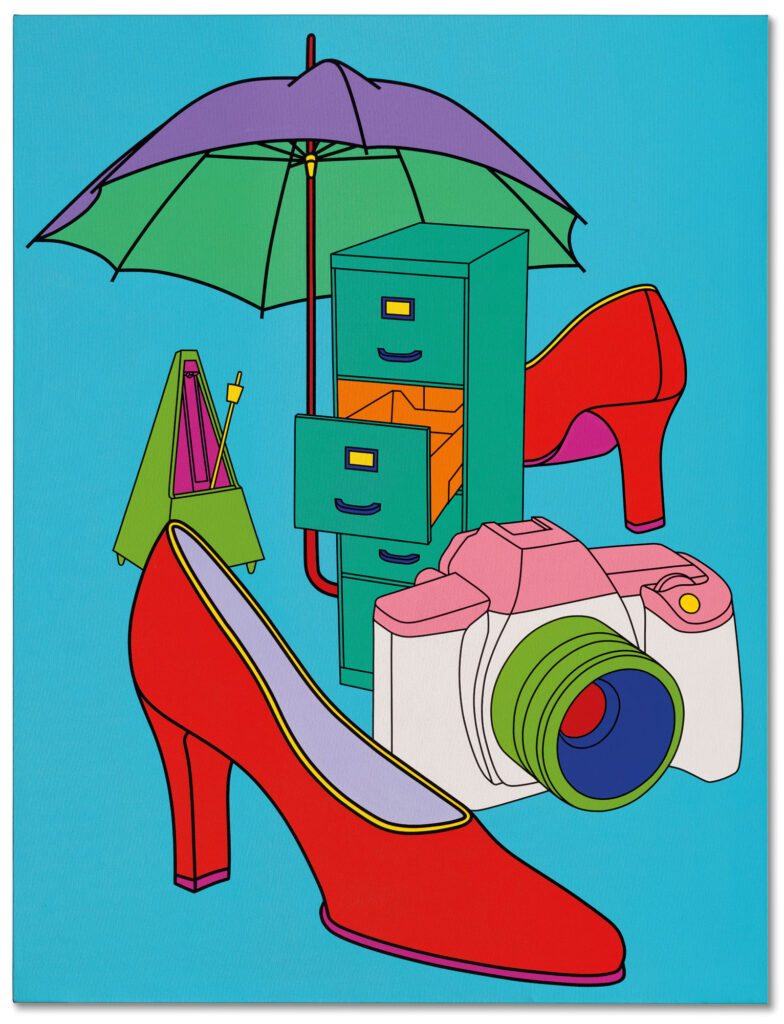 Though relatively small potatoes in the scheme of mega-million live auctions of yore, the live-streamed season sampler from Christie’s demonstrates reassuring market hunger and hopes for more high-quality kit hitting the block later in the season such as Jean-Michel Basquiat’s 1982 “Warrior” heading to Christie’s Hong Kong on March 23 and bearing a $31 million estimate.