Led by an elegiac Cy Twombly abstraction from the 1960’s and a custom-framed Tyrannosaurus Rex skeleton from circa 67 million years ago, Christie’s 20th Century live-streamed evening sale at its Rockefeller Center headquarters on Tuesday evening realized $340.8 million.

Nine of the 55 lots offered failed to sell for a decent buy-in rate by lot of 16 percent.

All prices reported include the buyer’s premium.

Four lots by Henri Matisse, Pablo Picasso, Brice Marden and Vincent van Gogh were withdrawn prior to the sale and represented cumulative estimates ranging from $28.6 to 42.8 million, apparently an indication of some nervous consignors.  One of those was Ron Perelman, the consignor of the Matisse and the Marden.

In addition, sixteen of the 46 lots that sold were backed by either third party or house guarantees. 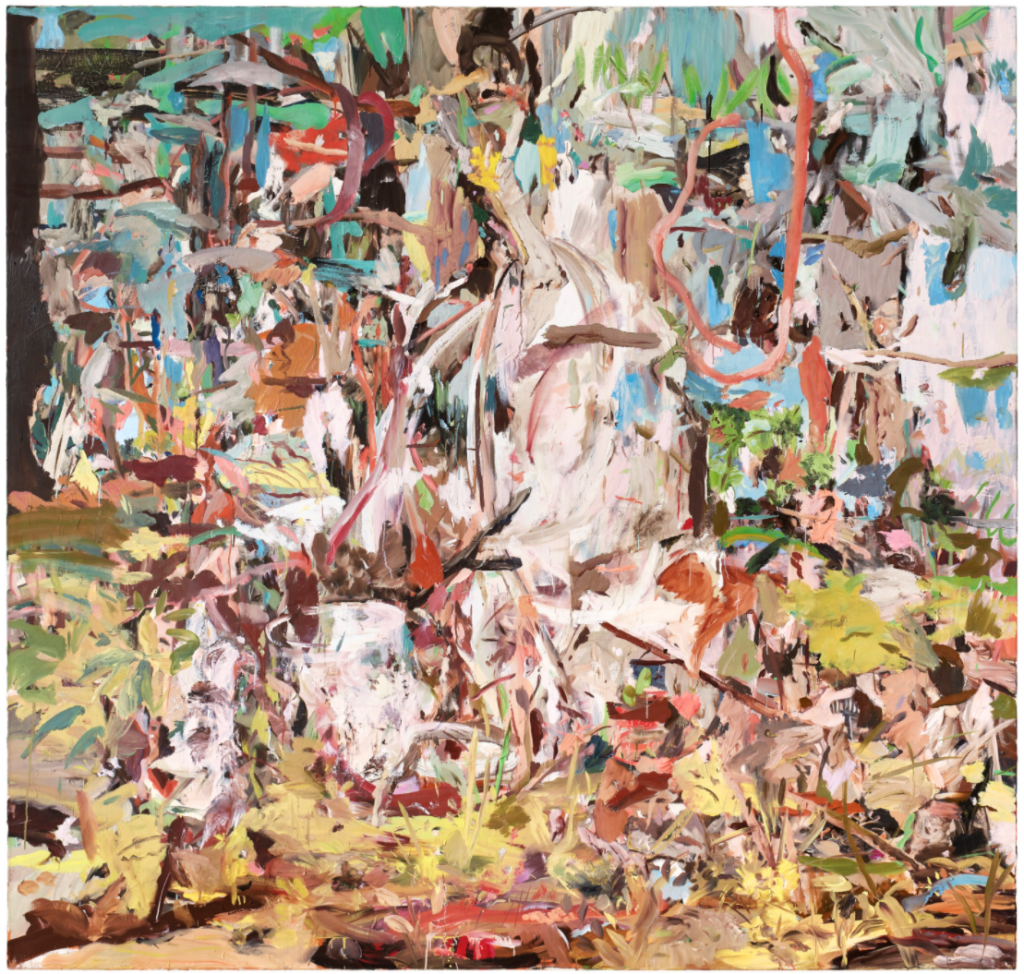 Brown was one of just five women artists included in the decidedly male-centric evening roster, topped by Tamara De Lempicka’s dual nudes, “Les deux amies,” executed in oil on panel from 1930 and sold for $9,405,500 (est. $8-12 million). 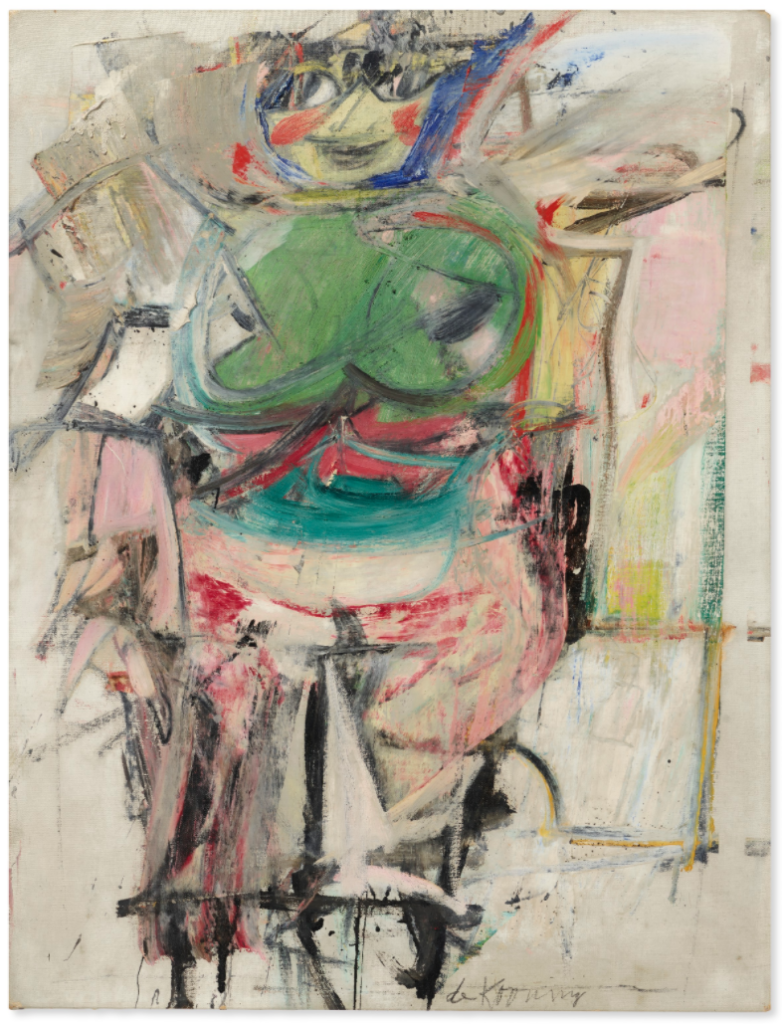 Of the few Abstract Expressionist entries, Jackson Pollock’s early drip painting deaccessioned by the Everson Museum of Art, “Red Composition” in oil on Masonite form 1946, realized $13 million (est. $12-18 million) and Willem de Kooning’s graphic charged oil and charcoal on canvas, “Woman (Green)” from 1953-55 and reportedly one of the last from that famed series in private hands, made $ 23,260,000 (est. $20—30 million).

It last sold at Sotheby’s New York back in November 1987 for $2,035,000 and this time, like the Pollock, came to market backed by a third party guarantee.

Tonight’s seller acquired it privately in 2002 for an undisclosed sum at a time when the auction record for a Rothko was just over $16 million.

Like the lion’s share of top lots and indicative of the evening in general, bidding stopped at the low side of expectations, generating a sense of deep-pocketed caution. 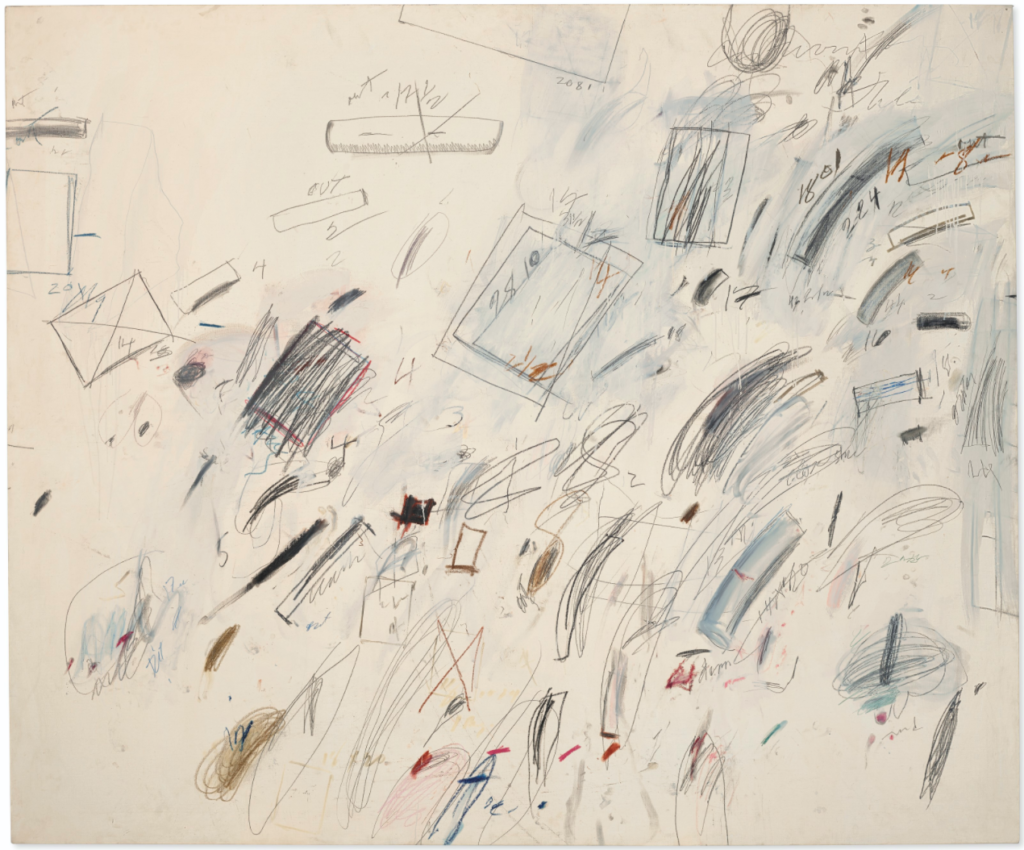 That was also true for the evening’s top and sterling lot, Cy Twombly’s densely notated “Untitled (Bolsena)” from 1969 and heroically scaled at 78 ½ by 94 ½ inches that sold to an anonymous telephone bidder for $38,685,000 (est. $35-50 million). The hammer price perfectly matched the low estimate.  It also seemed like a bargain, perhaps to the chagrin of consignor Ron Perelman since it certainly ranks as an A+ picture.

Though Perelman’s widely reported financial distress situation has rattled his billionaire status, it has become a boon for this auction season. (At Sotheby’s Hong Kong live-streamed  evening sale on Tuesday, Gerhard Richter’s squeegee driven “Abstraktes Bild (649-2)” from 1987 sold to the the Pola Museum of Art in Hakone, Japan for an estimate busting  $29.2 million, the highest price for any Western art work sold in Asia. It was another Perelman jewel from his collection).

Though just making the last spot on the top ten list in terms of price, Frank Stella’s stunning “Benjamin Moore Paintings (6 works)” in alkyd on canvas from 1961 remains a head-turning tour de force at $8,833,000 (est. $8-12 million).

Each of the panels measures twelve inches square and are individually titled, including “Delaware Crossing.” 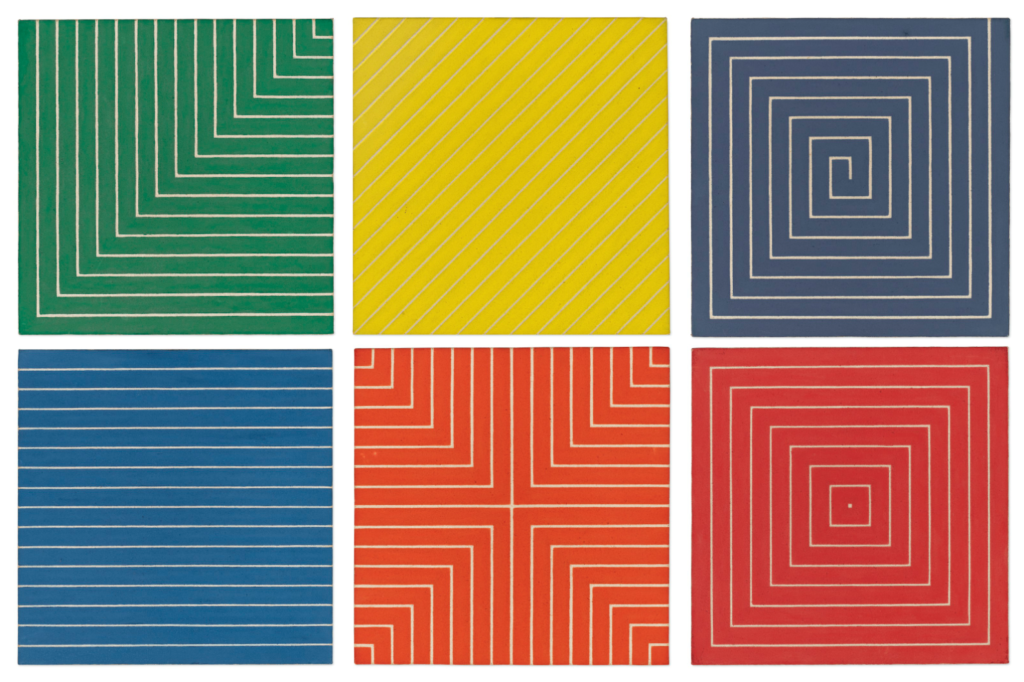 On the European side, Pablo Picasso dominated the entries with seven lots, topped by the somber yet ravishing World War II era “Femme dans un fauteuil,” from 1941 and depicting his lover and muse Dora Maar, seated in a throne like chair with hands patiently clasped that climbed to $29,557,500 (est. $20-30 million). 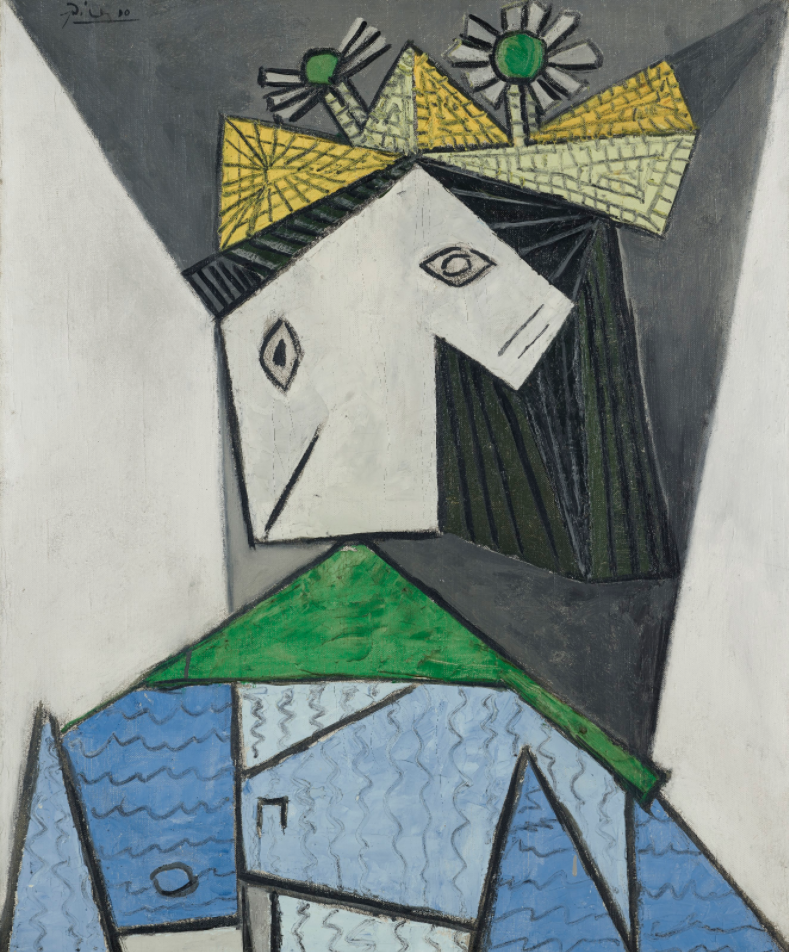 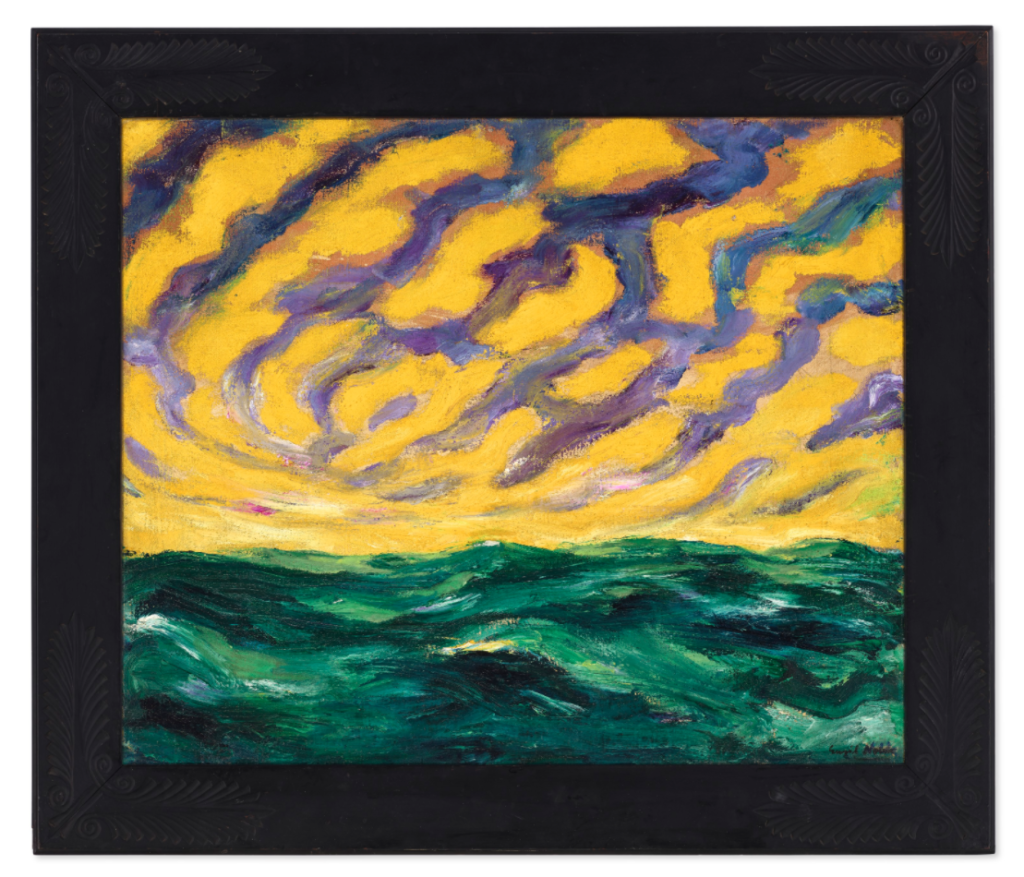 Earlier works by European masters also made waves with the color-charged and captivating Emile Nolde seascape, “Herbstmeer XVI” from 1911 that hit a record $7,344,500 (est. $6-8 million) and the stunning watercolor and gouache over pencil on paper still life medley by Paul Cezanne, “Nature morte avec pot au lait, melon et sucrier” from 1900-1906 that realized $28,650,000 (unpublished estimate in the region of $25 million). 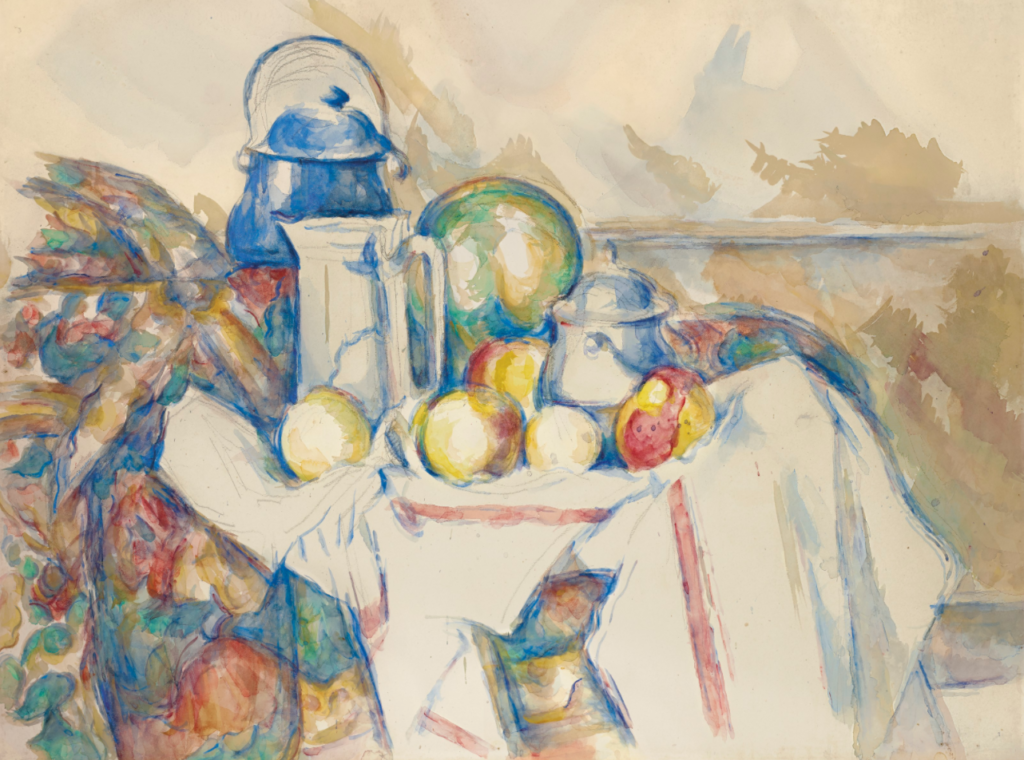 Both works were backed by third party guarantees and the Nolde last sold at Christie’s London in October 1994 for $802,605. 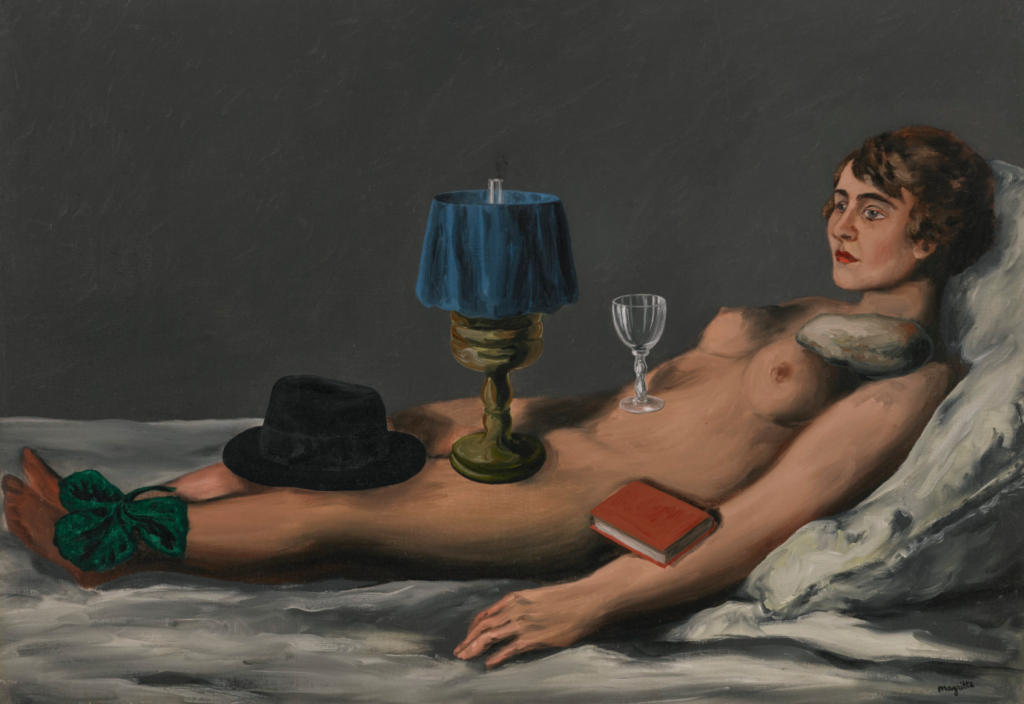 On the Surrealist front, Rene Magritte’s reclining nude encumbered with various objects, “Le nu couche” from 1928 and offered from the Miami based Irma and Norman Braman Art Foundation, sold for $6,870,000 (est. $4-6 million). 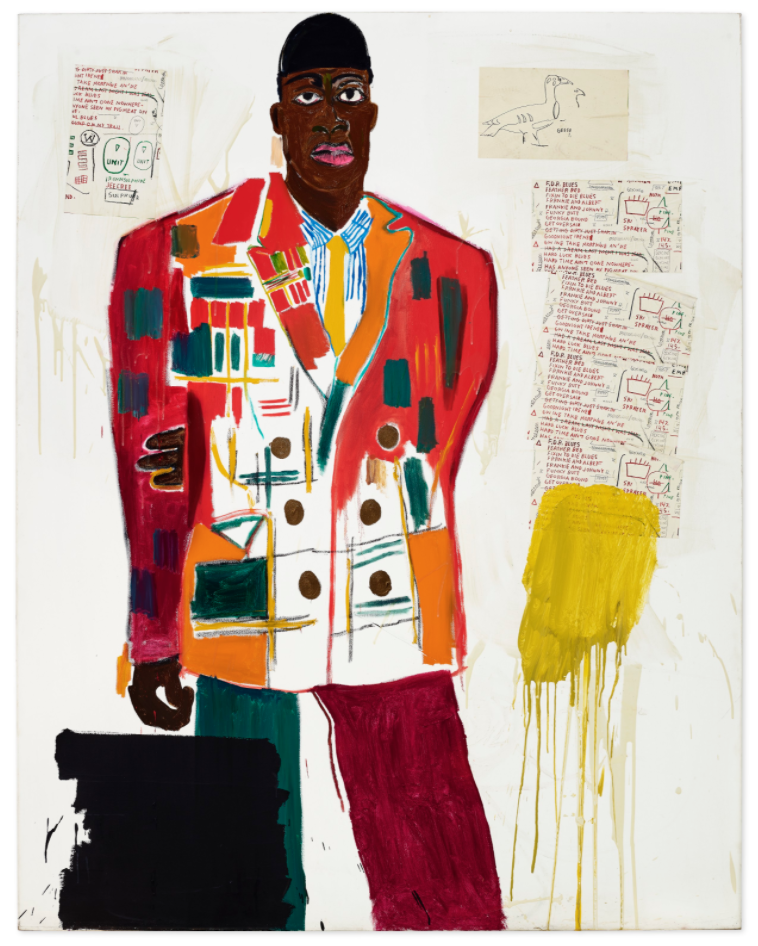 The evening’s final and gargantuan lot, ”Stan,” aka Tyrannosaurus Rex, the king of the dinosaurs (named after Stan Sacrison, the amateur paleontologist who discovered the fossils in 1987), is installed for passers-by to see in a street facing window display, sparked a marathon bidding battle, starting at an opening bid of $3m and crawling quickly to warp speed and a record (for T-Rex bones) $31,847,500 (est. $6-8 million).

It’s anybody’s guess why this prehistoric wreck of a killing machine, with visible wounds indicating past battles, would wind up in an evening sale alongside Picasso and a mix of 20th Century brethren, but hey, the auction houses in these Covid hobbled times are dying for some drama.