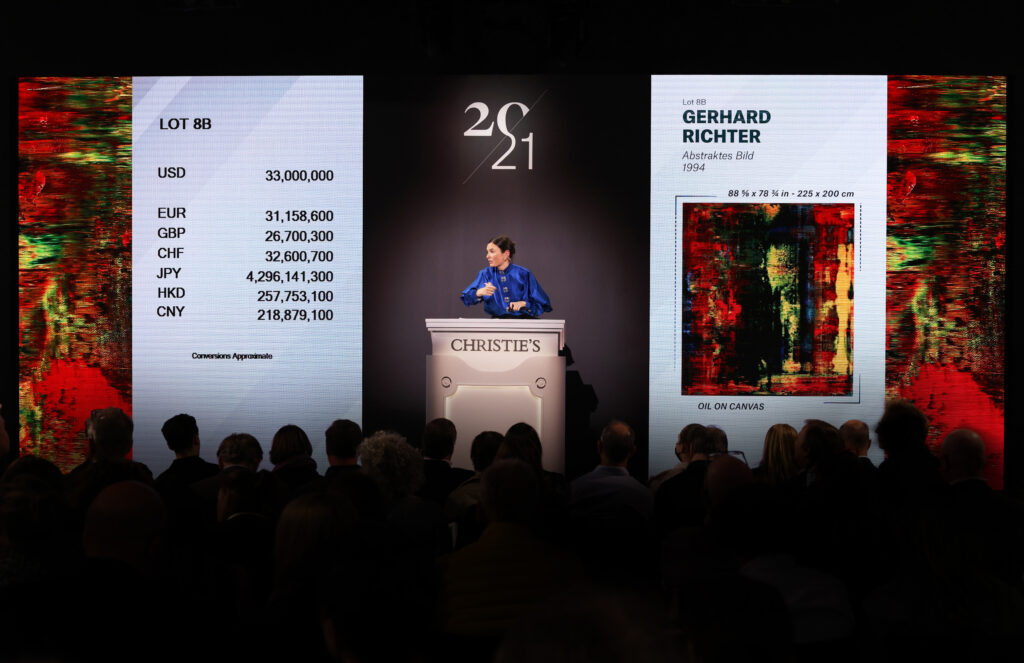 Christie’s recently reformatted 21st Century Evening sale, a cerebral mix and match of younger and more established artists, showed off plenty of action on Tuesday evening and delivered a respectable $103,064,200.

Estimates do not include the tacked on buyer’s premium for each lot sold.

All of the 31 lots offered sold making it a so-called ‘white glove,’ 100 percent sold evening.

That might be a stretch given that two of the top tier lots, both by Jean-Michel Basquiat and estimated at an unpublished figure of $30 million and the other at $4-6 million were withdrawn from the sale at the 11th hour.

Seven artist records were set with three of them made by women artists.

The evening jump-started with Anna Weyant’s Old Master looking “Summertime” from 2020, depicting a young woman resting her cheek on a table framed by a vase of flowers and that sold for a record $1.5 million (est. $200-300,000). 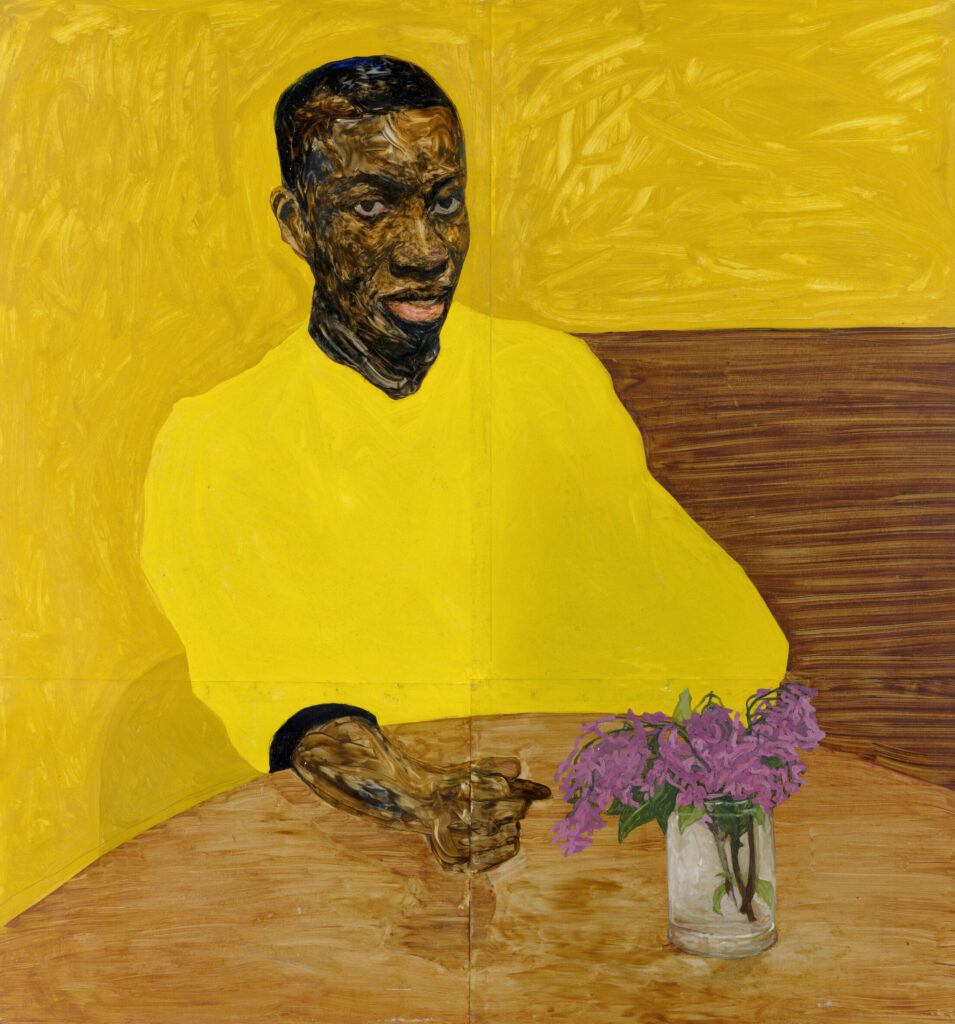 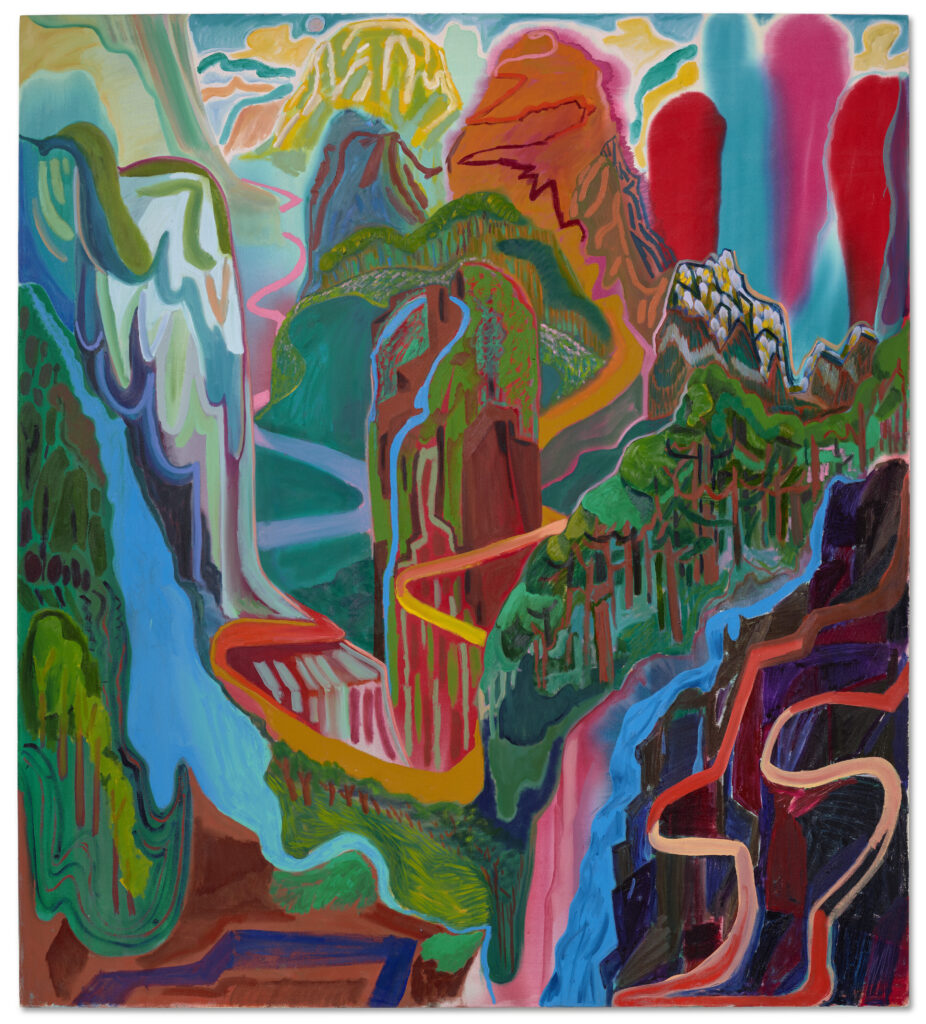 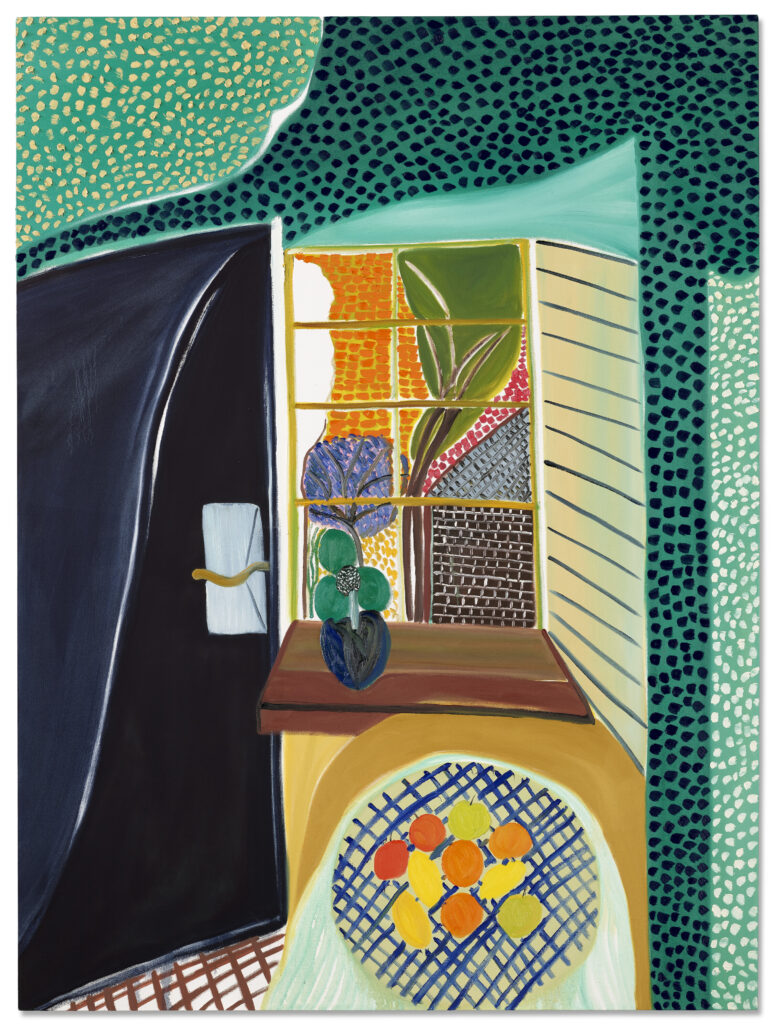 The proceeds will benefit the Polin Museum of the History of Polish Jews in Warsaw Poland. 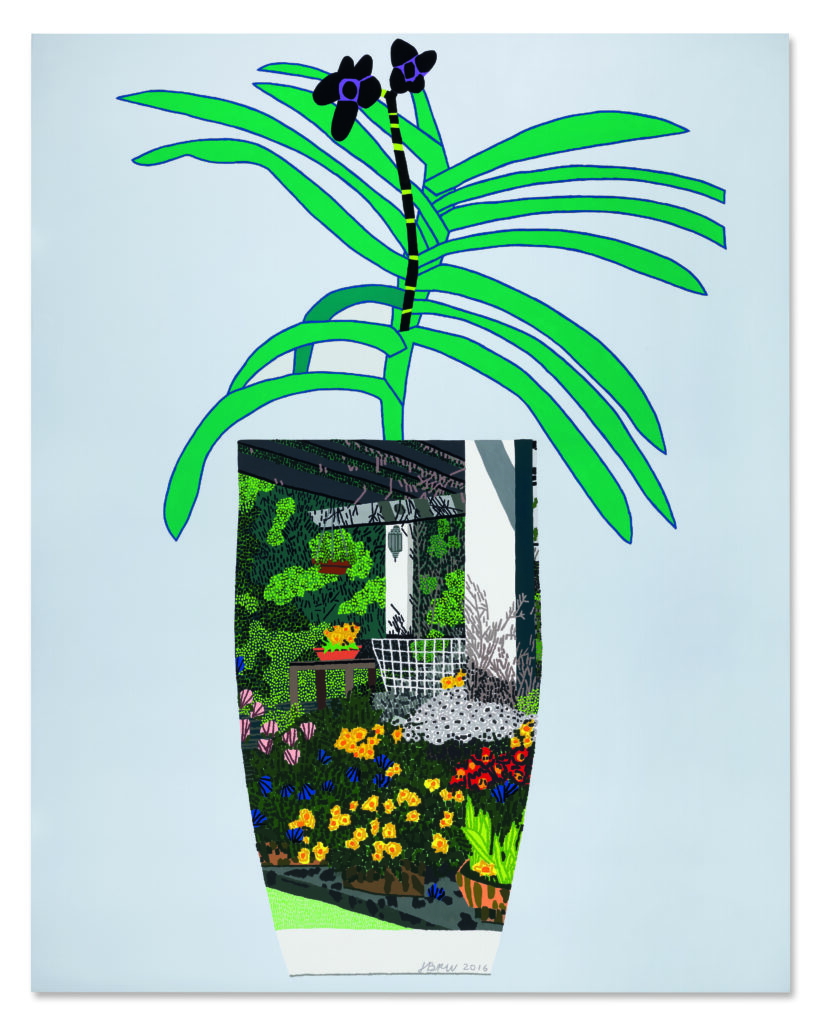 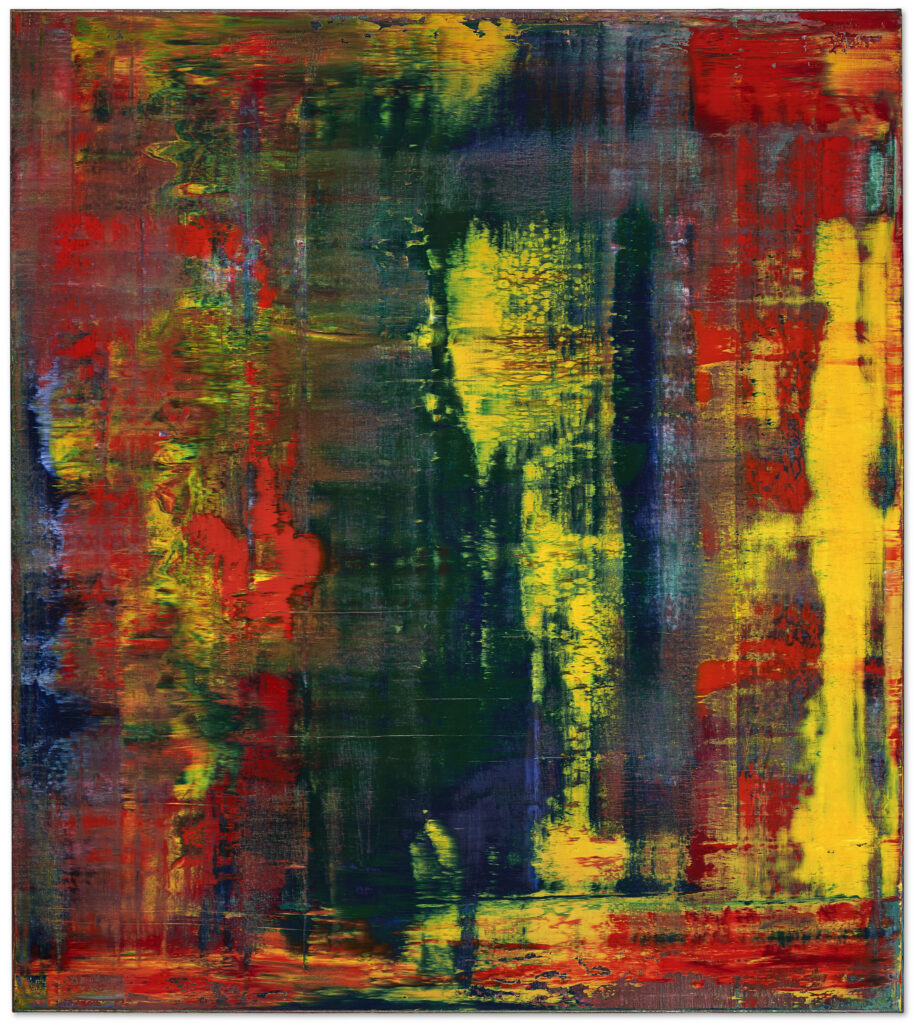 Any expected fireworks for the evening’s cover and top lot, Gerhard Richter’s magisterial “Abstraktes Bild” from 1994 and heroically scaled at 88 5/8 by 78 ¾ inches, didn’t exactly pan out as it hammered at $33 million or $36,500,000 with fees (unpublished estimate on request in the region of $35 million).

Speaking of super stars and big surprises, Jean-Michel Basquiat’s triptych in acrylic, oil, oil stick and hardware on hinged wood construction, titled in part after a James Joyce novella, “Portrait of the Artist as a Young Derelict” from 1982 was withdrawn from the sale (unpublished estimate in the region of $30 million)

A second Basquiat from the same consignor, identified in the mini-auction catalogue as “Here is the King-Basquiat Masterworks from 1982,” with an equally quirky title, “See Plate 3” and also comprised of acrylic, oil and oil stick on canvas and wood construction in two parts, was withdrawn (est. $4-6 million).

The pair occupied a separate viewing room at the firm’s Rockefeller Center headquarters, magnifying their importance in the auction.

In post-sale comments, Christie’s ceo Guillaume Cerutti said it was a mutual decision between Christie’s and the seller. “We could have sold them but just not at the level we wanted. We had to make a call and it was the right thing to do. “ 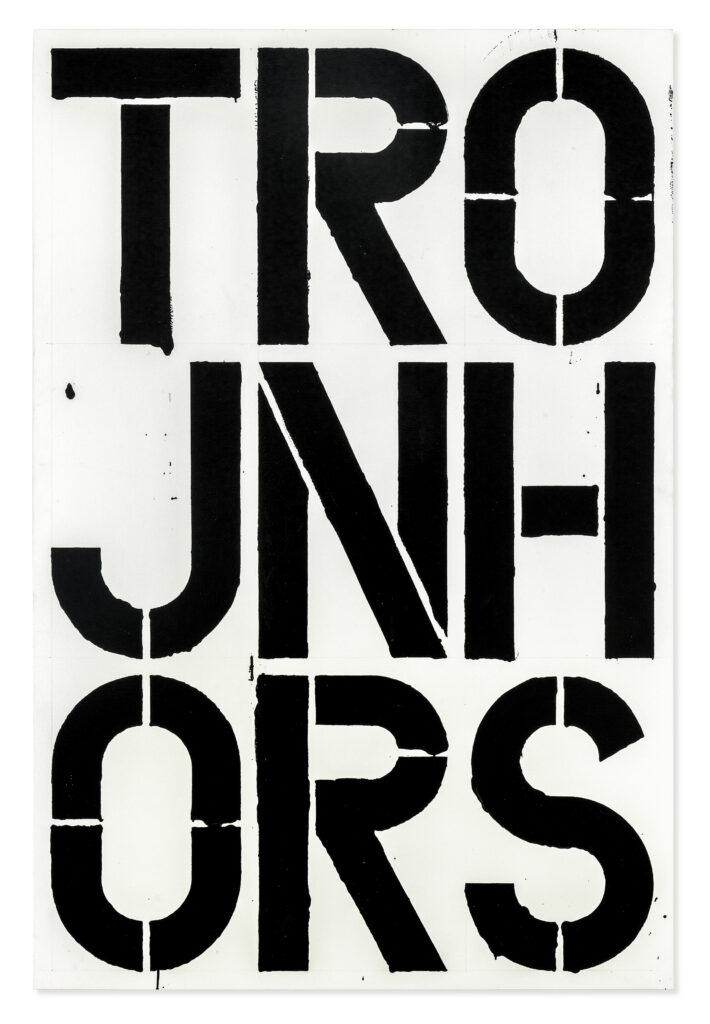 At any rate, the absence took some of the wind out of the evening’s sails. Still other high-wattage works scraped by including Christopher Wool’s graphically bold text painting “Untitled” from 1988 that hammered a million dollars under the low estimate but made $8,405,000 with fees (est. $8-12 million). It came to market with a house guarantee.

The current seller acquired the painting from the Robbin Lockett Gallery in Chicago in 1988, making it the ultimate in buy and hold collecting philosophy. 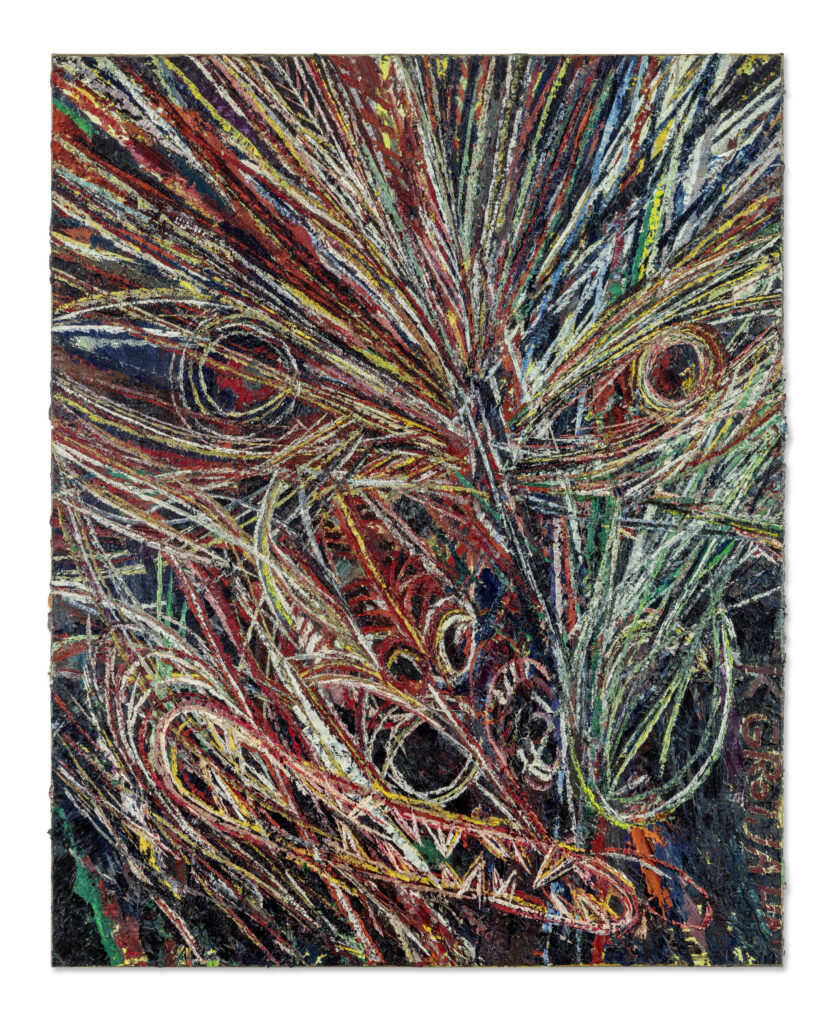 Still on the heavy-hitter front, Jeff Koons’ “Lobster” from his Popeye Series, a suspended sculpture in mirror-polished stainless steel with transparent color coating made $3,780,000 (est. $3.5-5.5 million). It came to the block backed by a third party guarantee. 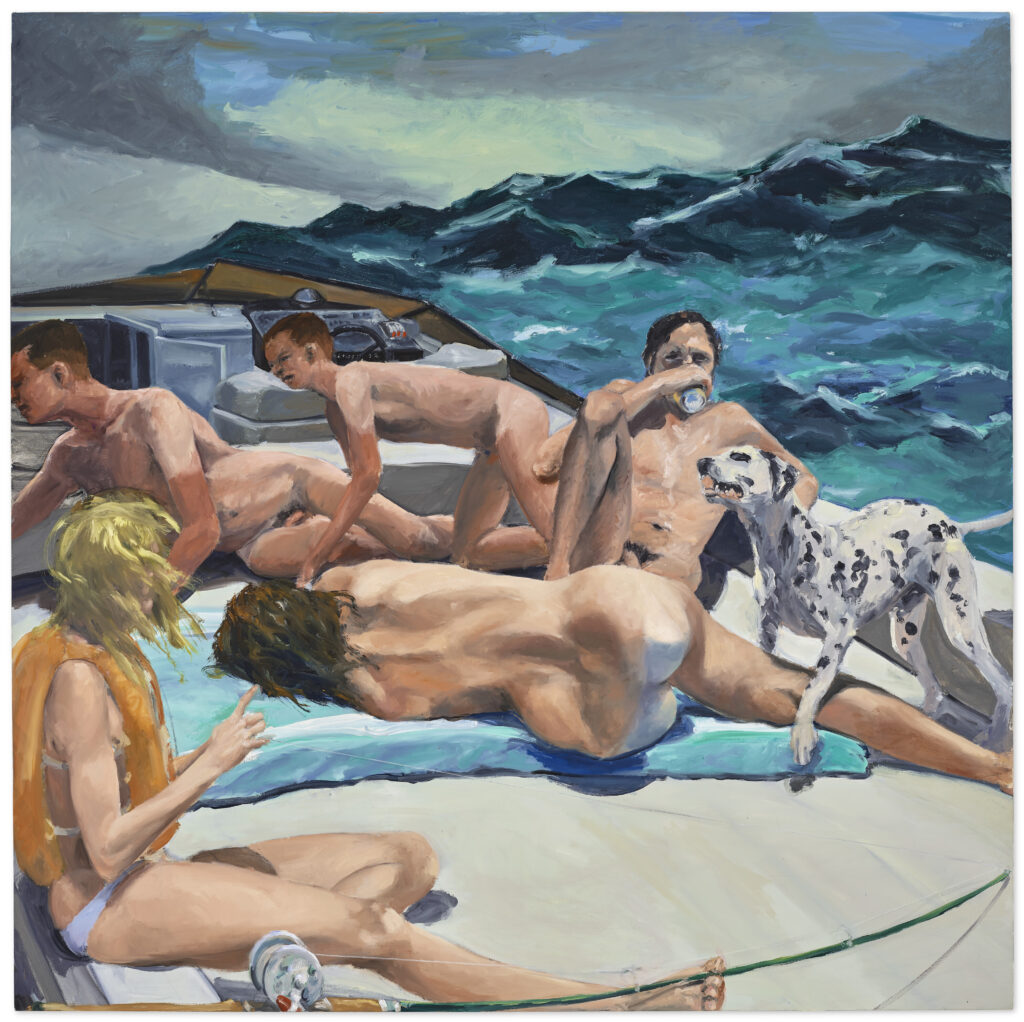 Better news greeted Eric Fischl’s narrative thriller from the bygone ‘80’s, “The Old Man’s Boat and the Old Man’s Dog” from 1982 fetched a record $4,140,000 (est. 2-3 million). Per Skarstedt, the artist’s primary market dealer was one of the underbidders from his front row seat in the salesroom.

The painting is rich in provenance, a kind of mini-tour of the Neo-Expressionist led 1980’s art world, including Mary Boone and the Saatchi Collection. 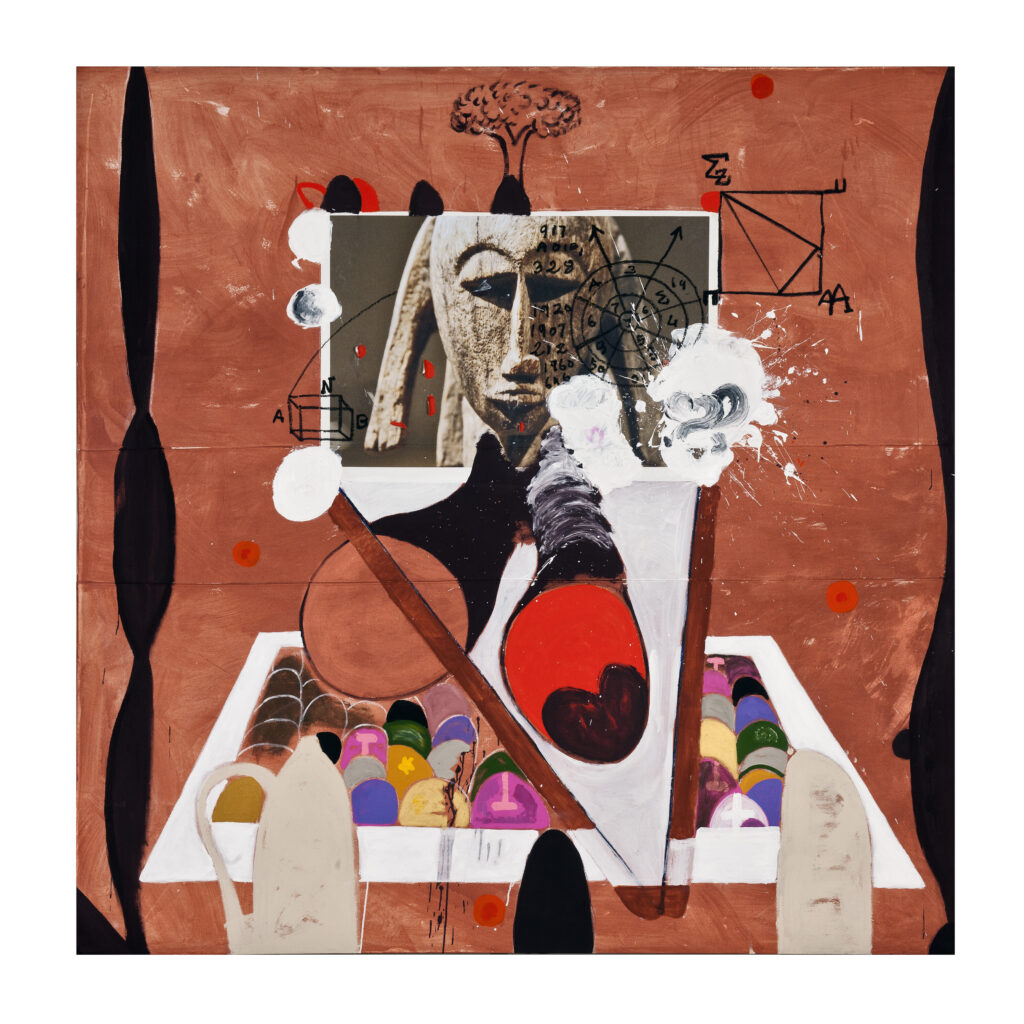 The sale ended on an NFT note with Refik Anadol’s “Living
Architecture: Casa Batilló in Metaverse” from 2022, replete with custom software and generative with sound. It made $1,380,000 (est. $1-2 million) and comes accompanied by an artist-signed 3D physical certificate.

The evening action resumes on Thursday at Christie’s back to back Bass Collection and 20th Century sales.