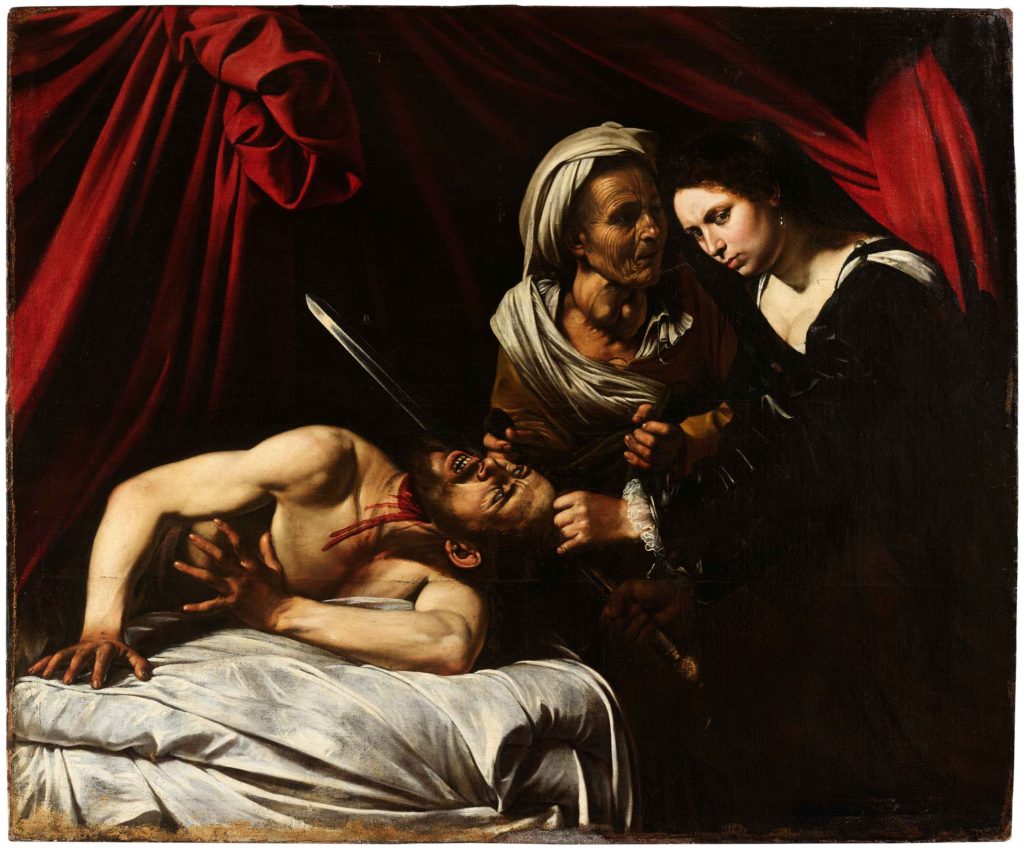 Potentially more exciting than the London auction season, the petite French auction house LaBarbe, in association with the Paris specialist Turquin set a June 27 date in Toulouse France to auction a reputedly rediscovered Caravaggio masterpiece that carried a big-time pre-sale estimate of €100-150 million.

That said, the building excitement, including a two-week sojourn of the rarified painting in New York at the Adam Williams Gallery, after arriving in a cargo plane with race horses, petered out with the news the painting was sold privately two days before the scheduled sale to an anonymous private buyer for an undisclosed price.

Thanks to a confidentiality agreement, the auction house & all parties were bound to secrecy, unable to identify the buyer or the price.

Scott Reyburn reported in the New York Times that the picture sold somewhere in the vicinity of €30 million, a fraction of what was expected or promoted.

In any case, that firm offer by the anonymous buyer convinced the seller to accept the sum in part because there was no reserve price on the painting, meaning it could have gone for less in the quickly aborted June 27 auction.

No other private hands came up to counter that figure, according to Reyburn’s dispatch.

Remarkably, there hasn’t been a Caravaggio on the public market in more than forty years, and the last time one appeared at auction, at Christie’s London, it failed to sell.

The Artnet database, established in 1985, doesn’t have a single Caravaggio listed in its exhaustive archive.

There are only 68 accepted paintings by Caravaggio, an extremely finite corpus, making the appearance of one, a seminal event.

The painting, rediscovered in a Toulouse attic amidst the detritus of a house held by the same French family since 1870, and in Antiques Road Show like fashion, miraculously appeared in relatively fine condition in 2014.

Apart from some water damage on the lower left side of the canvas, the picture arose from slumber in rather fantastic shape, especially after the 100 year plus old layer of varnish was removed following the granting of an export license from France in January.

I went to the opening, press day in May at Adam Williams quietly swanky uptown gallery and viewed the painting close-up and at my leisure, with Caravaggio expert and picture promoter Eric Turquin at my side, providing an unending stream of information and conjecture about the picture.

While the painting has some prestigious backing as to its authenticity by the likes of Metropolitan Museum curator Kevin Christiansen and David Stone, a noted specialist in Italian Baroque art, including Caravaggio, according to Turquin, there are other doubters who believe the picture is a copy by the 16th/17th century Flemish painter and Caravaggio associate Louis Finson.

Turquin disputes that theory, relying in part on recent x-rays of the painting that show considerable underpainting and changes that a copyist would have no business or reason doing.

“No other painter can make that face,” said Turquin, pointing to the sensuous lips of Judith.

An earlier version of the painting, universally accepted as a Caravaggio, resides at the spectacular picture palace, the Palazzo Barberini in Rome and dates from 1597.

As Turquin explained, “we brought this one here so the American public can see it.”

He went on to describe the work in French accented excitement…”The energy—it cannot be by somebody else. The brushstrokes are one meter long! This man was a genius of the brush.”

Turquin was also excited to explain that the stretcher for the painting was hand sewn and the material dates before 1820.

Listening to the expert and standing close to the painting, its scale and unrivaled drama, including the sword slicing into the general’s thick neck, elicited a few goose bumps on part of this viewer and a feeling, ‘this could be the real deal.’

It remains an art world mystery as to the nationality of the buyer, other than the fact that he (or she) is not French.

The other tidbit from auctioneer Labarbe is that the buyer has close ties to a major museum.

It seems the seller had a proviso that the work should be made available for public viewing.

The public will have to wait and see if and when the picture appears for more eyes to see.

Hopefully, it won’t be another vanishing act like Leonardo’s “Salvator Mundi.”