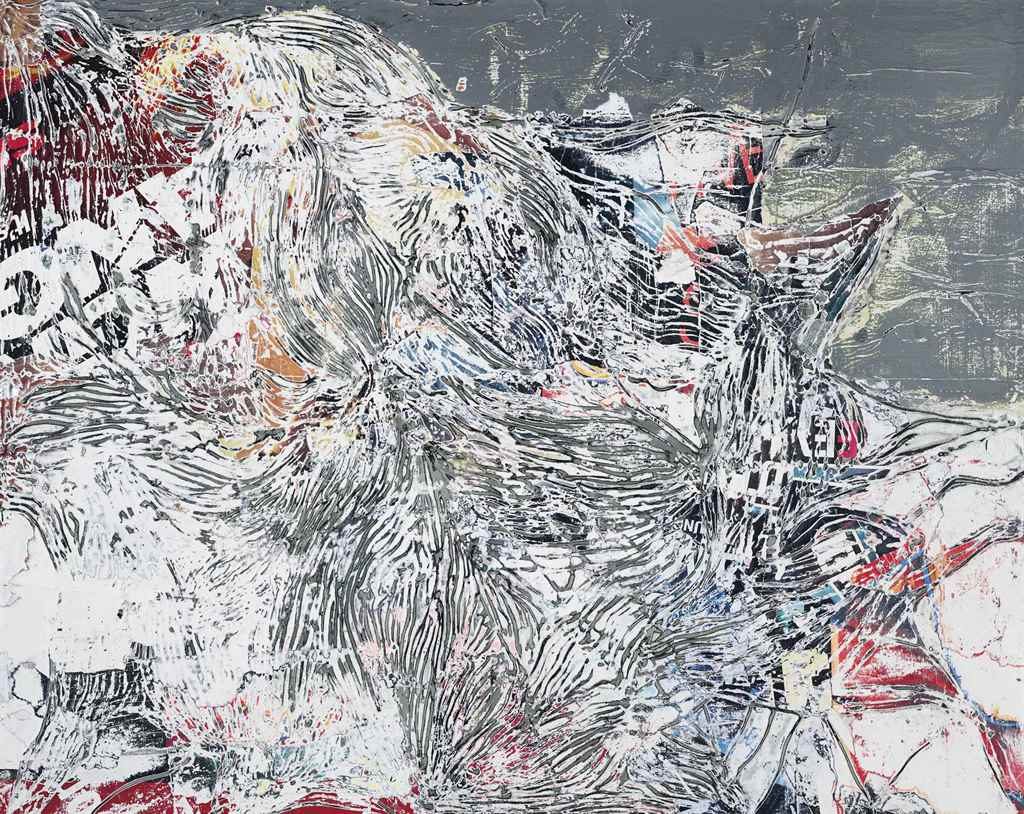 Though the sum trails Phillips’ £24.3 million result later that evening and ever more distant from Sotheby’s £62.4 million evening sale on Wednesday, Bonhams increased its visibility and market share in that fiercely competed for and lucrative space.

Bonhams sold all but two of the 39 lots offered for a tiny buy-in rate by lot of five percent.

As reported here in an earlier blog from Art Basel this month, Mnuchin sold a much larger Bradford, “Smear” from 2015, also in mixed media collage on canvas and scaled at 96 by 72 inches, for $5.5 million.

In a New Yorker profile on Bradford in 2015, the L.A. raised artist, currently a star in the Venice Biennale representing the American Pavilion, described his art as abstraction, but abstraction “with a social or political context clinging to the edges.”

All of these highlighted lots were backed by financial guarantees.

This entry was posted in Blog and tagged Bonhams, Mark Bradford. Bookmark the permalink.