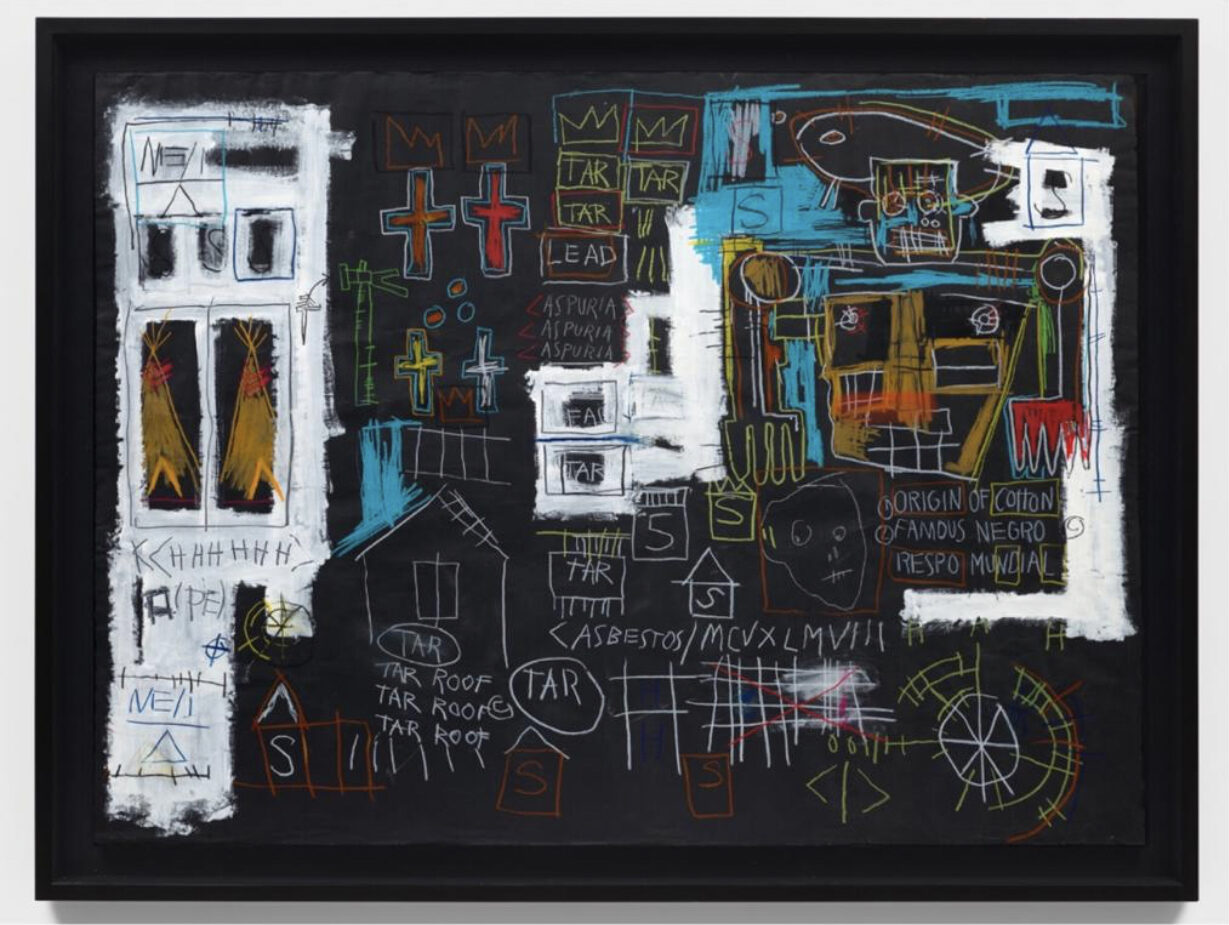 Hailing from a private collection in Paris, at least according to the catalogue raisonne entry in the two-volume Galerie Enrico Navarro tome, the large-scale, 53 1/3 by 72 5/8 inch composition, bristling with the lexicon of Basquiat’s astonishing and street-smart vocabulary, attracted three bidders (paddle #’s 120, 124, and 133) in a three minute, nine second long bidding battle. 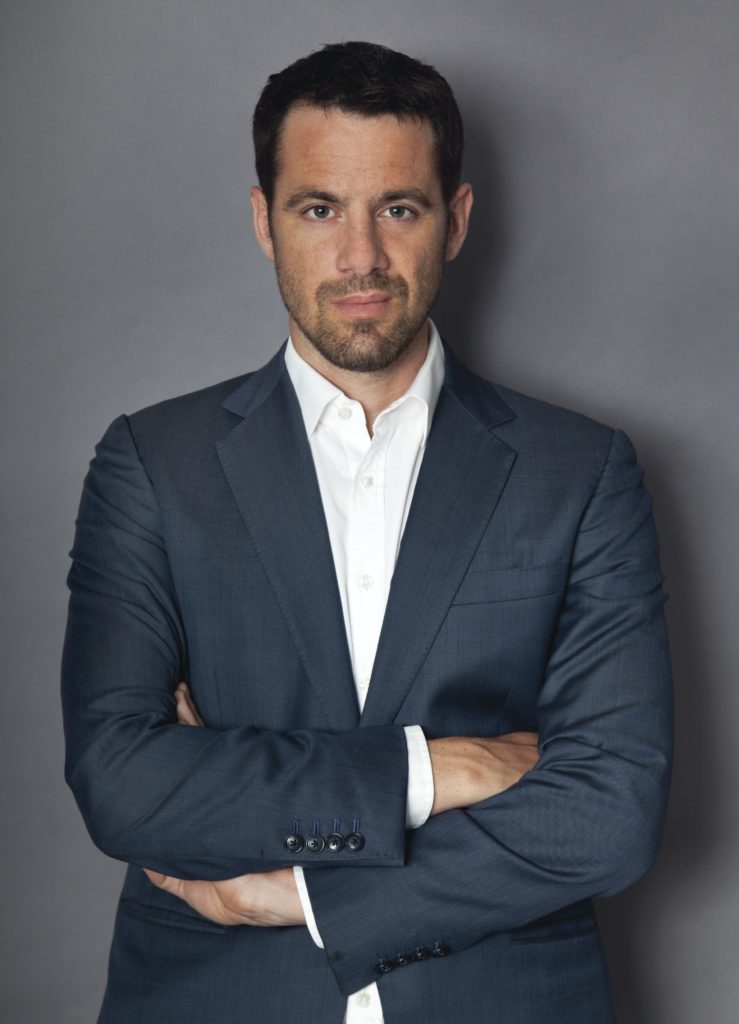 It ranks as the 40th most expensive Basquiat at auction and trailing “Untitled (Head),” another work on paper from 1982 that sold at Sotheby’s livestreamed contemporary art auction on June 29 for $15.1 million (est. $9-12 million).

This example has Japanese heritage, exhibited with a published catalogue at Tokyo’s PS Gallery in 1987, the year before the artist died of a heroin overdose at age 27.

The brand new site “Fair Warning” is a Spartan app, without and deliberately so, the high tech, dramatic fireworks of a Christie’s, Phillips or Sotheby’s livestream auction.

Far from it! In fact, all you see on your iPhone screen are the text-based increments in bidding, eventually followed by bold face “last call” and then “fair warning” notices, then followed by a 10 second count down. There’s no pounding gavel sound to add to the finish line.

In fact, the site has a very analogue feeling to it, apart from the device you’re holding and is a welcome diversion from the four hour marathons that the auction giants are conducting, such as Sotheby’s cross-category affair on Wednesday that took in $192.6 million for the 62 lots that sold.

Still, there are basic similarities to the classic auction process, with available condition reports, provenance trails and essays on the featured lot.

This time around, Gouzer contributed a relatively brief homage to Basquiat, comparing him in part to the world-class and mythical finesse and play of a Roger Federer. Curious, but then again, Gouzer is Swiss and obviously a fan of both ‘artists.’

Prior to the auction, Gouzer ranked the untitled work as the sixth most important Basquiat on paper, warning there wouldn’t be another one of this caliber coming up anytime soon. 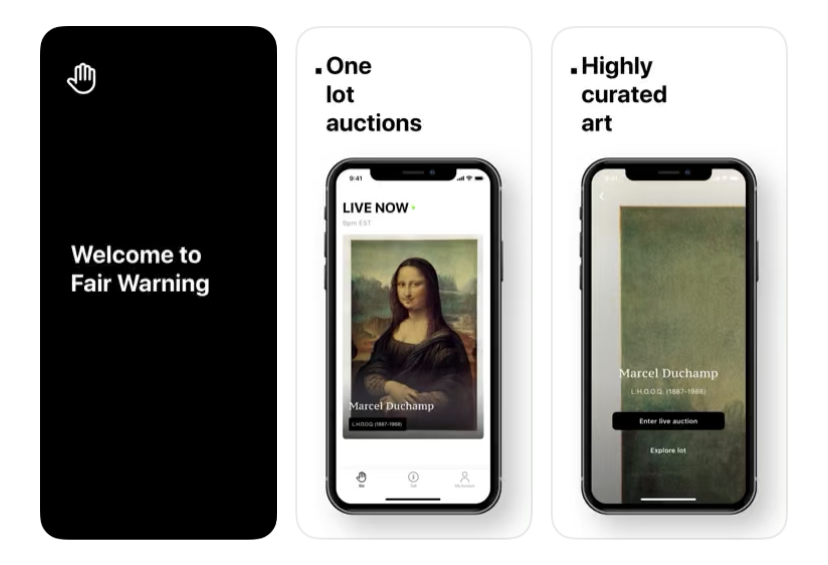 In its short life, Fair Warning has sold five works on single lot, single day sales, debuting on June 28 with Steven Shearer’s “Synthist” painting that made $437,000, then David Hammons’ “Untitled” body print that sold for $1,265,000 on July 5, Steve Parrino’s creased abstraction, “Screwball” that brought $937,000 on July 12 and Karen Kilimnik’s brilliant “Me waiting for my drug dealer boyfriend…Park Avenue…oops. Forgot–the Village, 1967” that realized $437,000 on July 19.

Next up is George Condo’s “Dreamscape” from 2010 that comes to market on August 6 at 5 PM.

Shortly after the sale, reached in Millennial fashion on Instagram, Gouzer characterized his project this way : “Five weeks to create the app, five weeks to get to $10m + nothing to complain about. I used to think that if art was great you could sell it on the moon but the cloud seems to work as well.”

Fair Warning is a viable entry in our Covid challenged world and a breath of fresh air in these art market sweepstakes.