Angela Davis, the 75 year old human rights activist and author was honored on Saturday (February 16) in her hometown of Birmingham Alabama with a humanitarian award presented by the Birmingham Committee for Truth and Reconciliation, a grassroots organization.

Davis was also presented with a commissioned portrait by Birmingham native Erin Mitchell who described the mixed media work “as inspired by Jacob Lawrence, Kerry James Marshall (another Birmingham native) and Mickalene Thomas. All of those things combined and made in my own way since I wanted both a sense of her power and strength to show but also about being a Black woman and being from Birmingham. “ 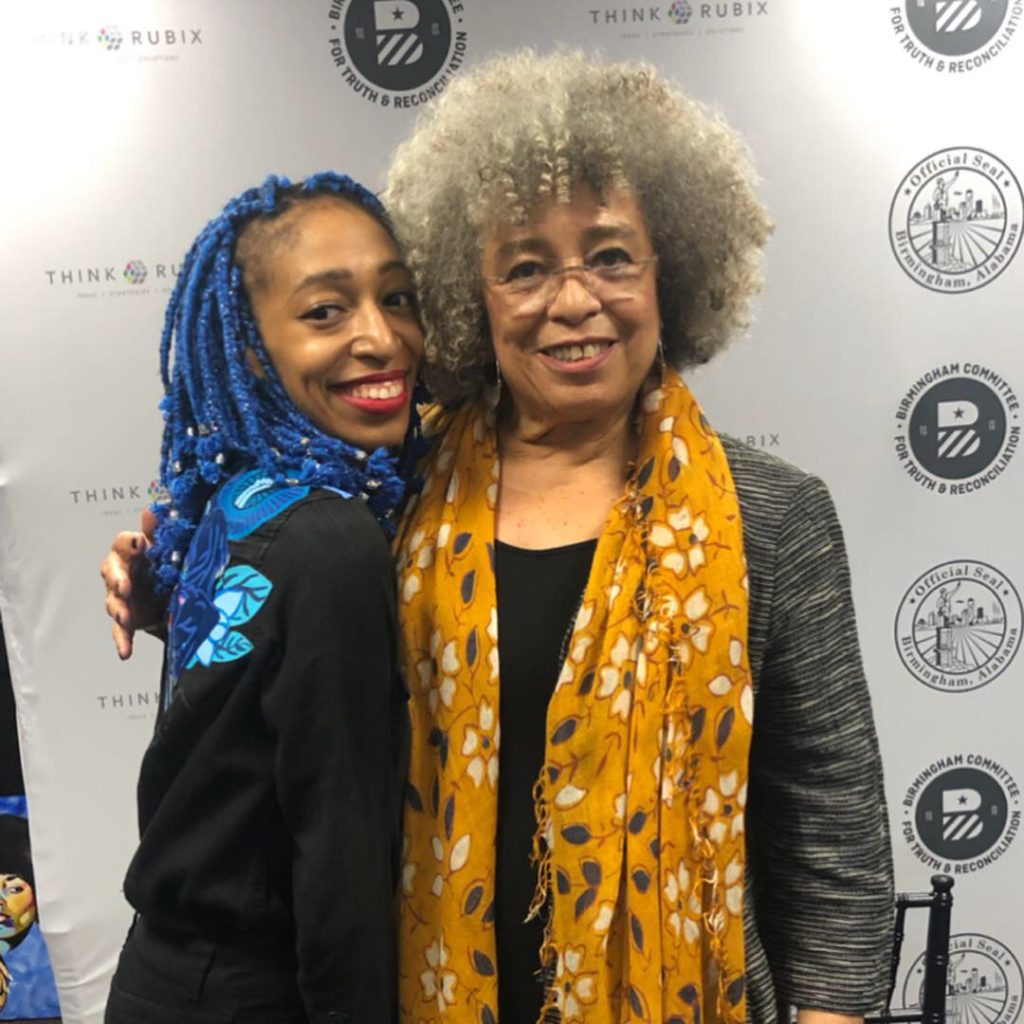 It is a kind of double-portrait, with Davis depicted in her storied Afro, gold hoop earring as she was often photographed in the early 1970’s and a smaller image of the activist in later years, all of it set against a color charged fabric background festooned in part with small gems.

The award and ceremony at Birmingham’s historic Boutwell Auditorium took place six weeks the Birmingham Civil Rights Institute announced and then withdrew its annual Fred Shuttlesworth Human Rights Award to the activist due to Davis’s longtime support of the Palestinian movement, according to news reports. 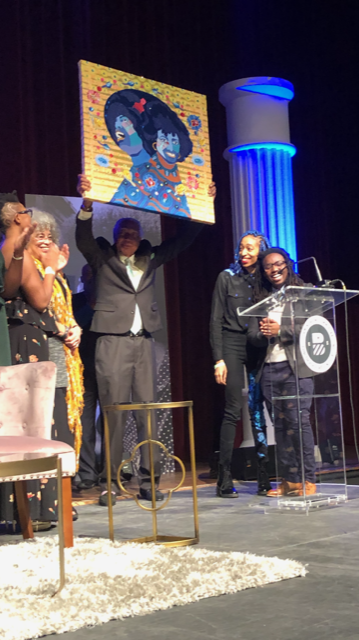 The BCRI, after local demonstrations and a media firestorm of international criticism, reversed its decision. It’s unclear whether Davis will accept that award named after the pioneer Civil Rights figure but according to a report in the Birmingham News, Davis told the Boutwell audience “the misstep is an opportunity for a teaching moment which shouldn’t’ overshadow the legacy of the BCRI.”

The event and presentation struck a memoir like chord with me since I covered the activist’s trumped up murder, kidnapping and conspiracy charges in San Jose California in 1972 as a neophyte reporter for the Berkeley Barb. The 13 week long trial ended with a unanimous acquittal.

“I’m going to continue to fight,” said Davis after the jury’s pronouncement, “to give all I have to the struggle, to work to free all political prisoners.”