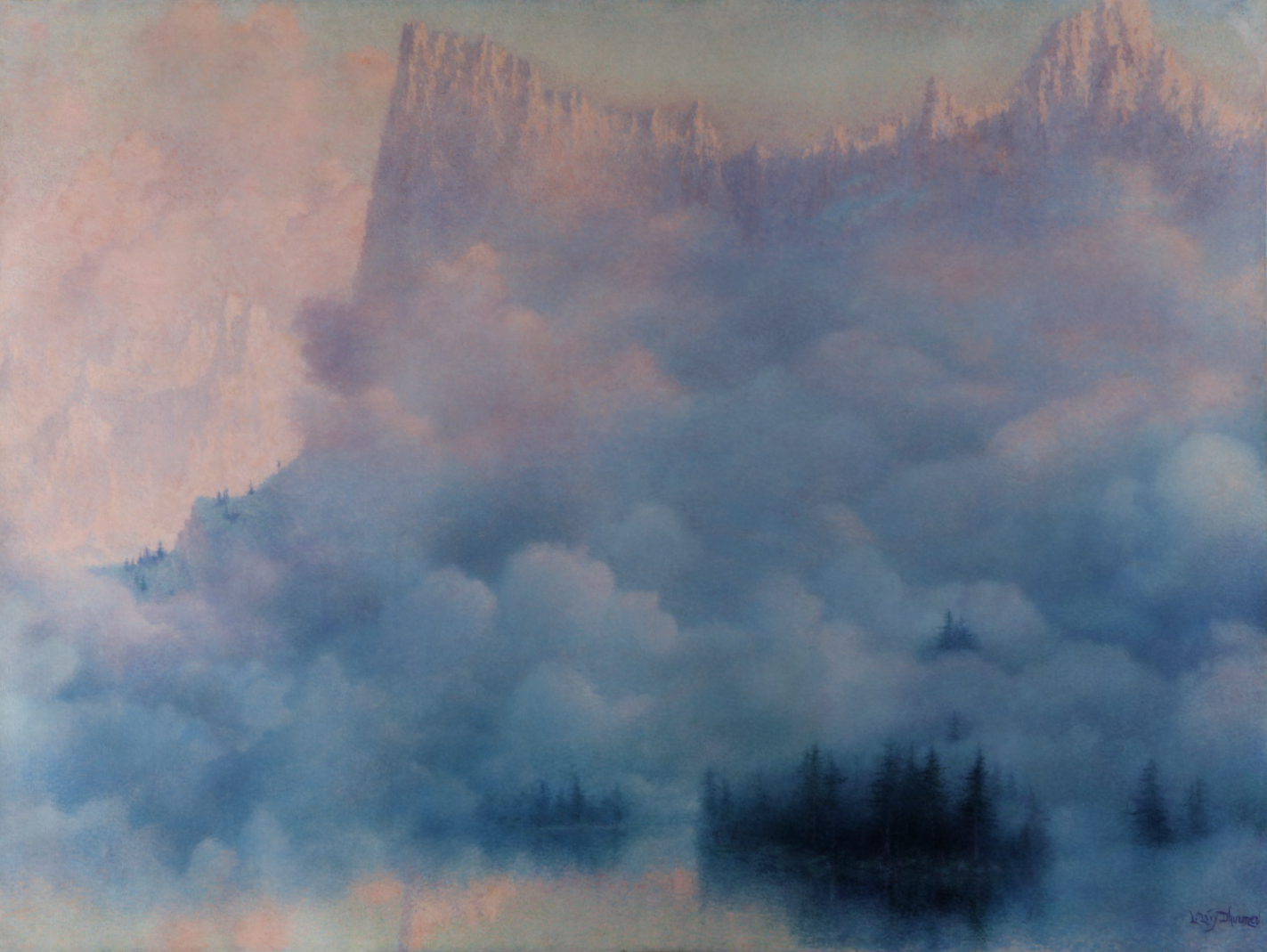 Scrolling back through the multitudes of offerings at auction in this Pandemic crazed year, one painting stood out for this viewer as a kind of cinematic balm for a lousy year and a magic carpet ride for the new.

The painting by the Algerian-French Symbolist painter Lucien Levy-Dhurmer (1865-1953) was offered at Sotheby’s Impressionist & Modern day sale on September 19th, one of some fifty works in various media and time periods that were auctioned throughout the fall season from the estate of the legendary art historian and award winning Picasso biographer John Richardson who died at age 95 in March 2019.

“Paysage Montagneu” from 1912 is a dreamy and decidedly massive work at 103 by 138 inches and hung in Richardson’s elaborately decorated and art stocked lower Fifth Avenue apartment.

It came to market with a stellar provenance, originally owned by the storied French engineer Auguste Rateau whose “Wisteria Room” by Levy-Dhurmer, comprised of carved walnut and amaranth furniture, decorations and a suite of four spectacular murals from 1910-1914 has a gallery room of its own at The Metropolitan Museum of Art.

It shattered the mark set at Christie’s Paris in September 2017 when “Ophelie,” (undated) in pastel heightened with gold on paper made the equivalent of $411,426.

You might say Levy-Dhurmer is a virtual unknown to most market followers, especially since his long career, first as a ceramist and master decorator, was largely formed in Paris. The Musee des Arts Decoratifs in Paris staged his retrospective in 1952, a year before his death.

But the record price for Levy-Dhurmer’s stunning painting that resembles a kind of dream scape mirage of mountains and atmospheric details awash in beautifully blended chromatic effects, registered for this viewer more of a ringing endorsement of Richardson’s impeccable eye. 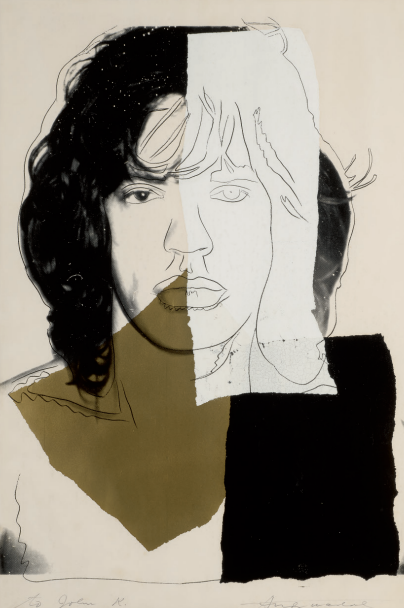 Similarly, Lucian Freud’s 1998 portrait of Richardson was gifted by the estate to the American Friends of the National Portrait Gallery (London). The group hopes to lend the work to the NPG there, according to Sotheby’s.

More recently, the ever handsome and serially debonair Richardson was also painted by David Hockney and photographed by Jenny Saville.

It is safe to say that Richardson’s greatest accomplishment was his multi-volume biography “A Life of Picasso” that the New York Time’s chief book critic at the time characterized as “magisterial and definitive.”

Apart from that accolade, his collection, parts of it gifted by the estate and the rest marketed by Sotheby’s as well as the small auction house Stair Gallery for lesser items, represents a one-of-a-kind connoisseur and scholar, the likes of which we’ll never encounter again.

Thanks to Richardson, the reputation and awareness of Levy-Dhumer takes a well-deserved and giant step for fifteen minutes of world fame.