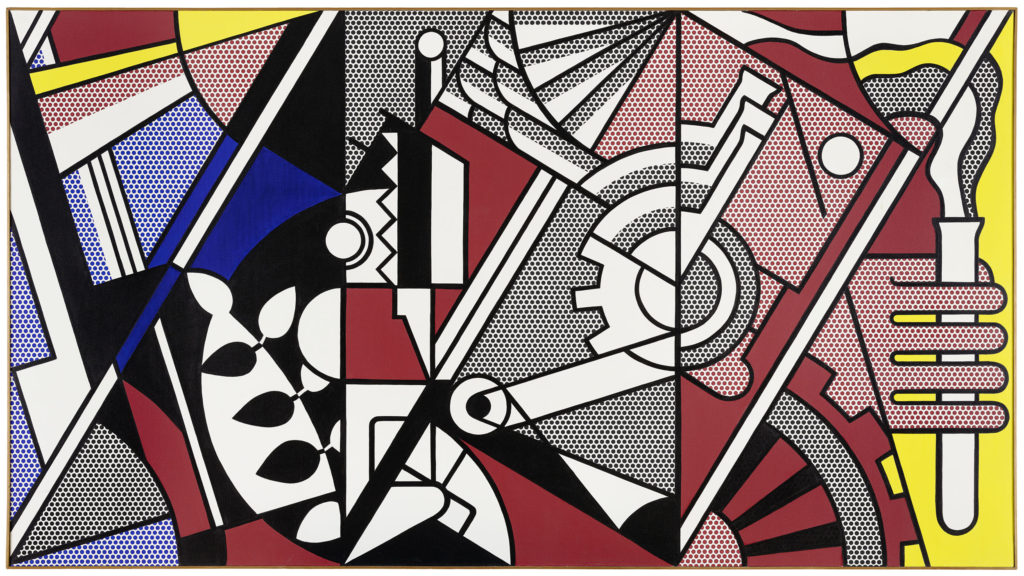 The 16th edition of Art Basel Miami Beach, North America’s most prestigious modern and contemporary art fair closed on Sunday with record attendance (80,000) and a solid number of seven and eight figure transactions.

In that latter category, the star of the show, at least cash register wise, was a barely known and large-scale Roy Lichtenstein painting from 1969, “Study for Peace Through Chemistry” that sold to an otherwise anonymous U.S. collector on Thursday at Zurich/St. Moritz Galerie Gmurzynska for a reported $12 million.

The gallery would not confirm the price (first reported by Charlotte Burns on Art Agency Partners’ blog spot) though Mathias Rastorfer, the gallery’s ceo and co-owner noted, “…it was reserved within the first hours on Wednesday and confirmed on Thursday.”

Scaled at 50 x 90 inches and executed in the artist’s alchemical blend of oil and magna on canvas, the painting was exhibited in public one time before, at the now shuttered and still storied Galerie Beyeler in Basel Switzerland from June to September 1973.

Beyeler published a 57 page catalogue, including statements by the artist, who by then was a globe trotting Pop Art star

There are eight known versions of the hard-edged and crisply composed composition that seemingly celebrates the wonders of science in a jazzy, Fernand Leger infused style that fairly screams ROY LICHTENSTEIN and is part of the artist’s series of “Modern Paintings.”

Think General Electric of America’s industrialized Golden Age where pitchman Ronald Reagan repeated Mantra like on television, “Progress is our most important product.”

The year 1969 was especially propitious for the artist since it was the year of his first New York retrospective at the Solomon R. Guggenheim Museum.

Lichtenstein’s meticulous approach, as noted by the full blown media march to the final painting is detailed on the data rich Roy Lichtenstein Foundation website and its handy, decade by decade organized “Image Duplicator.” 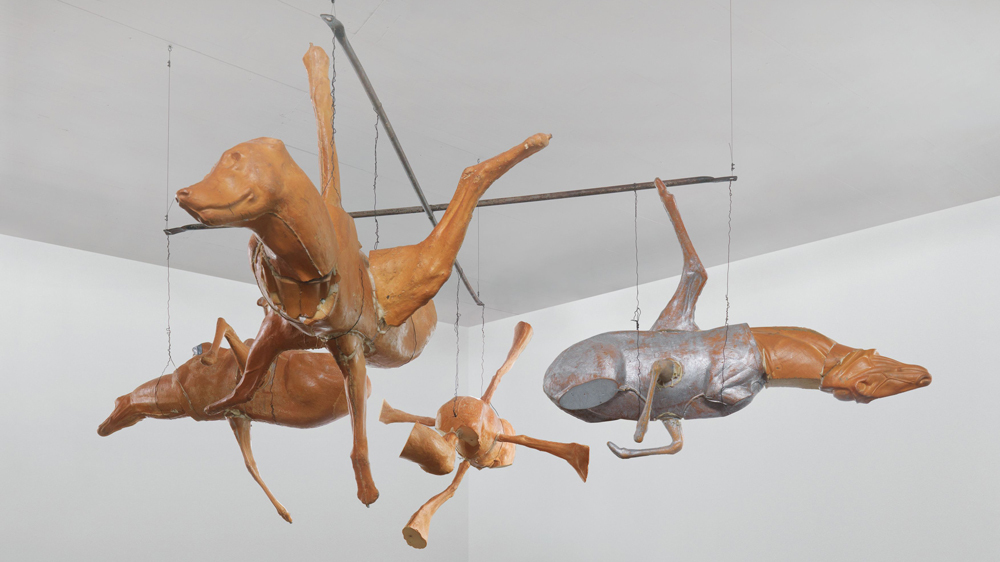 The runner-up at Miami Beach, at least price-wise, was the important and still threatening looking Conceptual sculpture, Bruce Nauman’s “Untitled (Two Wolves two Deers)” from 1989, a unique hanging work in polyurethane foam, glue, and steel wire that briefly dominated the large-scale stand of New York/London/Zurich/Hong Kong’s Hauser & Wirth where it sold for $9.5 million to an Asian client, according to the gallery.

While those transacted numbers sound bullish as they well may be, the Miami Beach price points lag far behind the $30 million plus price tag realized back in June 2014 at Art Basel in Switzerland when New York/London dealer Skarstedt sold Andy Warhol’s super-sized and pink hued “Self-Portrait (Fright Wig)” from 1986 by the opening bell of the v.i.p. vernissage.

In fact, most art prices sound puny compared to the $450.3 million snagged by Leonardo’s 500 year old “Salvator Mundi” that sold at Christie’s New York last month and obliterating in its mighty wake any logic in terms of what the art market might bear.