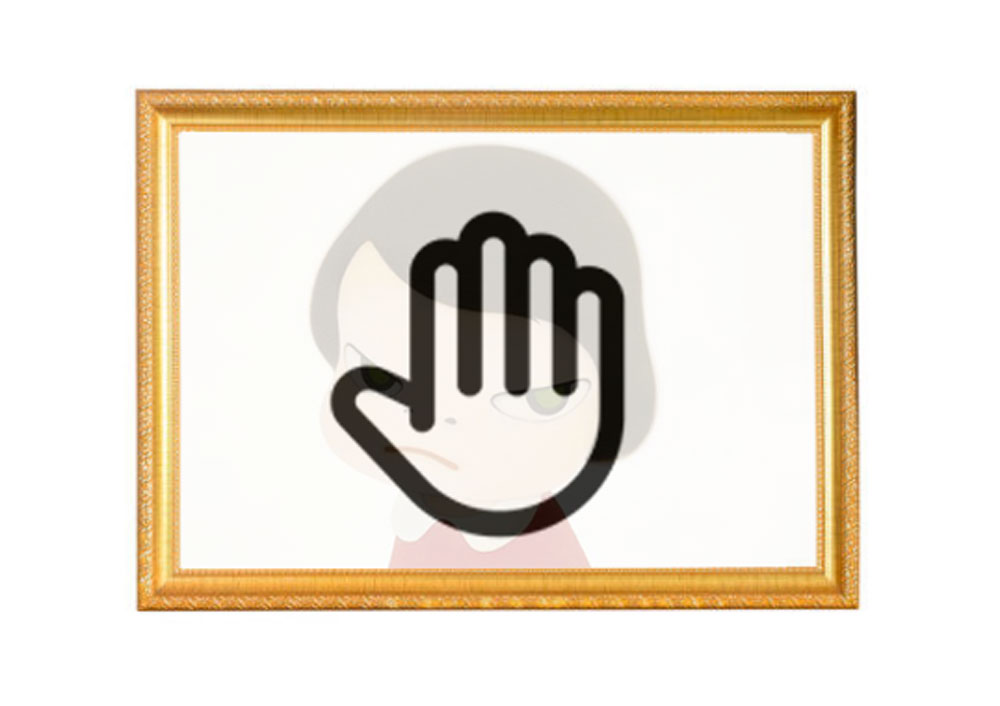 Fair Warning’s strict no screenshot policy on the app maintains the mystery.

Estimated at $800,000-1.2 million, the single-figure little girl with big eyes, a page boy like hairstyle, outfitted in a simple shift dress and exuding lots of attitude, attracted four bidders in a barely four minute contest that elicited thirteen bids at mostly $20,000 increments.

In this iteration, the deceptively simple and serially cute kawaii figure’s right eye is covered by a flag-like patch or bandage, not black like a pirate’s, yet convincingly mysterious—does it cover an injury, a recent visit to the ophthalmologist or a puerile fashion statement? 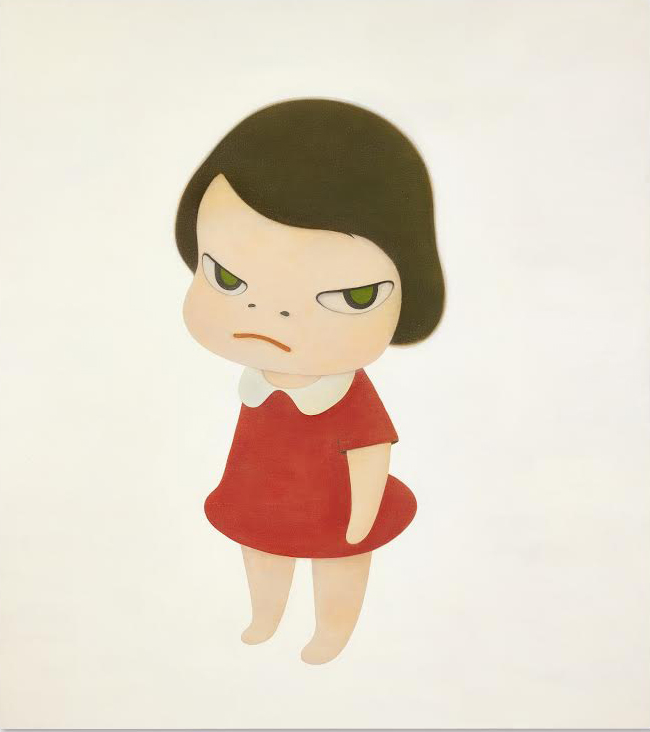 While 30 Nara paintings have sold for over two million dollars according to the Artnet data base, topped by the 92 by 82 inch “Knife Behind Back” from 2000 that fetched a record $24,962,180 at Sotheby’s Hong Kong in October 2019, obliterating the mark of $4.4 millon set at Christie’s New York five months before. This example would rank 63rd if it was included in that data mix.

Still, the stealth layered collage is the most expensive Nara at that small of a scale to sell at auction and illustrates the artist’s continued drawing power in the market place, even on the Spartan app of the three month old, members only Fair Warning site that bills itself as a “curated, private auction platform.”

The timing couldn’t have been much better, given the opening of Nara’s “After All I’m Cosmic Dust” exhibition at Pace Gallery’s 25th Street flagship on the 18th, a continuation of the summertime unveiling at the gallery’s East Hampton, Covid inspired outpost.

Nara’s scheduled and first time international retrospective at LACMA (with stops at the Yuz Museum in Shanghai, the Guggenheim Bilbao and the Kunsthal Rotterdam) has been postponed due to the Pandemic but the $100, 330 page Phaidon monograph of his multi-faceted work by Yeewan Koon is readily available.

(The Los Angeles venue is fitting since Nara’s first exposure in the U.S. came with his 1995 debut at Blum & Poe in L.A.).

Like Kaws and Warhol (at least through the latter’s posthumously formed foundation), Nara is a global marketeer with a fun line-up of neo-Pop plush toys, t-shirts, skateboards and other branded ephemera copiously available to the general public.

Back in auction land, it appears that Fair Use and its creator Loic Gouzer are stepping back from the recent limelight and going ‘stealth,’ apart from its vetted membership.

That became apparent on Thursday after taking a screen shot of the Nara on the Fair Warning site and getting an instant message pinged back that such actions are verboten. Hello Big Brother of the art world!