There were (at least) two paintings at The Armory Show 25 from galleries that I follow and that I fancied from a viewing distance.

Both found actual buyers at the recent fair that concluded on Sunday March 10.

Interestingly, at least for me, the age difference of the two artists was over five decades, with Frank Bowling at L.A.’s Marc Selwyn Fine Art at 85 and Devan Shimoyama at Chicago’s Kavi Gupta Gallery all of 29. 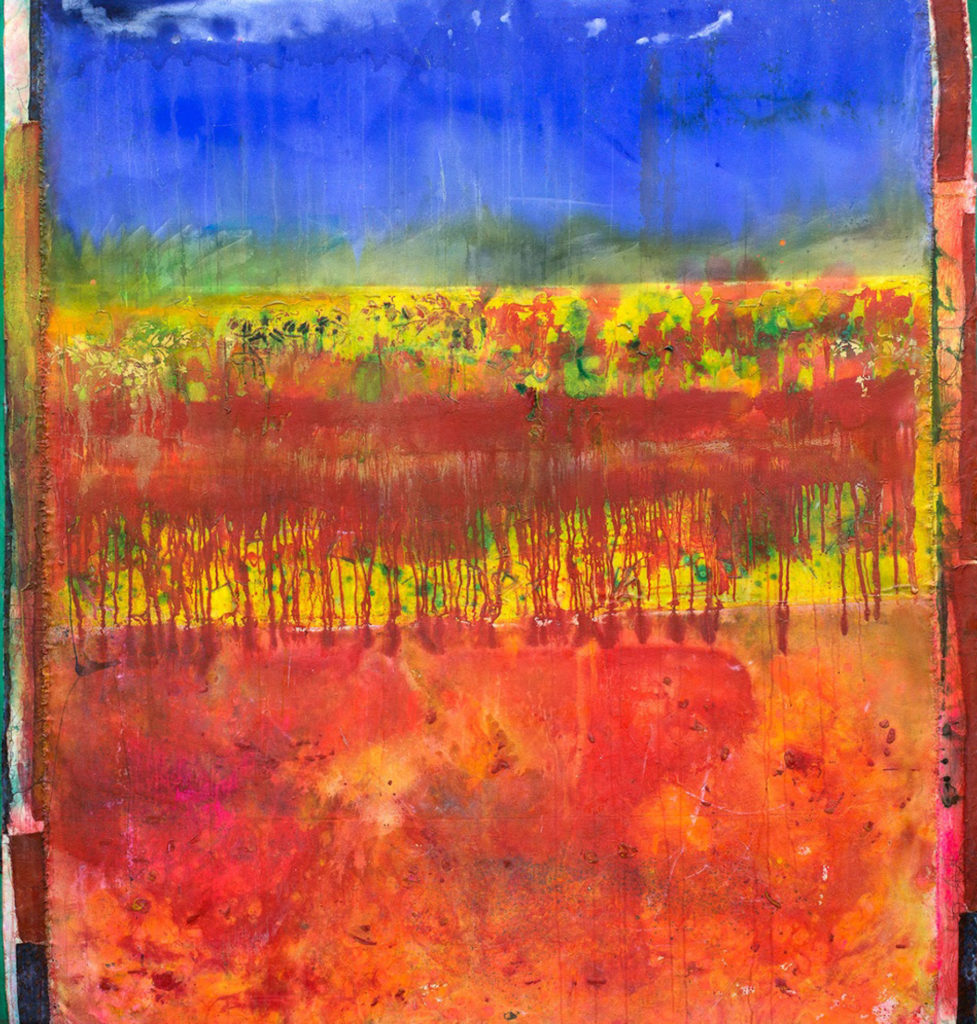 Bowling’s large-scale abstraction, “Remembrance Saturday with Marcia Scott” from 2013 and measuring 83 ¼ by 79 ¼ inches, is executed in acrylic on canvas, and bears a strong and respectful Mark Rothko influence, with touches of Gerhard Richter and Color Field painters.

(not surprisingly, arch critic Clement Greenberg was a big fan, and Bowling was about the only non-American artist Greenberg championed).

Bowling’s colors are luscious and layered, with this example bearing a symbolic red poppy mounted in the center of the canvas, and a title reference to that famous poem, “Flanders Field,” commemorating a friend killed during World War I as well as the alive and well abstract painter Marcia Scott.

Bowling is British, via Guyana and will be featured in his first major retrospective at Tate Britain in May.

Selwyn sold the painting for $210,000, a seeming bargain in the harsh light of the global art market where lower six-figure prices can barely touch mediocre works by blue chip artists. 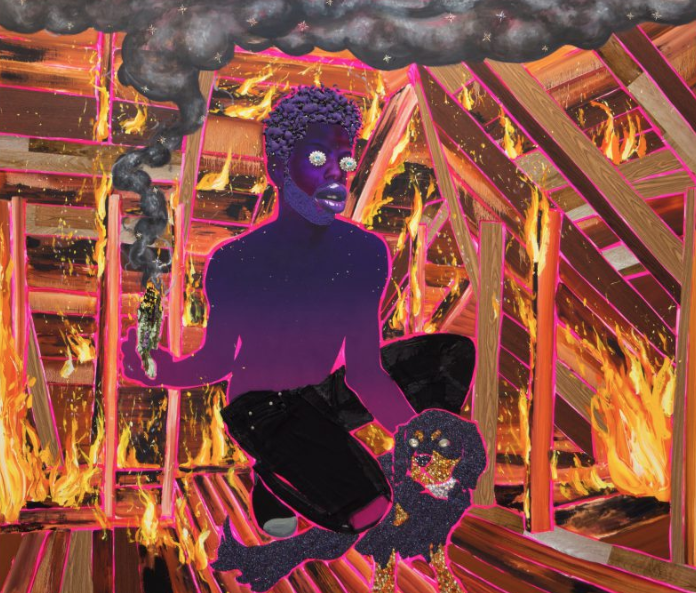 Two aisles over at Chicago’s Kavi Gupta Gallery, a similarly scaled (at 72 by 84 by 2 inches), mixed media figurative work on canvas by Devan Shimoyama, “We Named Her Gladys” from 2019, bursts with flaming action, or so it appeared.

A central, bare-chested and bearded figure in jeans, sporting eyes comprised of chunky, rhinestone clad costume jewelry, kneels to pet or protect a dog on what appears to be a burning fire escape. 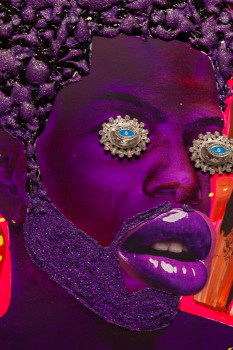 The rescue scene, as if constructed for a super hero Hollywood set, is both wildly decorative, yet apocalyptic.

It delivers the kind of quirky combination the Pittsburgh based, fast emerging artist is already well known for, as evidenced by his recent (2018) exhibition at the Andy Warhol Museum in Pittsburgh.