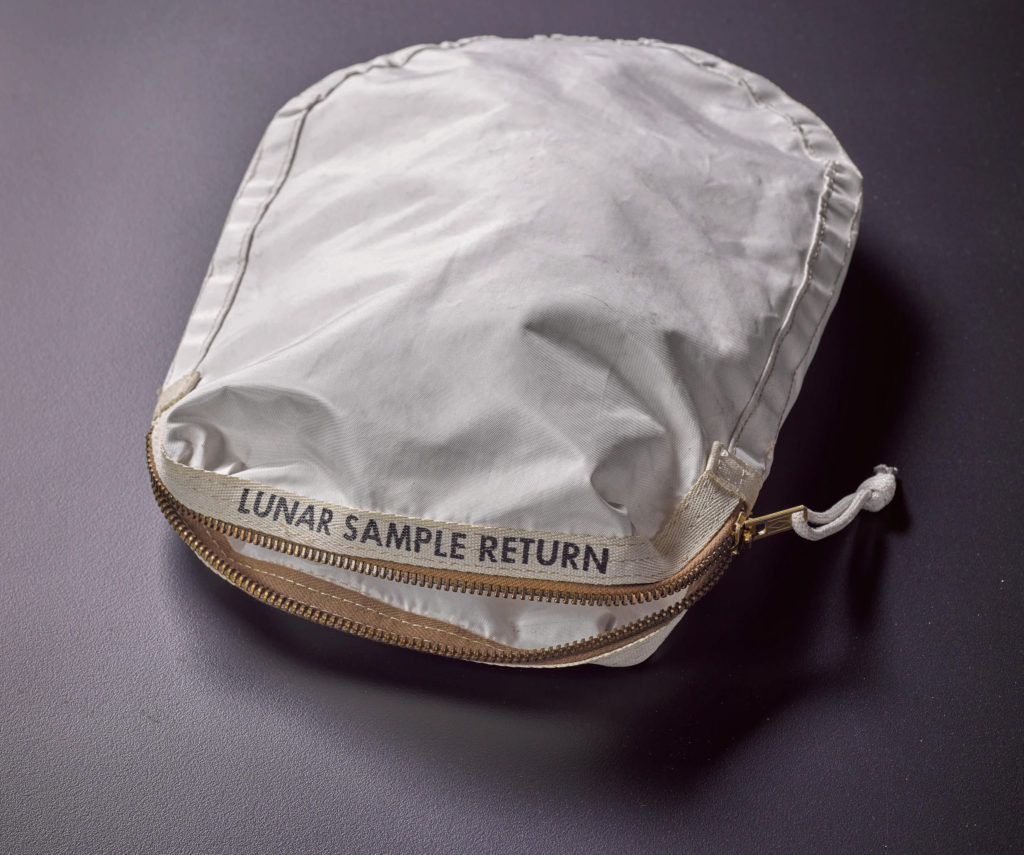 The star of the auction was the lunar sample bag used by astronaut and mission commander Neil Armstrong to collect the first samples of lunar materials, aka moon dust, and bring it safely back to Earth that sold to an anonymous American buyer for $1.8 million (estimate $2-4 million).

It represents the highest price ever fetched for an American space artifact.

Though the price, including the buyer’s premium, fell short of the low estimate, it was a huge windfall for the savvy seller and space enthusiest, Nancy Lee Carlson of Inverness, Illinois who acquired it from a U.S Marshall Service auction held at Gaston & Sheehan Auctioneers in Pflugerville Texas in February 2015 for $995. 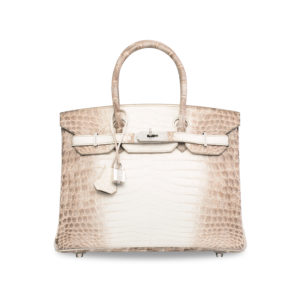 In any case, the lunar sample return bag, which still holds traces of moon dust and made of the same kind of flame retardant material as space suits, easily rates as the most expensive bag of any kind, utilitarian or luxury, in auction history, easily outdistancing, for example, the white crocodile-skin, jewel encrusted and 18 karat gold adorned Birkin handbag by Hermes from 2014 that fetched HK2.94 million/$380,000 at Christie’s Hong Kong sale in May.

Remarkably, the bag has a colorful provenance and though it was meant to go from its collection point at the Johnson Space Center to the Smithsonian Institution in Washington back in 1969, a glitch left it behind.

Another collector, former curator Max Ary reportedly associated with a space museum in Kansas, got hold of the bag and had it until it was seized along with other related and purlioned space items by the FBI after the collector was convicted of theft and financial crimes.

Eventually, an otherwise unnamed Illinois lawyer acquired the white, zippered bag with its bold face ID in black, LUNAR SAMPLE RETURN on the front of it at the Texas auction in 2015.

The new owner sent the bag to NASA for testing in 2016 and it was confirmed the bag was from the Apollo 11 Mission and contained authentic traces of lunar dust..

Other sought after items at Sotheby’s from that 1969 mission, representing the first human touch down on the moon, was lunar module Eagle pilot Michael Collins’ “Crew-Signed Apollo 11 Emblem (flown to the moon)” that fetched $68,750 (est. $40-60,000).

But the sale’s stand out bidding drama was reserved for the “Apollo 13 Flown Flight Plan with Extensive Annotations by the Crew,” which soared past expectations, hitting $275,000 (est. $30-40,000).

Apollo 13 was the near fatal mission in 1970 when an oxygen tank exploded, cripling the service module and forcing the crew to abort the lunar landing. The astronauts made it safely back to Earth six days after the launch and that drama was artfully captured in Ron Howard’s 1995 Oscar winning Hollywood film “Apollo 13.” 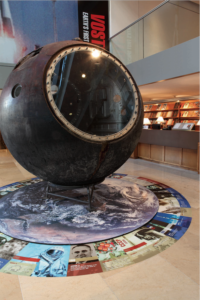 The undisputed star of that auction, however, failed to sell when the incredibly rare and Soviet made “Vostok 3KA-2 Test Space Capsule,” billed as “Earth’s first space ship,” failed to sell against an estimate of $800,000 to $1.2 million.

That spurned object, crafted in aluminum alloy and which carried cosmonaut-mannequin Ivan Ivanovich and Zvezdochka, a real dog in March 1961, came back to market at Sotheby’s New York in April 2011 when it made $2,882,500 (est. $2-10 million), still the highest price for any space artifact sold at auction.

It was the final test mission and prototype vehicle that led to Yuri Gagarin’s first manned space flight in an identical capsule that took place just 18 days later.

The Vostok was the only Russian spaceship held in private hands, with the other surviving capsules sheltered in Russian museum collections.

“Reflecting the enduring and universal fascination with space,” commented Cassandra Hatton, senior specialist of Sotheby’s Books & Manuscripts Department who ran the sale, “the $1.8 million achieved for the Apollo 11 lunar sample bag and strong price for objects related to other missions were driven by over 500 participants from dozens of countries with many buyers new to Sotheby’s.”