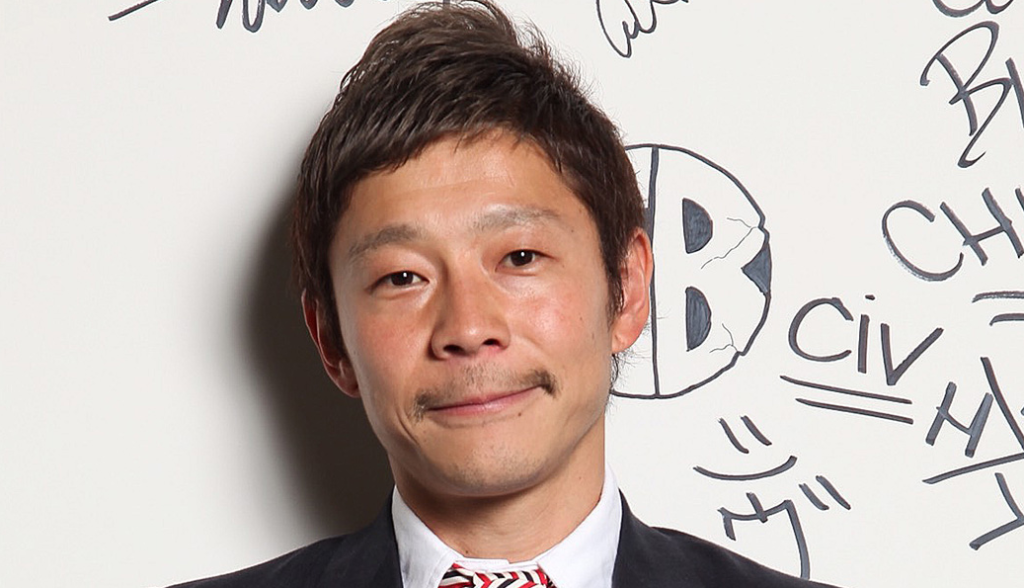 The mystery telephone buyer of five major works at Christie’s $318 million evening sale of Post-War and Contemporary Art on Tuesday — including a record-setting Jean-Michel Basquiat painting that went for $57.3 million — has identified himself.

He is Yusaku Maezawa, a 40-year-old Tokyo based entrepreneur and founder of the Contemporary Art Foundation there, as well as of the online retail website Zozotown.

“He’s a self-made billionaire,” said art dealer Barbara Bertozzi Castelli of the Leo Castelli Gallery. “He’s a real collector, and by that I mean he basically looks at what he likes and you don’t need to sell him anything. He’s a really passionate guy who has an eye and he buys what he likes. It’s what we need these days, someone with passion and an eye.” In a statement released through Christie’s, Maezawa said, “Generationally, I relate to Basquiat’s culture and the essence of his life story.”

Describing his fascination with the artist, Maezawa said that the painting was first exhibited in Tokyo in 1985 (in a solo show at the Akira Ikeda Gallery) and that “for Japan, this was an art historical moment.”

“To have encountered such a superb painting, gives me great joy from the bottom of my heart,” Maezawa continued, and I feel privileged and honored to own it.”

The painting seems to have found a long-term home, judging from the young collector’s apparently heartfelt comments. “I felt I had a personal responsibility to take care of this masterpiece and preserve it for the next generation,” Maezawa said.

Though little is known about the Contemporary Art Foundation, the statement said it “hosts collection shows twice per year and we look forward to sharing the painting with the public in the near future.”

A source in New York who knows the collector said Maezawa was planning to open a guesthouse for Japanese artists in London so they could experience contemporary Western art first hand.

The foundation’s website states that the aim of CAF is “to contribute to the promotion of contemporary art by helping young artists and young musicians improve their skills.”

One of its exhibitions in 2015 included the work of On Kawara and Donald Judd, according to the website. The current exhibition is titled “Generation Y: 1977,” and has work by Lynette Yiadom-Boakye, Jonas Wood and Adrian Ghenie.

The sudden and dramatic arrival of Mr. Maezawa on the scene — and his blitzkrieg of acquisitions at Christie’s, which accounted for a sizeable chunk of the evening’s $318 million total — brings to mind the end of the ’80s art boom, when Japanese collectors Hoovered up evening sale material and, on at least on one occasion in 1990, came to an evening auction with a film crew in tow.

But this time, Mr. Maezawa sure sounds like the real deal.