Skip to contentSkip to content
Forbes
The Slyest Bidder – Today’s Auction Houses Would Love to Become Your Best Friends.
October 1, 1999 by Judd Tully 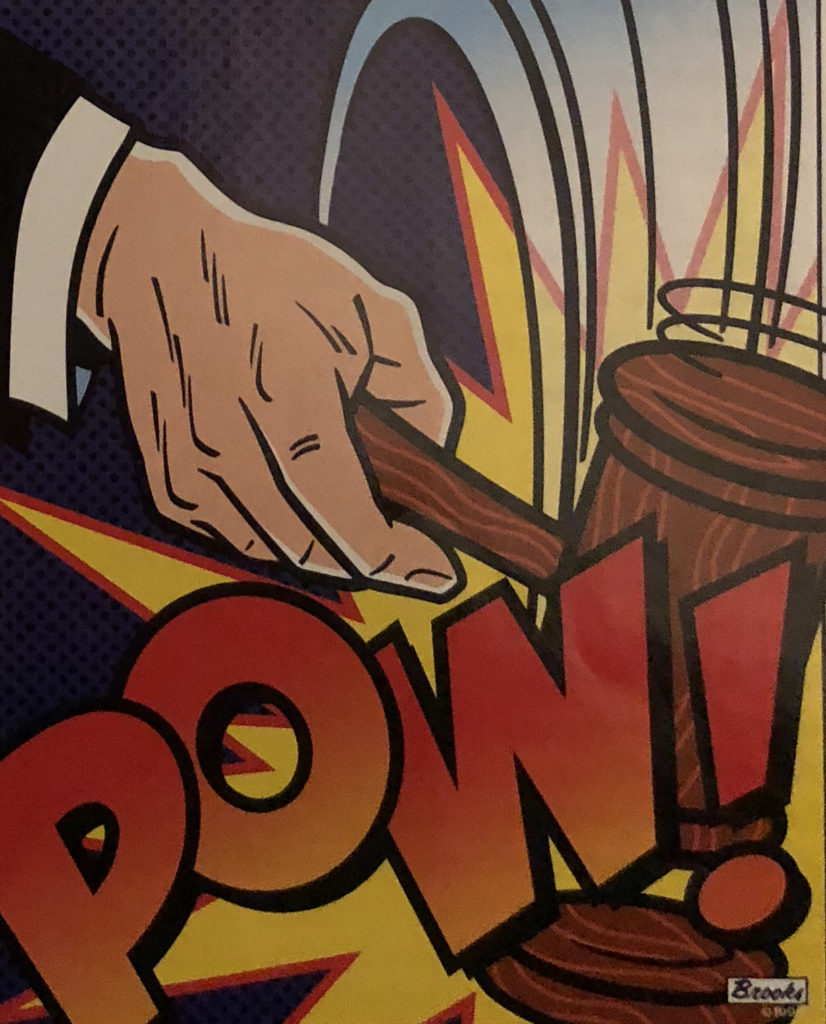 A Sleek group of thirty-somethings was swilling cosmopolitans and munching speared morsels of chicken satay off shiny silver trays at a reception hosted by Christie’s at its Park Avenue showroom last year. The revered auction house, founded in London in December 1766 by Mr. James Christie, the gentleman who perfected the art of auctioning off the “household” property of various noble personages—preferably deceased, divorced or in dire debt—was looking for new blood to buy art.

The evening began with a select panel of contemporary art experts and collectors discussing the brain-taxing quandary of “collecting after the modern era.” The stereo sounds of clinking ice cubes and inattentive chitchat drowned out much of the discussion, though Thea Westreich, one of the panelists, spoke loudly of her sole mission in “finding the key to unlocking the door of a collector’s passion”—implying that buyers of art need help to make the right purchases, especially if they don’t know what they’re looking for.

Indeed, as the art market surges forward, thanks largely to unprecedented prosperity, the major auction houses and a gaggle of elite private “advisers” like Westreich are tripping over themselves to provide what they hope it takes to initiate prospective clients into what is often referred to as the world’s second oldest profession. But be-ware that the ultimate aim of such services is to both boost the market and lighten your wallet; a healthy degree of skepticism and a fair amount of self-education are necessary to thrive in this go-go environment.

“The auction houses want to corner any new blood that comes in there and then convince them that the sales-room is the most democratic place to buy art,” says Robert Monk, a curator at New York’s Gagosian Gallery and a former head of Sotheby’s New York contemporary art department. (Monk notes that while a buyer can pay $60.5 million for a Cezanne, as happened last May at Sotheby’s, the real money the auction houses make comes from less endowed buyers, who spend anywhere between $100,000 and $500,000 for a single work of art).

Back at Christie’s contemporary art sale the evening after the cosmopolitan soiree, art adviser Westreich was on hand with a plastic bidding paddle (numbered like a license plate and duly recorded beforehand by the auction house, along with the bidder’s particulars and credit references), a sliver of interest. “The client-services person is the orchestrator of the auction house,” says Patrick Cooney, a Manhattan private art consultant and former executive head of Christie’s Client Services. “They can bring in all of the expertise internationally that the client needs. And depending on who the client is, they’ll do everything soup-to-nuts, including hanging the artwork on the client’s wall.”

Clearly, auction houses are not the snooty, discriminating patricians of yore. Now they actually want to be your friends. For instance: Need an infusion of cash to tide you over art-shopping spree? Sotheby’s will don its private banker’s hat and gladly write you a check, charging just a wee bit of interest over prime and using your ex-isting art collection as collateral. And Christie’s will provide similar services once a client’s credit worthiness has been substantiated.

Other deep back bends: Several art seasons ago, an important client of Christie’s expressed interest in an Impressionist painting coming up for sale and wanted to view the work firsthand. To accommodate the cli-ent’s fiendish, master-of-the-universe schedule, a coutured and platinum-haired client services specialist whisked the seven-figure painting from its place inside Christie’s high-security vault in London out to a waiting limo and proceeded to the Concorde VIP lounge at Heathrow airport so the collector could view it for a few privileged minutes before returning to New York. According to a reliable source, the elaborate errand paid off handsomely—the collector bought the picture the following week, bidding anonymously by telephone.

A word of caution about this practice. Though the auction houses make it devilishly easy for spotlight-shy art lovers to bid in absentia—re-laying their bids to a client-services representative stationed in the sales-room—you can easily wind up bid-ding against an imaginary adversary, a practice affectionately known in the trade as “bidding off the chandelier.”

Actually, the believe-it-or-not-legal ruse of the auctioneer taking bids out of thin air is the auction house’s way of bidding on behalf of the seller, all the way, if necessary, to a single bid shy of the “reserve” price. That is the secret minimum amount agreed to beforehand between the seller and the auction house that a work can sell for. The reserve is usually pegged close to (say, 10% under) the pre-sale low estimate published in the auction catalogue, though more desperate sellers may opt for a rock-bottom reserve or, even more rarely, none at all.

Many times, however, unsuspecting bidders at auction have bought artworks or high-priced decorative objects without a genuinely contend-ing bid in sight. That was much in evidence at Christie’s London Impressionist and 19th-century sale last year when a lone telephone bidder swallowed the auctioneer’s bait and bid £380,000 for a Camille Pissarro landscape from circa 1878. Though it appeared a good buy, going for £20,000 under its low-estimate, the bidder had no clue as to how gloomy the atmosphere was at that moment in the salesroom: so percent of the lots offered previously had failed to find buyers. It was not a surprise when the visibly relieved auctioneer uttered a hearty “congratulations” to the absent buyer.

But any number of these studied feints and insider-like maneuvers that are so critical to playing this difficult game well may soon become obsolete. Christie’s and Sotheby’s have joined the Internet revolution and are developing their own cyberspace platforms to bid online like the one eBay pioneered in 1995. Both Christie’s and Sotheby’s promise on-line auctions by the fall and expect to draw in hordes of new recruits who’ll bid without having to learn the art of wielding an auction paddle or spot-ting a chandelier bid.

For the time being, however, some buyers can reap added benefits and play their own hand at one-upsmanship without the bother of double-clicking a mouse. That’s exactly what California billionaire and super-collector Eli Broad did at Sotheby’s several auction seasons ago, acquiring “…I’m Sorry”, Roy Lichtenstein’s circa 1965 Pop Art classic of a tearful blonde beauty, for $2.47 million. At the time, Sotheby’s accepted, on an exclusive basis, the American Express card and broadcast that special service in marketing soundbites around the globe. Broad plunked down his Amex card as payment, picking up a windfall of some 2.47 million air miles gratis—which he donated to charity—thanks to a membership program Amex was promoting at the time. Rumor was Sotheby’s also got nailed with at least a one-percentage-point handling charge from Amex of the final price, which chipped into the $227,500 take of Broad’s buyer’s premium (figured at 15% on the first $50,000 and 10% thereafter).

Within months, Sotheby’s retired its Amex mantra. It still accepts MasterCard and Visa for purchases, however, for “up to a level of $25,000 per sale.” Those cards offer air mile bonuses as well, and at a buck a mile, that’s about the equivalent of an airline upgrade from coach to business class.

For those plucky observers who want to take the plunge and bid at auction, several pointers culled from a handful of leading experts in the field will save you from making any egregious mistakes.

First, determine your category of interest, then find out who the leading dealers are in that category. Resources include the Art Dealers Association of America; any one of a number of art fairs, such as the one at Chicago’s Navy Pier; and the Internet. The last is an ideal place to find reference books on a category, and many museums have web sites of their own. While the Net increases access, though, it also makes it much more difficult to verify the provenance and condition of, say, a piece of sports memorabilia. Always ask for documentation or accountability from the seller.

If you’re a first-time prospective buyer, visit the auction house on the first day of the pre-auction viewing so you have time to check out the pieces for yourself and decide how much you’re willing to spend. “Do your homework and establish a value on the object before bidding on it,” counsels John Herring of John & Paul Herring & Co., a top Manhattan private dealer. “Don’t just go there and bid and bid and bid because the other guy [who’s bidding against youl must know what he’s doing. Never assume that.”

Don’t be afraid to pose questions. “You should ask, not assume that the catalogue indicates the true history or complete details of a work of art,” adds Herring. “The auc-tion house doesn’t want to say a particular work bought in [failed to sell] in their last sale. It’s a selective memory.” If you plan on bidding at an out-of-town sale, remem-ber that you’ll be paying shipping costs on anything you purchase, and always ask for a condition report on the pieces you’re interested in.

Two excellent resources for auction greenhorns are C. Hugh Hildesley’s The Complete Guide to Buying and Selling at Auction (W.W. Norton & Co.). The bone-dry but informative account by the Sotheby’s executive and seasoned auctioneer is a decent though decidedly unjaded primer to this smoke-and-mirrors world.

For discerning collectors with plenty of money but little time, Boulay 300 is a useful and stylish guide to what’s worth bidding on out there. Published out of London ten times a year, Boulay highlights 300 of the most significant lots coming up for sale, with photographs, estimates and pithy analysis to get you intrigued. Publisher Jeffrey Coorsh says about 60% of the lots Boulay covers are put up by Sotheby’s and Christie’s, with the rest coming from other “terrestrial” auctions. If the editors aren’t combing eBay for items just yet, at least they’re covering the rush to on-line auctions- as well as collecting trends, news and gossip.