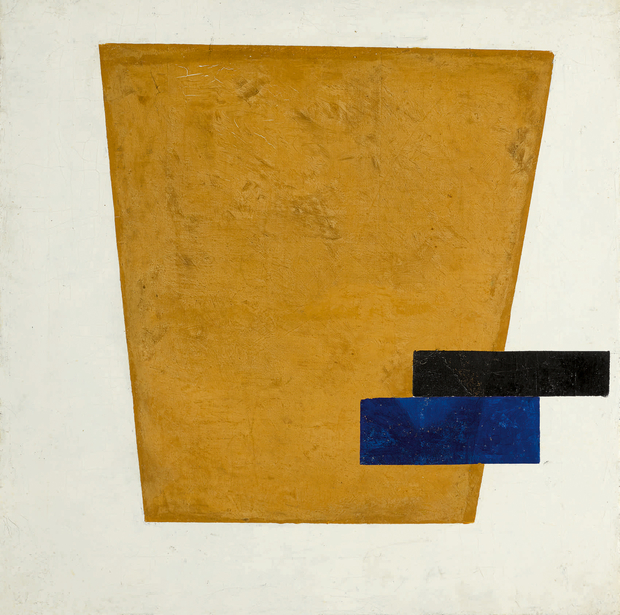 Though hardly exciting, and for the most part, hum drum, apart from a few bouts of auction fever, Sotheby’s Impressionist and Modern evening sale pulled in a respectable $173,840,000.

Thirteen of the 50 lots offered failed to sell for a flabby buy-in rate by lot of 26 percent.

The tally fell comfortably midway between pre-sale expectations of $147-210.4 million.

That estimate was shaved by $30-40 million after the 11th hour withdrawal of the cover lot, a 1909 Egon Schiele painting, pulled at the request of the seller.

Twenty-seven of the 37 lots that sold made over a million dollars and of those, five sold for more than $10 million.

Estimates do not include the buyer’s premium (the entire sale hammered at $149.2 million before fees).

London dealer Offer Waterman was an underbidder on the Archipenko. The work previously sold in June 2015 at the Richard Opfer Auctioneering Inc. in Maryland for $425, quite a shrewd bargain for that buyer/flipper.

It was backed by a third party guarantee and previously sold at Sotheby’s New York in November 1997 for $680,000.

The rare and brawny bronze attracted ten bidders and set off a raging and drawn out contest between a bank of anonymous telephones, finally selling for $15,987,500 (est. $4-6 million).

It was backed by an irrevocable bid though it hardly needed it.

Set on a richly patinated butcher block stand, the bronze king and queen seated on a bronze chess board, entered Motherwell’s collection in 1973.

Both Ernst and Motherwell were both avid players and close friends and Motherwell originally received the plaster model of the sculpture from the artist and safeguarded it from Ernst who was unhappy with its neglected reception and intended to destroy it, according to the catalogue entry.

Motherwell eventually had the original plaster cast in bronze at the Modern Art Foundry in Queens and Ernst arranged to gift one of the casts to Motherwell.

The last time a “Le Roi Jouant” bronze appeared at auction was in November 2002 when it made $2.4 million, until tonight the highest price for an Ernst sculpture at auction.

Lavishly featured in the catalogue under the enthusiastic heading, “Shaping a Legacy-Sculpture from the Finn Family Collection” realized $26.9 million for the five works that sold, all backed by irrevocable bids.

London art advisor Hugo Nathan of Beaumont Nathan was the underbidder on the Arp.

Though not exactly a stand alone sculpture, and more fitting for a design auction, Diego Giacometti’s stunning, room sized library festooned along the top with cast animal figures, “Bibliotheque de l’lle Saint-Louis” in wood, metal and bronze from circa 1966-69, sold for a record $6,312,500 (est. $2-3 million).

It was featured in last June’s Design Miami Fair in Basel where it sold for what is understood to be a €2 million figure.

Like the small Arp, a fast thinking buyer made a justifiable killing tonight.

Among a largely underwhelming group of Impressionist era fare, Claude Monet’s blue sky view of Vétheuil from 1880, depicting a scenic town where Monet and his family lived from 1878-1881 and first exhibited at Galerie Bernheim Jeune in Paris in 1911, sold to a telephone bidder for $5,075,000 (est. $4-6 million).

All three works were financially backed by third parties, and that was also the case with Pablo Picasso’s late yet jaunty and cavalier like “Tete d’homme” from 1969, a swashbuckling oil featuring a bearded musketeer type that sold again to the telephone for $10,925,000 (est. $8-12 million).

Most of the big lots carried financial backing, including Claude Monet’s murky and fragment like “Le Bassin aux Nympheas,” stamped with the artist’s signature and dated 1917-1920 that sold to the telephone for $15,987,500 (est. $14-18 million).

Late Monets that were signed by the artist carry considerably more market weight as opposed to those that were left in his studio and stamped posthumously by his dealers.

The range of artistic styles and periods made for a somewhat interesting though mixed evening, at least art historically speaking, as a fantastically rendered and early Edgar Degas, “Petites Filles Spartiates Provoquant des Garcons”, an oil on canvas from 1860 and featuring, as the title informs us, a group of youthful nudes, sold to a telephone bidder for $6,087,500 (est . $4-6 million).

The full-scaled masterpiece of the same subject resides in London’s National Gallery of Art while two of the other studies are harbored in the Art Institute of Chicago and the Harvard Art Museum in Cambridge.

Hugo Nathan was the underbidder.

“My client,” explained Nathan, “had never seen it in the flesh and if he had, he would have never stopped bidding. It is like an old master, you’ll never find another and it would be a highlight in any museum in the world.”

But it was a rare to market Kazimir Malevich oil on canvas, “Suprematist Composition with Plane in Projection” from 1915 and most recently featured in the artist’s acclaimed Tate Modern retrospective in 2014 that captured the fancy of the salesroom and realized the evening’s top lot price of $21,162,500 (est. $12-18 million).

Though slow to catch fire, three determined telephone bidders drove the price well past its estimate.

“The Malevich,” said Helena Newman, tonight’s deft auctioneer and chairman of Sotheby’s Europe, “is symptomatic of today’s market—it ticks all the boxes, representing the best of the best of 20th Century art.”

The evening action resumes on Wednesday at Christie’s Post-War and Contemporary Art sale. 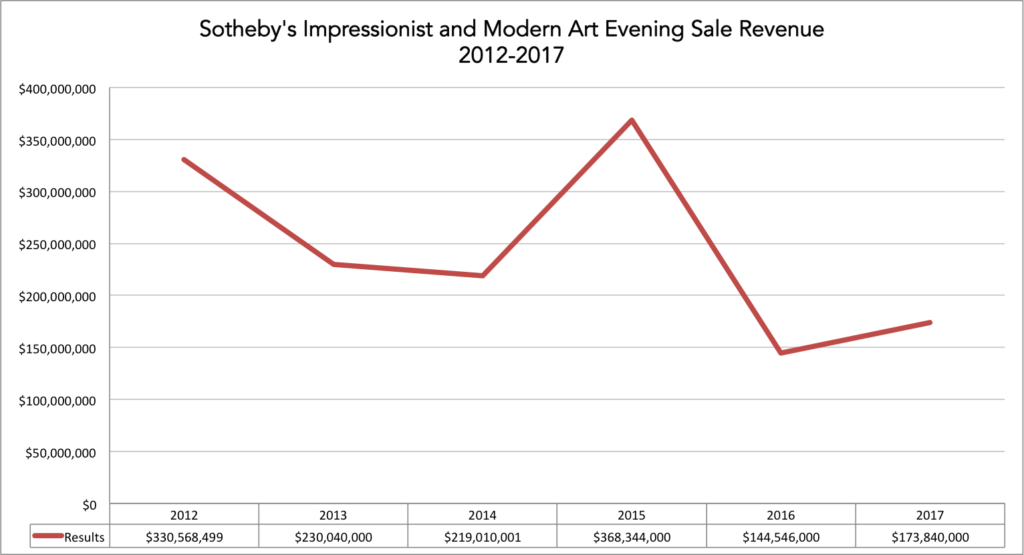